Ahh, the PlayStation Vita: an amazing handheld that had its life cut short. While the name is incredibly ironic, it still has a diehard audience that will continue to love and treasure the system. But how is a system so loved within its community considered a commercial failure, and how did the Nintendo Switch take its idea and run with it? Let’s dive in. 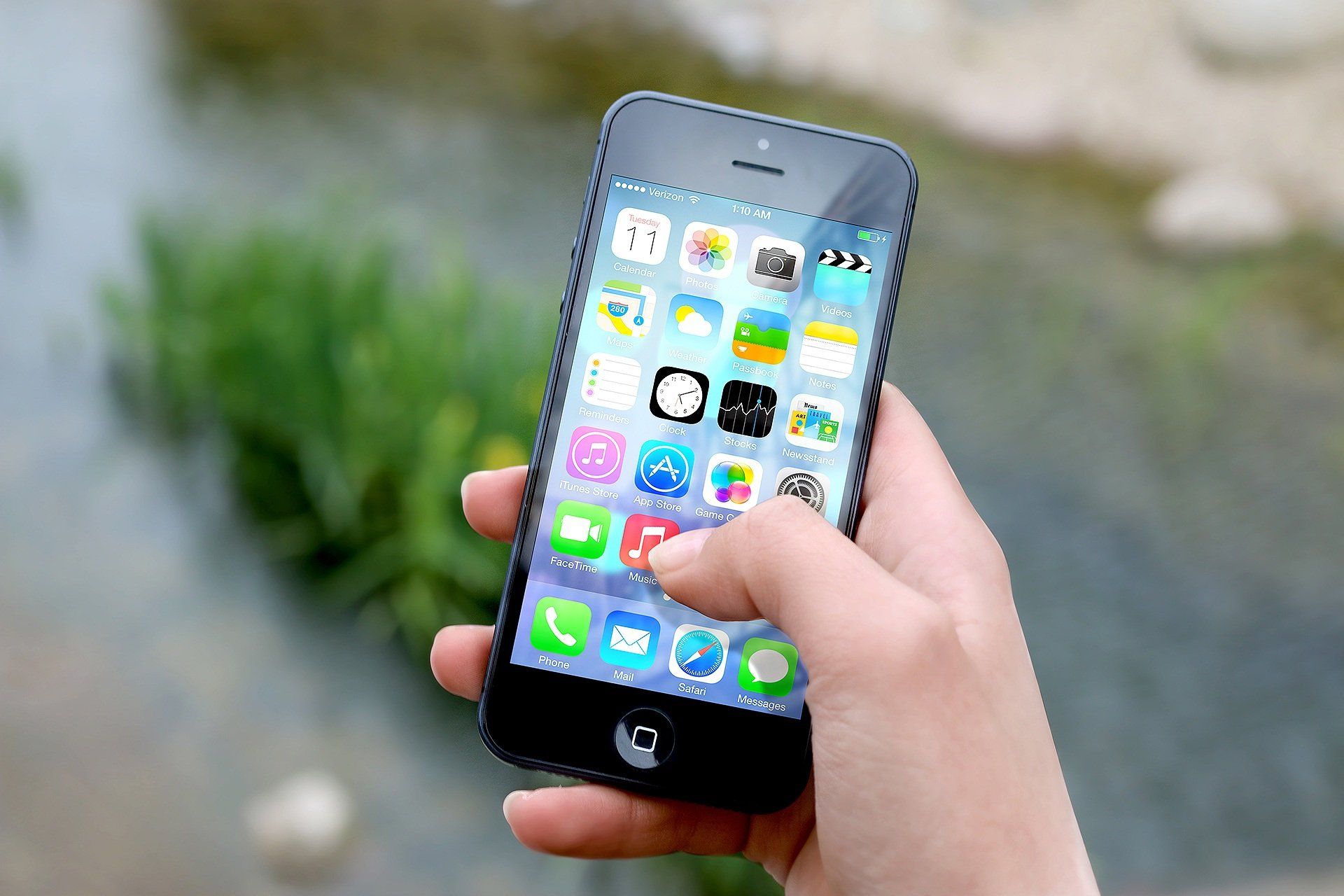 Competition was fierce in 2012. Apple and Android devices were skyrocketing in popularity, and the Nintendo DS was a massive hit for Nintendo with the 3DS releasing the previous year. The PlayStation Vita was facing some mighty adversaries.

Sony’s device cost $249 and offered some spectacular PS3-like visuals on portable hardware. It offered an OLED screen with two sticks for FPS and third-person shooter gameplay. Its predecessor only had one. It launched with Uncharted: Golden Abyss which used all of the device’s features in inventive ways and showed the potential of the system. Everything seemed to be going well with some impressive exclusives along the way, but it all went wrong.

Games began to be more expansive within the mobile market as graphics improved, and most were craving casual experiences for quick breaks. Phones could also login to Netflix, YouTube, and Gmail at a swipe of the finger. It was an all-in-one alternative as opposed to the gaming-oriented 3DS and Vita. Now, you had to decide whether or not to carry two devices at all times. Gone were the old days of carrying a Game Boy or even PSP in your pocket. The phone was everything you needed for both business and game time. As a retail worker at the time, I heard this argument over and over again from consumers as I tried to sell the incredible Vita tech that I bought on day one. 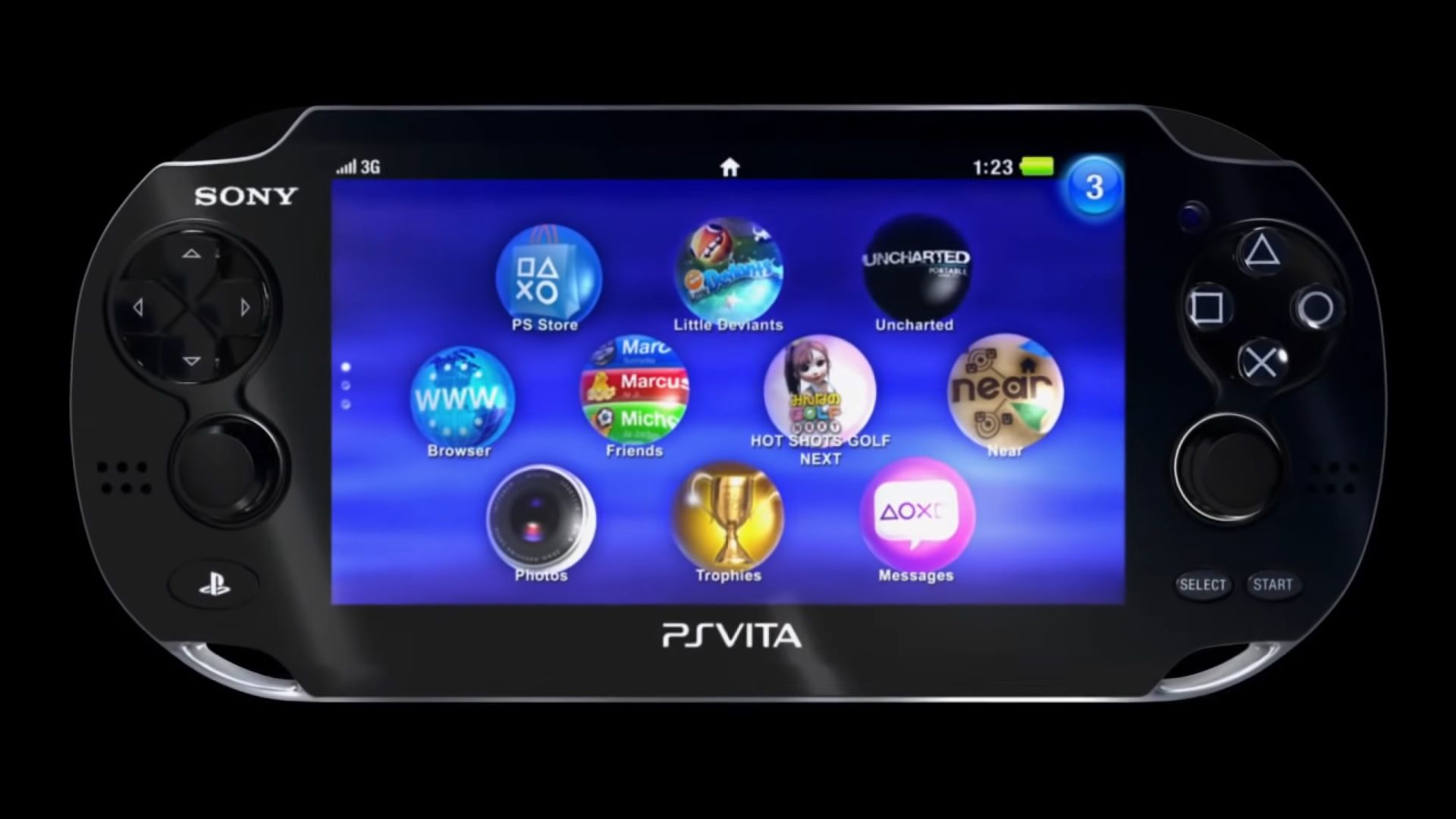 The Vita’s exclusives did not prosper in casual gaming. Just like its older brother the PS3, there were many story-oriented exclusives that needed time and energy rather than short bursts of fun. Some of them were excellent like Persona 4 Golden and Tearaway, but they weren’t designed for this frame of mind. The industry changed, and PlayStation didn’t see it coming.

The first-party lineup for PlayStation was also lacking for the mainstream audience. Its competition with the 3DS released banger after banger with Super Mario 3D Land (it had some great enemies), The Legend of Zelda: A Link Between Worlds, and later in its life, Metroid: Samus Returns. There wasn’t as much desire for Sony’s library of games for the platform. Unlike the PSP, it didn’t have a Ratchet & Clank, a God of War, or a Patapon on the system.

Games like Resistance: Burning Skies, Tearaway, and Killzone: Mercenary failed to ignite interest in the beleaguering platform. The Vita also didn’t have those essential third party games that PlayStation saw the last generation; Monster Hunter, Kingdom Hearts, Metal Gear Solid, Tekken, and The Sims were never released on the Vita.

One of the Vita’s most exciting features is that you could have console gaming 0n-the-go, and for those who go on long trips or just want to game on the couch, this sounded enticing. PlayStation offered a new feature called cross-play, which allowed players to move their save progress from the PS3 to the Vita. It was a cumbersome process as you had to upload to the cloud and then download on the Vita, but it worked. However, these were few and far between as more niche (and less demanding) titles like the disappointing PlayStation All-Stars Battle Royale and Sly 4: Thieves In Time used this feature. Remote Play was also added, letting people stream their games directly from the PS3 to the Vita.

Sony actually got sued for false advertising of taking your game wherever you’d like, as remote play was restricted to wi-fi (and even then, it was shaky), and there was only a limited selection of games through cross-play. It didn’t truly live up to that promise of console gaming on-the-go. The Nintendo Switch, however, succeeded with that premise.

With stronger hardware, Nintendo’s hybrid console lets you play their biggest exclusives wherever you go. You could play The Legend of Zelda; Breath of the Wild in an ACTUAL forest if you wanted to. You weren’t tethered to the Internet, and unlike Vita’s shaky ports like the Jak & Daxter Collection and Borderlands 2, most games run like a dream.

But the Nintendo Switch isn’t just a portable console; you can dock the system to play your games on the TV, a feature that many Vita fans wanted for years until the PlayStation TV came too little, too late.

Nintendo is now seeing the success of this concept with more games sold on the platform than the 3DS and Wii U combined. Four years in, 80 million Switch consoles have been sold, as opposed to the Vita’s reported 16.21 million.

The PlayStation Vita was expensive at launch. The system cost $249 (or $299 with 3G connectivity), and then you had to buy memory cards to store games on the system. And oh my, your wallet would be screaming. A mere 32GB memory card was around $100, and even a 4GB memory card would run you $20. With each major game being around 4GB at the time, plus updates, the space of these cards ran out quickly. 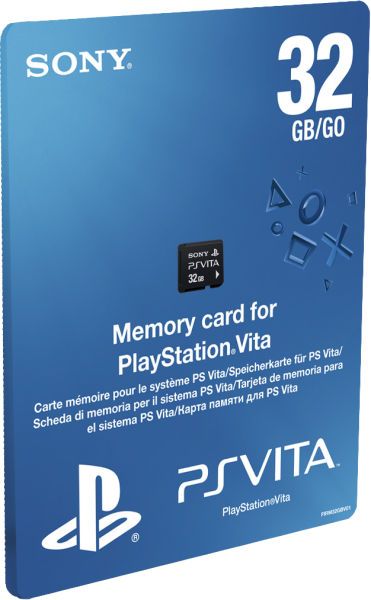 However, the Nintendo 3DS and now the Switch is considerably cheaper to buy external storage for. They respectively use SD and micro-SD cards to store games and apps, making the process considerably easier. You could even use your own storage devices on the platform, and even if you didn’t have any on hand, they were considerably cheaper than the Vita’s proprietary memory cards. When the Switch released, it even came with 32GB of storage, which would have cost you $100 with the PlayStation Vita at launch.

Sony Could Have Steered The Ship Around, But Left It To Die 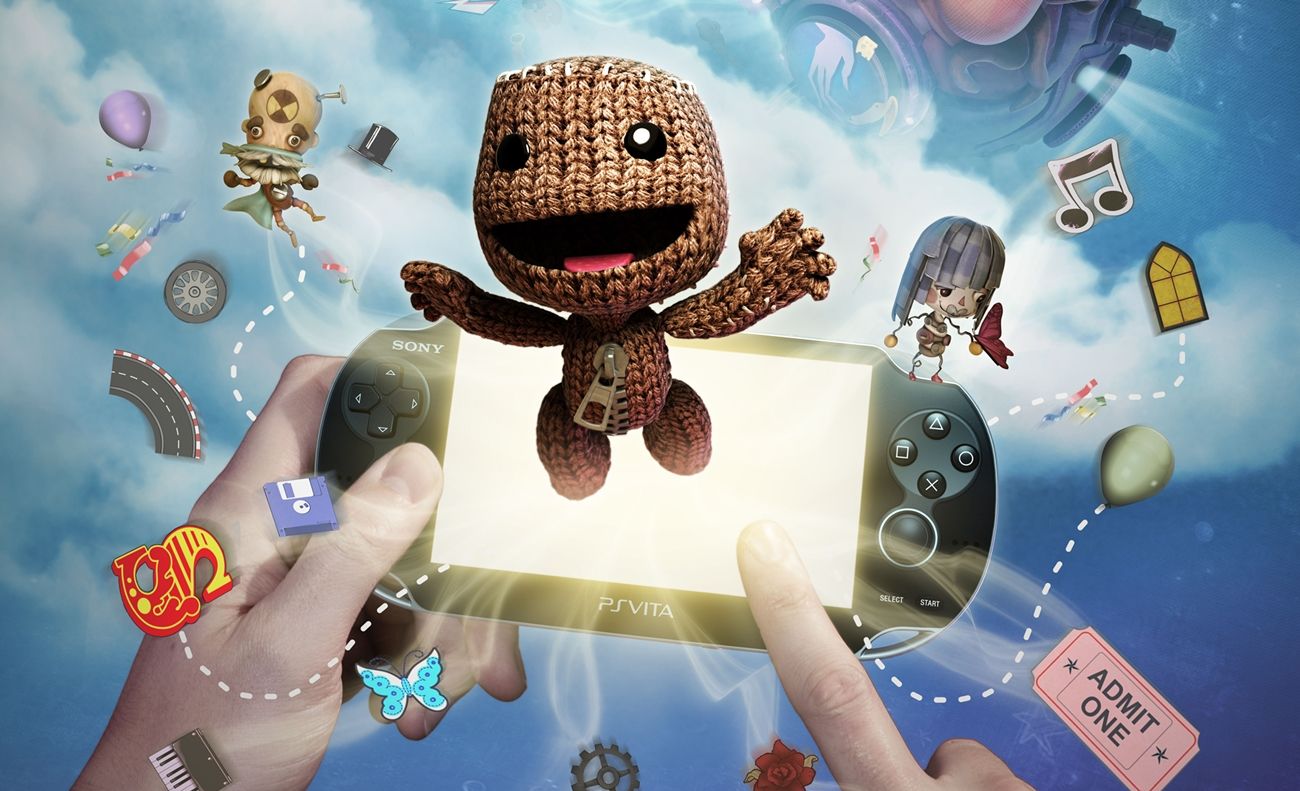 The Nintendo 3DS suffered slumping sales during the first few years of its life, but as time went on, the portable began to be a success for Nintendo while the Wii U suffered. This was thanks to a smart price cut and a successful lineup of first-party titles.  While Nintendo was more familiar in the portable market to consumers than the PlayStation brand, Sony could have turned the ship around. The system it had was amazing. The screen looks beautiful, even to this day, and there was potential within its gamer-friendly control scheme.

If the Vita received a price cut with limited features like the Nintendo Switch Lite, perhaps Sony could have made a mark. They did it with the PS3 by halving its price, and it worked wonders for them. However, it seemed like PlayStation gave up too early as the Vita remained at $249.

The exclusives began to wane as the platform attracted more niche JRPG and visual novel titles for its dedicated (but small) fanbase. Sony could have brought back some treasured favorites like Ape Escape, Ratchet & Clank, or Jak & Daxter to bring in a more casual audience. It could have made more deals with external studios like Capcom to create a new Monster Hunter for the Japanese market or Square Enix with Kingdom Hearts, but very few exclusives came. When it did, it failed spectacularly with games like Call of Duty Black Ops Declassified, which has an abysmal 33 MetaCritic score.

PlayStation officially dropped first-party support for the Vita a mere four years after its release, and even before then, the last few years saw very little. It was so bad that the Vita was and still is called a Persona machine for one of the system’s best titles, Persona 4 Golden. Thankfully, you don’t have to buy a Vita to play as it’s now on PC. 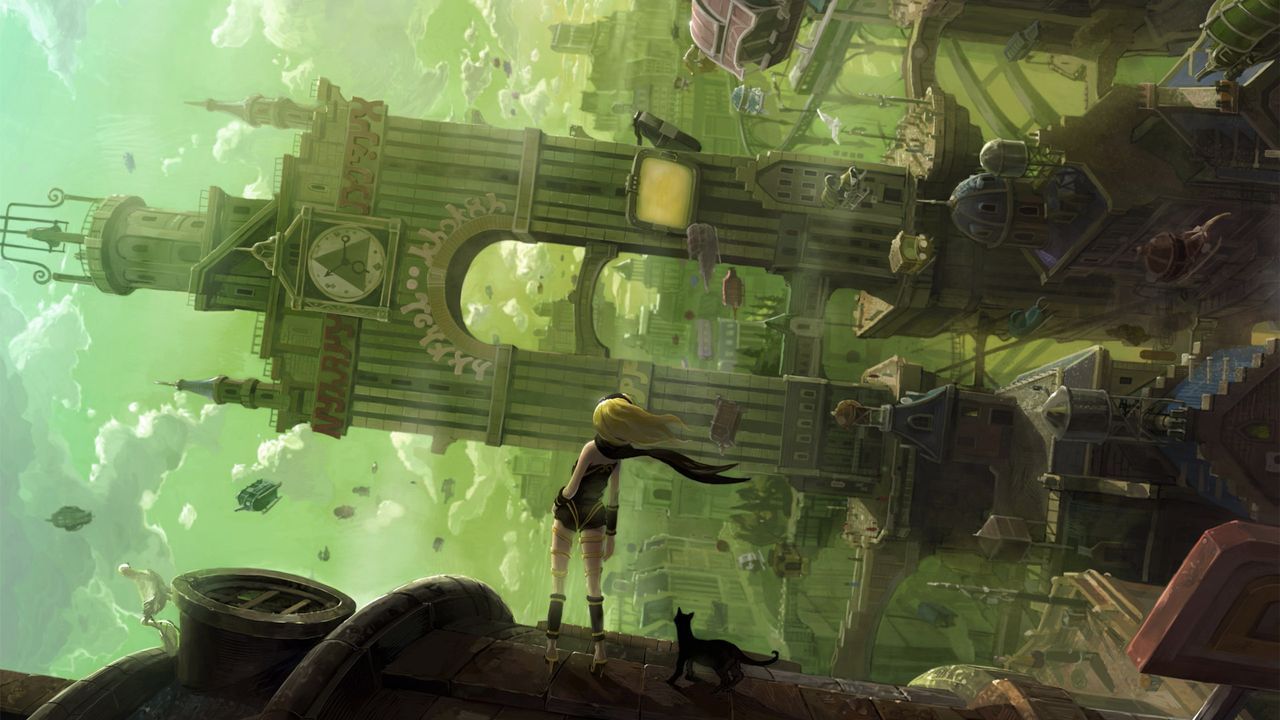 Despite all of the gripes that fans have had with the Vita all these years, it still has a diehard audience that will love the system forever. Indies saw a large amount of support with the hardware, and while hardware sales were low, they saw success. I’m not denying the Vita had great games in its library. Gravity Rush soared into my heart, and Persona 4 Golden is an absolute masterpiece. I even have a little love for Uncharted: Golden Abyss.

The Vita system itself is an amazing piece of tech that I think deserved better, but Sony botched it. Thankfully, Nintendo dusted off the pick-up-and-play concept and made it a success with the Nintendo Switch.

Next: Why Xbox Has Trouble Keeping Up With PlayStation And Nintendo 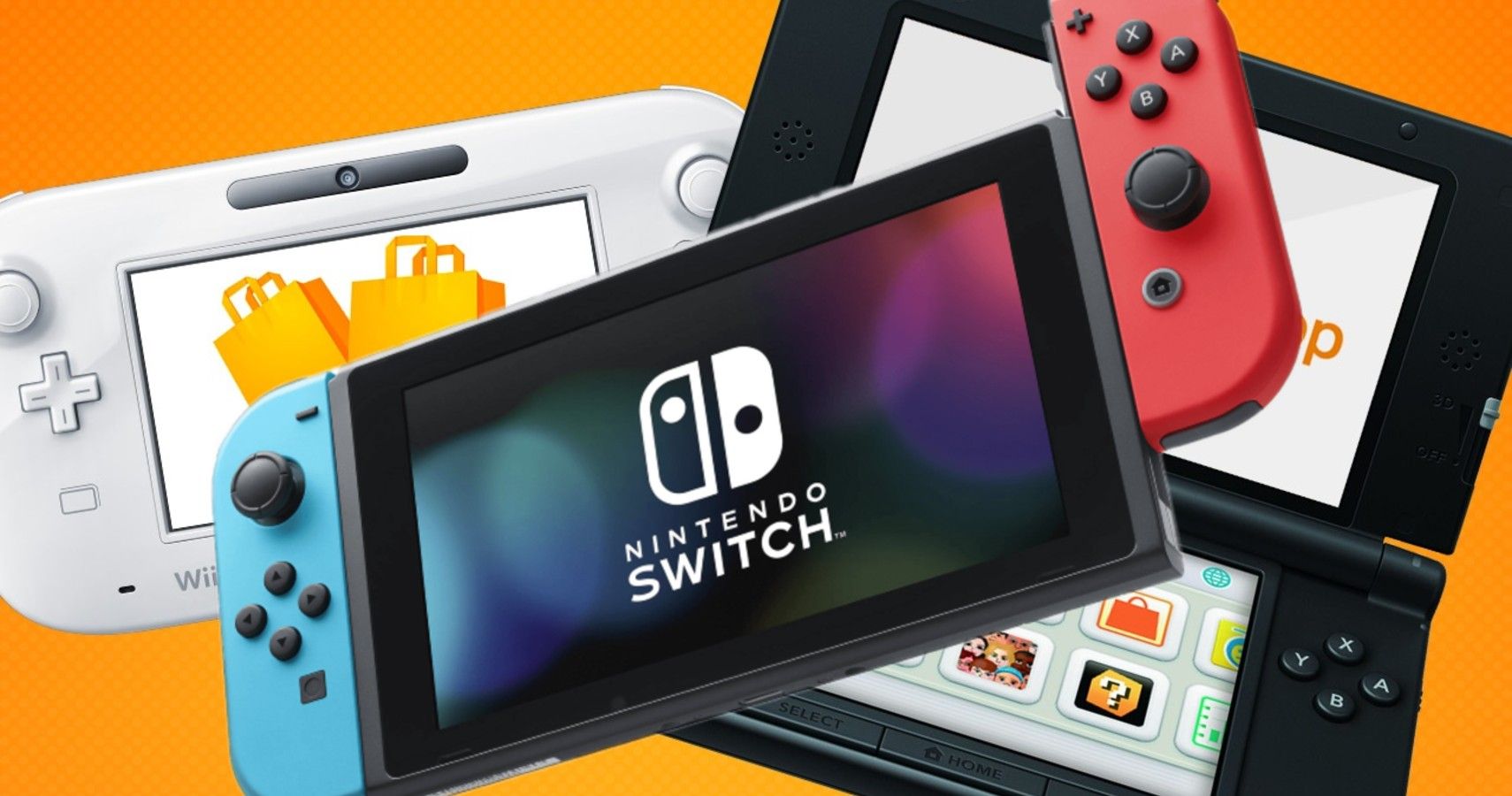 EA Will "Double Down" On Star Wars Games From Now On