Demon Hunter is shaping up to be OP. 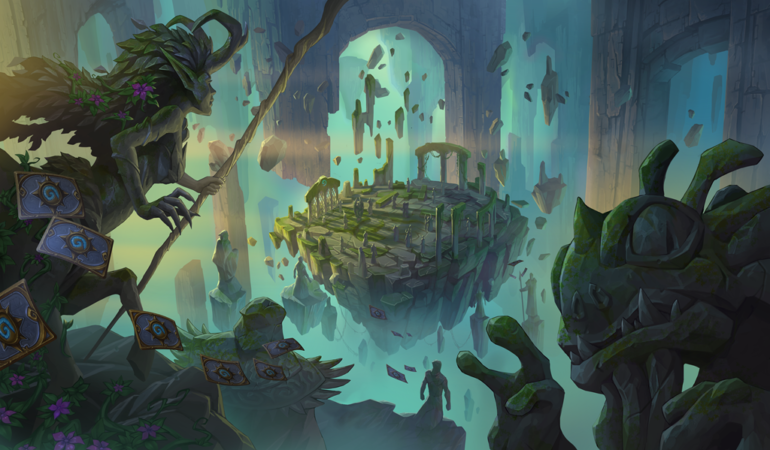 The latest card to enter the fray in Hearthstone’s upcoming Ashes of Outland expansion may as well be Legendary.

Coilfang Warlord is an eight-cost Demon Hunter minion with an astonishing nine Attack, five Health, Rush, and a Deathrattle. When it dies, it summons a 5/9 Warlord with Taunt. 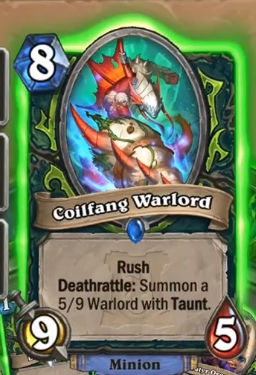 Despite being Rare, Coilfang Warlord has the potential to be one of the most powerful cards in Ashes of Outland. Demon Hunter already looks like a strong class that’s well equipped for the metagame, but this card adds insult to injury.

Its nine Attack and Rush mean it can kill almost anything and leave a 5/9 behind. Its turn eight tempo is immense and it should almost always gain some sort of value.

Coilfang Warlord’s only weakness is that it isn’t a Demon. Demon Hunter heavily revolves around Demons, synergizing with them and summoning them with multiple cards. Because Coilfang Warlord isn’t a Demon, it might have a harder time fitting in the new class’ decks.

Ashes of Outland will be released on April 7. Fans can already pre-order the expansion from Blizzard’s online store.

Destiny 2 Will Let You Wield Darkness In Beyond Light Expansion