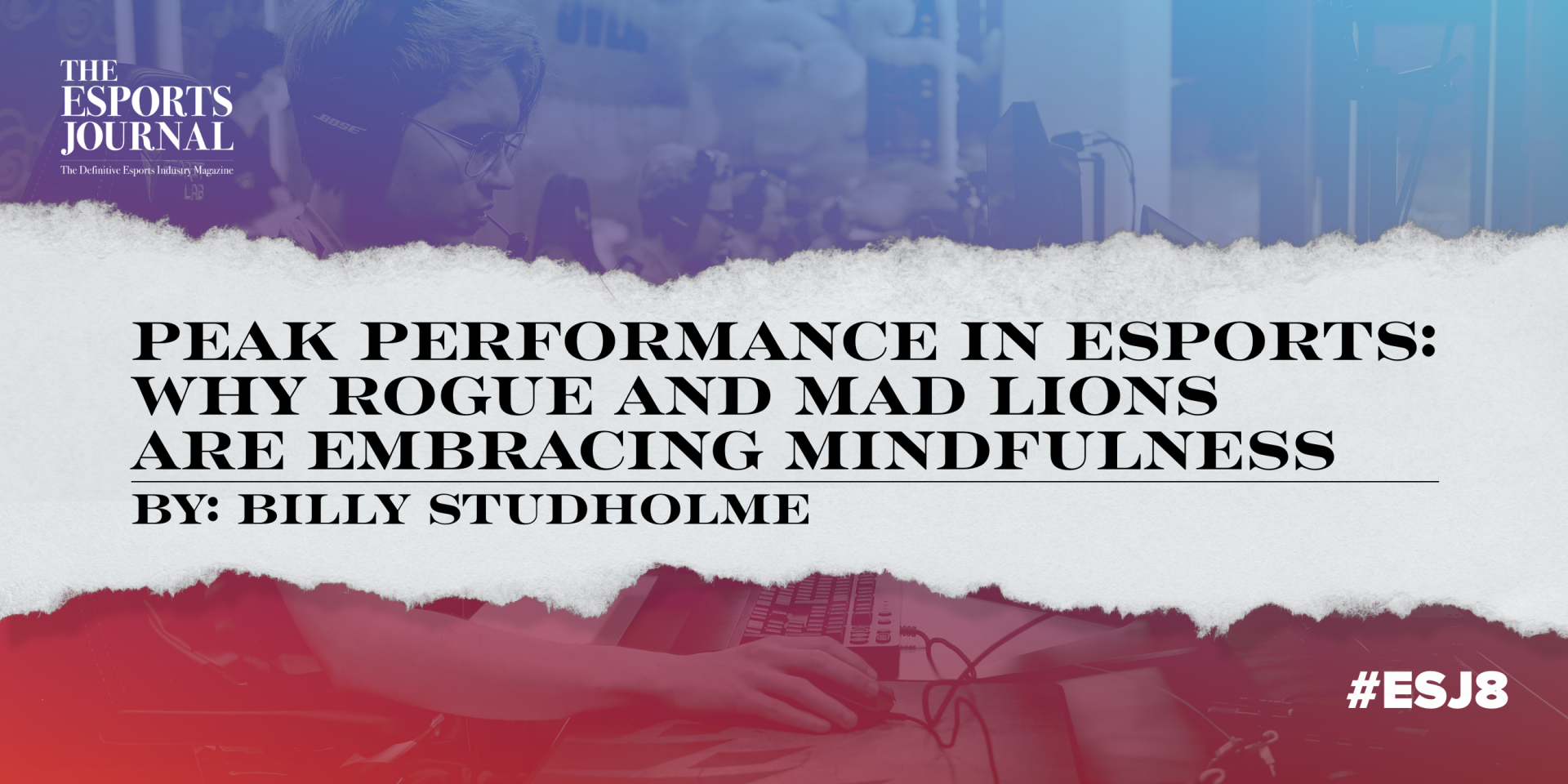 On 11th April 2021, MAD Lions faced off against Rogue for the fifth game of a best-of-five League of Legends series. The stage was the LEC Spring Finals. Both squads beat G2 Esports — by all accounts, a European super-team — during their runs to the final, MAD Lions in the upper bracket and Rogue in the lower.

RELATED: Adam Apicella: Assembling the Avengers of esports with Vindex

The two finalists were closely matched. The battle between two dominant junglers — Inspired from Rogue and Elyoya from MAD Lions — typified the neck-and-neck bout. This was the penultimate match of an intensely competitive series, in one of the world’s toughest regions: who would be crowned European champion?

In such moments, outcomes are determined at the margins.

Both MAD Lions and Rogue believe that such margins can be stretched with mindfulness — the ability for their players to stay composed and make sound decisions. Ismael Pedraza, Performance Coach at Rogue, cut his teeth in sport psychology. His fondness for mindfulness practices has two separate roots.

“I [completed] two Master’s degrees: Sport Psychology and Diagnostic Intervention, in Finland and in Leipzig. And of course in sport psychology, you get to see different approaches to performance … We started [learning about] this new approach called acceptance behavioural therapy, which is based on mindfulness approaches.

“But personally I got into mindfulness because of my own athletic career. I was playing at an elite level in football back in Colombia, and then somehow I ended up coming across meditation techniques and mindfulness, so I started to read a lot on that.”

“It goes in the direction of some techniques or strategies that help you to be in the present moment. You have formal and informal approaches to this. More informal approaches that we use a lot [at Rogue] are, for example, attentional strategies like trying to modify your physiology, like through slow-paced breathing … Trying to help players be better at emotional control, let’s say.

“One of the formal approaches for mindfulness is doing sessions where we direct them towards attention-focused strategies which aim to teach them how thoughts work — how emotions work. You have a thought — maybe a negative thought — but they are learning to understand that they are not their thoughts, right? They are not their emotions.”

Deceptively simple as it may sound, just noticing thoughts or feelings as they arise — non-judgmentally — can have profound effects on wellbeing. Countless studies have highlighted the positive effects of mindfulness meditation. One study conducted by researchers out of Oregon and Munich concluded that meditation, among a truckload of other benefits, ‘has potential for the treatment of clinical disorders and might facilitate the cultivation of a healthy mind and increased wellbeing’. Another study by Katherine Weare at the University of Exeter found that ‘mindfulness can contribute directly to the development of cognitive and performance skills and executive function’. Executive function is the combination of crucial mental skills, like memory and self-control.

The literature on mindfulness meditation is extensive for athletes, too, though few studies have analysed esports athletes. “Mindfulness has been found to be related to improved athletic performance and propensity to achieve flow states,” it says in a 2014 article published in the Journal of Clinical Sport Psychology.

Jake Ainsworth, who works with MAD Lions players to improve their physical wellbeing, operates in lockstep with Martina Cubric, the team’s Sport Psychologist. As Ainsworth told The Esports Journal: “We’ve taken slightly different paths to get to the point we’re at, but we’re very much aligned on what we’re trying to do with the players.”

RELATED: Three (types of) companies that might unshackle monetisation in esports

What is it they are trying to do with MAD Lions’s League of Legends players? To Cubric and Ainsworth, perhaps most crucial is building resilience.

To read the rest of this article, go to The Esports Journal Edition 8, page 21

The Dark Harvest Has Begun In Dauntless