“We’ll try to win some tournaments.” 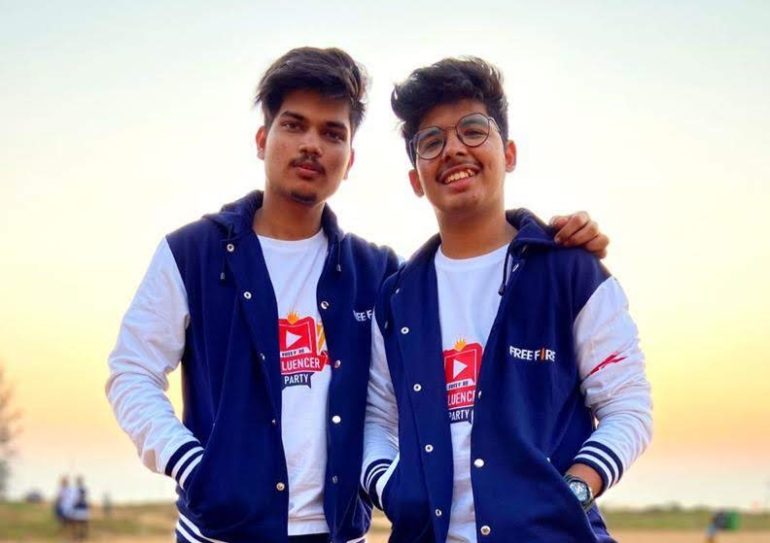 Jash Dhoka and Ritik Jain are two of Free Fire’s biggest content creators who run the YouTube channel Two Side Gamers with close to three million subscribers. But they’re switching from creating content to competing in esports.

While this may be an unconventional thing to do, it’s not surprising to see them make this move given Free Fire’s huge and developing esports scene.

Garena’s 50-player battle royale game for mobile, Free Fire, was one of the biggest esports titles to emerge in 2019. The game is one of the most popular esports titles in the world, which is evident by the viewership statistics from its esports tournaments. The Free Fire World Series 2019, for example, peaked at over two million viewers.

The India-based content creators were the casters at the Free Fire India Today League held in October 2019. But now, they’ve decided to compete in esports tournaments themselves.

“It felt really awesome [to cast],” Jain said. “But now, we are mainly focusing on [competing in] esports. We’ll try to win some tournaments and if we can, then that will be the main thing we will be doing. We do enjoy shoutcasting and it is something the fans love as well, which we will continue doing, especially in the custom rooms on our channel.”

With Garena being clear about its intentions to expand the esports scene of the game, this may prove to be a fruitful decision for the talented gamers. In 2020 alone, four international tournaments have been planned with a combined prize pool of $2 million. Numerous other regional tournaments will also be held around the world, such as the Free Fire India Championship 2020 with a prize pool of $49,000. The finals of the India championship will be held on March 28 behind closed doors due to the COVID-19 pandemic.

“Currently, we have got to see a lot of growth in Free Fire’s esports scene,” Jain said. “In India, Free Fire has already gotten two events and now a third one is happening. Esports as a whole is definitely growing and Free Fire will be growing with this as well.”

Numerous organizations have already identified this and have picked up teams to compete in Free Fire. The most notable is Team Liquid, which signed a Brazilian-based roster in January. Brazil is the biggest region for Free Fire and also has a structured esports league for the game. The Brazilian Free Fire League (LBFF) is being held in three divisions across the year.

The content creators also claimed that esports organizations are eying India as a potential location to sign a team.

“There are some organizations like RRQ [Rex Regum Qeon] and ID BOOM, which are approaching us and players in India right now so soon we could see these big organizations step into Free Fire [in India] as well,” Dhoka said. RRQ and ID BOOM both already have Indonesian-based Free Fire rosters.

Did G2 replace Fnatic with Rogue as their new rivals?

PlayStation Plus Games May 2020: Free Games This Month