Outriders is a looter-shooter RPG title that has rocked the gaming community ever since its release in April 2021. Most people seem to either love it for its fun-filled gunplay or hate it for its bugs and server issues. However, a lot of fans seem to agree that one of the best things about Outriders is how engaging its story can be.

Many have compared it to a B-list action movie, affectionately, of course, and that may be an apt comparison. The game’s action plays really well and the story can be highly engaging. However, even the best stories have plot holes and unanswered questions. Not only does this encourage community discussions but also make’s a story open-ended which may or may not be resolved in a future title. Here are some we have after the end of Outriders.

10 Did The Natives Create The Anomaly Storm Or Is It A Natural Phenomenon? 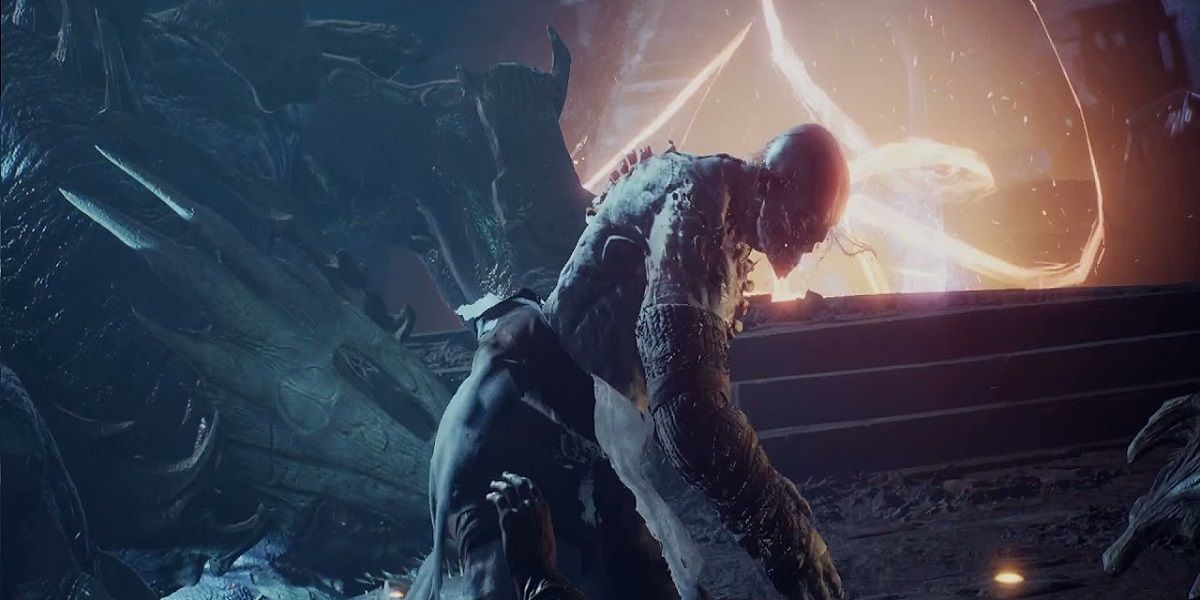 Around the end of the game, the main cause of the anomaly storm is somewhat explained. As it turns out, the natives of the planet Enoch do have some control over the storm. When August approached the obelisk, the storm reacted to her presence. This caused Bailey to attack her, believing her to be activating the storm. However, August’s intentions were to calm the storm, not strengthen it.

Later in the story, it is also shown that the storms began when the natives chose to turn themselves into ferals as a means of defense against the humans of the Caravel, who were beginning to enslave them. This begs the question, is the anomaly storm a result of the native’s pleas? Or is the planet already capable of such storms and the natives only have the means of activating them?

9 Why Are We The Last Outrider? 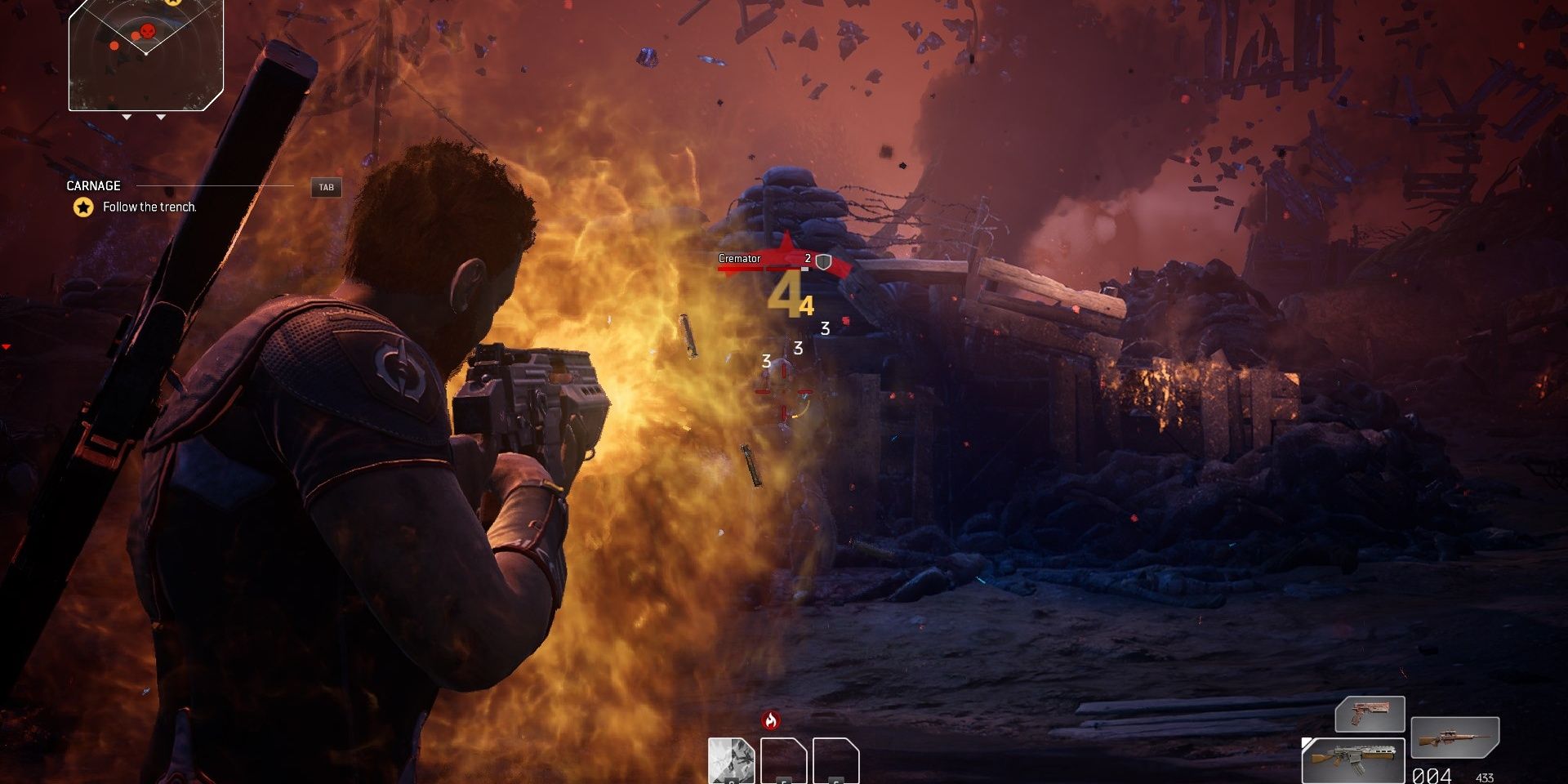 During the game’s prologue, after your convoy has been struck by an anomaly storm, you have sustained such major damage that you need to be placed in cryostasis until the medical team can arrive and assist you. However, the turmoil got so out of hand that you were essentially left behind, only to be awoken 31 years later.

After your identity is discovered, people start calling you the “Last Outrider.” Even Seth calls you as such when you first meet. We know this to be false because Jakob is still alive and he is also an Outrider. Other than that, have all Outriders perished aside from you both? Is Shira not considered an Outrider, given that she was an engineer for the ECA?

8 How Does Multiplayer Factor Into The Story? 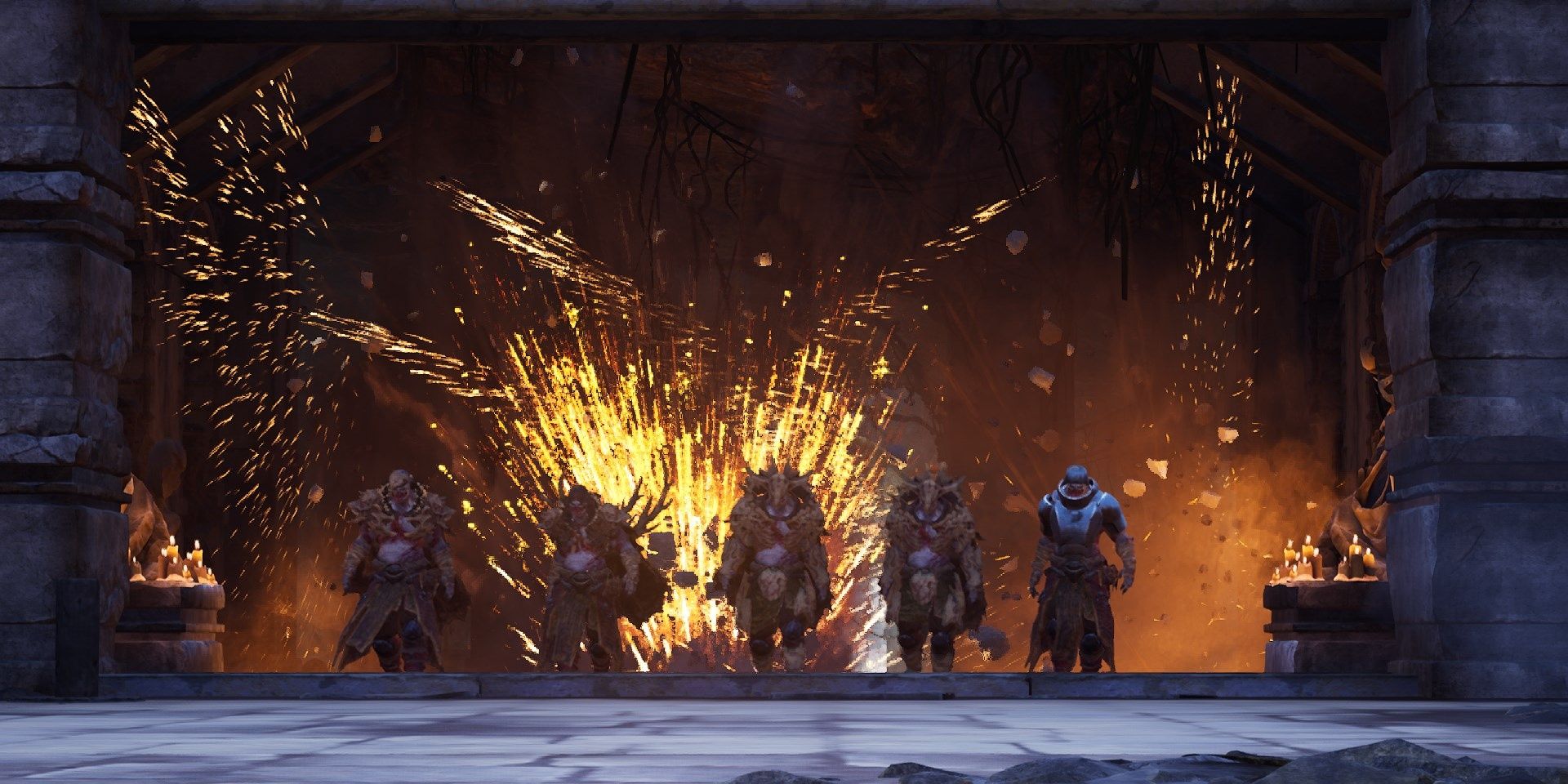 One of the things the game encourages you to do is to play with others online. The game can be considerably challenging at times, and even each class is meant to play a specific role within a team. For example, Devastator is meant to be a tank, while the Technomancer and the Pyromancer can inflict damage from afar. The Trickster can also play very well within a team given its mobility.

Given how heavy the narrative of Outriders is, the multiplayer aspect of the game seems to have no implications on the game’s overall story. This would also discredit the idea of people calling the player character the “last Outrider” since the others online are Outriders as well. 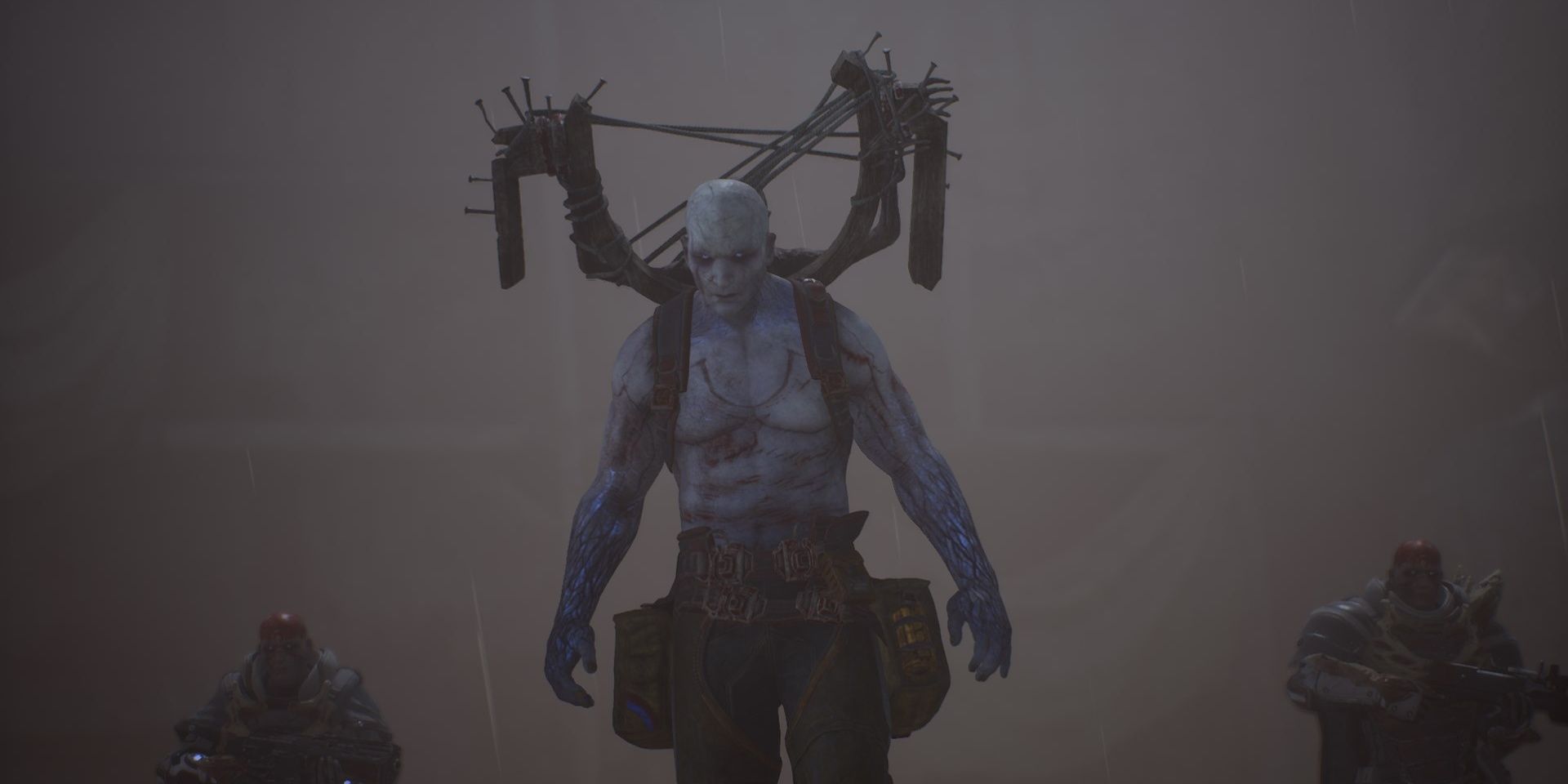 Moloch is already a character that is covered in mystery. This Altered Being is supposed to be one of the biggest threats humanity should worry about, and that’s a task Seth was keen on facing. However, as you later progress in the game, you know that Seth ultimately failed in fulfilling this mission.

You get the chance to fight Moloch, and that’s when his character is fully revealed. The most mysterious thing about him is the creature he cradles on his back. Whenever Moloch uses his powers, the creature on his back also seems to glow or react. It has been a topic of debate whether the real Moloch is the one that’s cradled and the one carrying it is simply a controlled specimen, or otherwise.

6 How Did The S.M. Flores Not Detect The Caravel? 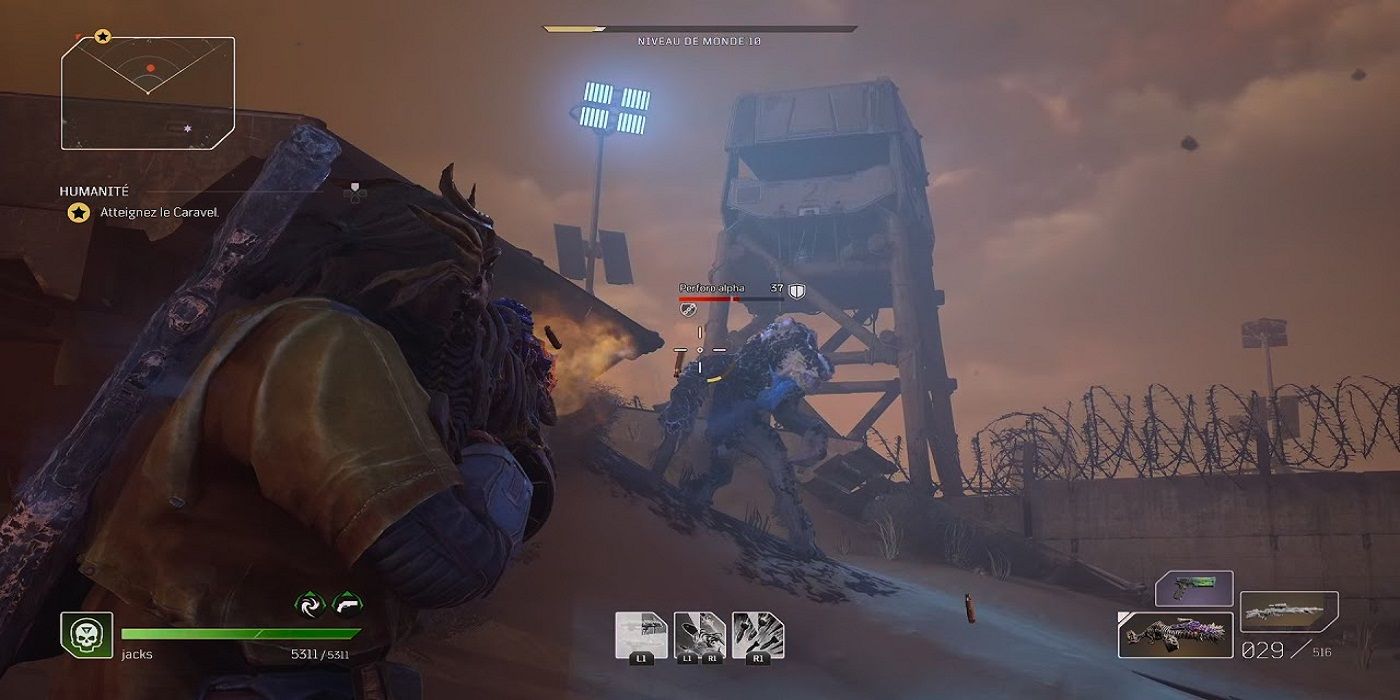 By the end of the game, you discover that the radio you once picked up on came from the Caravel, a scout ship that was thought to be destroyed and left behind on Earth. As it turns out, those who got left behind managed to salvage the ship and use it to travel to Enoch. They managed to improve upon the ship’s already impressive engine. This allowed them to arrive at Enoch first.

With that said, both the S.M. Flores and the Caravel were made by the ECA. Surely, they both shared the same trajectory from Earth to Enoch. At one point, their paths would have converged, or they would at least have been very close with one another. It is also known that the humans aboard the S.M. Flores awoke in rotation to man the ship. How is it that they weren’t able to detect the Caravel? It is very implausible that the Caravel simply went past them undetected.

5 Why Did Bailey’s Powers Disappear? 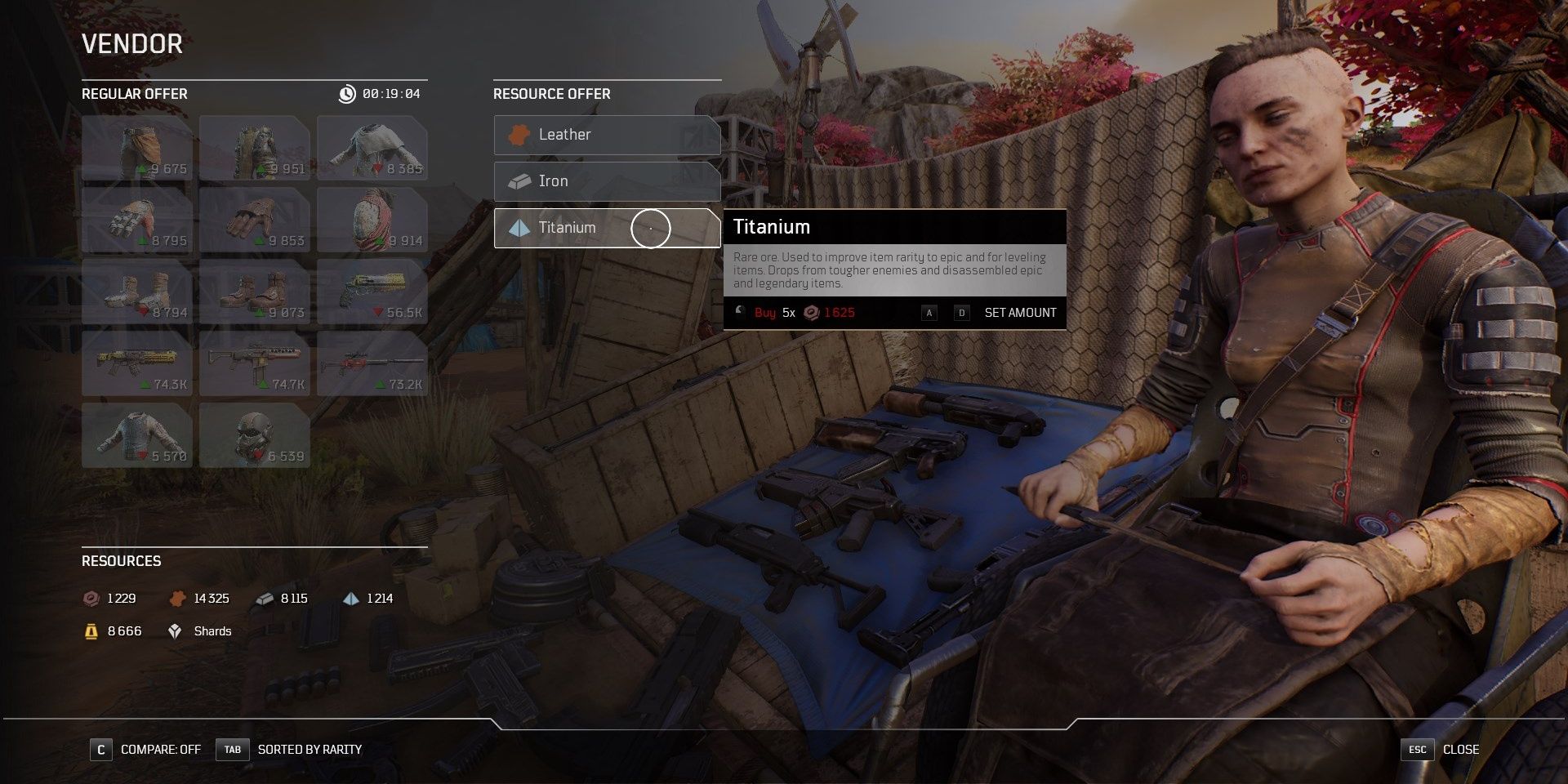 Bailey is a character that ends up joining your crew after saving Zahedi’s life, despite Channa’s reservations that Bailley is simply acting as a spy for Corrigan. She later confirms this when she gains powers from a crystal shard that has been infused with the anomaly’s energy.

This leads to a confrontation between you and Bailey, which you end up prevailing. After the conflict, though, Bailey’s powers seem to have disappeared. What happened to them? Do powers that come from crystal shards only affect humans temporarily? If that’s so, are there others like it that the humans can simply use to temporarily power themselves up?

4 Do All Altered Transform Into Hideous Creatures? 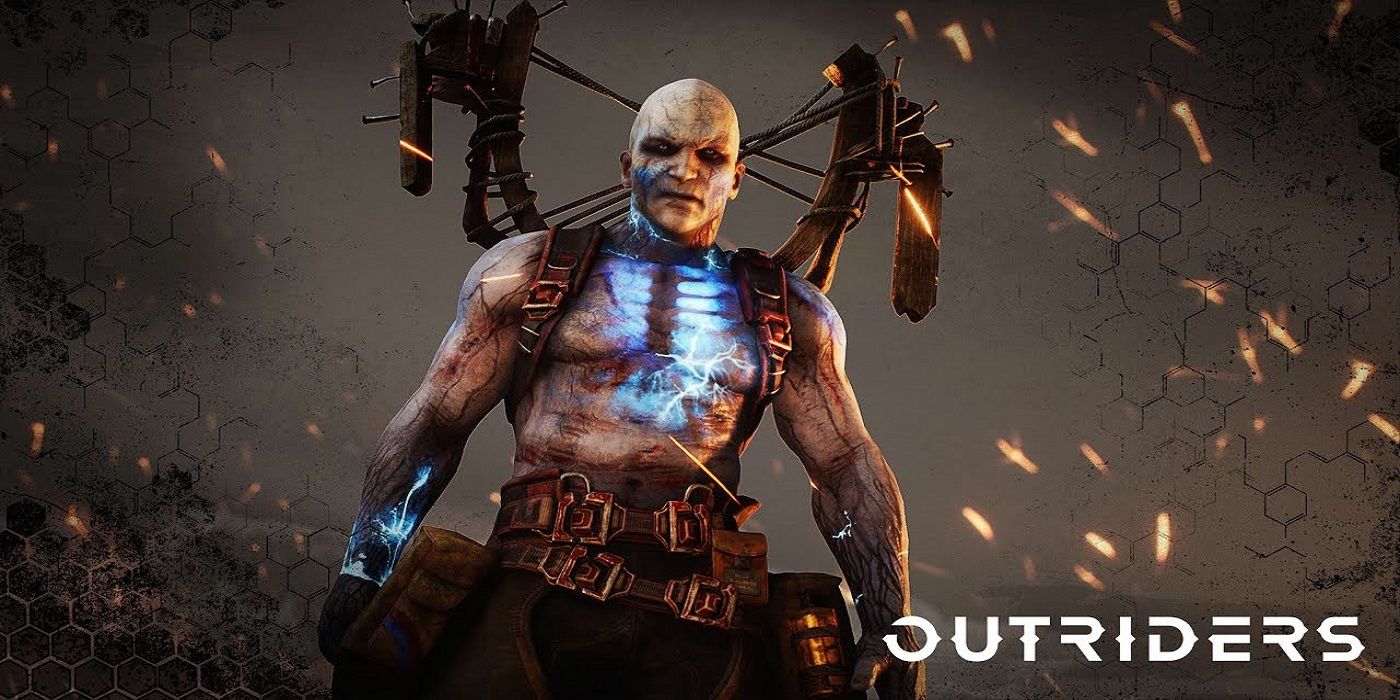 Almost every single Altered in the game shares one distinct character design, they all look terribly horrendous. Not only are they Altered in the sense that they’ve gained extraordinary abilities, but their physical appearance has also been altered for the worse.

With this in mind, will the player character also eventually end up like that? Is that why the Wanderer wears masks all the time?

3 Is Channa An Altered? 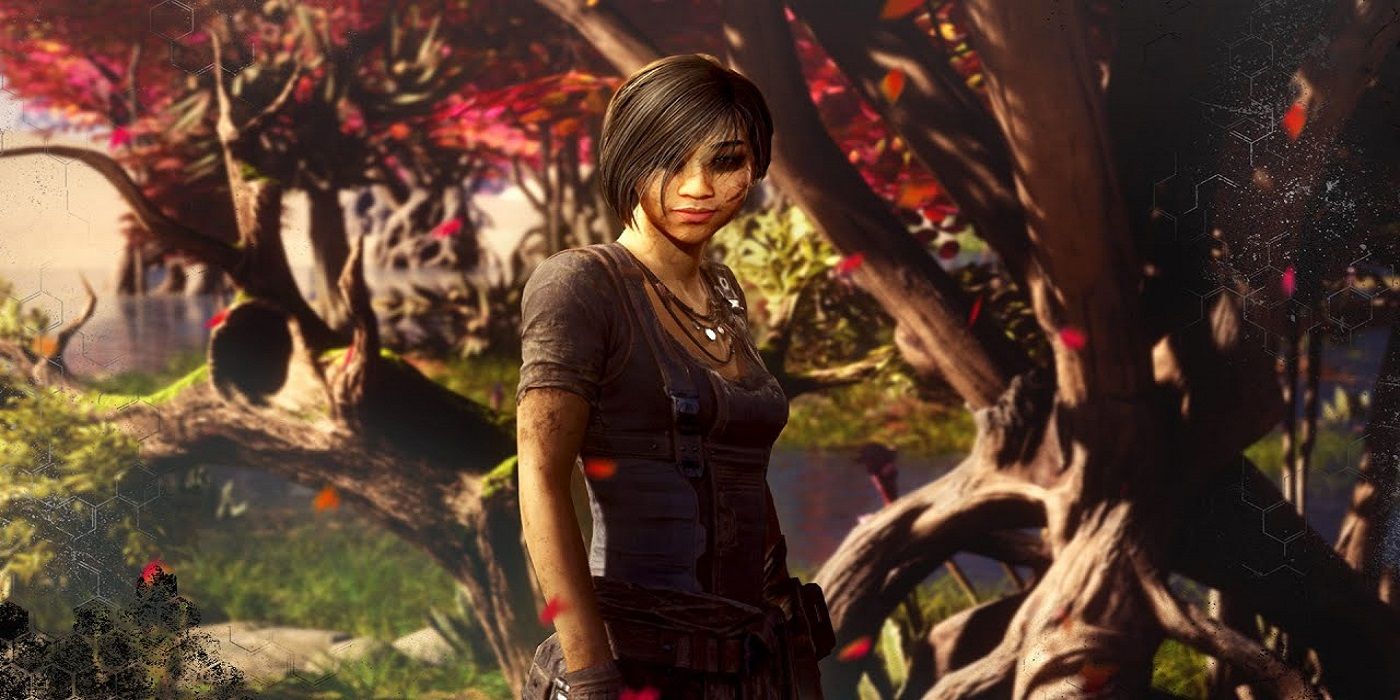 Channa is a character that you first meet in a vision, and face-to-face later on. Channa exhibits the powers of foresight. She is able to peer into the future, and one of her visions is of a paradise with you there with her. Does this ability come from the anomaly storm? If it does, does that make Channa an Altered?

Channa is considered to be a “true child of Enoch” since she was born during an Anomaly storm. According to her, this is also what gave her the abilities she has. Your character also has the same ability, albeit very diminutive.

2 Why Was Seth Killed So Abruptly? 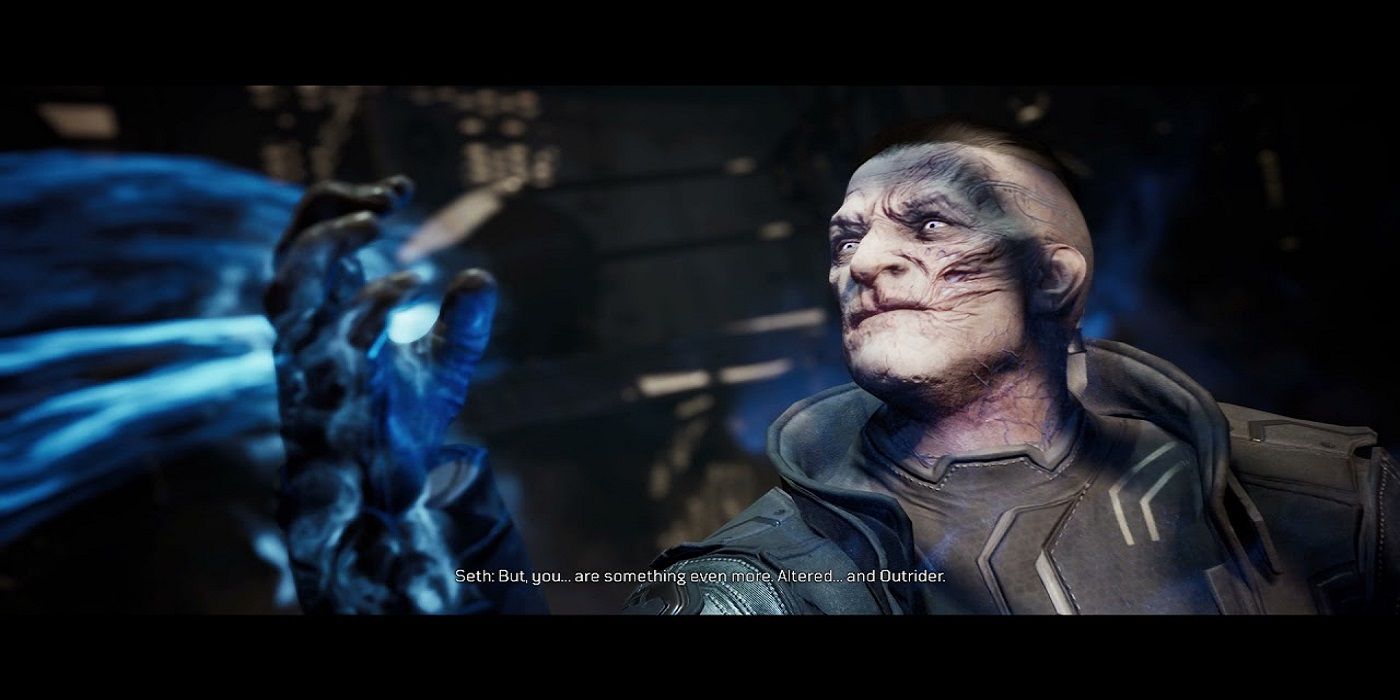 Despite initially seeming powerful and important, Seth is later killed off-screen and you find his corpse displayed in the Wreckage Zone after being defeated by Moloch. Seth’s fate is very underwhelming and anti-climactic, which highly goes against how significant the character seemed during the game’s prologue and demo.

Was there ever a version of the game where Seth was meant to play a bigger role and his storyline was just cut from the board? A lot of people also highlight how powerful Seth is, powerful enough to defeat the First Altered, yet he was easily wiped out by Moloch, an enemy you can easily defeat. 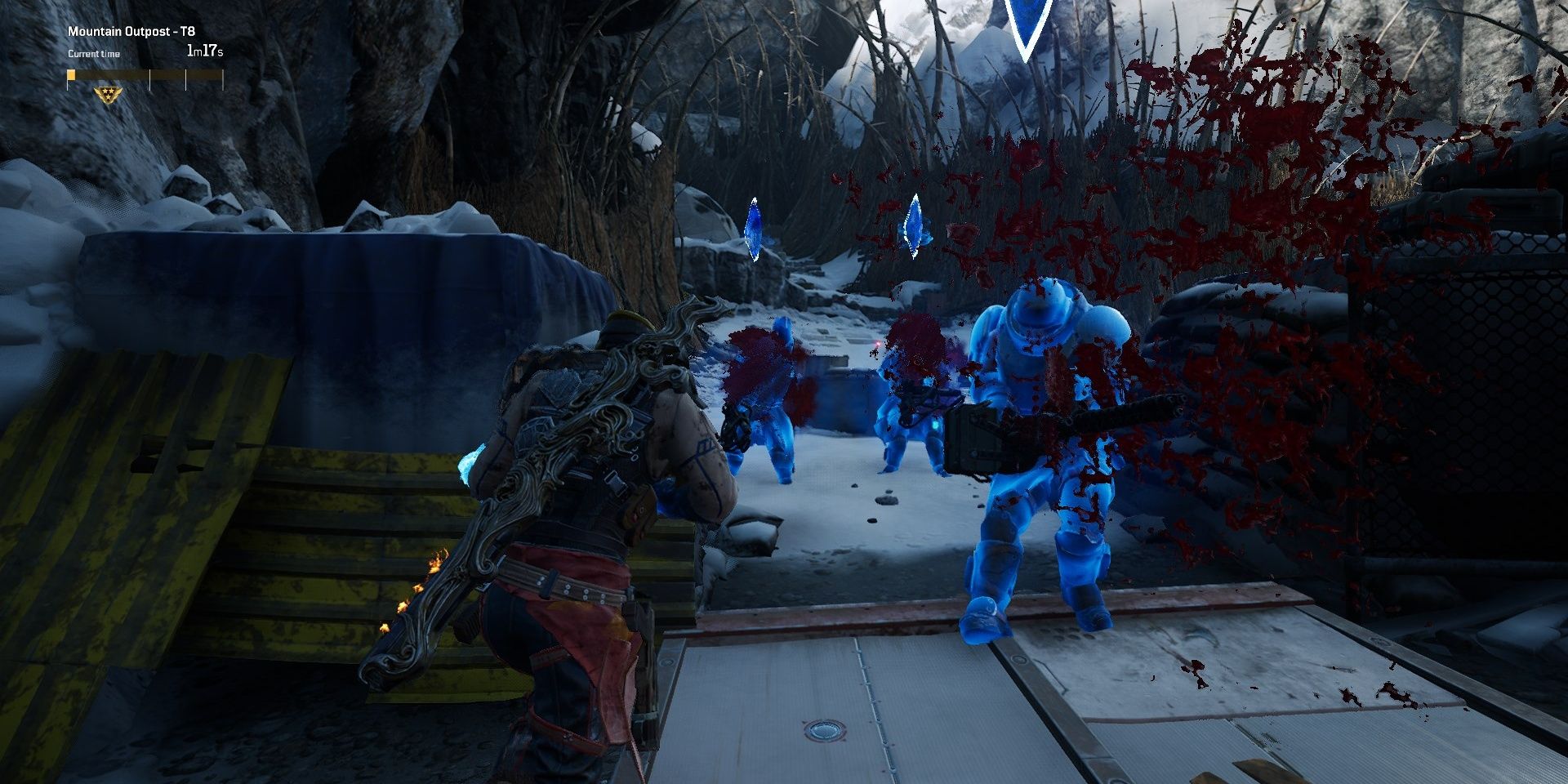 One of the biggest conflicts that is ever occurring in the story of Outriders is the war between the ECA and the Insurgents. However, the ECA-vs-Insurgents subplot seems to have no impact whatsoever. It’s not even resolved in a side mission.

With that in mind, could this storyline be expanded upon, or even resolved in a future title? In a DLC, perhaps? The conflict between the ECA and the Insurgents is a very interesting story and it would be a shame for it to not be resolved in any way.

Epic Games Store Is Finally Getting A Shopping Cart This Year