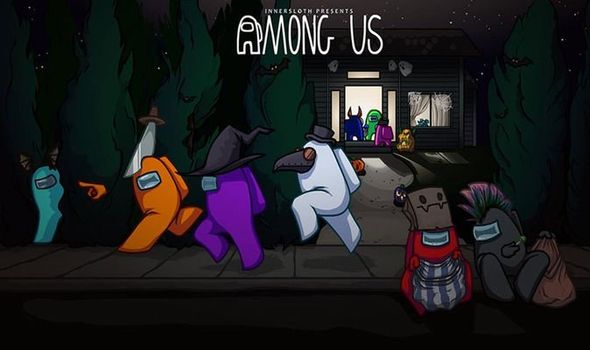 While gamers on PS4 and Xbox One will probably be waiting a long time to play Among Us, the free and paid versions of the game are getting some big updates.

Developers InnerSloth has confirmed that it wants to launch a number of new feature in-game to help combat some of its biggest problems.

This includes combatting cheating, which is a rising issue for the game on PC. The team is also looking to improve servers, which have come under serious strain in recent weeks.

And it’s easy to see how just by looking at the 400k+ players logging to enjoy Among Us on Steam.

Programmer and business lead Forest Willard laid out plans for the game to Kotaku, revealing:

“We’re rushing to get an account system in place so we can have better moderation and reporting systems built around tha.

“Also getting help with making the servers better at detecting and blocking hacks. And investigating client-side hack prevention as well. I’m sort of scrambling to get all the right people in place, but I’m attacking it from multiple angles so it can get better in many ways hopefully all at once.”

These changes will no doubt be made available to fans in coming the weeks and months as part of a new wave of free downloads.

Here’s an official rundown of what is currently being worked on for Among Us:

Servers: Forte is still working very hard to figure out our server issues. We don’t have an ETA but things should hopefully be getting better and better. This is taking up all development time on his end.

Colorblind support: It’s something we’ve put off for way too long… We plan on adding other identifiers for players as well as certain color focused tasks (Like wires). This should also open the potential for more colors. In the past we couldn’t add more colors because it became too difficult to tell players apart.

Friends/Account System: This is something we’ve wanted to do for a long time but just haven’t been able to tackle. For the health of the game going forward we’re going to sink our teeth in and figure it out! This one will definitely take some time.

A new stage: It is still very early and we have only just begun designing the layout. The theme has been settled on though! The next stage in Among Us is going to be a Henry Stickmin themed location.

As you can can see from the list shared above, there is no mention of a new console port for Among Us.

InnerSloth has already spoken about bringing the game to PS4 and Xbox One, although it comes with some notable issues.

While Among Us on PC, Android and iOS devices can work easily with the touchscreen command or keypads available, consoles use controllers.

This would mean that the Among Us team would have to work out a way to provide an easy way for gamers to communicate, without slowing down gameplay.

For now, there is currently no release date or even rough schedule for the release of Among Us on PS4 or Xbox One.

Last Day To Claim These 3 PC Games For Free

Why Tarantula Farming In Animal Crossing Is Harder Now

Mod Corner: If We Have To See This Creepy Among Us Sims 4 Mod, So Do You