There are dozens of insects that can be found within Animal Crossing: New Horizons, but a few of these bugs won’t come as quietly as the others. Some might pose a real threat, but if you know how to handle them, they can help you progress in the game and make some bells along the way.

At night time, you’ll occasionally find a tarantula running around your island, and if you’re not careful, it’ll be quick to bite you. Once bitten, you’ll faint and respawn back at home. There aren’t any lasting effects from the bite, but if you’re farming a good distance away from your home, it can certainly be inconvenient. 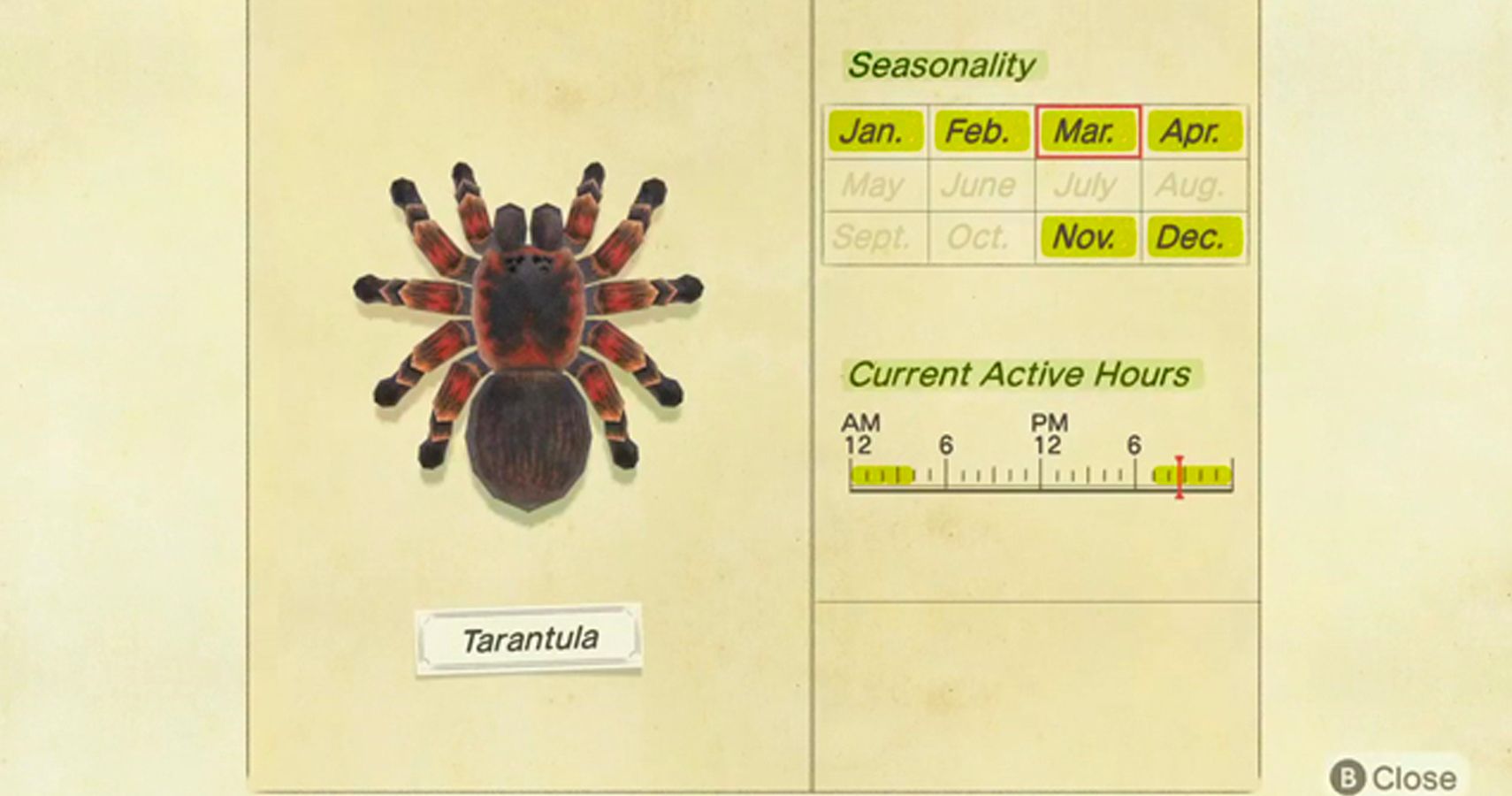 Tarantulas can be caught with a net, but you need to slowly sneak up behind them by holding the ‘A’ button. These spiders are most vulnerable when they raise their front legs, which is the exact moment you’ll want to use your net.

It’s certainly worth your time to catch tarantulas when you see them. They can be sold for a whopping 8,000 bells. You can also donate one to the museum or put one on display somewhere else on the island. Be sure to catch one soon, as tarantulas will only appear during the months of January, February, March, April, November, and December.

You’ll want to shake the trees on your island daily for fruit and twigs, but occasionally a wasp nest will drop from a tree, followed by an attack from a swarm of unhappy wasps. If you’re not quick to act, the wasps will sting you, leaving you with a swollen eye for a full day.

You can avoid being stung by using a few different methods. First, you can quickly swing your net to capture the wasps before they attack. If you’re extremely quick, you can also run into a nearby tent or building. 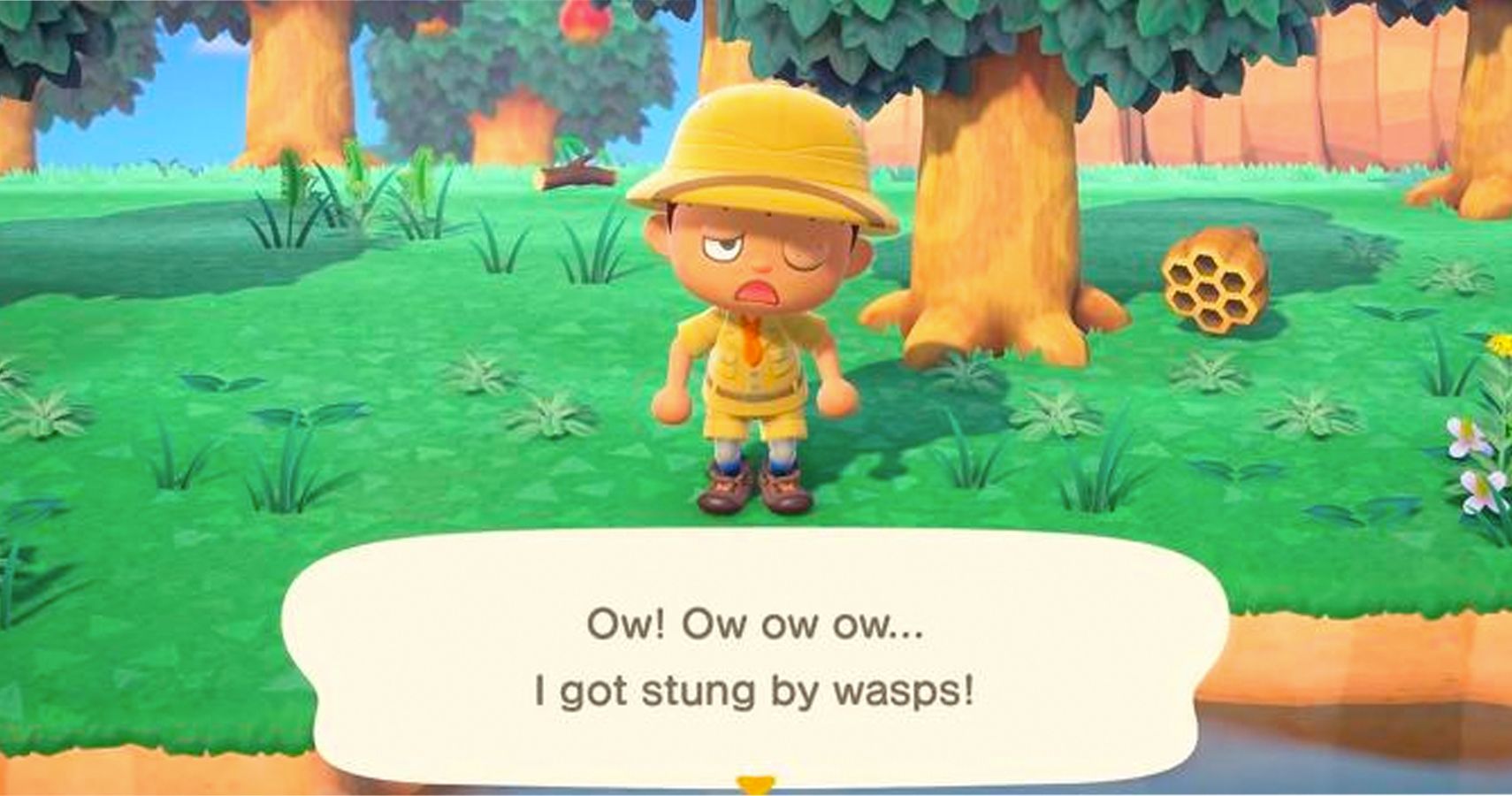 Catching the wasp is definitely the more profitable of the two methods, as you can sell them for 2500 bells a piece at Resident Services. You can also put one on display somewhere on your island, and donate a wasp to the museum.

If you’re stung by a swarm of wasps once, you’ll just receive a swollen eye. If you get attacked a second time, you will faint, so after that first sting, you’re probably going to want to craft some medicine.

After being stung, talk to a villager. They will probably be startled by your swollen appearance, but will then give you a DIY recipe for medicine to cure the sting. The recipe is pretty simple, and requires a wasp nest (you can grab the one that fell from the tree) and 3 clumps of weeds. You can also purchase the medicine from Resident Services for 400 bells.

Although the Wasps and Tarantulas of New Horizons can certainly be dangerous, you can make a good amount of bells if you know how to properly handle them. For everything else you need to know about progressing in Animal Crossing: New Horizons, click here.

7 Reasons You Should Call a Professional Drain Cleaning Expert

Magic The Gathering: Everything You Need To Know About The Streets Of New Capenna Preview Season

Innovation will drive the success of NFT gaming, not profit or hype