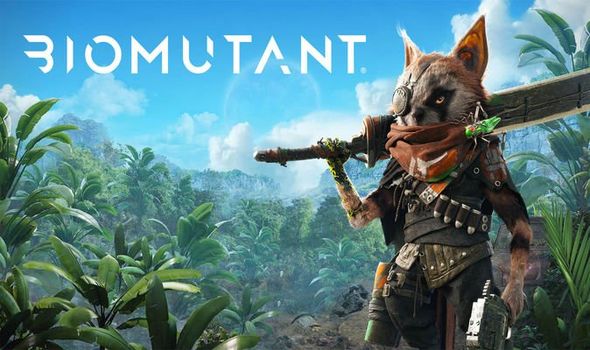 It looks like gamers across all platforms are going to find out a little more about Biomutant before it is released later this week.

The action RPG being published by THQ Nordic was first announced back in 2017 and it’s taken a few years to see it arrive on PS4, Xbox One and PC.

The good news is that the final release date has been locked and the first Biomutant review scores should start to be published very soon.

For gamers waiting on the Biomutant review embargo, THQ has confirmed that the first scores should arrive on May 24, 2021.

Review embargo will officially lift on May 24th at 5pm CEST, so there will still be enough time to do a last-minute pre-order.

The Merc will be included in all digital preorders, as well as all physical Super SKUs of Biomutant; there will also be a little leaflet with the codes on it.

However, preorders of the physical Standard Edition will not get the Mercenary. The pre-order incentive is that you get a slightly better deal if you pre-order (base game plus “free” merc DLC) versus buying it on release day, and then buying the Merc Class on top of that.

As mentioned above, the review embargo is set the day before release should give gamers a clearer idea of how Biomutant plays on each platform.

However, it should be noted that native versions of the game will not be appearing this week on PS5 and Xbox Series X.

A statement from THQ Nordic has revealed what kind of performances gamers can expect from each, with a new message confirming:

“Due to technical reasons, we deactivated native 4k on PS5 for the release version of the game. Biomutant is currently running at native 1080p upscaled to 4k on PS5.

“Xbox Series X is running the Xbox One version of Biomutant, but with higher resolution and more FPS.

“Currently, we have no native Xbox Series X version of the game. Native current-gen versions will both have comparable features for the same price tag once they are released.”

With that in mind, it should be interesting to see how each version of the game fares when it comes to the final Biomutant review scores released this week.

And it should help at least some gamers whether they should buy Biomutant on its Tuesday, May 25 release date.

For now, Biomutant is planned for launch on PS4, Xbox One and PC, with native versions arriving later in 2021.

XThere has been no word on whether the game will also arrive on Nintendo Switch or Google Stadia, with THQ Nordic telling fans that “Only time will tell. For now, we are pinpoint-focussed on executing an awesome release on May 25 2021.”

THQ Nordic has also shared a concise rundown on what technical options will be available when Biomutant releases this week, some of which can be found listed below:

Will there be modding tools for the game at some point in the future?

Will there be ultrawide support or a FoV slider?

Can we turn off motion blur and depth of field on all platforms PS4/Xbox One and PC?

Can we turn off the narrator?

Every Ys Game From Worst To Best, Ranked