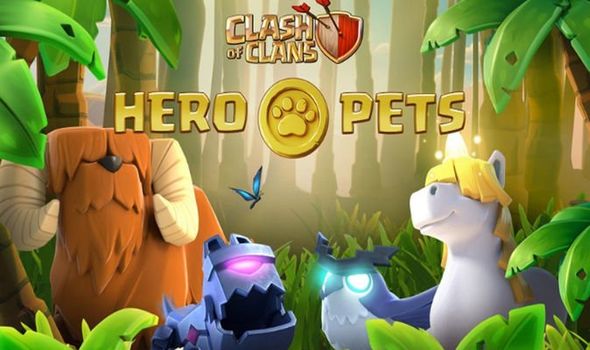 While we haven’t been given a date yet, Supercell has provided a big Clash of Clans update for this week, including when to expect Town Hall 14 to arrive.

As confirmed earlier this month by the development team, a wave of new content is coming to the game, starting with a large Spring patch.

The latest reveals confirm that Clash fans will soon be able to unlock hero pets when Town Hall 14 arrives.

Hero Pets will be a brand new kind of unit in Clash of Clans which will be available to unlock when TH14 has been released.

This will be accomplished through building the Pet House, which is where you can manage your Hero Pets, upgrade them, and assign them to your Heroes.

The good news is that you can assign one Pet to any Hero, bringing with it a unique ability to help the chosen Hero.

There will be a total of four hero pets that can be unlocked with the release of Town Hall 14, including L.A.S.S.I, Electro Owl, Mighty Yak and Unicorn.

A message from Supercell explains: “Each Hero can take one of any of the available Hero Pets into battle, depending on the strategy you’re using. Assigning different Hero Pets to different “Heroes will allow you to create various flexible strategies around the needs of your army composition!

“Want to give your Barbarian King some extra ranged damage? Then bring in Electro Owl as his Hero Pet. Or perhaps you want to bring your Queen Walk to the next level, then give her Unicorn for additional healing!

For those who are new to the game, Supercell is also taking measures to make things a little less grindy.

This includes introducing new Starter Challenges, which will add a new way for players between Town Hall 2-6 to speed up their progress, and will be unlocked with each Town Hall level.

Clash of Clans: Legend of the Last Lava Pup

WHEN IS THE NEW CLASH OF CLANS UPDATE COMING OUT?

Supercell hasn’t provided a firm launch schedule but has revealed that the next Clash of Clans update should be available to download sometime between April 12 and April 14.

When asked when Town Hall 14 would be out, the official Clash of Clans social media team replied on April 11:

“Not today but hopefully in the next couple of days! Watch this space, we’ll share the news as soon as we know when we can push the update live.”

As with all big releases, delays are possible but it appears the next Clash of Clans will be available to download by April 16.

Here is some of the stuff that has been confirmed as unlocking as part of the Clash of Clans Town Hall 14 update:

Here is what will be unlocking with Town Hall 14:

World Of Warcraft: Shadowlands Has Been Delayed

Twitch Is Rolling Out The Beta For Soundtrack, A Collection Of Free Music For Streamers

Check Out The Xbox Series X Dashboard, Which Isn't All Too Different

Pokemon Sword / Shield: All We Know About Isle Of Armor & The Crown Tundra Expansions