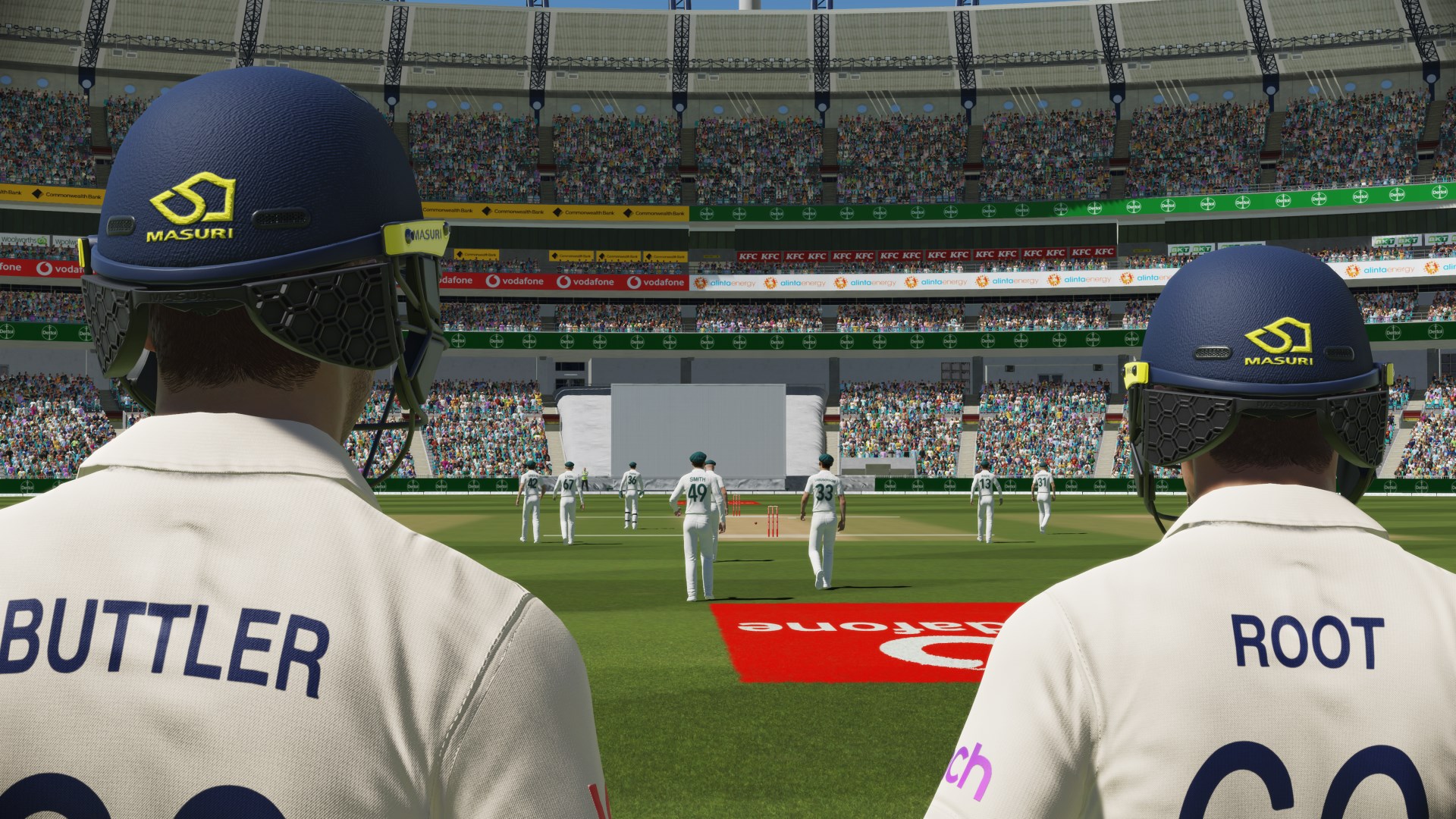 The official game of the Ashes struggles with the limitations of a low budget but still has the ability to knock fans for six.

As long as you don’t expect the sort of production values provided by the mega-budget sports games, you’ll find plenty of thrilling gameplay in this rare example of a cricket videogame.

In recent years, cricket fans have had slim pickings when it comes to video games. Cricket sims appear to have fallen desperately out of fashion, perhaps because of the sport’s complexity and the fact that it isn’t ostentatiously awash with money. However, Australian developer Big Ant Studios has managed to keep a cricket game flame burning and its latest effort, Cricket 22, arrives just in time for the Ashes, cricket’s most prestigious long-form contest.

The fact that Cricket 22 exists, in a world otherwise starved of cricket games, is laudable, but expectations need to be tempered. If you’re used to sports games created by huge development teams at the likes of EA Sports and 2K Games, you need to bear in mind that Big Ant Studios is a tiny developer with a minuscule budget. In comparison with the likes of the FIFA or NBA 2K games, Cricket 22’s production values look somewhat amateurish – its renditions of well-known cricketers, for example, are good enough to be recognisable, but only just.

In the context of cricket games, however, Cricket 22 shows an admirable amount of ambition. It supports women’s cricket as well as men’s teams and sports an impressive sheaf of official licences: not just the Ashes, but the 50-over, Twenty20 World Championships, the newly inaugurated Hundred, the County Championship, and Australia’s Big Bash League, among others. Only the Indian Premier League is conspicuously absent – understandably, given how pricey its licence would surely be.

Another area in which Cricket 22 impresses is its tutorial, which not only takes you through its control system in great detail but teaches you the laws of cricket in the process, while somehow managing to remain succinct and economical.

That exemplary tutorial demonstrates that Big Ant has honed Cricket 22’s control system to a higher level than any of its predecessors. You can choose between arcade and pro control schemes, the former using buttons for timing and the latter concentrating on using the joysticks; the pro system felt somewhat fiddly, so we stuck with the buttons.

When bowling, setting the length and line makes use of a colour-coding system ranging from blue for yorker-length to red for bouncers; that system also gives you an indication of the length of the ball you will face when batting, helping you to set your shot and time it as the ball travels towards you. Both systems work beautifully.

There’s a revamped fielding system, too, which adds some risk and reward by allowing you to shy at the stumps, opening up the possibility of overthrows, or the chance to throw the ball in safely to the bowler or wicketkeeper. In general, you can conjure up all manner of exotic deliveries, like googlies or cross-seamers when bowling, and execute all the shots you need with the bat.

Jumping straight into any of the officially licensed competitions or matches in the game is simple enough; at any point, you can opt to control the entire team or just a single player, fast-forwarding to the passages of play in which he or she is involved. That’s helpful if you want to dip into the game for a super-short play session; even Twenty20 games take a couple of hours to complete. Rather strangely, Cricket 22 doesn’t give you the option to save your current play session at any point, unless you quit out of it. Luckily, loading times aren’t too bad.

The option to play as a single player makes the most sense when you dive into the game’s career mode. This has also been revamped, in pretty impressive fashion. Once you’ve modelled your player’s physical attributes, you hook up with an agent and pick a club cricket side; from there, as you level up, you will come into the frame for county cricket and eventually your national team.

Cricket 22’s career mode is definitely the most fun if you decide to be an all-rounder rather than a batting or bowling specialist – although there’s plenty to do off the field, in the form of net sessions and gym work, which involves playing some basic but diverting mini-games. You can tailor your approach to improve specific aspects of your game and pick perks that feed into that. Whether you fancy being an unorthodox wrist-spinner or a big-hitting, fire-breathing fast bowler, you can mould the necessary skills as you please.

Plus, of course, you can jump straight into a full Ashes series. If you do that, or initiate any of the game’s competitions, you will encounter further evidence of Cricket 22’s low budget nature before taking to the field. The build-up to any match, which attempts to approximate TV coverage, is beset by visual glitches; there’s also no attempt to mirror, for example, the razzmatazz that takes place before and during a Hundred game, nor the quick blasts from DJs that accompany wickets falling.

Once play begins, those rough edges largely melt away and Cricket 22 offers a fine and absorbing experience. The bowling system is good enough for you to set up and execute specific plans for batsmen, and when batting you have access to all the shots you need. Overall, frame rates and general stability are pretty solid, although we did encounter one instance in which the game froze mid-match, which rendered the inability to save progress at will even more annoying.

It also pays to fiddle with settings. The artificial intelligence is set to easy by default, which makes batting in particular a bit too easy. While in T20 games, AI batsmen on the easy setting fail to respond like their human counterparts if, say, they are markedly behind the run rate and need to hit out. However, turning the AI up helps matters considerably. And if, for example, you want to defy reality by notching easy Ashes wins for England against Australia, you can tilt proceedings in your favour by turning the AI down.

Online, you’ll find much more challenging human opposition and beyond some long waits in lobbies (caused by the game’s servers being under-occupied pre-launch), Cricket 22’s multiplayer side works well.

How you view Cricket 22 as a whole will depend entirely on your expectations. It feels unfair to judge it against the super-polished sports games we’ve become used to, since it doesn’t have even a tenth of those games’ budget. But it’s impossible to ignore how rough it is around the edges.

It does, however, at least get the basics right, and in terms of the cricket-playing experience it offers on video game consoles, it’s at least as good as, and probably better than, any cricket game before it.

Given that cricket-obsessed gamers have been largely starved of cricket sims for more or less a decade, it’s easier to forgive Cricket 22 its shortcomings. So it will be interesting to see whether Big Ant Studios manages to improve the less impressive aspects via patches… and the hopefully inevitable Cricket 23.

In Short: The low budget is obvious throughout but the game is clearly trying its best, with a great gameplay experience and an impressive array of options and licences.

Pokemon Trading Is Easier Than Ever, But It’s Lost Its Magic – It’s Time To Get Rid Of Version Exclusives