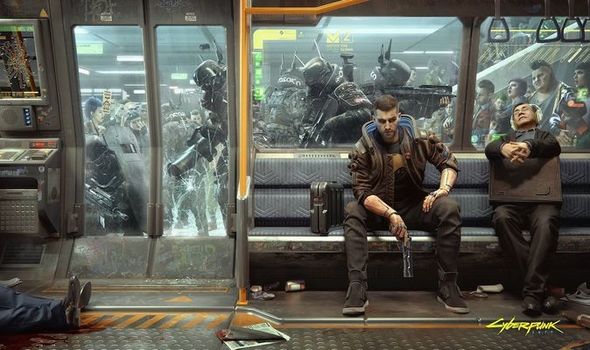 Cyberpunk 2077 fans have been dealt a blow this week, as CD Projekt makes a last-minute delay.

Taking a cue from companies such as Sony, EA and Activision, CD Projekt has decided to postpone its Night City Wire event to later this June.

The event – which was originally scheduled to take place on June 11 – will provide fresh Cyberpunk 2077 details and showcase new gameplay.

“We still look forward to sharing new information about CP’77, but more important discussions are happening right now and we want them to be heard. We wholeheartedly stand against racism, intolerance and violence. Black Lives Matter.”

While the gameplay reveal has been temporarily delayed, the game itself remains on track for its September release date.

That’s according to CD Projekt’s Adam Kicinski, who recently told investors that the game is in the final stages of development.

“Since mid-March, we have been working from home, while ensuring continuity of all our operations,” Kicinski explained.

“Our goals haven’t changed; first and foremost, we intend to release Cyberpunk 2077 in September. We feel motivated and have the necessary tools at our disposal to meet this goal.”

Fans were worried that the game – which has already been delayed once – would be pushed back due to working restrictions during the COVID-19 crisis.

Kicinski also revealed more about the game’s post-release DLC plans, confirming that the game would receive “no less DLC than The Witcher 3”.

The Witcher 3 was followed by two major expansions, which introduced new story quests and even a new area. Fans were also treated to new cosmetic items and missions.

Kicinski also suggested that the Cyberpunk 2077 expansions would likely be announced ahead of launch.

Cyberpunk 2077 is described as an open-world, action-adventure game set in the futuristic location of Night City.

“You play as V, a mercenary outlaw going after a one-of-a-kind implant that is the key to immortality,” reads the official description.

“You can customise your character’s cyberware, skillset and playstyle, and explore a vast city where the choices you make shape the story and the world around you.”

As the description suggests, different players will have a vastly altered experience based on their approach to gameplay.

The 10 Unevolved Pokemon with the Highest HP Stat

Riot Games’ Valorant Could Be The “Overwatch Killer”, According to Pokimane

EA Mentioned Titanfall In Financial Call, Getting Our Hopes Up Again