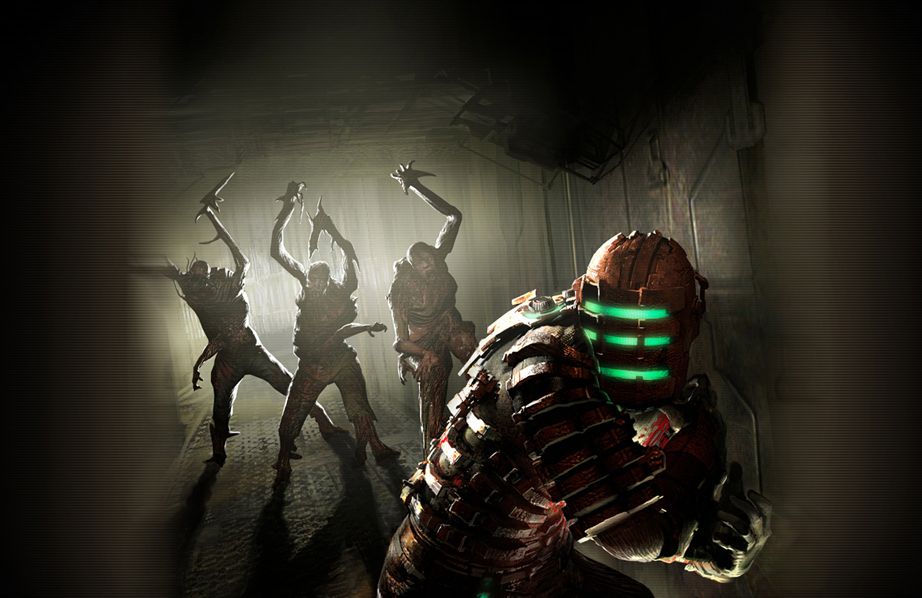 A reader plays Dead Space for the first time and explains why, despite not liking it, he’s still really excited to see the remake.

I would consider myself to be quite a fan of survival horror and I’m very encouraged by the recent round of announcements, which includes Silent Hill, Alan Wake 2, Resident Evil 4 remake, Slitterhead, and The Callisto Protocol. I’m totally expecting to be disappointed, especially after the last time there was a survival horror ‘renaissance’ (I loved you Alien Isolation!) but if we get at least some great horror games out of it then that’s all that matters.

Like anyone, I can’t play everything but when news of the Dead Space remake came up I decided to give the original a go, since for some reason I’d never played it. I’m not really sure why either. Maybe I was just busy at the time, short on cash, or was put off by EA being the publisher. Probably a bit of each but it was over a decade ago, so I don’t really remember. I do remember everyone saying it was really good though, so I got excited about giving it a go.

I knew the graphics wouldn’t be that great, because how could they be, but actually I’ve found they hold up pretty well and I imagine they were very impressive at the time. The actual game itself though… I’m actually kind of shocked by how much I haven’t enjoyed it.

For those that haven’t played the game either, Dead Space is very, very obviously influenced by Resident Evil 4. To the point where I can’t believe the sales pitch to EA was any longer than ‘It’s Resident Evil 4 but in space’. They probably didn’t add ‘but without any of the camp or creativity’ but include that yourself and you’ve pretty much got the perfect description.

The game is also heavily reliant on sci-fi films like Alien and Event Horizon for its look and atmosphere. These aren’t subtle nods, they’re basically just wholesale steals that immediately left a bad impression on me, as I quickly realised the game wasn’t even trying to do anything new or original.

It is, in fact, one of the worst examples of a style of game, prevalent in the Xbox 360 era, where the only ambition is to mimic a particular movie scene. You see it a lot in Rockstar games from the time, where there’s barely any pretence that it has anything to with the rest of the game, they just wanted to recreate that scene from Scarface or Goodfellas or, in this case, Alien.

I also found the necromorphs an extremely uninteresting enemy. They scream and jump scare effectively but they’re just animated corpses, so they have nothing to say and visually they’re very generic. There’s some body horror elements that are kind of neat but compared to something like the xenomorph, the predator, or the monsters of Silent Hill they just look like background characters from a heavy metal album cover.

Playing the game it’s all painfully competent, with nothing being terrible, nothing being great, and absolutely nothing being original. The one moment that could’ve been good is the zero-G sections but they don’t work at all how you expect them to and are no fun at all. That maybe was a technical limitation, I’m not sure, but it ruined the one chance the game had of being its own thing.

It certainly doesn’t distinguish itself when it comes to the missions, which are painfully repetitive and dull, as you slowly wander from one end of the ship to the other fixing seemingly every bit of machinery there’s ever been; you can almost hear the developer’s desperation at not being able to think of anything else to do. Compare this to the endless invention of Resident Evil 4 and I’m surprised they weren’t too ashamed to make the comparison themselves.

Dead Space is nowhere near the worst game I’ve ever played but is definitely one of the worst survival horrors, at least one with any kind of budget. Sure, there are indie games and some earlier titles that are worse but in terms of a game with a lot of money and a big publisher behind it Dead Space should have been a lot better than it is.

And yet strangely I’m still interested in the remake. I watched one of the livestreams with the new developers and they don’t seem to be precious about the game at all. They say it’s good, which they’d have to whether they think it is or not, but they talk about a lot of improvements they’ll make to it too. Unfortunately, I doubt there’ll be many changes to the missions or the necromorphs but if they can make good on things like the zero-G sections then that could be really good.

The mistake they always make with movies is remaking ones that are already good, instead of improving others that missed the mark. It’s often the same mistake with video games but Dead Space may show how remaking a flawed game into a better game can work out for everyone.

7 Benefits of Using Cloud VPS Hosting for Your Business