Ahh, the massive and menacing Dragon God, a creature that no sooner pulverizes you like some punching bag on sight. The best way to describe this fight would be annoying, yet still relatively doable – more accurately it’s a puzzle rather than a boss battle and it remains one of the most defining aspects of the original Demon’s Souls.

For those lucky few capable of proceeding beyond the tutorial boss, the Dragon God lies in wait ready to punch you all the way back to kingdom come. That’s his go-to, after all, a mean left hook that will most assuredly make you want to quit the game at least a couple of times before finally barreling through.

It’s time to put this Floyd Mayweather wannabe in its place.

While still a pseudo-puzzle level, the Dragon God fight does deserve a bit of prep work before diving in. Much like in Flamelurker’s case, which required you to boost your armor’s fire defense stat, for the Dragon God, you will want to ensure you have on something that combats fire and blunt damage, as well. He’s got a nasty fist of steel and you absolutely do not want to get hit with it, otherwise, you will most likely be dead even with a full health bar.

Here’s a list of the best armor sets for blunt defense and where to find them:

• Mirdan Set: 94 Blunt Defense. Can be purchased via the Filthy Woman in 5-1.

• Brushwood Set: 109 Blunt Defense. Looted off the corpse in 1-1 in the small pool below where Executioner Miralda resides, or Bior in 1-4.

Given its high attack output, you will want to enter the fight with extreme caution and bring with you some Stones of Ephemeral Eyes, so you can revert back to human form after dying and get back that full health bar. It’s best that you try and begin the fight for the first time with Pure White World Tendency in Stonefang Tunnel, as this will grant you access to the Dragon Bone Smasher, among the best weapons in the game. I’d also recommend farming some souls and boosting your vitality up just a bit to ensure, in the off chance you do get molly whopped by the Dragon God, you won’t go down immediately. 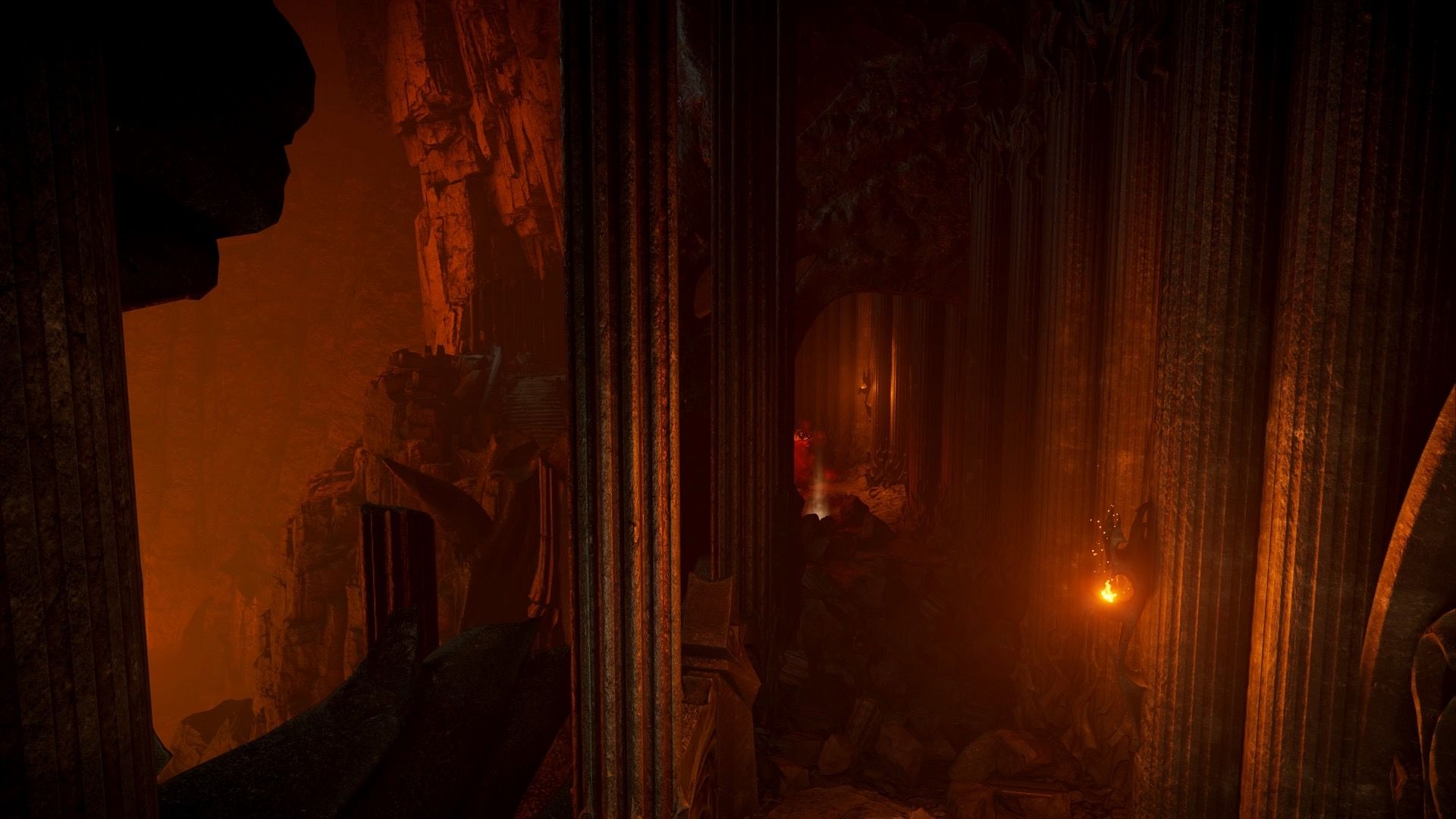 The above corridor is the most deadly portion of the map and the most annoying part of this entire fight. Once you get beyond this point, the Dragon God boss battle is a literal breeze, but successfully getting past its barrage of punches is no easy task. The simplest method is to watch and learn, follow his punches to the best of your abilities, rolling backward whenever necessary. I’d also purchase the spell Protection from Freke’s apprentice for 5,000 souls and use it before taking a single step down this hallway.

You will most certainly die. This whole fight is all about patience, timing, and strategy on where you place your body. Make sure to break all of the rubble blocking your way in this small corridor before you actually make that official leap of faith. The best thing to do is coax the Dragon God, placing your body in the line of his punch, then rolling back in time for it to miss you completely, then head straight forward again.

After getting beyond this point and utilizing the massive ballista to put an end to its rampant punching, now you can finally cross over to the other side and do the same exact thing to its other arm. Getting to the second ballista is nowhere near as difficult as the last one, you simply have to break a few pieces of rubble and climb up some stairs, but don’t take your sweet time. With both its arms pinned, you can now finally finish it, but be careful not to get killed by its dragon breath when up close and personal.

If you’re running a completionist playthrough and attempting to get that shiny platinum trophy, you will want to use the two melee weapons called Hands of God, which will grant you upon defeating the Dragon God the Fists of Legend trophy. 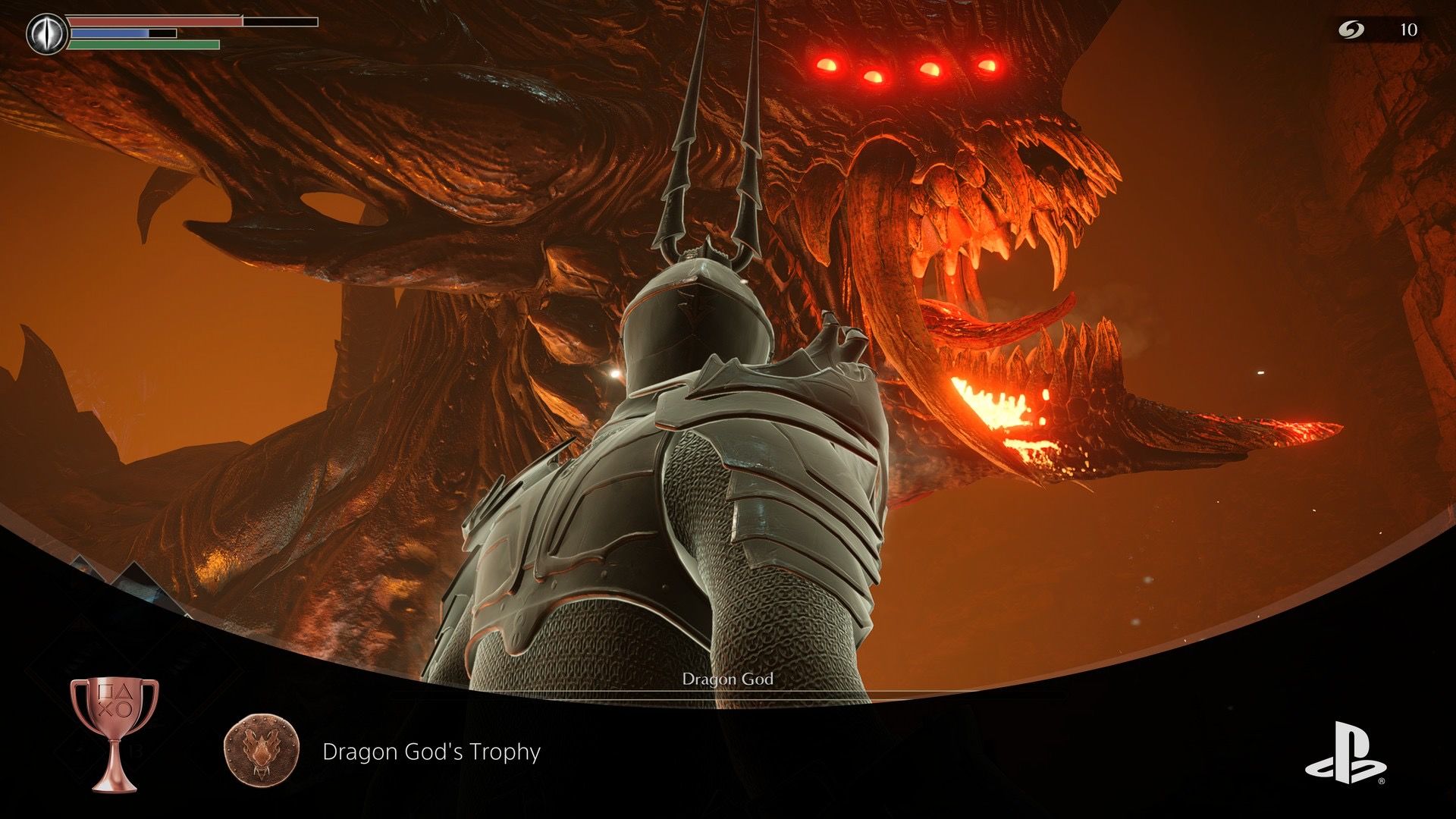 Once vanquished, you will receive the Dragon God’s trophy, in addition to 26,800 souls, a pure Dragonstone, and the Dragon Demon’s Soul, an item that can be used for a variety of purposes, such as learning God’s Wrath from Saint Urbain, Fireball from Sage Freke, and Firestorm from Yuria, the latter of which is extremely overpowered and highly recommended.

Next: Which Games You Should Play Based On Your Myers-Briggs® Personality Type 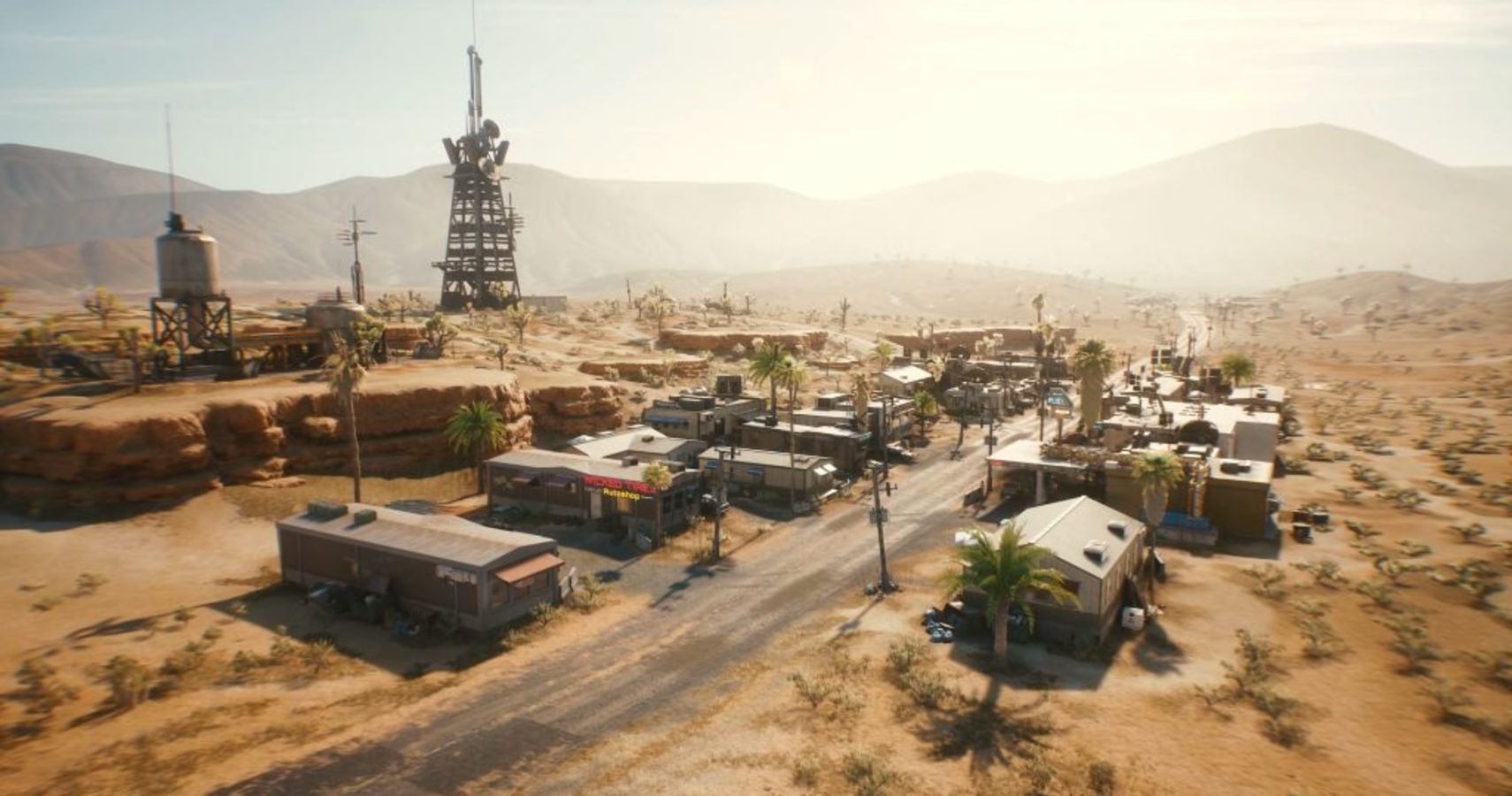 PlayStation Plus Games July 2020: Get 3 PS4 Freebies For 10th Anniversary Of PS Plus

Freddie Mercury returns in Let’s Sing Queen: How do you compare to legendary frontman?