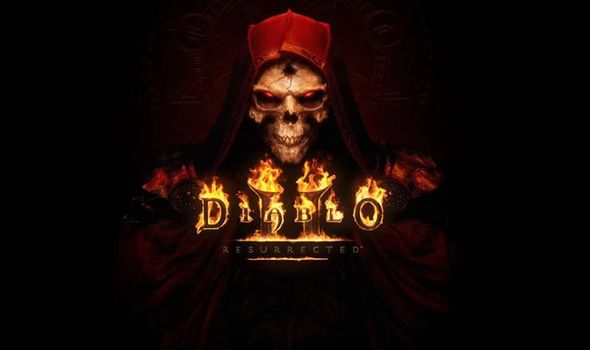 It won’t be long before the first public test of Diablo 2 Resurrected on PC, with more plans in place to expand it to a second technical launch.

For now, the upcoming Diablo 2 Alpha will be limited to the PC platform, with everyone who has signed up having a chance of being chosen.

The only downside is that there will only be a small group chosen from the fans who have joined the technical test.

The Diablo 2 Alpha will only include a limited amount of content, but it sounds like there will be plenty to explore.

Here’s what Blizzard has confirmed as part of the Diablo 2 Alpha Techincal experience:

Players will begin their adventure from the Rogue Encampment, a quaint site populated by survivors of the Sisterhood of the Sightless Eye, as they begin their search for the Dark Wanderer. However, an obstacle blocks the path, the one who supplanted the Sisterhood from the Rogue Monastery stands in between you and the way east. Confront Andariel, Maiden of Anguish, in a climactic showdown.

The Secret of the Vizjerei

If successful, the pursuit continues. Players will travel eastward to the Jewel of the Desert, the city of Lut Gholein. Although, this trading port isn’t the beautiful pinnacle of commerce it used to be. Following the Dark Wanderer’s visit, it is rife with evil. At night townspeople go missing and there are rumors of undead abominations skulking in the sewers.

WHEN DOES THE DIABLO 2 ALPHA START ON PC?

The Diablo 2 Alpha release date has been scheduled for Friday, April 9, at 3pm BST and will only be open to only those how have been invited.

A limited selection of players who opted-in for Technical Alpha will be chosen randomly for access and will receive instructions on how to participate via email.

Blizzard has also confirmed that the Diablo 2 Alpha will conclude for all testers on Monday, April 12, at 6pm BST.

Time is running out to find out if you have been selected for the technical test and Blizzard has said that everyone should have received the good news by 7am PST on Friday.

During the D2R Alpha, participants will be able to choose from three of the seven classes and be able to play through the entirety of the first two Acts of the game.

This will include choosing between the Barbarian, the swift and agile Amazon, or the spell slinging Sorceress.

Blizzard has also teased that during the technical test, at least one user will be chosen to take part in a future Alpha by watching selected Twitch streams.

The development team has also warned that the Diablo 2 Alpha will be single-player, telling gamers this week:

“Diablo II: Resurrected will launch with multiplayer, however, for the scope of this test we will be focusing on early game systems, the three playable classes, and client performance data. We will be including multi-player in an upcoming playable testing phase.

“Although the Technical Alpha is single-player, an internet connection is still required to download the client and play the single-player in the test. The final game will permit off-line play in single-player mode, but you will be required to connect to the internet periodically to check for updates.”

Call Of Duty: Mobile Sees The Permanent Return Of Hardpoint