If you’re more of a fan of the recent action-inclined Resident Evil releases, we’ve got some good news for you: the Resident Evil 3 remake features a handy little mechanic that’ll make the combat feel much more fluid.

As with any long-running franchise, Capcom’s much-acclaimed scare ‘em up has been through quite a few changes since the iconic original launched back in 1996. The earlier games, as veterans will tell you, were defined by several features: slow-paced exploration, clunky and super awkward controls, an inventory system that constantly saw you juggling the few items you could carry… this was early survival horror in a nutshell.

Almost two decades later, in 2005, Resident Evil 4 launched, ushering in a whole new age of dynamic TPS action, agile and intelligent enemies, more gunplay than every Arnold Schwarzenegger movie combined. Resident Evil 5 and 6 built on this concept, going full generic shooter in places and (depending on who you ask) tarnishing the series’ reputation forever.

More recently, with the likes of Resident Evil Revelations (and its sequel), the Resident Evil 2 remake and Resident Evil 7, Capcom seem to be trying a little harder to reconcile classic survival horror with a more modern style of gameplay, and the upcoming remake of Resident Evil 3 includes a very welcome feature to that effect. 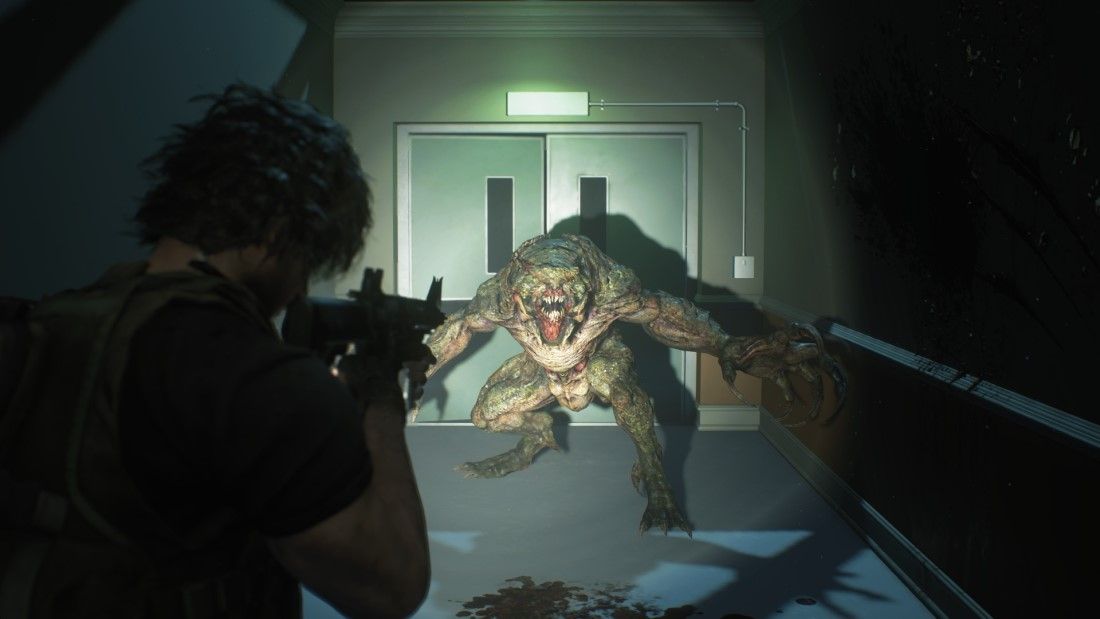 As Wccftech reports, the game’s producer, Peter Fabiano, is very proud of the enhancements his team has made to the gameplay, especially concerning Jill’s ability to evade oncoming attacks. “In the original, we had the dodge mechanic, and in this one we have the Quick Step as well as the Perfect Dodge,” he told Xbox: The Official Magazine. “So you can play it a lot more along the lines of an action game if you like, but through and through it’s a survival horror game.”

Marrying the old with the new in this way may well prove essential to maintaining the series’ audience and continued success, and it’s great to hear that this is the team’s priority. Elsewhere in the interview, Fabiano went to great lengths to emphasize the fact that this is going to be a fully-fledged remake deserving of the title, with extra content that will appease and surprise even veterans of the original. As we’ve also reported, Raccoon City itself is much more open to exploring than it was the first time around.

With the great glut of re-releases, remakes, remasters and such we’ve been seeing recently, it’s important that the developers go the extra mile to prove that they’re not just cashing in on our nostalgia. Resident Evil 3 clearly checks those boxes, and we can’t wait to dive back into Raccoon City when the game releases on April 3.

5 Game of Thrones Characters and Their Real-Life Partners