Kingdom Hearts 4 has been announced and the fandom is still reeling from its surprise reveal. Sora looks like a real person now, he’s grown into his shoes, and lives in one of the most expensive apartments in all of Tokyo. Have fun paying rent like the rest of us.

Putting aside the fact that Sora will need to get a part-time job or use his Keyblade to break into some bank vaults, the arrival of a new Kingdom Hearts brings the inevitable question of what Disney worlds we will see the upcoming sequel explore. The series is entering a new saga, which also means it can expand its horizon and explore locales we’ve never seen before or would have even thought to broach in the past.

While the game is likely several years away, and it will be months before we receive even a morsel of new information, it’s time to delve into five worlds we’d love to see in Kingdom Hearts 4. Let’s get our head in the game. 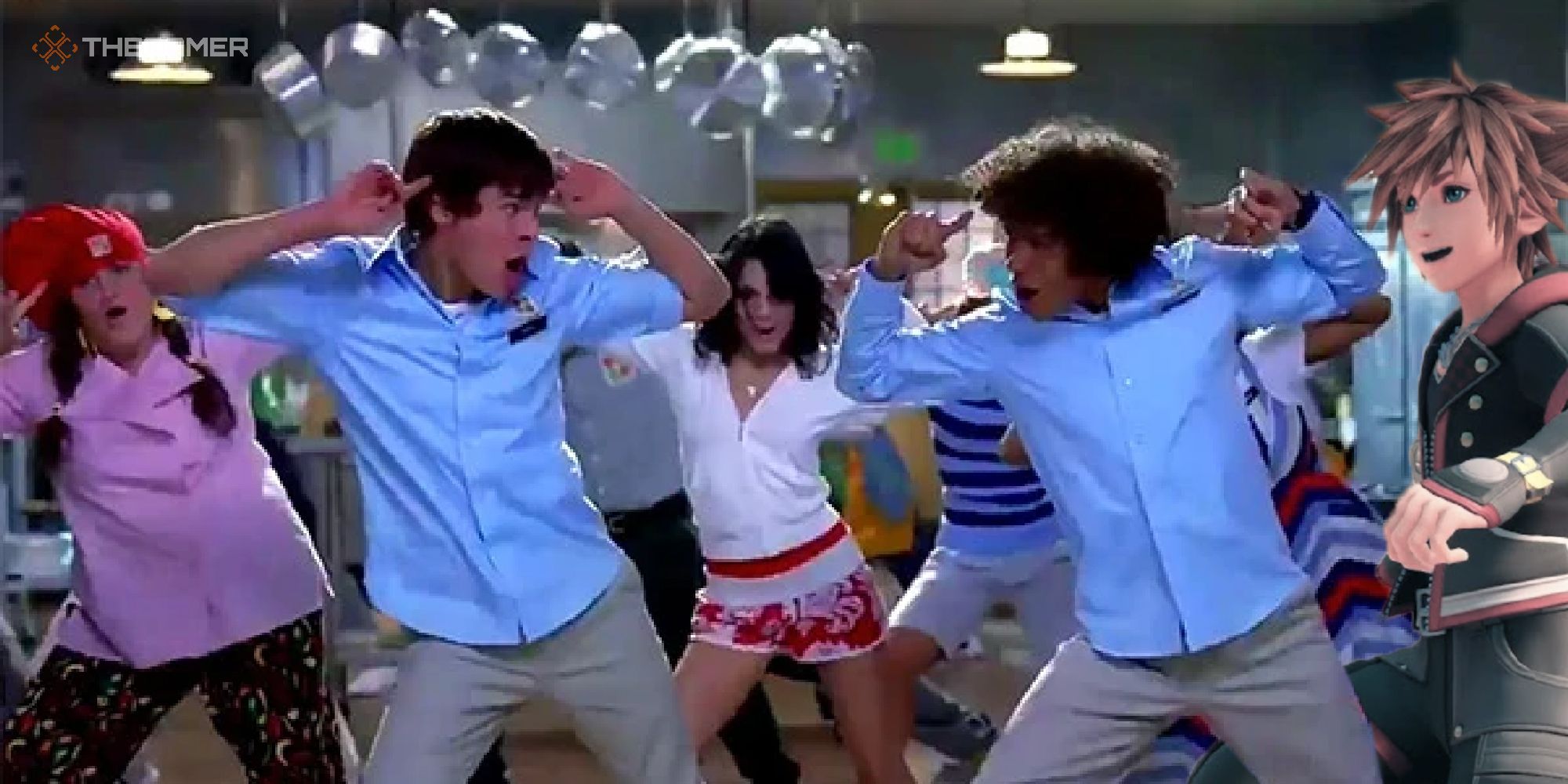 Come on now, this one is perfect. But I don’t want it to be some Little Mermaid bullshit with cringe-inducing rhythm game sections or so-so combat. I want Sora, Donald, and Goofy to become honorary Wildcats as they help Troy Bolton balance his life as a high school basketball star and emerging musical theatre geek all at once, showing him the value of being yourself and embracing the things you love even if it means being made fun of.

We’d obviously need dance sequences – and the original cast making a return – but you could easily corrupt certain characters like Sharpay and Ryan Evans with The Heartless, or have them work alongside darker forces in the name of fashion and popularity. All of this would culminate with an epic boss battle set to the tune of Breaking Free as you defend Troy and Gabriella from approaching enemies as they try their best to perform and nail the audition. Yes, I have definitely thought this through in my head way too many times. 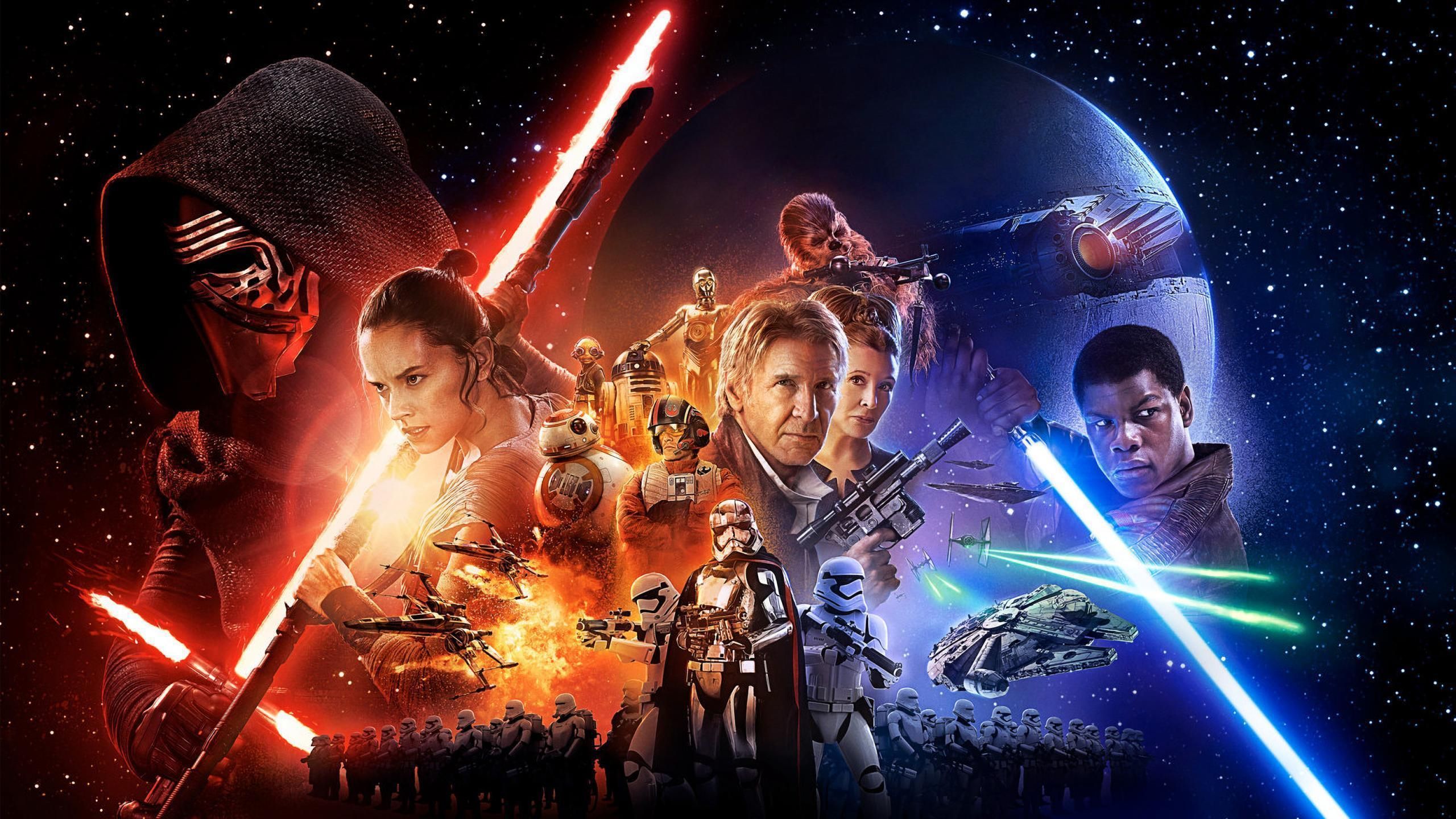 Sora embarking on a journey to a galaxy far, far away is pretty likely if the reveal trailer is any indication. It didn’t take long for fans to spot what appeared to be the mechanical limb of an AT-ST lingering in the background, hinting that we’ll finally be swinging lightsaber keyblades and using the force with Donald and Goofy by our side.

This was previously deemed impossible because Electronic Arts had exclusive rights to the IP, but Disney has now opened up Star Wars to Ubisoft, Quantic Dream, and likely even more developers in the future. Square Enix was clearly part of those discussions and didn’t waste time in pitching Kingdom Hearts and Star Wars finally crossing over.

Part of me hopes it will explore the sequel trilogy, if only to have Kylo Ren moping alongside Organisation 13 or whatever emo teenagers are the antagonists this time around. He is perfect for Kingdom Hearts and to see Sora work to turn him and show the value of love and friendship is the soppy nonsense we come to these games for. Rey, Finn, and Poe are also ideal companions to Sora, Riku, and Kairi – which is to say I wish they were a polycule. 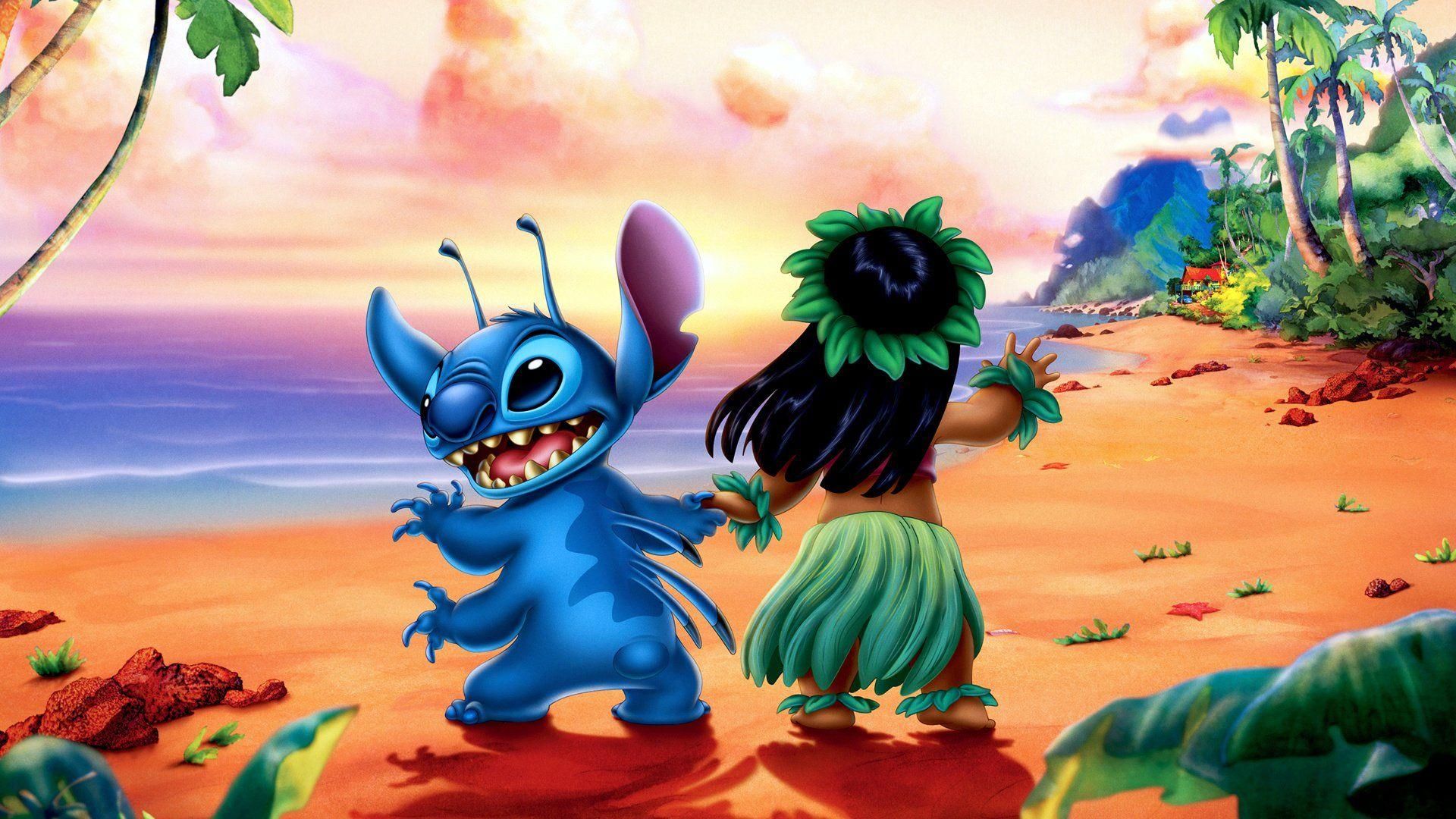 While we’ve seen Stitch as a summon and side character in previous games, it feels like his universe has been sadly neglected in the wider canon. I’m not sure why, because the emotional story of a young girl dealing with the loss of her parents and the adoption of a weird alien creature would lend itself well to Kingdom Hearts.

Sora himself is a big stupid kid, having been transported away from his parents and forced on an epic quest to save the world due to his own melodramatic destiny. Given Kingdom Hearts is clearly veering in a new direction, perhaps a side character like Kairi or Riku could unveil more about their respective pasts, recalling events that allow them to sympathise with Lilo as a kid who feels alone and lost in a world moving on without her.

There’s also so much potential for shenanigans in the film’s vision of Hawaii, both in terms of level design and enemy encounters. Kingdom Hearts has never been great at replicating the humour of whatever films it pays homage to, but maybe that could change with this new game. If anything, it could create more three-dimensional characters instead of glorified characters that end up having little to no lasting impact on the main narrative. 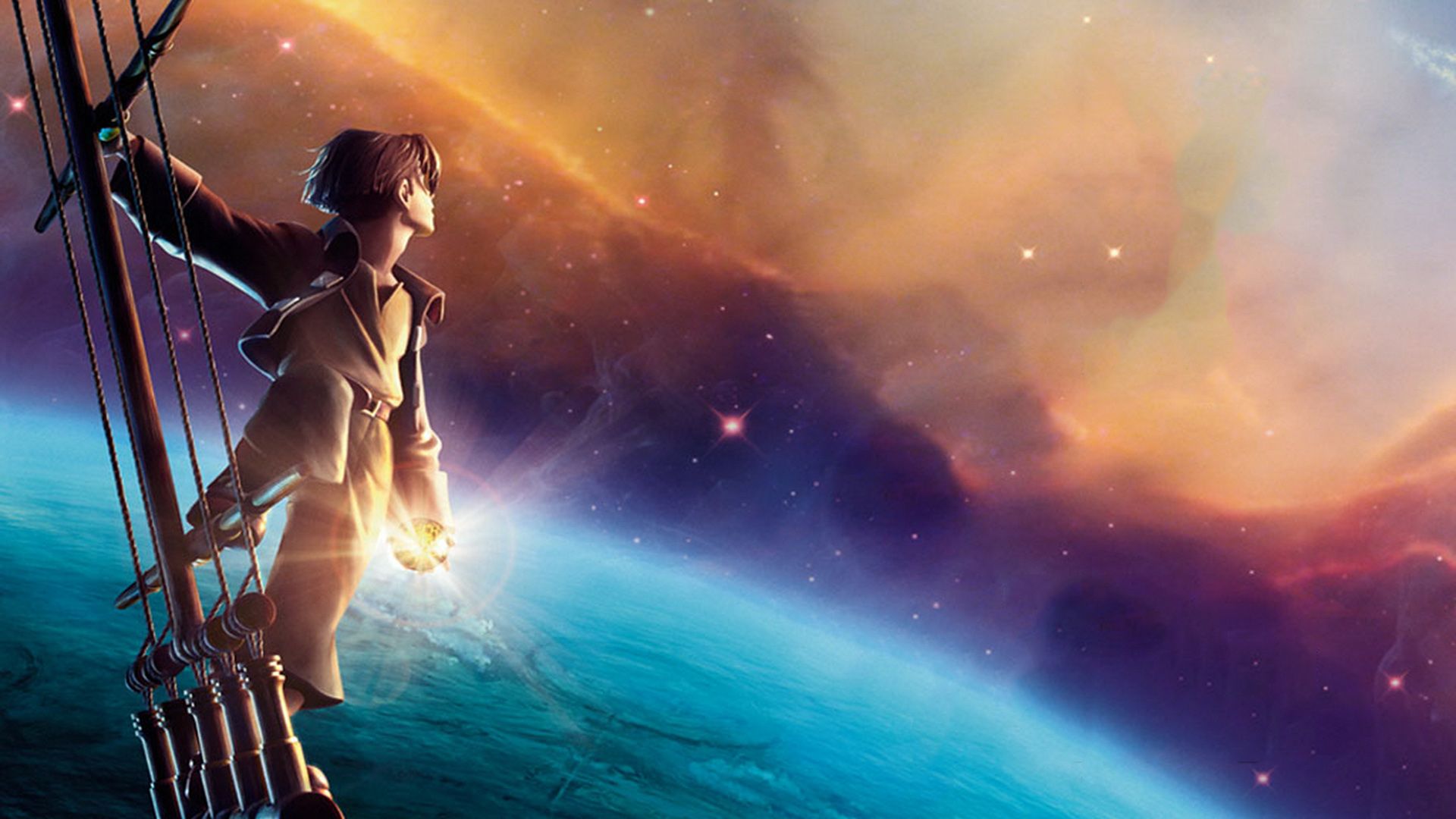 The early noughties saw Disney release a number of box office bombs, but would become cult classics in their own right in the years to come. Treasure Planet is one such film, and an experience that millennials like me probably remember fondly as one of Disney’s last 2D animated hurrahs on the silver screen.

This film is utterly perfect for Kingdom Hearts. It’s stylish, futuristic, and features a sprawling world built for rebellious adventures and pursuits of treasure. Sora might be growing up, but he’s still a big kid at heart and will jump at the opportunity to embark on a galactic voyage. Treasure Planet never received the respect it deserved, so to see its characters explored in a new medium with an expanded story or nuanced retelling would be so welcome.

You saw this one coming. As TheGamer’s queen of gay cartoons I had to include The Owl House as a potential world to explore in Kingdom Hearts. Given Luz Noceda is from another world herself, maybe she is even aware of Kingdom Hearts and is a huge fan of the series, and thus loses her mind when Sora rocks up and asks for her help to defeat a bunch of Heartless loitering in her world. She’d be more than happy to help, and could learn some lessons central to her own show along the way.

The same could be said for Amphibia. Anne Boonchuy is a fish out of water, and nefarious forces from the Kingdom Hearts universe could team up against her own cavalcade of villains that only her, The Plantars, and Sora are capable of defeating. Disney Channel shows are often left to the sidelines in Kingdom Hearts, either as niche references or summons that don’t play a major part in the overarching story. The upcoming sequel changing that perception would be amazing, and extra special if it’s a little fruity.

Enthusiasm for work in a slump? Here’s what to do