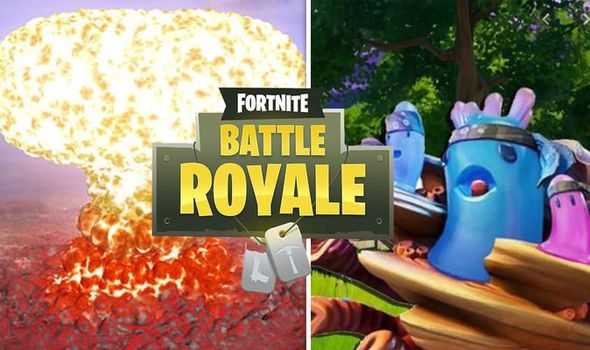 Fortnite fans have another opportunity to earn some easy XP thanks to the release of a new set of secret challenges.

Launching alongside update 13.40, the new Fortnite secret missions once again involve the evolution of the Coral Buddies.

The challenges are incredibly quick and easy to complete, making them a simple way of earning additional XP.

As long-time players will know, gaining experience points is the best way to level up your Battle Pass and earn some of those high tier rewards.

The second of this week’s Coral Buddies challenge is titled Enter the Nuclear Age, and can be found in the northern part of the map.

The challenge tasks players with collecting a Nuclear Container and then delivering it to the testing site.

Fortunately, the Nuclear Container and testing site and mere yards away from each other, so you can finish this one in a matter of seconds.

Completing the latest challenges will net players a respectable 25,000 XP, so it’s definitely worth doing.

One thing worth noting, however, is that you’ll need to complete the Reach for the Stars secret challenge before you tackle this one. 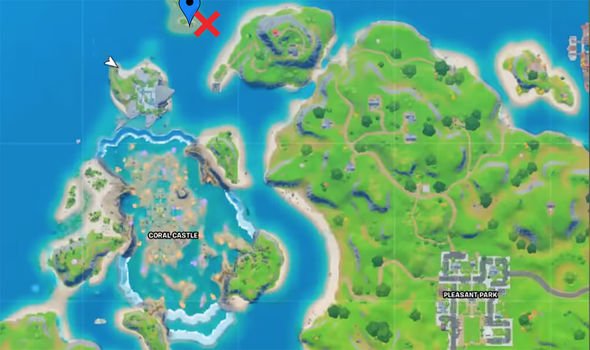 If you take a look at the image above, the Nuclear Container has been marked with an X.

It’s in the B1 section of the map, and can be found wedged in a small wooden boat that’s partially submerged underwater.

Once you’ve grabbed the Nuclear Container, just head to the location marked with a blue pin, where you’ll find a wooden box.

After arriving at the destination with the Nuclear Container in your inventory, the game will prompt you to start the nuclear test.

A big explosion signifies the end of what has to be one of the easiest missions yet. You’ll be rewarded with an additional 25,000 XP, and are free to carry on with your game.

The release of the new challenge coincides with the launch of the latest Fortnite update 13.40.

As previously reported, the headline feature of update 13.40 is the addition of vehicles such as cars and trucks.

This includes the Whiplash racing car, the Prevalent automobile, the Mudflap lorry, and the Bear pickup truck. Vehicles will have different health values, speeds and fuel capacity, so choose wisely.

Each new vehicle has a different amount of health and speed, not to mention fuel capacity and fuel burned.

There’s also a host of new skins, as well as a brand new radio station featuring songs by Drake and lots more.

Elden Ring: How To Level Up