Desperados III‘s latest update adds a quartet of new Baron’s missions for you to enjoy where you play as a cat, a dog, and a chicken named Sergeant Cluckers.

Patch 1.3 has arrived for Desperados III, and with it comes a brand new load of free content in the form of four brand new Baron’s Challenge missions. Those are the special one-off missions that get unlocked by completing the main campaign.

Easily the best one is “Rescue Aid Society,” which ditches Desperados III‘s usual cast in favor of a dog named Agent Floofs, a cat named Stella, and a chicken named Sergeant Cluckers. We’re not sure exactly if the terms “agent” means that Floofs is actually working for the feds, or if “sergeant” means that Cluckers is a non-commissioned officer in the army. 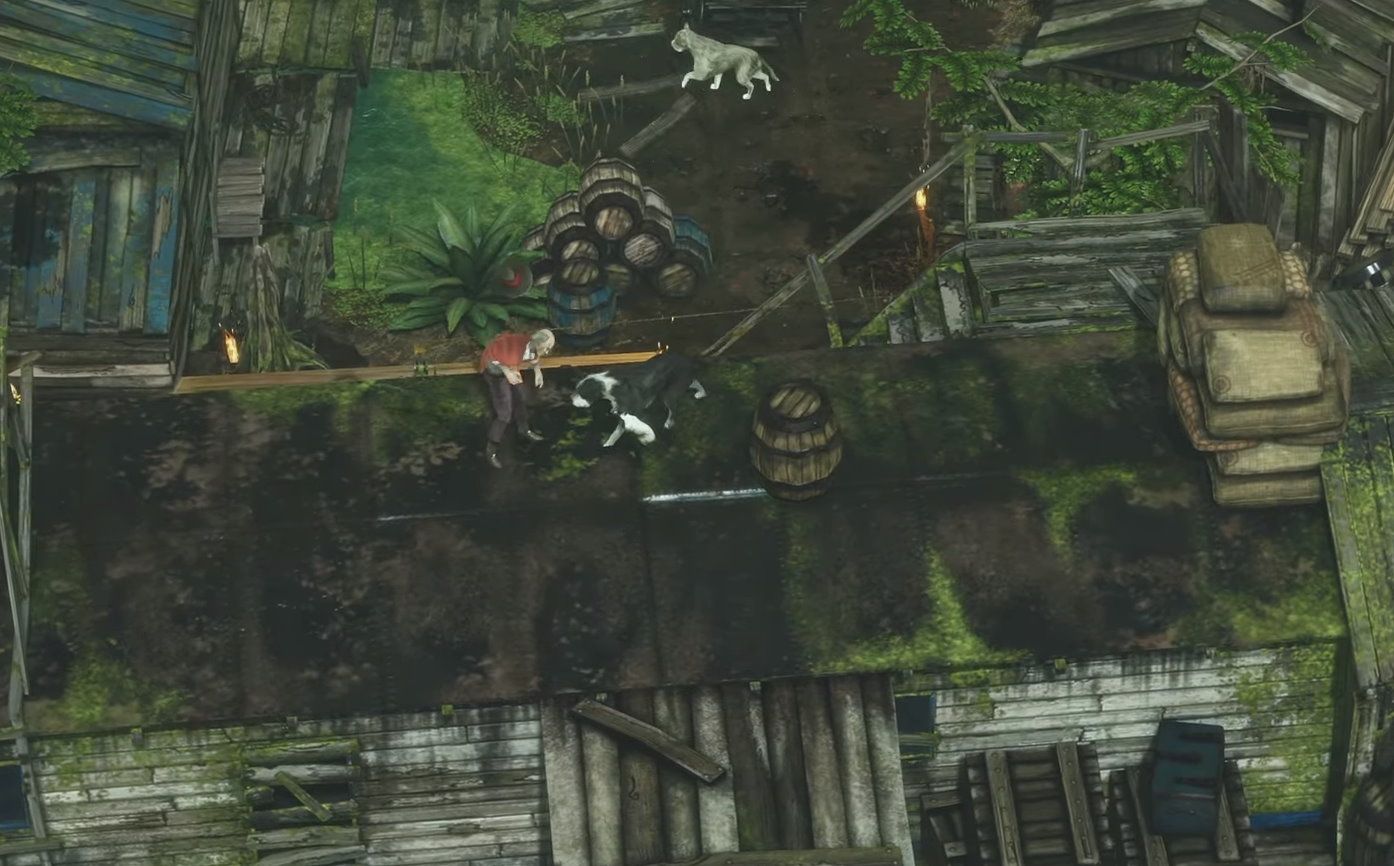 Doc McCoy has been captured and is being held prisoner in the bayous. Isabelle’s cat Stella has to recruit her animal friends in order to go save him because apparently McCoy’s human friends are busy. Don’t expect much gunplay, but Agent Floofs at least has a melee attack and Stella can make a sign fall on unsuspecting enemy guards.

Next up is “Three Men With No Name,” a veritable Where’s Waldo? mission where you find three guards among a crowd of doppelgangers. Find them, kill them, and don’t get accidentally murder someone you’re not supposed to. What could go wrong?

“Bear Trap Triplets” has you play as Hector with three bear traps, while “Best Served Cold” is a more traditional bounty mission where you find someone who had the audacity to swindle the Baron. Wanted dead or alive truly means dead or alive in this mission, so don’t worry about playing nice.

One interesting tidbit that developer Mimimi Games decided to share is that there’s a known bug in “Three Men With No Name.” If you decide to take the Dentist as one of three guards you’re assigned to kill, the game will accept him as the mission target. Weird to let your fans know how to cheat at a brand new mission, but I guess the devs just didn’t want to get flooded with emails from fans reporting the issue.

There’s also some minor stability improvements and bug fixes for Showdown Mode to do along with the free content. Be sure to download Patch 1.3 now to get at all the goodies.