The Pathless was made playable for the first time at PAX East in Boston last weekend after a stunning reveal trailer dropped in December. The game comes from Giant Squid, developers of Abzu, and is being published by Annapurna interactive. I got to demo the game with Matt Nava, Creative Director and Co-Founder of Giant Squid who also served as the Art Director on Journey.

The Pathless shares Journey’s stunning vistas, fluid locomotion, and sense of wonder and exploration. There are a lot of comparisons to make between the two games, including the music (both games were scored by Austin Wintory) but The Pathless has such a strong visual identity and unique gameplay that there’s little chance the game will be looked at as a “Journey-like.” Simply put, The Pathless is going to be huge.

An Archer And An Eagle

The lush forest open-world of The Pathless immediately leads one to consider the title literally: there is no mini-map, no quest marker, only a type of “vision” that allows you to see the silhouettes of secrets scattered around the world. Just pick a direction and go, The Pathless trades on the same sense of freedom and adventure that makes Breath of the Wild so special.

The movement has a sort-of endless runner vibe with some elements of a rhythm game. As you move you can hold the trigger to lock onto targets scattered around the forest. Hitting them fills your energy, allowing you to move faster. The goal is to chain these shots together to maximize your speed across the terrain. Once practiced, you can hit these targets at 50% charge exactly, giving you an even bigger speed boost. Jumping and holding the button will cause you to grab hold of your eagle companion and glide. As you glide, you can continue to hit targets to maintain your momentum. 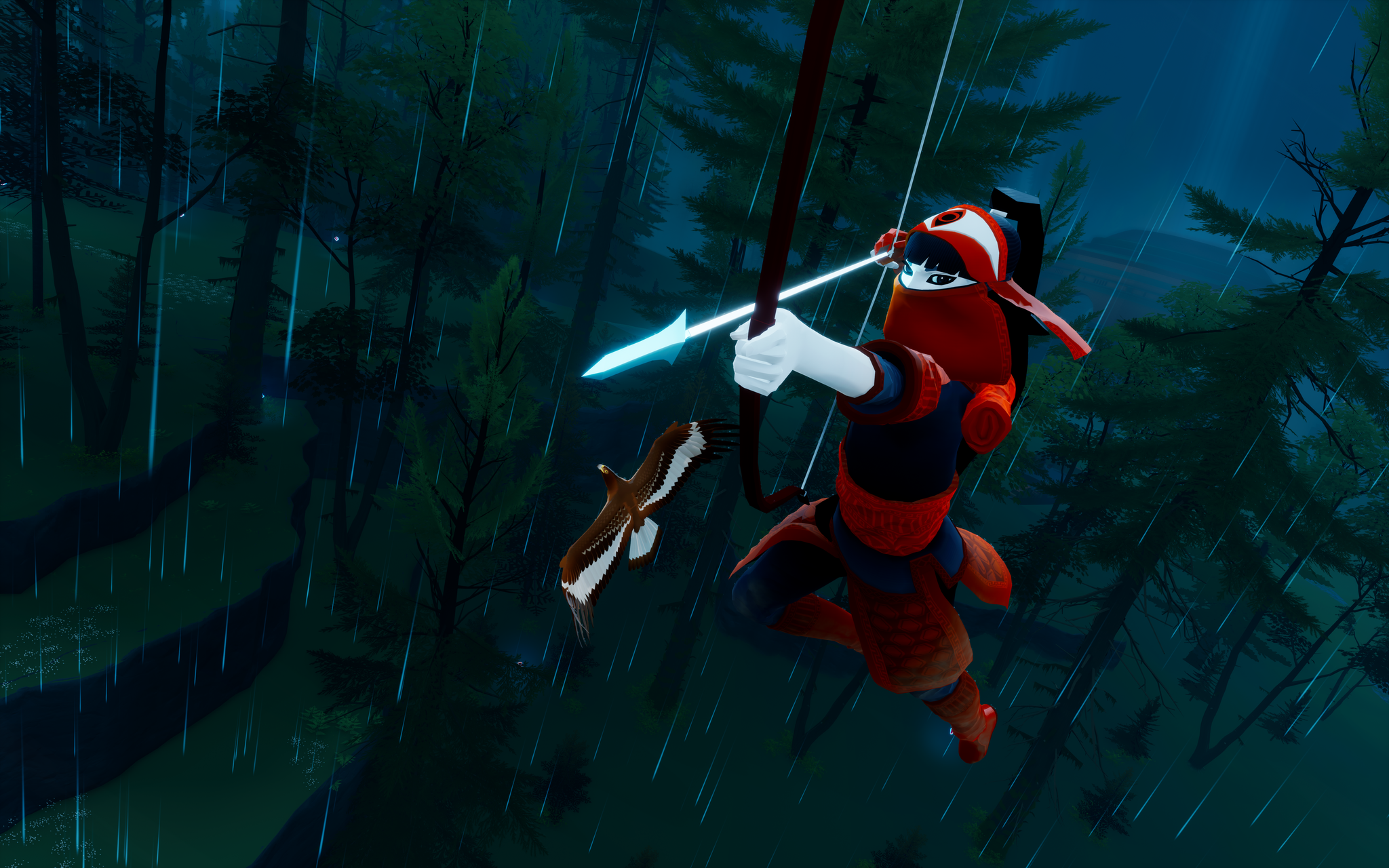 You can only jump/glide so high, so a major part of the game’s exploration is finding paths and ways to access secrets. There isn’t always one clear answer: the more creative you are with your mobility and momentum, the more secrets you’re likely to find.

As you progress, the eagle gains the ability to flap additional times, flying higher up as you glide. This provides access not only to previously unobtainable secrets but to new locations as well. The game is divided into several different areas each separated by elevation. You progress through the game by going higher. 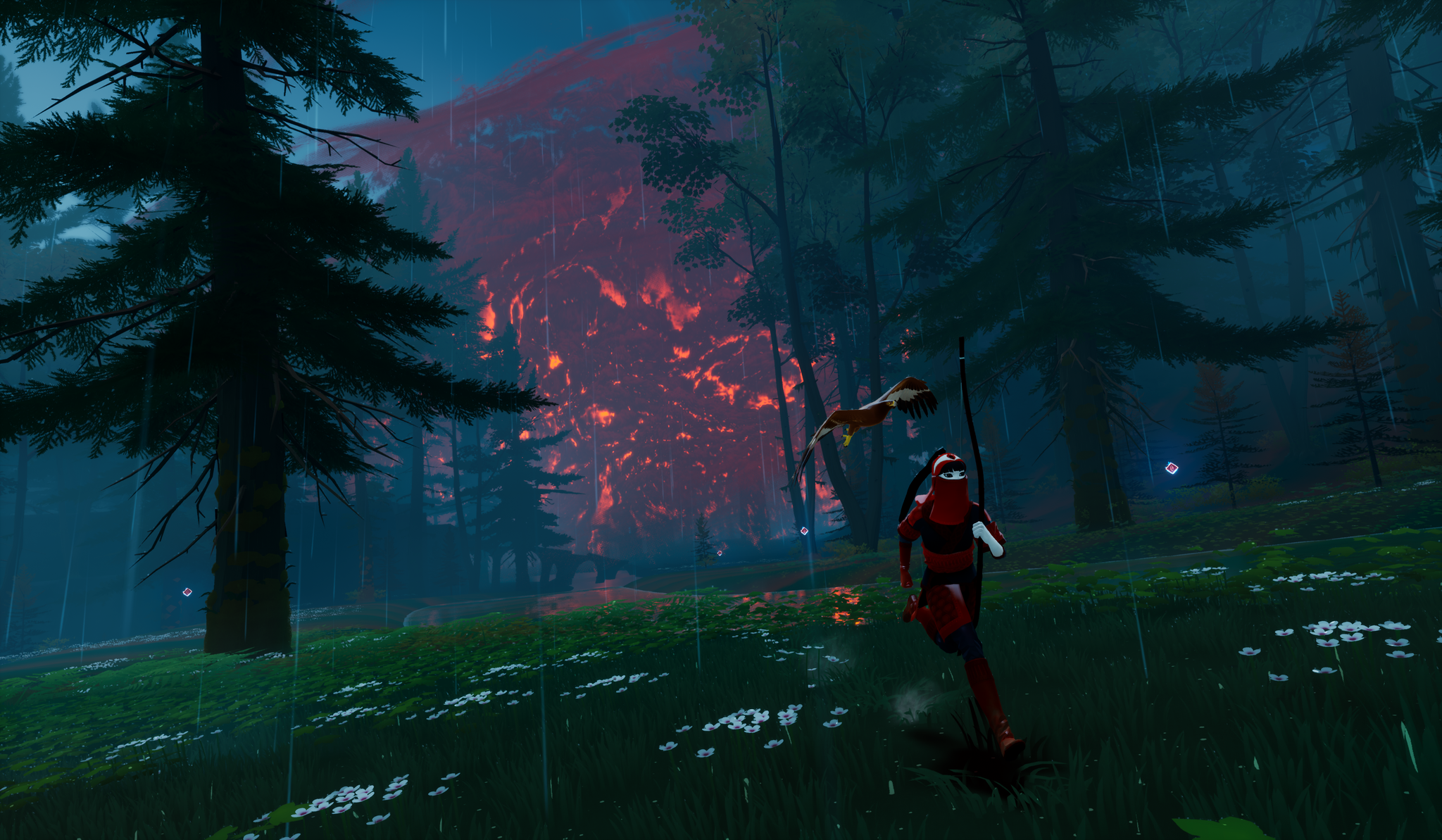 One of my favorite elements of the game is the way it tracks where you’ve been. While in “secret vision,” you can see a trail left on the ground behind you. As you progress through the game and climb higher up, you can look back and see where you have been from a new perspective.

A Corruption To Defeat

There is a threat to your journey, of course, a corruption spreading through the forest. The first encounter with the creature plays like a stealth sequence. Stepping into a massive red storm in the forest separates you from your eagle companion. While trying to find it, you have to avoid being detected by the corrupt creature. From then on, the eagle will need to be periodically cleaned of the corruption by wiping him down, or his ability to carry you will be severely limited. It’s a required moment of thoughtful preparation before attempting a big jump that once again draws from Breath of the Wild‘s style of immersive gameplay, but it’s also a tender bonding moment between you and your companion that does a lot of emotional heavy lifting very simply. 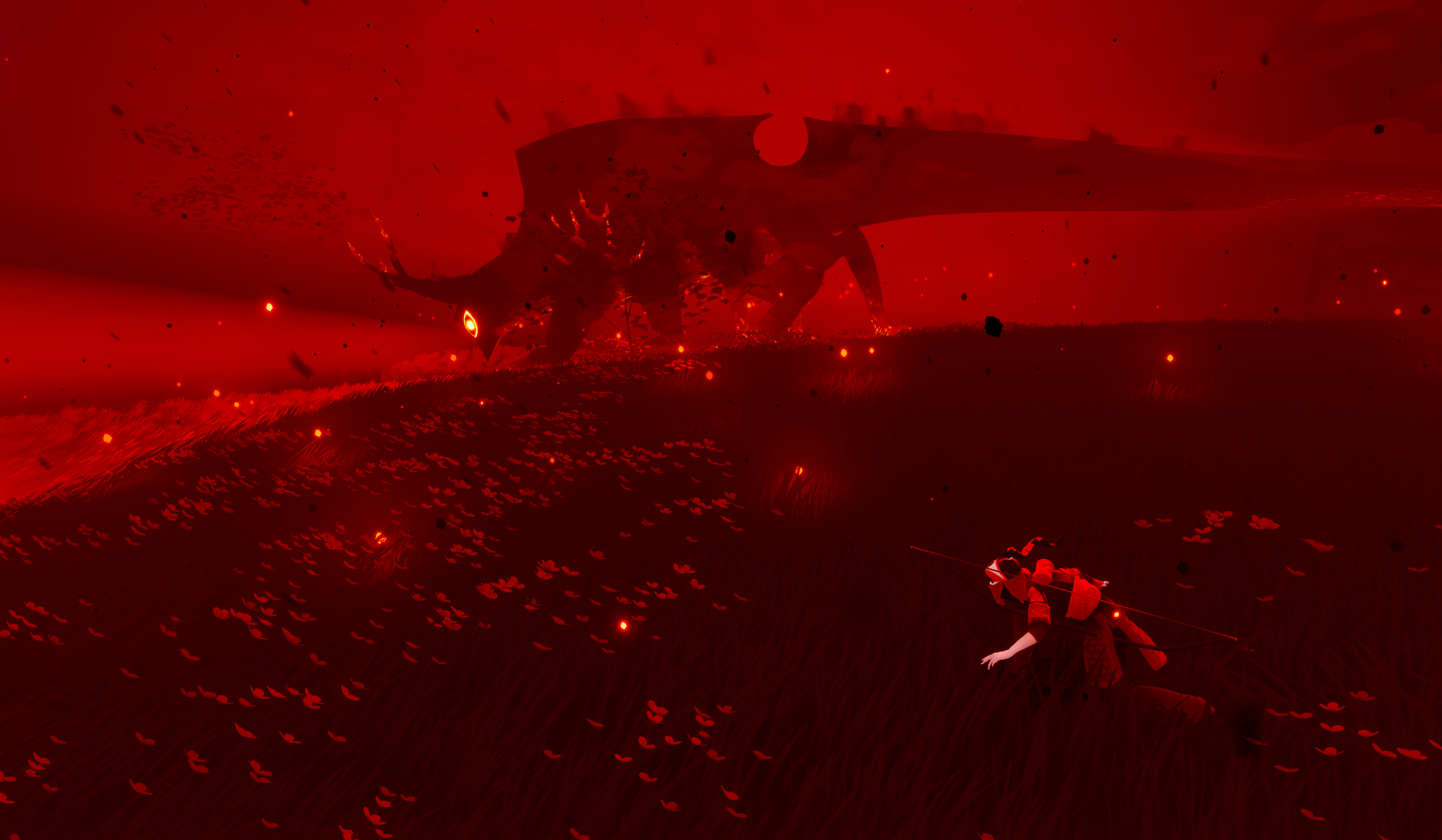 That sort of simple-yet-powerful storytelling seems to be a thread that carries through The Pathless. It doesn’t seem to be a story-heavy game per se, but it’s clear that events will unfold overtime on your adventure and that there is a narrative to discover from the world. F0r example, there’s a lot of wildlife I encountered during my demo that seemed to be contaminated by the corruption. Matt showed me that you can actually sneak up on these creatures carefully and clean the corruption off of them. Each area can be cleansed entirely as you progress through the game, which will, in turn, clear the overcast skies and bring sunlight back to each section of the forest, one by one.

The Biggest Game To Ever Debut On iOS

The Pathless is a visually stunning console game, and I’m told the scale of the adventure is massive compared to Journey, but what really grabbed my attention was the fact that Giant Squid and Annapurna Interactive are planning to release the game on Apple Arcade later this year. 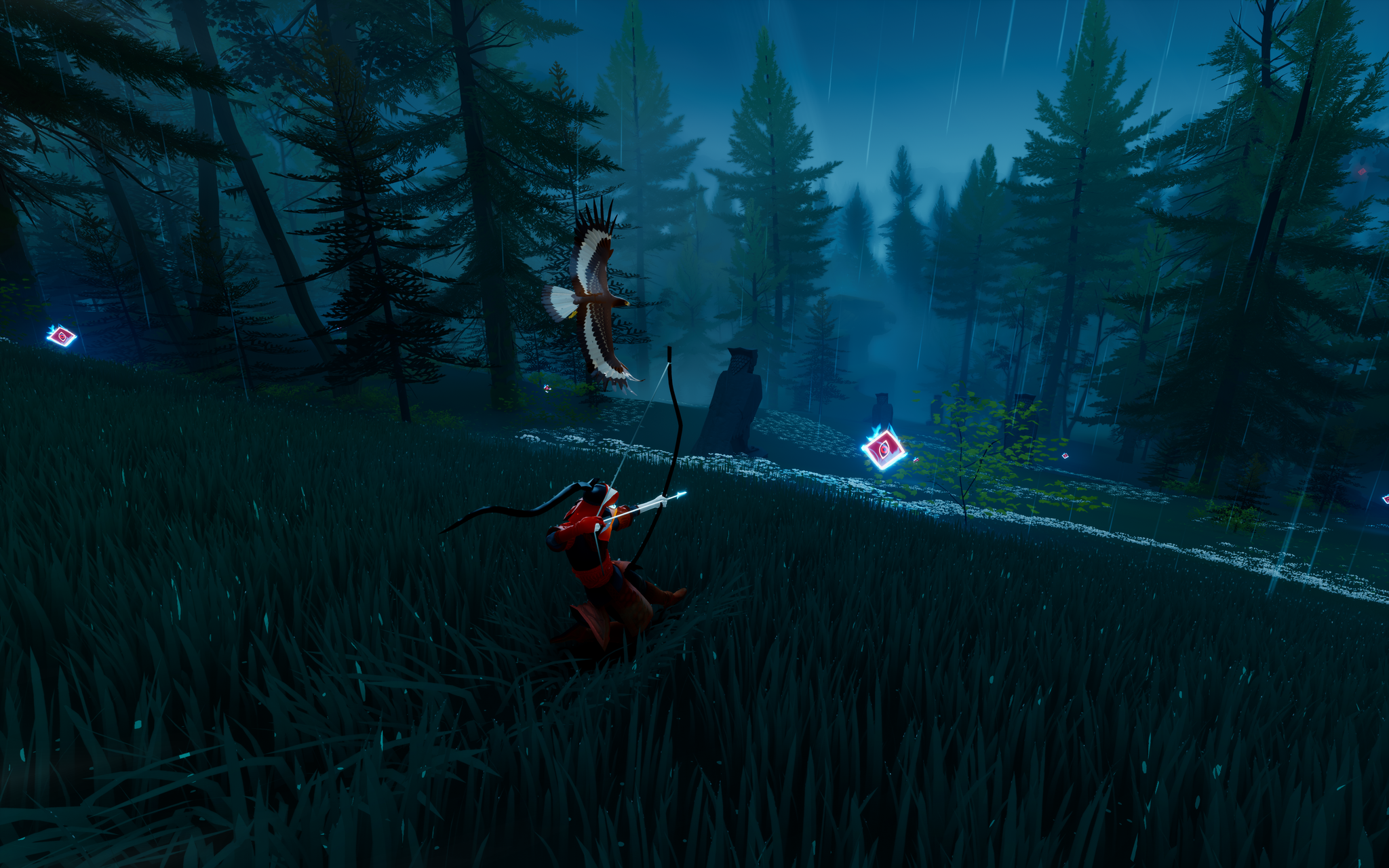 How they’ve managed contain something so visually impressive on an iPhone using only touch controls is beyond me, but Matt assured me that although it’s been a tremendous effort to figure out, they’re going to make it happen.

The Pathless does not yet have an official release date, but keep an eye out for it on PS4, EGS, and Apple Arcade sometime in 2020.