The Owl House is officially on hiatus until its trio of extended specials. I’m coping okay, dealing with the lack of new episodes by reading fanfiction and writing articles like this. So, I’m not really all that okay.

Whether I’m theorising about The Collector or touching on similarities between King’s Tide and True Colors, the world and characters Dana Terrace has created are so compelling and so drenched in detail that I can’t help but dig into them. I am TheGamer’s Queen of Gay Cartoons and all shall bow before me. Please enable me, I gotta get through this somehow.

Luz Noceda and company are now back in the human world, having fled through Emperor Belos’ makeshift portal in search of escape as The Collector seemingly brought the Boiling Isles to ruin. Emerging to a landscape drenched in rainfall with the portal now ceasing to function, our ensemble collapses into a pile of defeated tears as reality sinks in. They’ve lost, and there is no conceivable way back home to see their families again. 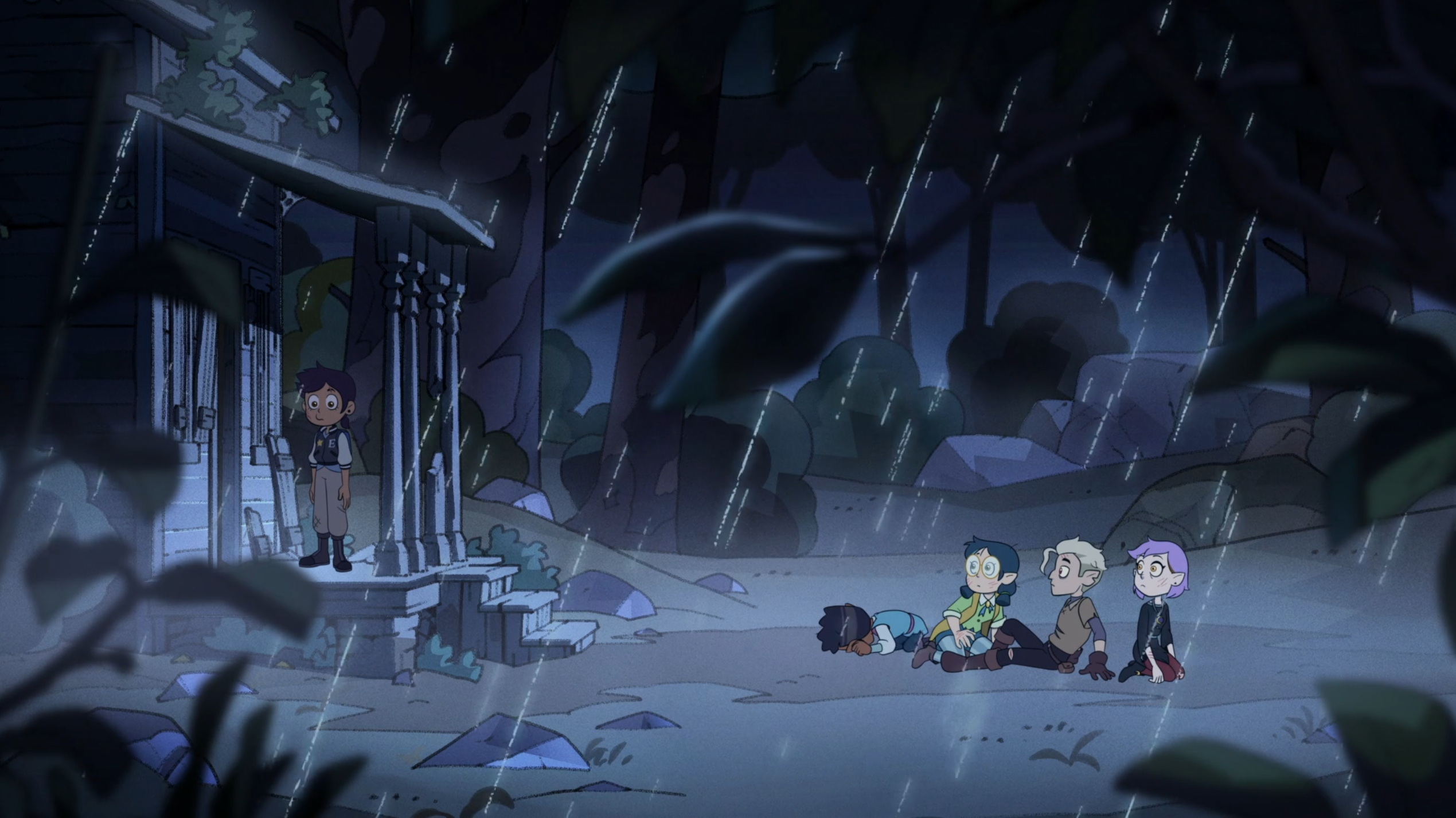 The baddies have won, this is a classic Final Fantasy 6 situation if I ever saw one. The season’s final scene has Luz knocking on her mother’s door, reuniting with her for the first time in several months under circumstances neither of them could have predicted. Covered in wounds both physical and mental, she announces her return with tears in her eyes as the credits roll. Now we have to wait months to see what happens. Goodness me I can’t take it.

While we’re left to ponder the events to come during the hiatus, I want to look past the depressing struggle our characters find themselves in and consider the exciting possibilities that come with them finally being back in the human world. While their primary objective will be to find a way back to the Boiling Isles and dealing with a new incarnation of Belos, I hope there will be some downtime in the human realm for these teenagers to have fun. They’re just kids at the end of the day, and need some levity while trying to save the world.

Dana Terrace hinted at the aftermath herself in a piece of art, with all of our magical teenagers being patched up by Vee before partaking in a well-deserved nap. They’re overwhelmed, traumatised, and have no idea what to do next. With only three extended specials remaining to tell its story, I doubt The Owl House will waste any time moving forward. It needs to move at a million miles a minute in order for every moment to hit with appropriate impact, which means quieter instances or days when Luz can forget the pressure upon her shoulders for just a few short minutes will be few and far between.

This breaks my heart, but I also adore how the production crew is able to conjure up innovation in the face of limitations, with King’s Tide being a perfect example of setting the stage for what’s to come while tying up all existing plot points for what will seemingly be a feature-length finale to a story that’s coming to a close far too soon. While I doubt we’ll see one, I think a brief time skip of sorts to open the specials would do the narrative so many favours, with glimpses at the aftermath of arriving home interspersed throughout. 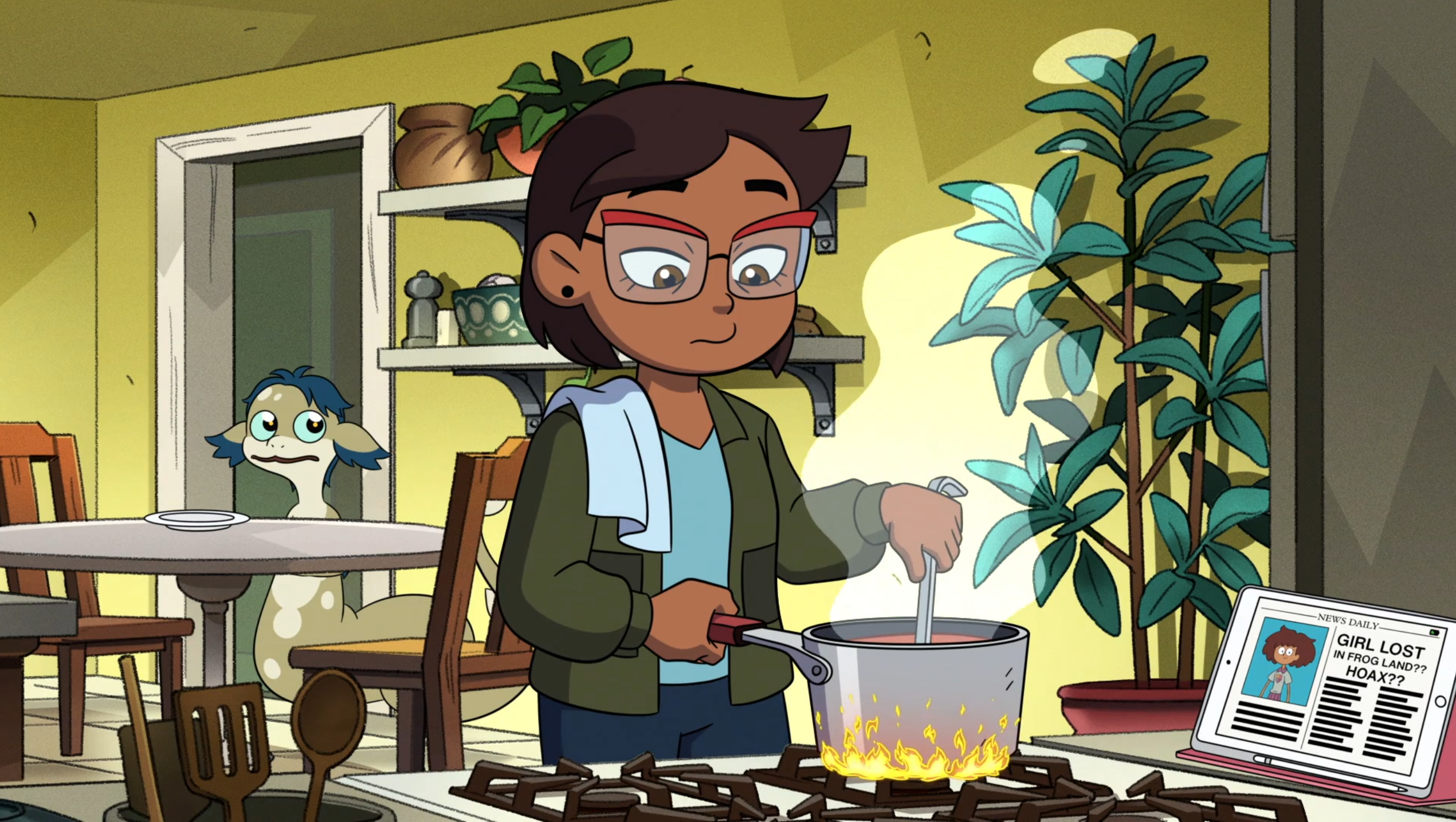 Imagine the first special opening with a series of scenes that show Amity, Luz, Willow, Hunter, and Gus settling into the human world and having fun with new discoveries. Hunter and Gus might be obsessed with certain food and video games, while Willow develops a fascination with the native plant life and how much it differs from back home. Luz and Amity are two young girls in love, so of course they’d take the opportunity to go on a date in a bowling alley and be all lovey dovey.

Such moments of peace would lure us into a false sense of security until the return of Belos and the potential of constructing a new portal rears its head. We will need to face the music, but I feel these characters have earned a break, or a chance to be themselves amidst an overarching narrative that won’t stop putting them through the grinder. I love fish out of water stories, and Luz will now be turned into a glorified tour guide for a bunch of teenagers who have never seen the human world before and will need to approach its customs with adorable trepidation. That and they all have pointy ears, which might be a bit of a problem. 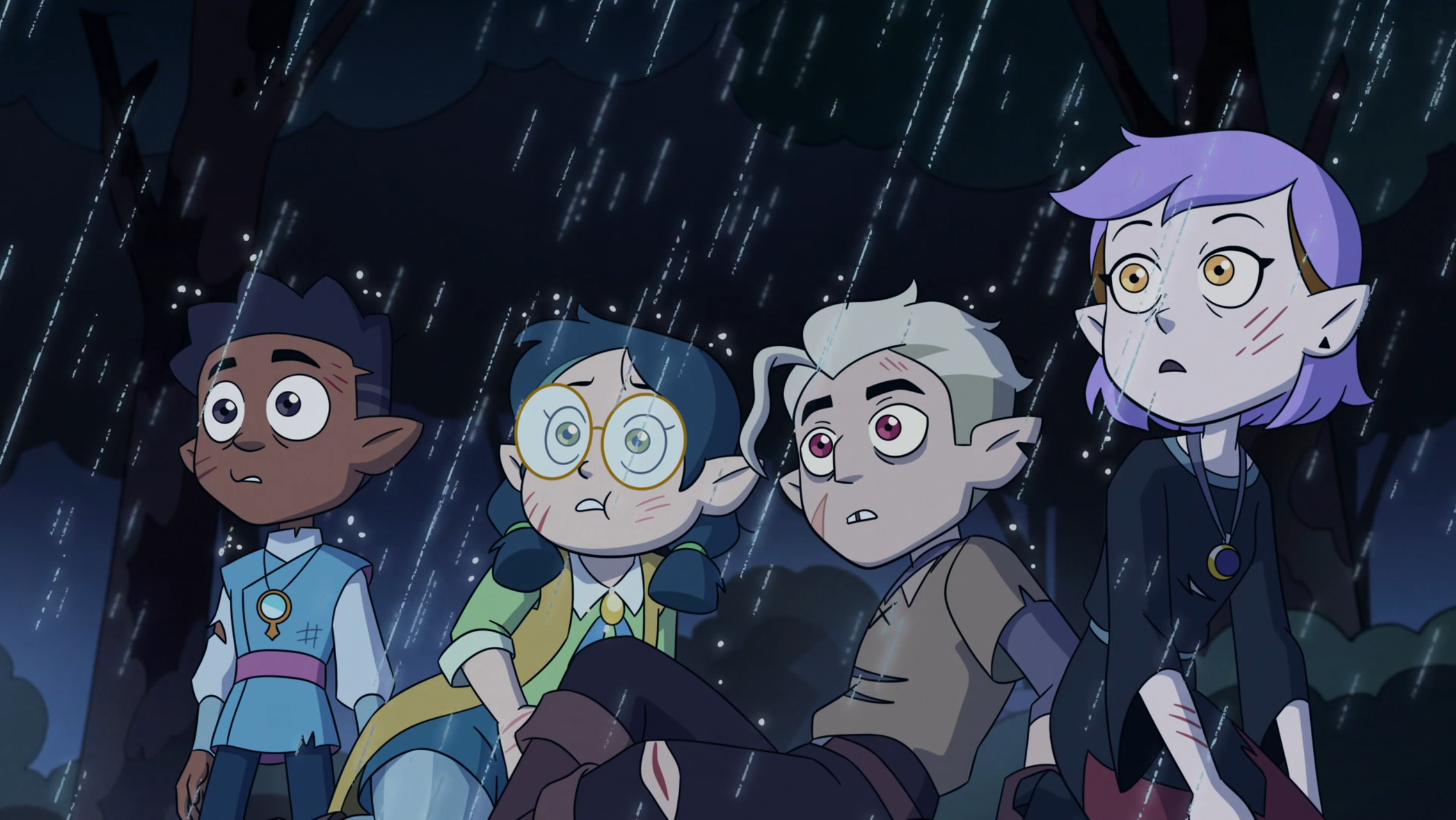 I just want Luz to geek out with Amity about her culture and family while also subjecting her to anime, cosplay, and all sorts of nerdy things that her girlfriend embraces without any hesitation. They’re in love, and have been through so much together that they will treasure these rare moments of peace before the fight begins anew. Fans will want to see these moments and given how the story is coming to an end in such an unexpected way, it will be fascinating to discover who and what is given precedence. Given all the signs, Lumity stans need not fear, and neither should those who want to see Hunter and Willow get together.

Luz’s mother will also have plenty of questions, and her agency shouldn’t be thrown aside as she’s labelled as little more than a caregiver for all of these otherworldly teenagers. Her daughter has been missing for months, and she had no way of knowing she’d ever make it back alive. Now she’s here, covered in cuts and bruises with a bunch of strangers she’s never been before. As a parent she will view them as her responsibility, wanting to do everything to help her daughter even if it means allowing her to jump into The Boiling Isles all over again with no promise of return. There are themes of family, trust, and love here that I hope to see explored, and perhaps Amity could even have a conversation with Camila about how much the past few months have changed Luz, and how in return she has helped so many others become better people because of her optimism, care, and passion for life. 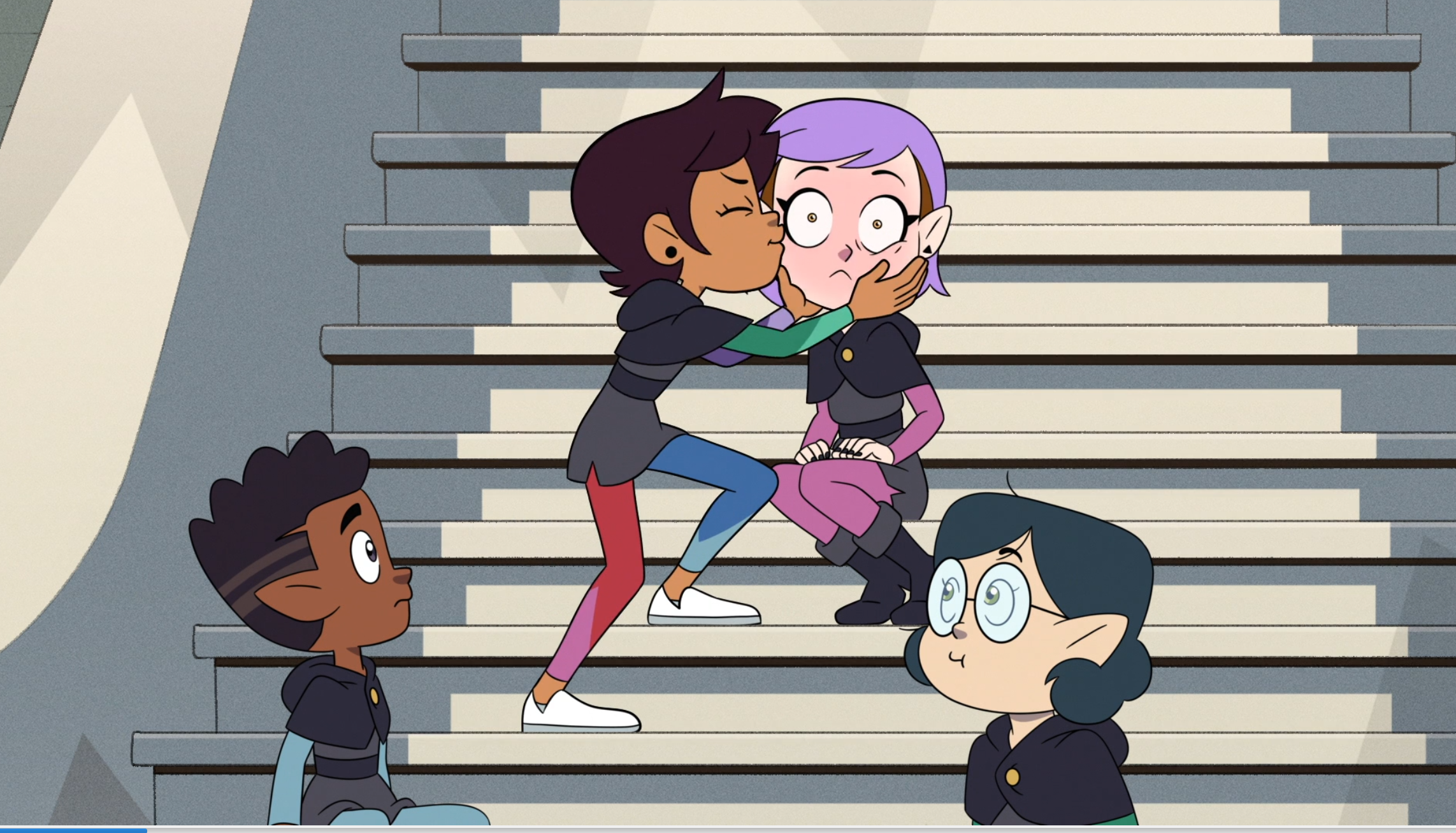 I don’t know how much time The Owl House will spend in the human world moving forward, or what experiences will be had or lessons learned by our characters in the trio of specials to come. But I’m so excited by the possibilities, with King’s Tide paving the way for a conclusion where anything could happen. Just let these kids be happy for a bit first, they deserve that much.

Housemarque had offers from companies other than Sony – but was it Microsoft?