You don't have to exert any mental effort to imagine a Mandalorian video game. It's an idea so glaringly obvious, so perfect, that I can't believe someone hasn't made one yet. This fruit is so low-hanging Grogu could pluck it from the tree without even having to stand on his lil green tiptoes. The Mandalorian is a great TV show, and the best Star Wars thing since the original movies. But it could be an even better game, if only Disney and LucasArts would see sense and throw money at a talented developer to make it. The idea is right there. It's crying out to be made. Screaming for it. But it still hasn't happened. What gives?

It's ridiculous how well Mando's day job would fit into a video game. You visit a backwater Outer Rim town, pick up one of those cool holographic bounty pucks from an agent of the Bounty Hunters' Guild, then go after your target. You fly into space and hunt them down—getting into cool Star Wars adventures along the way—then bring them back, dead or alive, and collect your payment. Imagine the bounty hunting missions from Red Dead Redemption 2, but in space. See that? That's a video game right there. A brilliant video game. A game that would probably sell millions—providing it was actually any good. 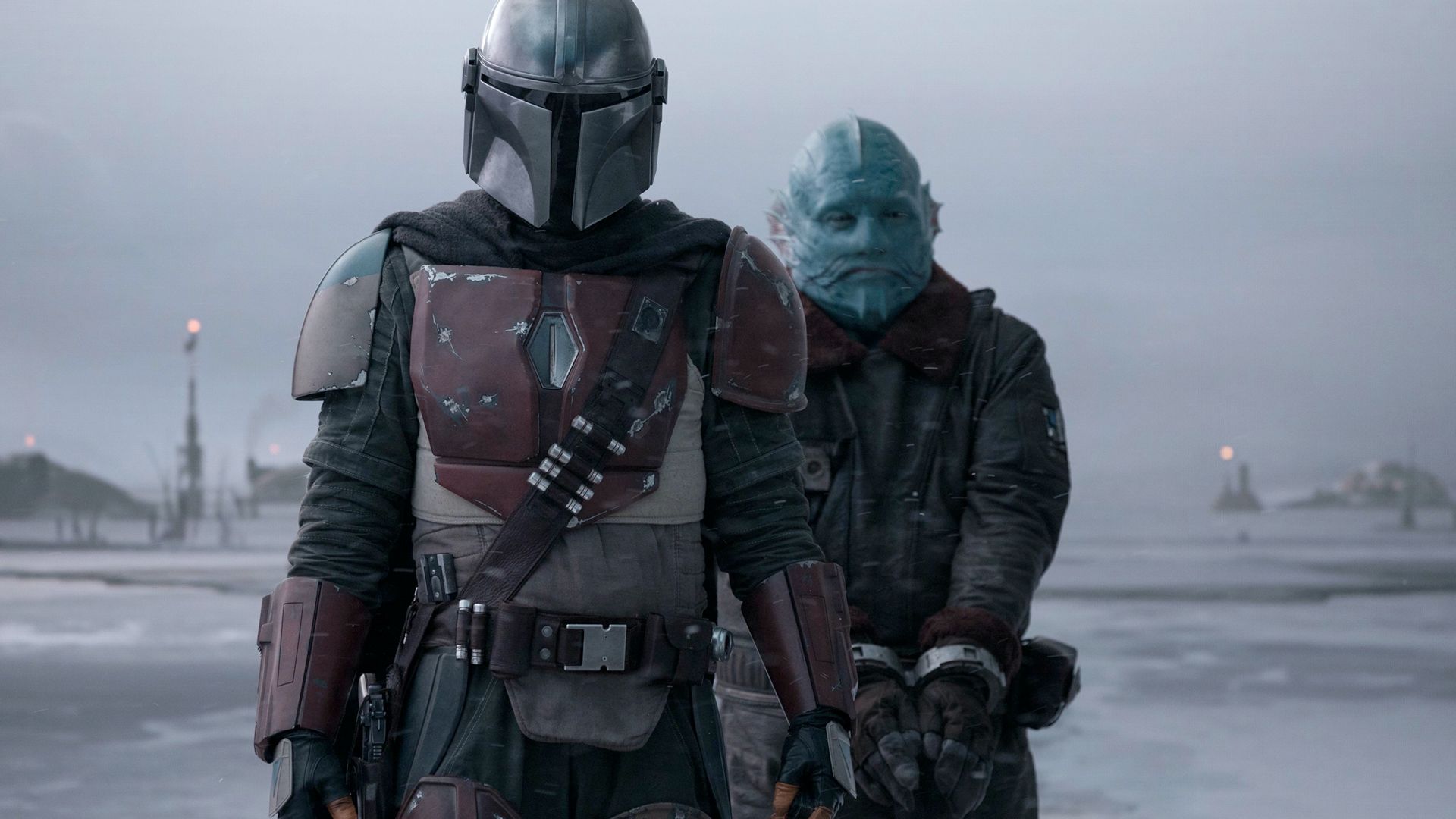 If someone did make a Mandalorian video game, the temptation would be to have the story follow the events of the show—because people are gonna want to hang out with Grogu, right? But that would be a mistake. The show exists. We don't need to be told that story again. Also, escort missions are boring. Instead, a game should be set way before Djarin's fateful encounter with The Child. When we meet him in the first episode he's already an established bounty hunter. It would make sense for a game to focus on this period in his life, when he was a free agent with no real responsibilities. Then it wouldn't be beholden to the show.

I mentioned Red Dead Redemption 2 earlier, and I'm going to mention it again, because Rockstar's sad Wild West epic is an ideal template for a Mandalorian game. Not so much the open world—which would be impractical in a story set across multiple planets—but everything else. That slow, measured pace, with long periods of atmospheric exploration punctuated with bursts of dramatic, meaningful action. A downbeat, melancholy tone, focusing on how grim life in the Outer Rim—the galactic frontier—can be. Flawed, nuanced characters, impactful stories, and planets with stark, sweeping Coen rothers landscapes.

While there could be a larger narrative to follow—perhaps leading directly to Djarin meeting Grogu—I'd prefer a Mandalorian game that just gave me a big chunk of the Outer Rim to explore and filled it with bounties. It could take inspiration from The Witcher 3, where a simple request to slay a monster can lead to big, sprawling, complicated quests that spin off in unexpected directions. A bounty hunter's life is all about freedom, and a game should tap into that, letting you—in the words of the Fetts—make your way through the galaxy. A bounty hunter simulator rather than a traditional story-led game. 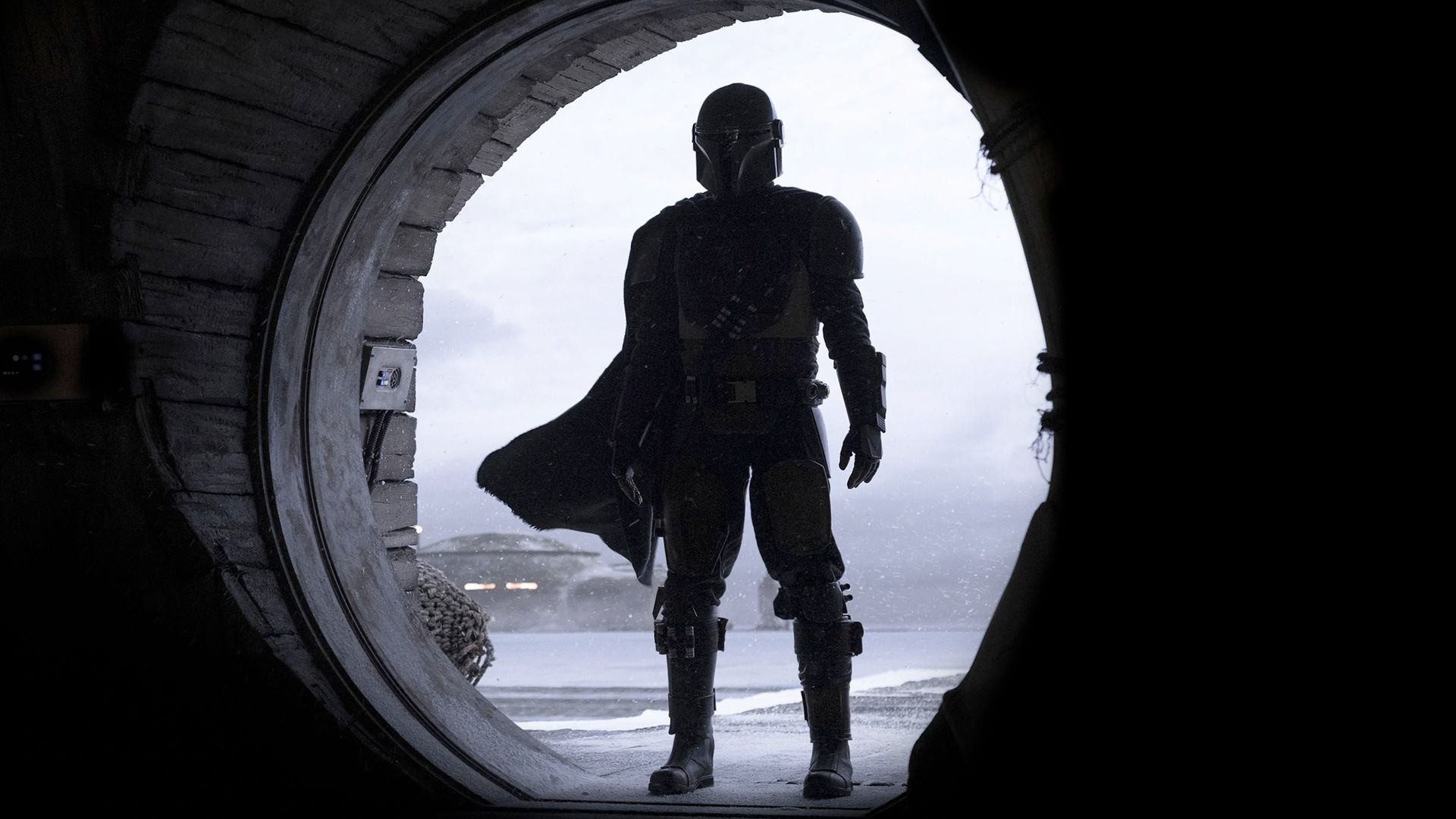 Hell, it doesn't even have to be a game about the Mandalorian, but any Mandalorian. The galaxy is full of them, and I love the idea of being able to create my own character—customising the design and colour of my armour and helmet. In the series, Djarin collects rare pieces of beskar steel and has the Armorer make him new pieces of Mandalorian armour with it. There's your upgrade system. Beskar could be a reward for tough bounties, letting you gradually improve your gear the same way Mando does on TV. See what I mean about this show slotting effortlessly into the familiar structure of a video game?

There are a few mystery Star Wars games currently in production. There's one helmed by Amy Hennig, of Uncharted fame, that is rumoured to focus on the Rebel Alliance. There's Ubisoft's open world game, created by the team behind The Division. An FPS from Respawn too, which is probably an entire console generation away. But I doubt any of them will be the Mandalorian bounty hunter sim I'm dreaming of. Why, though? Disney loves money, and this is basically a license to print it. If you're a high-flying exec and you're reading this, please, steal all my ideas. I won't mind. I just want this game to exist.

Epic is giving away A Total War Saga: Troy for free, but just for 24 hours today

Resident Evil: What Is The Mold?

Mapped raises $6.5M to build API for the ‘digital twin of data infrastructure’