We’re nearly at the end of Warzone season 5, but we still have another set of intel missions to uncover across the map. Following the previous missions, New Threats is the latest in the unfolding storyline hidden within the otherwise gameplay focused title. Whether you’re interested in digging deeper into the lore of Warzone, or just want to level up your battle pass by earning some extra XP while you play, this guide will show you where to find each piece of intel this week.

If you are new to these intel missions, there are a few things you should be aware of. First is that the intel must be collected in order, all during a Warzone match of either Battle Royale or Plunder, and you can only acquire one piece of intel per match. After each one you will either need to finish your current match, or quit out and join a new one to go after the next. We have six pieces of intel to collect, so let’s get to it. 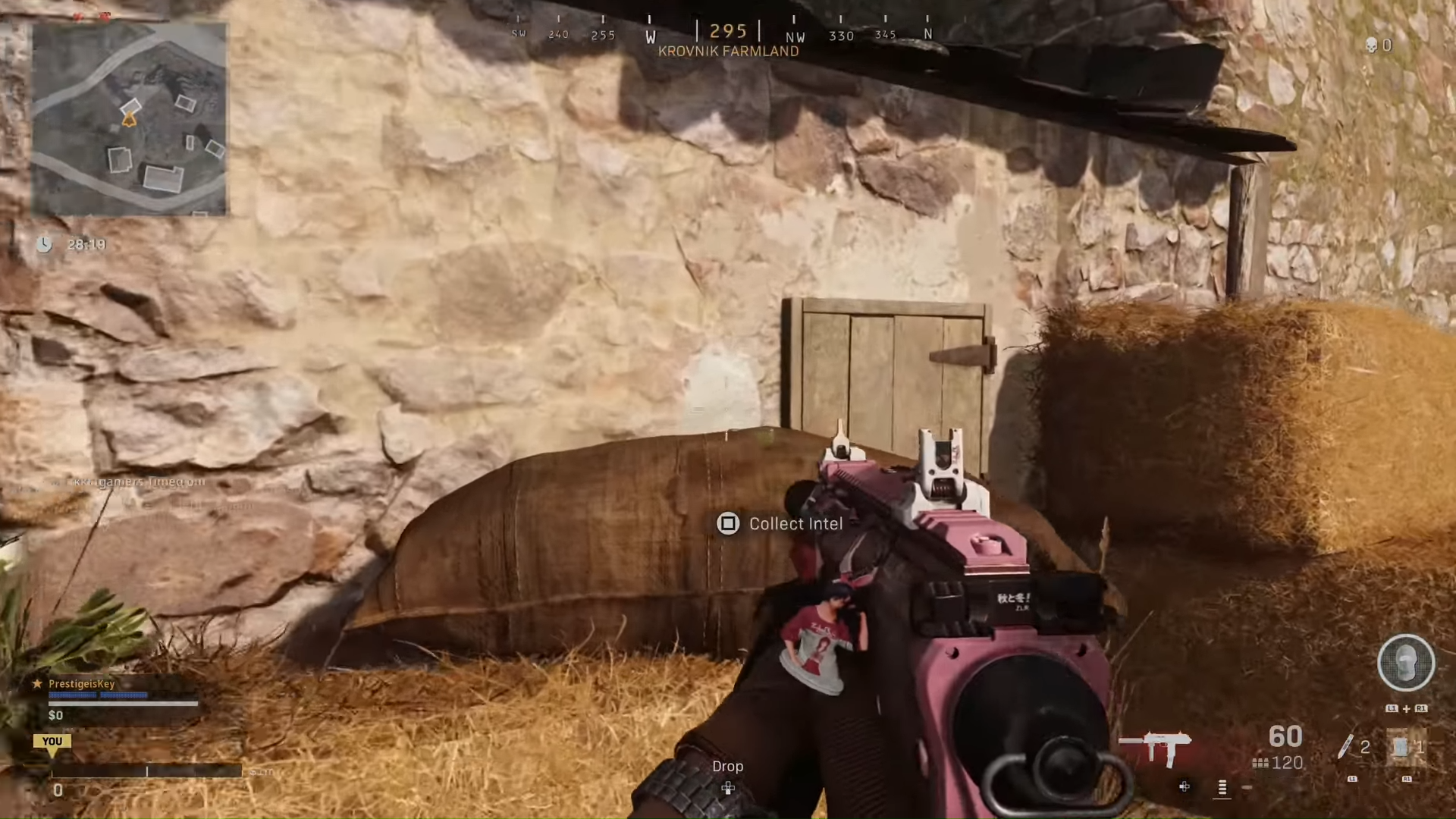 Your first clue to start off New Threats is “Find the location in the message Ghost sent you.” The image is of the Farmland area on the East side of the map. Drop in by the buildings closest to the road on the Northwest side and find the first intel resting on a sack around the rear of the building. 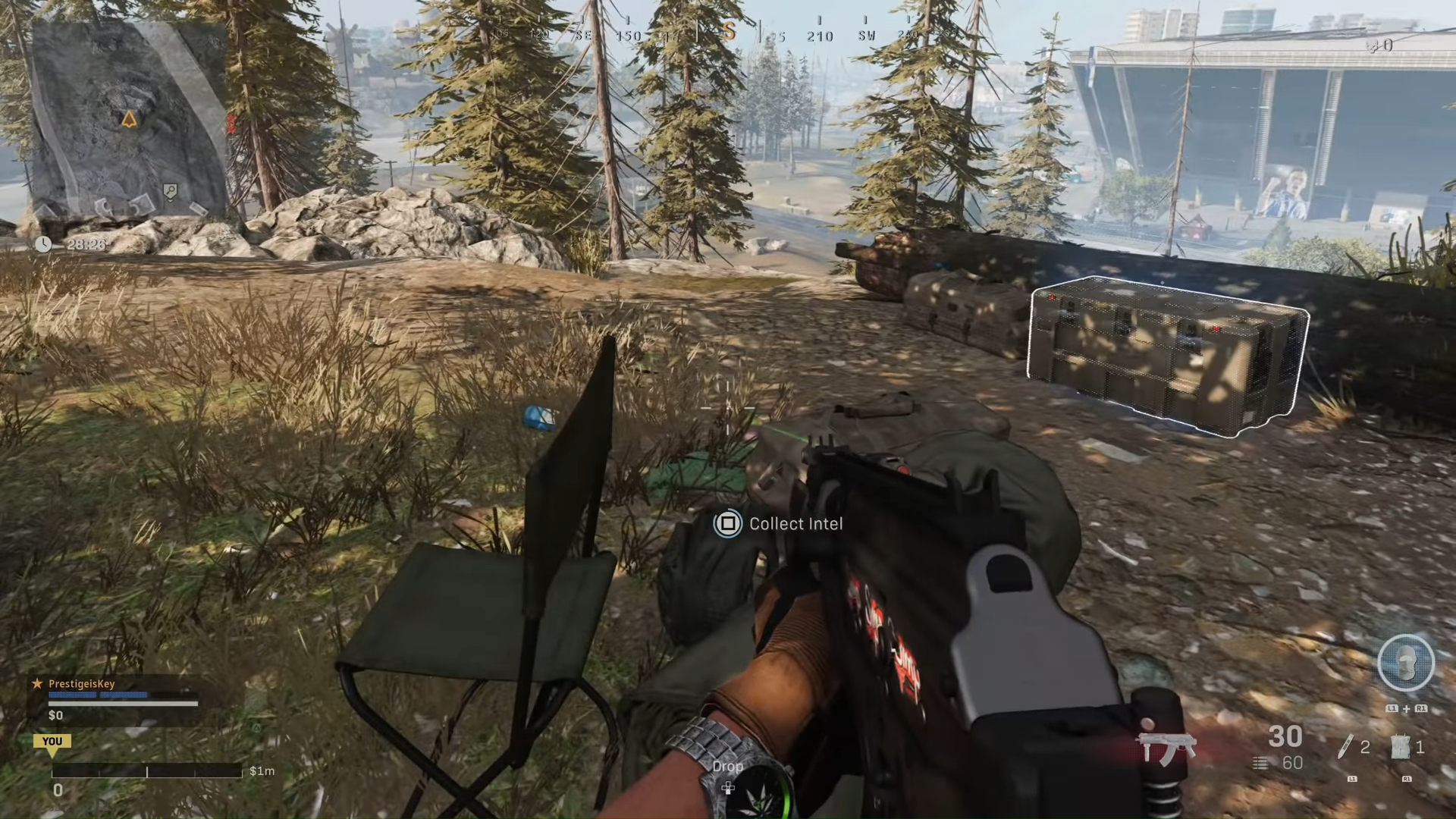 The clue you pick up will state, “3-1 left us something. Campsite East of stadium.” That will, of course, lead us to go to the stadium. While dropping in, look to the northeast of Stadium itself to spot a rocky hill with a small campsite set up on the top. Land up here and grab the next intel next to the folding chair. 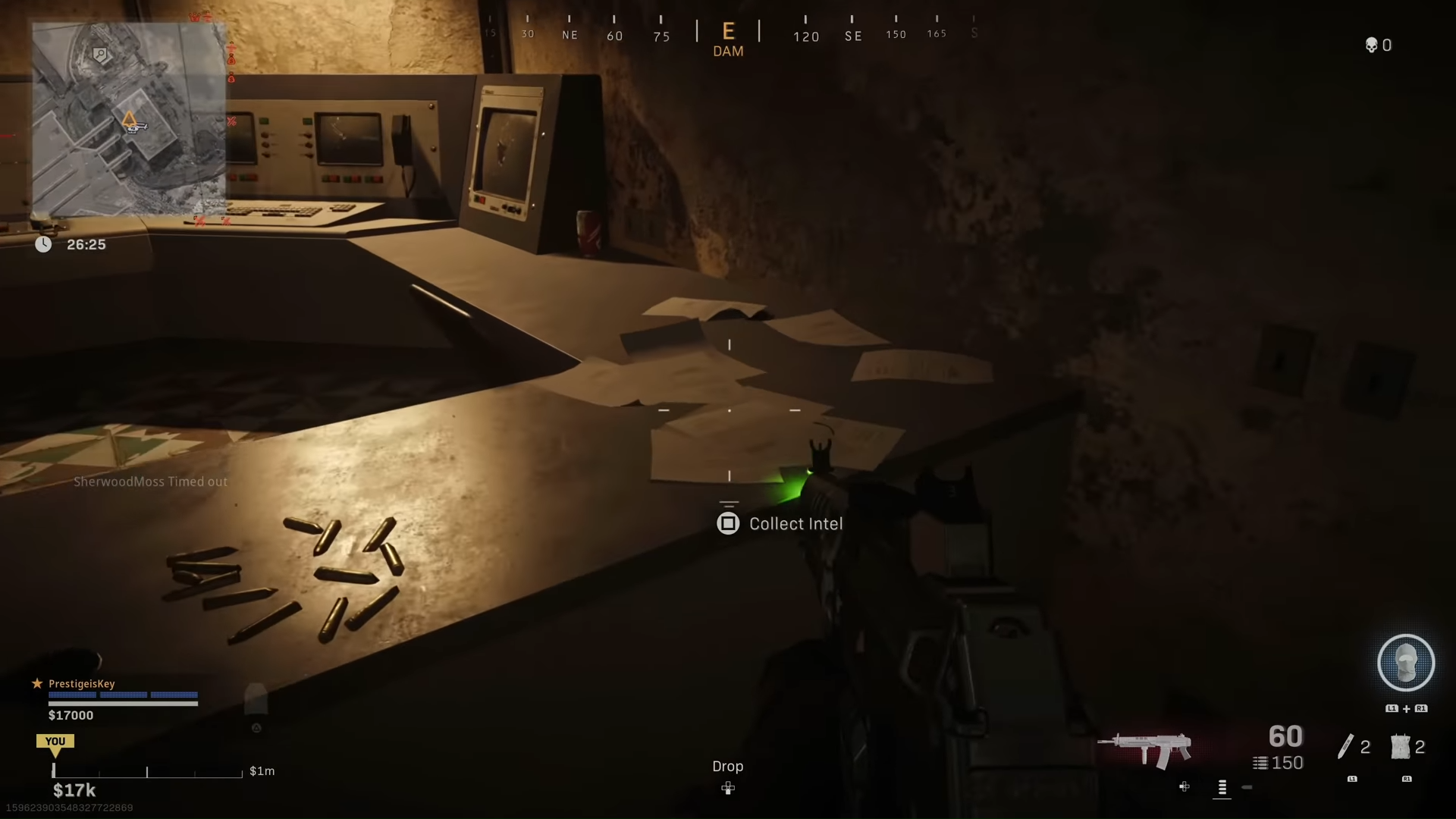 Objective three will state “Z and Perseus wanted more power…” and the intel image referencing the hydroelectric dam. You’ll want to land at the main office building of Dam, enter the room with all the turbines, and go into the back office with the computer stations. The intel is one of the papers sitting on the corner of the desk. 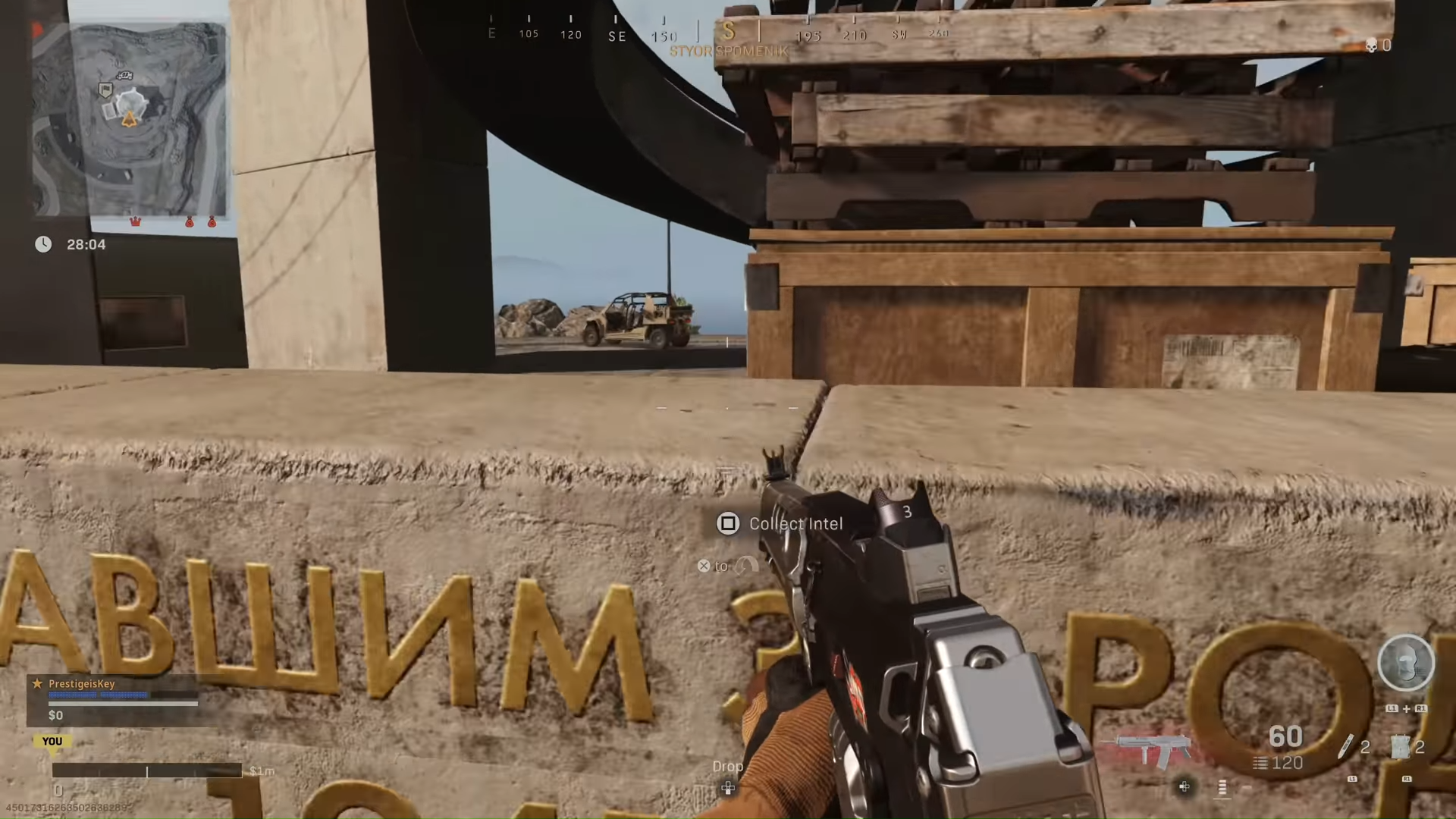 All we have to go on for the next intel’s location is, “A sketch could provide a monumental clue…” along with said sketch. This should be recognizable to any veteran player as the monument located in the park area on the map. Drop directly in front of the location and approach the label with the dates 1941 – 1945 and the intel will be right on top of the stones. 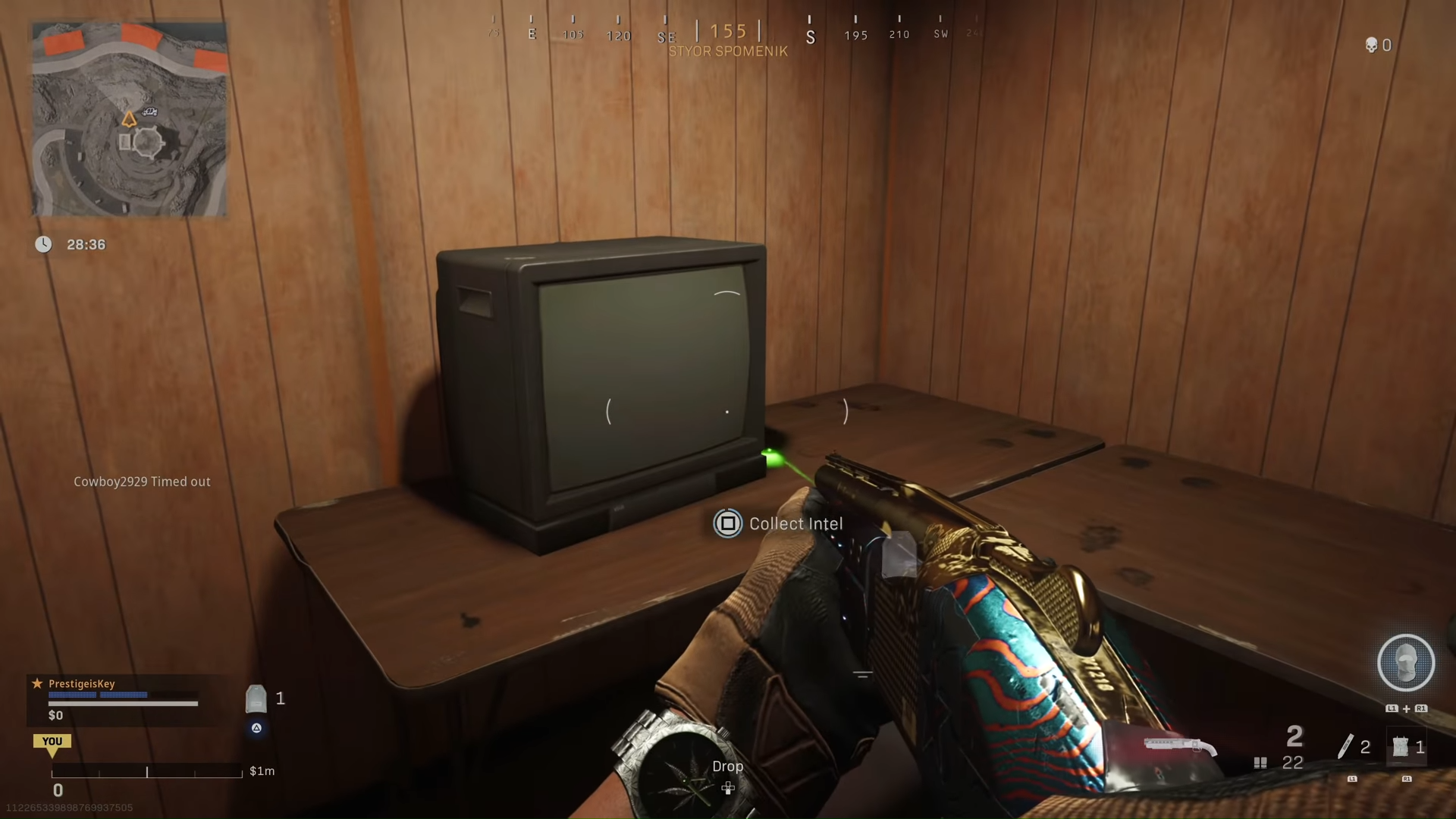 The fifth piece of intel asks you to, “Find the source of back-up power…” and the intel itself instructs you to “disrupt the satellite array.” Now you actually need to return to Monument, but this time go inside the small green structure around the perimeter. There’s a small monitor sitting on the table inside that will be your next collectible. 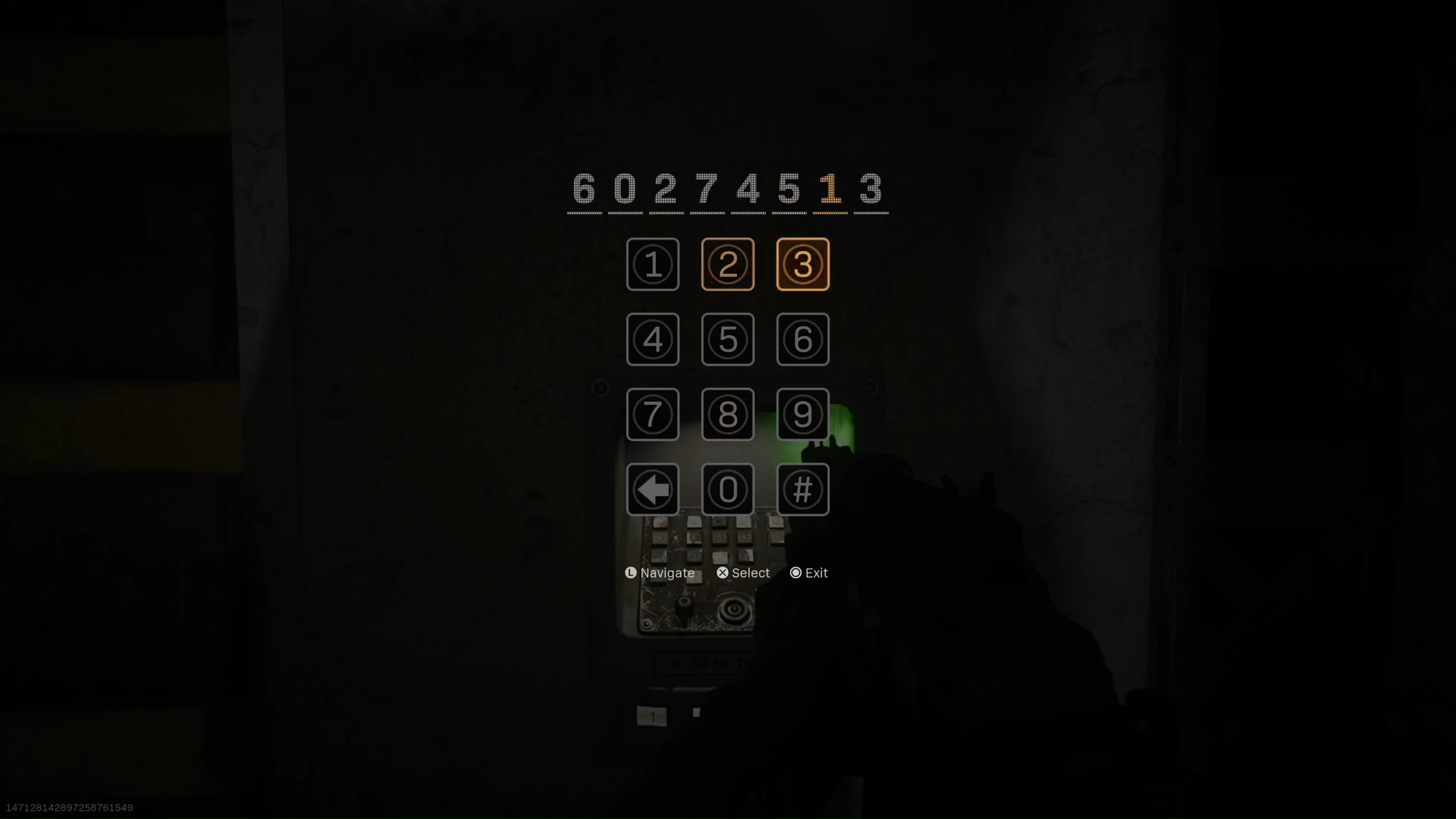 For your last piece of intel you need to find bunker ten, which is again right next to Monument, which you might remember as the one involved in the COD: Black Ops – Cold War reveal. Go around to the back and enter the code 60274513 to enter. Once inside, head to the left to a station of computers that will act as your final bit of intel.

Pokemon: Here's How To Get Your Free Shiny Zeraora From Pokemon Home