King Arthur: Knight’s Tale is a turn-based strategy game developed by NeocoreGames. The game is rooted in Arthurian Legend, following the knightly quest of Mordred after his climactic battle with the titular King Arthur and the magical corruption that follows.

The early access version of the game offers a peek at the game’s promised combination of roleplaying, roguelike, kingdom management, and turn-based strategy mechanics. Ultimately, though, a limited scope in the early access game and a significant character progression bug make it difficult to judge the game’s potential.

Hit Your Enemies With Swords 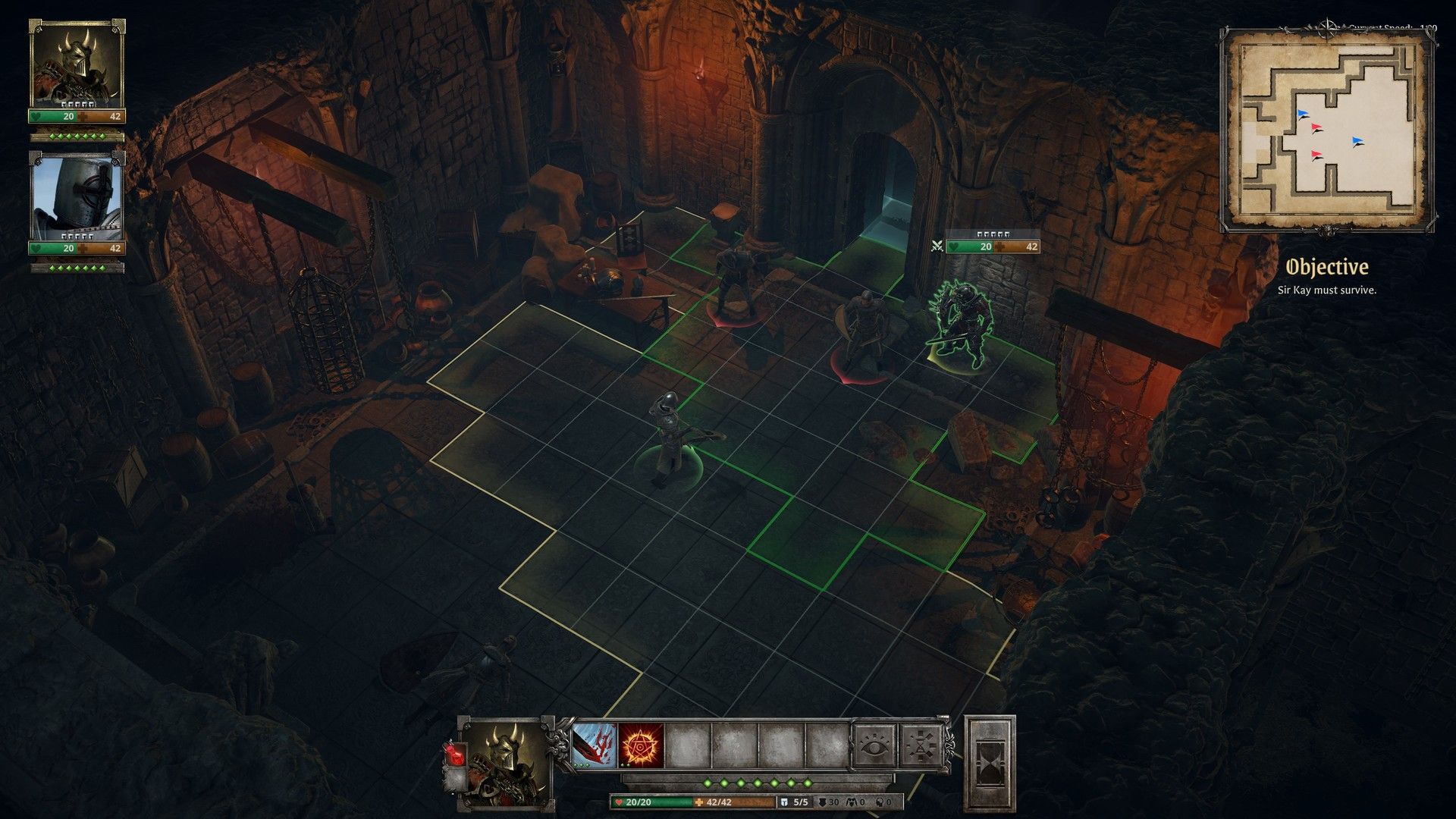 The turn-based strategy elements of the game start out very simple. Mordred and his knights run up to their enemies and hit them with swords. This isn’t an exaggeration; the first few knights that join Mordred in the game are all melee fighters. The combat rules make movement limited, since moving a unit while next to an enemy lets them make an attack against that unit. This means that initially the optimum strategy involves running up to an enemy, then standing still and attacking until it dies. 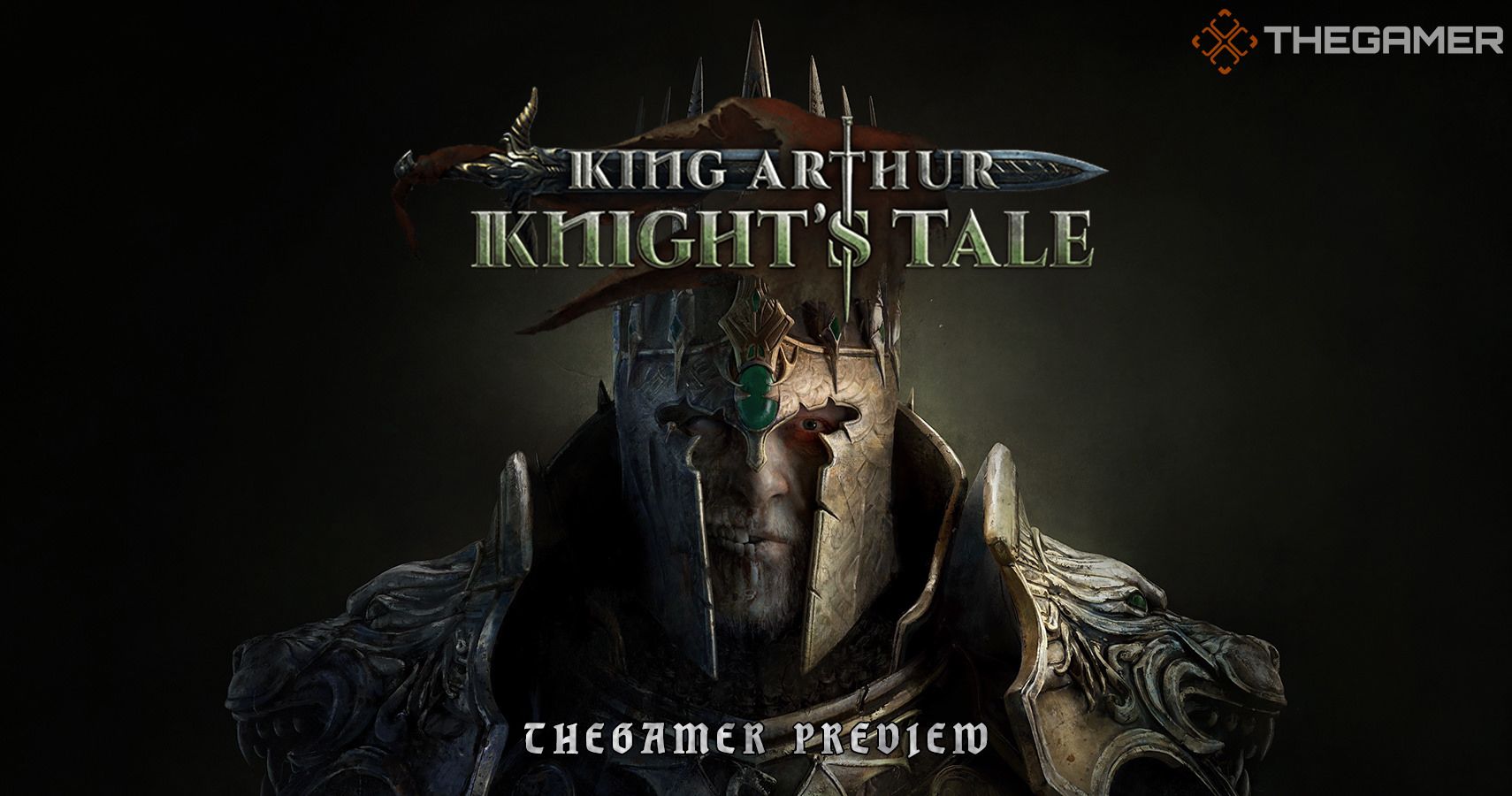 Soon, Mordred’s warriors get abilities like “attack multiple people in front of you” that require a little more positioning and strategy to get the most utility possible. Archers add a new element as well, but that mostly involves a similar strategy of standing still and attacking, just from a distance. There is magic in King Arthur: Knight’s Tale as well, so hopefully the full release will introduce a full character progression for mages that changes up player strategy significantly. 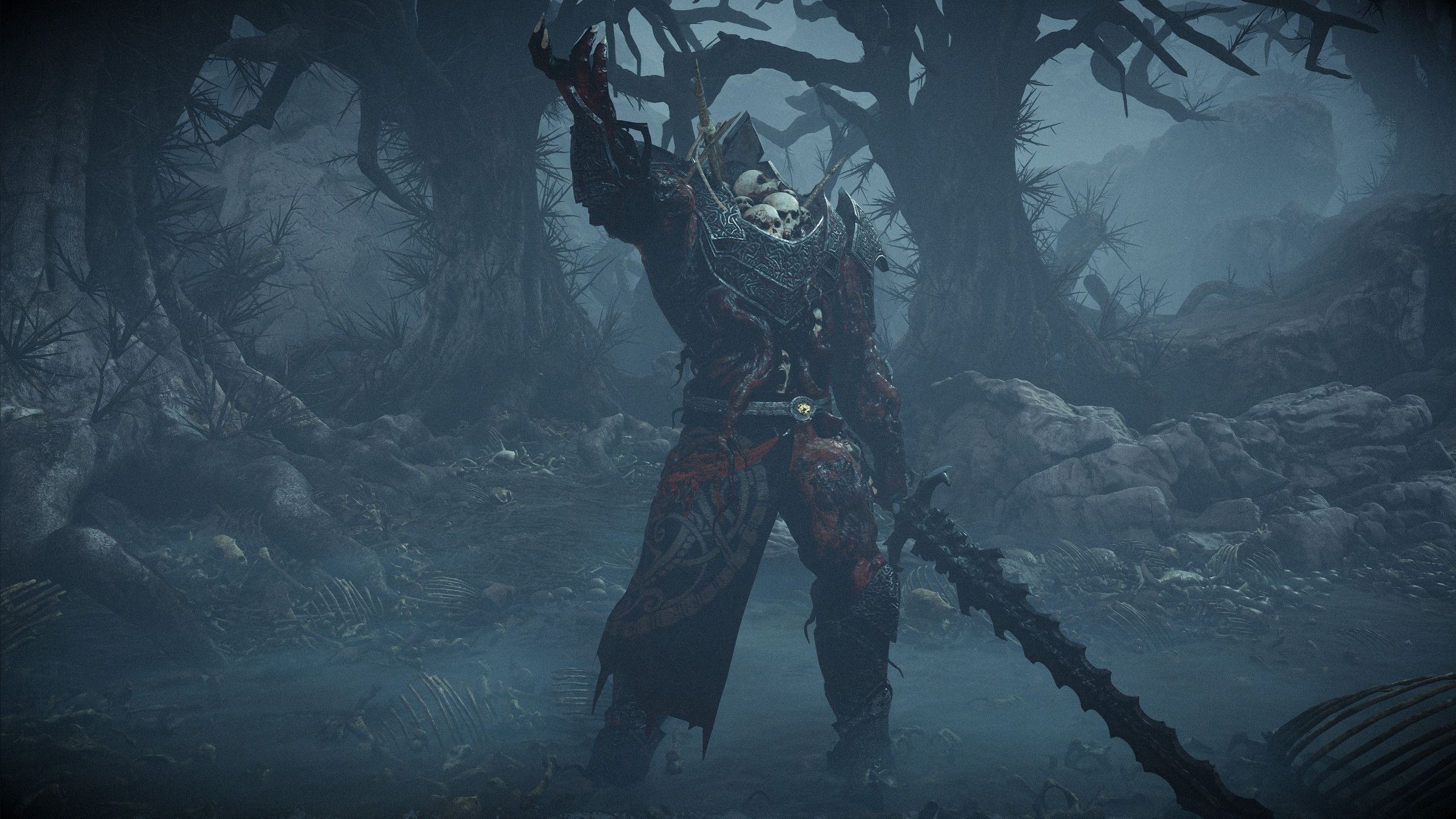 While player actions are limited, King Arthur: Knight’s Tale features a variety of interesting enemies. The first few levels do have fairly standard melee and ranged enemies, but later levels open up new enemy mechanics that surpass the basic bandits.

Abilities like undead regeneration forces players to make strategic choices, even if those choices are picking which NPC to hit with a sword. The fact that the full release will have over 50 types of enemy units bodes well for the game. Hopefully, the engaging enemy actions will help keep combat fresh in the full game.

Use The Tactical Skill Tree… Presumably 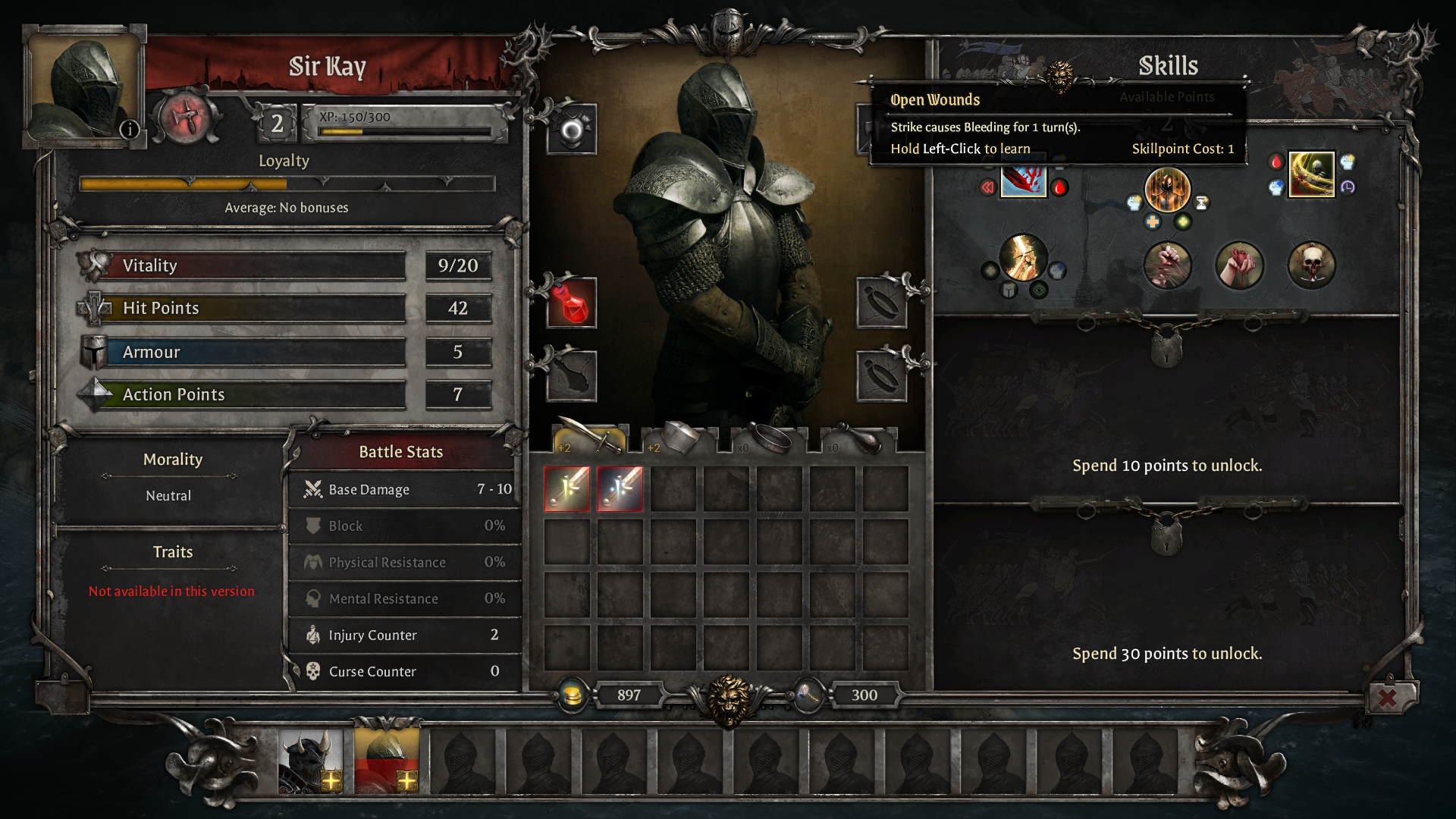 King Arthur: Knight’s Tale has a skill tree with a lot of potential. Each class of knight—long-range archers, tankier defenders, well-rounded melee warriors, etc.—has its own skill tree. Each ability has various ways to modify the ability, and these cost skill points. These can be used to create combos, both on a certain character and between different characters in a party. It seems like there are various character builds and party builds that could be made, opening up lots of different ways to play.

Hopefully, this bug gets fixed by the final game, because it changes the game from decent to frustrating. 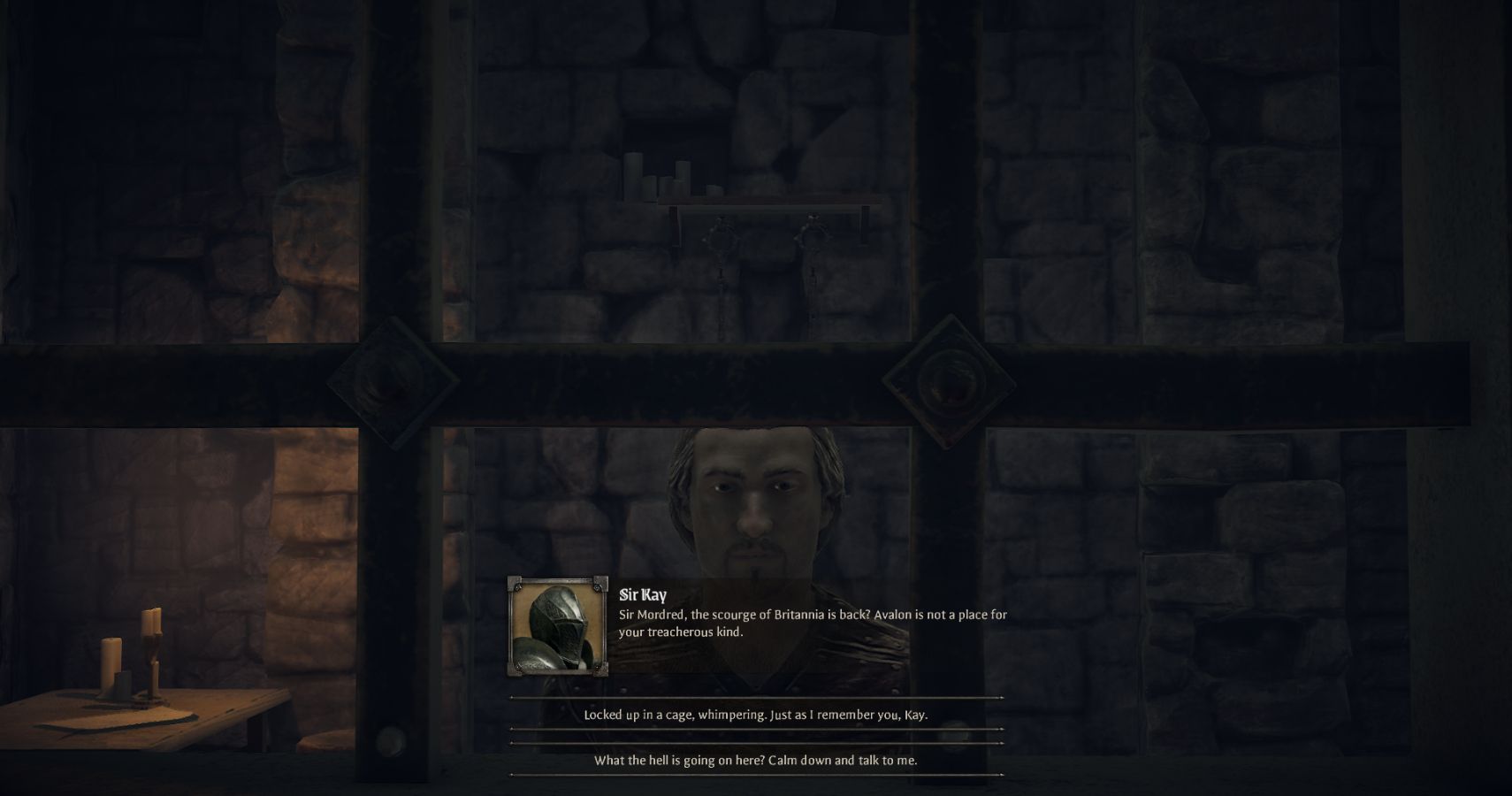 King Arthur: Knight’s Tale features a moral system that comes with mechanical perks. The game offers choices at certain points that nudge Mordred’s morality along different axes. The game offers the standard good-evil axis, but also, true to the history of Arthurian Legend, includes the novel morality system of Paganism vs Christianity. This system is interesting, and adds an element past “be good” or “be bad.”

Making enough choices in one direction or another earns in-game perks. However, it does not come without danger. Some knights have an affiliation for one morality or another—and don’t worry, they’ll make sure you know it—and if you go against their morality too much, there will be consequences.

The mechanical morality system is the extent of the promised roleplaying elements. There are occasionally dialogue options, but they might as well not be there. At most, Mordred has two dialogue choices, both of which say the same thing, but one of them is polite and one of them is laced with insults directed at whoever he is speaking to. The polite options are especially jarring, since outside of dialogue Mordred complains about having to help people and barks about how much he loves killing. 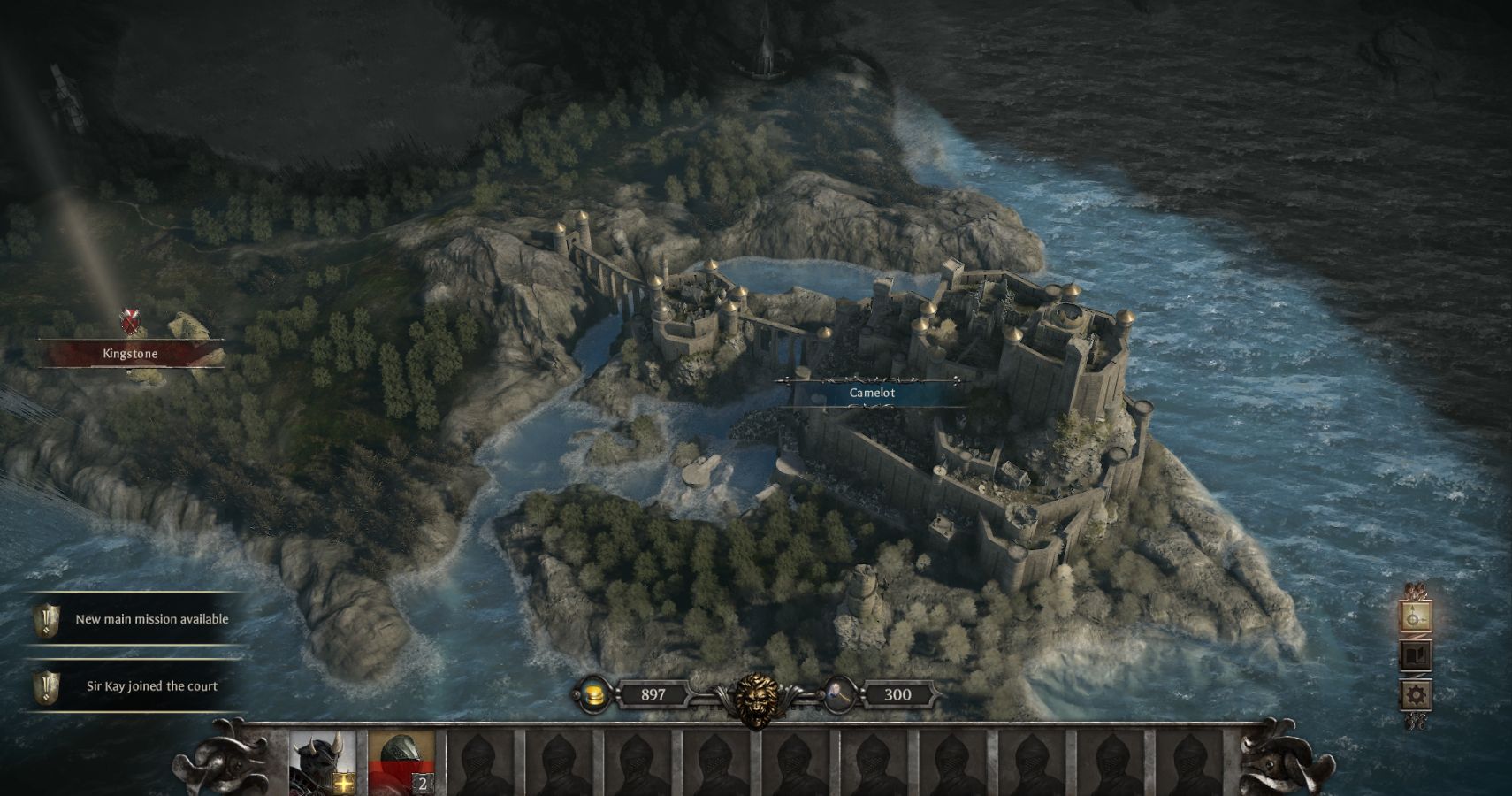 King’s Arthur: Knight’s Tale advertises itself as having kingdom management options and roguelike mechanics, but in the Early Access version of the game they are too limited to make any real judgment on.

You do get to manage Camelot, which involves using the gold and labor earned on your knightly quest to build improvements that support more knightly quests. The kingdom management aspects are limited to helping your knights; since King Arthur died the economy has shifted to be mostly bandits, necromancers, and a legion of peasants economically supporting whatever Mordred wants to do. Only a few buildings are available in the early-access version, but the greyed-out names of the other ones seemed interesting. For the moment, the game only offers the ability to heal, recover from injuries, and buy and sell items.

The promised roguelike elements are limited; mostly, they refer to the fact that there are no saves and death of any knights is permanent. This isn’t a bad mechanic in and of itself, but King Arthur: Knight’s Tale is too slow a game for it to feel good. The prospect of starting over in a deliberate strategy game is frustrating. This is not to say that a game focusing on careful strategy is bad, but it is frustrating to have to repeat the game’s overly simple intro rather than be hamstrung by a knight’s death. Luckily, it looks like another mode has since been added that allows for saves.

King Arthur: Knight’s Tale promises to combine a variety of mechanics with traditional turn-based strategy gameplay. If the skill bug gets fixed, it could be a decent turn-based strategy game, but the other elements feel superficial or poorly implemented. However, this may change as more options are made available in the full version.

A preview copy of King Arthur: Knight’s Tale for PC was provided for this preview. 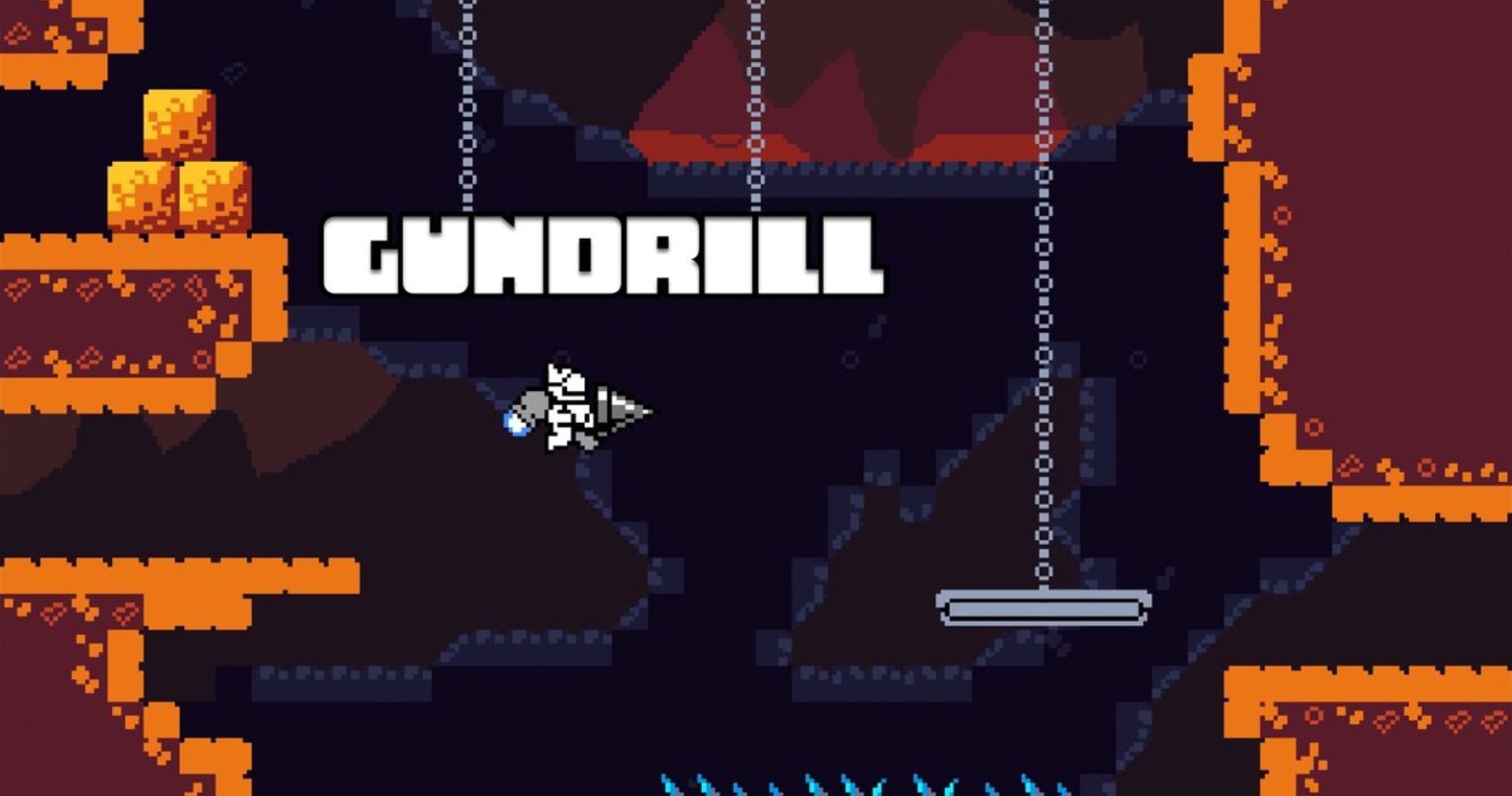 Trial by fire: This year will expose the best and worst tech startups

The Pokemon TCG Is Delaying Standard Rotation Until 2023

Game Of Thrones Prequel House Of The Dragons Streams August 21