After recent news about the upcoming Mass Effect Legendary Edition, it has now been announced that the game will also have its very own themed wrist watch. Set to release next week, you can grab one for yourself from BioWare’s Gear Store for a hefty $75.

Considering the $75 price tag on the watch, you’d think of it to be some sort of a smart watch, right? Well, you’d be wrong to assume that – because as per the information we have on our hands, it’s just going to be a regular wristwatch with a funky Mass Effect themed design to add to the looks department. The watch, named Mass Effect N7 Watch, will release in the online store on the 14th of May, along with other Mass Effect collectibles. Moreover, if you do decide to get any other collectible alongside the N7 Watch, you’re qualified to get 20% off of the watch. 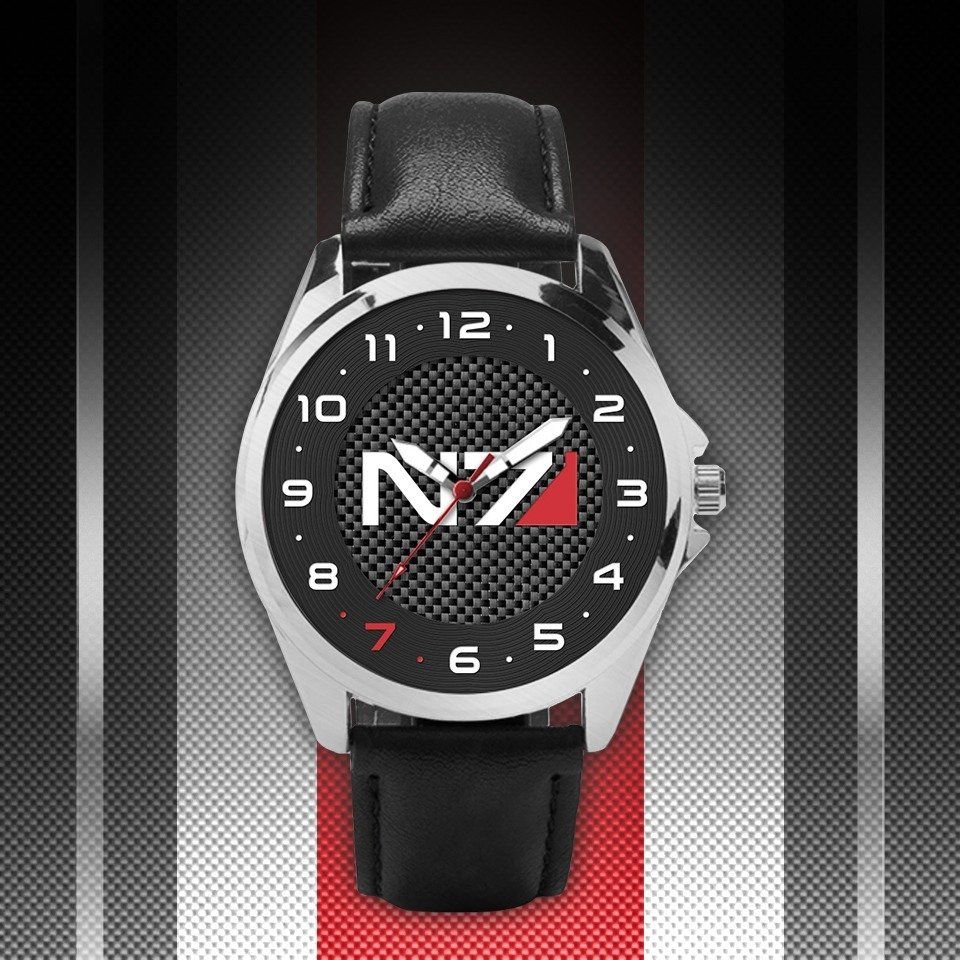 Even though overpriced, the watch does look sleek in all fairness. The watch head consists of a generally monotone color palette, with just the “7” on the clock being of the shade red. The rest seems to be a mixture of black, gray and white – all of which give a neat finish to the piece. In the middle, you see the chunky N7 logo, as seen on the armor of various characters in the Mass Effect games, amongst other places. Behind the logo, you see a carbon fiber texture, adding to the slick appearance of the watch – perhaps even helping the watch to achieve that space-y, outer-worldly look.

The watch has been manufactured in collaboration with Meister (MSTR) watches, as they helped bring this piece to life. They’re known to have high quality wristwatches, and have experience with limited edition models.

The Legendary Edition of Mass Effect was announced a few weeks ago, as fans of the game have been eagerly waiting for the title to drop. The game has accumulated countless fans at its disposal, with a unique playing experience – and now with the remastering of the game by BioWare, Mass Effect fans are definitely in store for something terrific.