At this stage, you may have thought that nothing could get you more hyped for Doom Eternal than you already are. Well, Mick Gordon is back, and he’s cranking the power of the game’s soundtrack up to eleven.

Of course, the Doom franchise needs no introduction. The 1993 original is the grandpappy of FPS titles as we know them today; the hideous, demonic face that launched a thousand violent imitators. Where would the genre be without Doom? It’s tough to imagine.

With the barnstorming success of the original (and the wave of controversy that buoyed it along,) it was clearly destined to be a series that lasted, and last it has. Several sequels, re-releases and a reboot later, we’ve arrived at the release of Doom Eternal. It’s so close we can taste it. 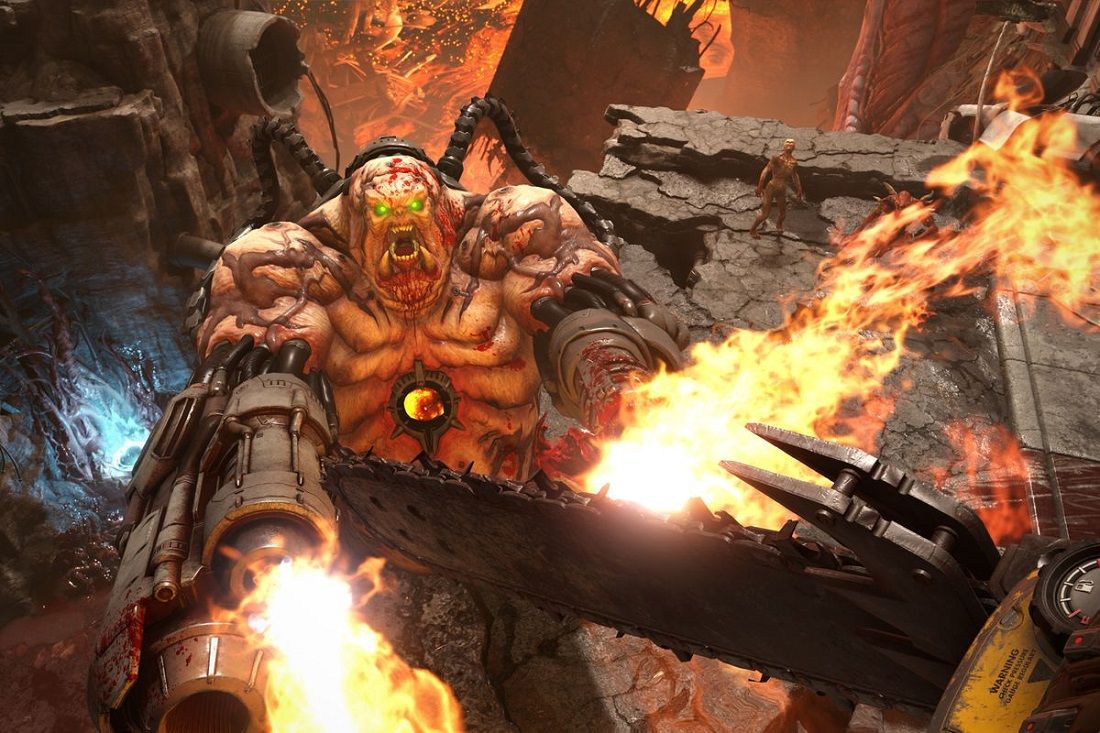 Eternal is set to follow in the footsteps of the 2016 Doom reboot: a high-octane, visceral, arcade shooter experience, with absolutely zero let-up. The game’s mission statement is a clear one: to deliver non-stop glorious, gory action, without even letting the player pause to catch a breath between waves of grotesque demons in need of a good dispatching. The addition of those grim glory kills gives the action a cinematic feel, tying kills together smoothly and… well, horribly, but in the best possible way.

That’s all well and good, but it’s not just about the visual presentation of the action. There’s another crucial element that makes or breaks a good Doom session: the music. After all, if the game’s soundtrack consisted of cheesy pop music of yesteryear and the greatest hits of One Direction, it’d be more than a little bit jarring. Pounding rock and the heaviest of metal is the order of the day here, and the series’ original soundtrack has always delivered in that regard.

As SKNR.net reports, composer Mick Gordon has returned to the series for Eternal, and the fruits of his labor are bloody brilliant. He’s enlisted the help of the Doom Eternal Heavy Metal Choir, a diverse group of heavy metal singers with a passion for Doom. For a sneak peak at the music they’ve made alongside the id Software team, check out the clip below.

If that doesn’t get your blood pumping, we don’t know what will.

Mobile Legends: Bang Bang – amazing cosplays you have to see