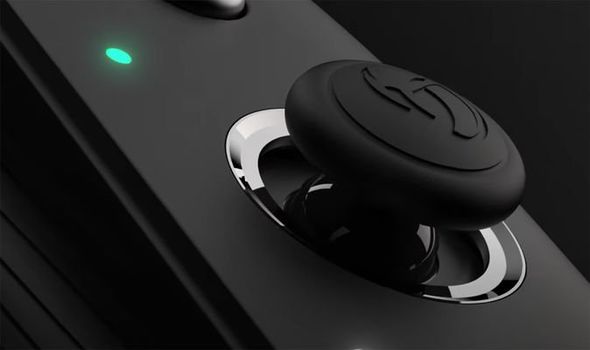 NACON has released a brand new controller for Android smartphones.

Officially licensed for Xbox, the MG-X is tailor-made for Game Pass Ultimate streaming.

Available for £89.90, the MG-X controller can be used with Android devices with a screen size of up to 6.7-inches.

According to NACON, smartphones can connect to the controller via Bluetooth with just a few simple taps.

“Equipped with a rechargeable battery, the MG-X provides up to 20 hours life-time,” NACON explains.

“Its compact format makes it easily transportable, while the textured back grip provides great ergonomics for all types of gamers.”

It will be followed by the MG-X Pro later this year, which features a slightly altered design at the same price.

If you do manage to pick up a NACON MG-X controller, then next on your list should be an Xbox Game Pass Ultimate subscription.

Xbox Game Pass Ultimate gives fans access to hundreds of games to download and stream, as well as Xbox Gold.

Xbox Gold subscribers also get a selection of four free games each month, not to mention exclusive discounts on high-profile releases.

Game Pass, meanwhile, features hundreds of games, including first-party releases on the day of launch.

This means you can play titles like Forza Horizon 5 and Halo Infinite as soon as they launch.

The games can be played on Xbox consoles, PC and smartphones and tablets via the Game Pass app.

You’ll even receive in-game perks, such as new skins, items and other unlockables.

Pokemon Sword And Shield Freebie Available This Month At GameStop