Niantic has unveiled its Pokemon Go successor, Peridot, an augmented reality pet simulator with more similarities to Nintendogs or Tamagotchi than its hit monster-catching game. The game is due to release “in the next week or so,” according to Niantic’s senior producer Ziah Fogel.

Peridots, the titular monsters central to the game, are entirely unique to each player, and the idea is to breed this fictional, thought to be extinct, species to increase its population. Fogel has been working on Peridot for two and a half years, and says that NFTs are an “interesting idea and something that we’re obviously looking at,” but the team is focused on getting the game up and running first and foremost.

While that may disappoint some fans, many studios have backtracked on NFT integration over the past year after player backlash, something which Niantic should take into account when weighing up the pros and (numerous) cons of introducing NFTs to its family game. Fogel herself says that Peridot is designed to appeal to a more casual fanbase than Niantic’s other games, to the extent that people who may not consider themselves gamers might be interested in playing. 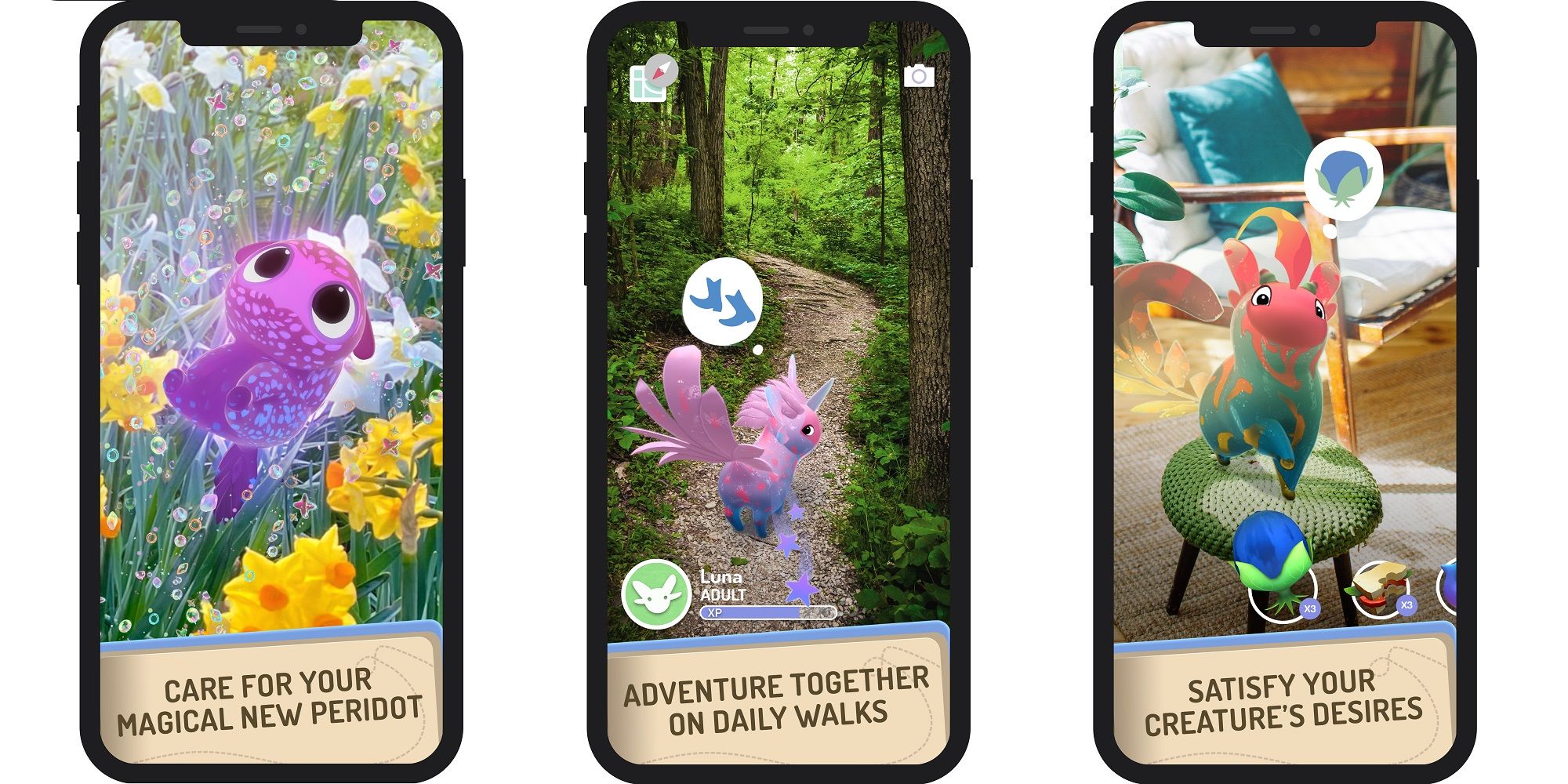 The fact that Peridot is aimed at all players, of all ages, doesn’t stop its basic premise from being about getting the Dots (that’s abbreviated lingo for Peridots, if you didn’t realise) in the mood. Unlike the boxes of thousands of Pokemon you keep in Go, you have one partner Peridot that you raise from a baby to an adult over the course of a few days, fulfilling its needs by completing tasks.

When it reaches adulthood, however, you take your Dot to a point of interest – likely the same POIs that make up PokeStops and Ingress Portals – to breed it with the Dot that’s already there, either an NPC or left by another player. Each of these Habitats has a specific mutation, and you can use it to breed Peridots with specific traits – a leopard pattern, a unicorn horn, you get the picture. Then you raise your new Peridot, and the process starts over.

Of course, just like in the wild, these mutations aren’t guaranteed. There are myriad factors in producing the offspring you want, from the Peridots having compatible personality types to using items to get them in the mood to, you know. Whether these items will be a Lionel Richie vinyl or a more natural aphrodisiac is as of yet unknown – a wind chime is confirmed – but the whole game comes down to making your pet creature shag. 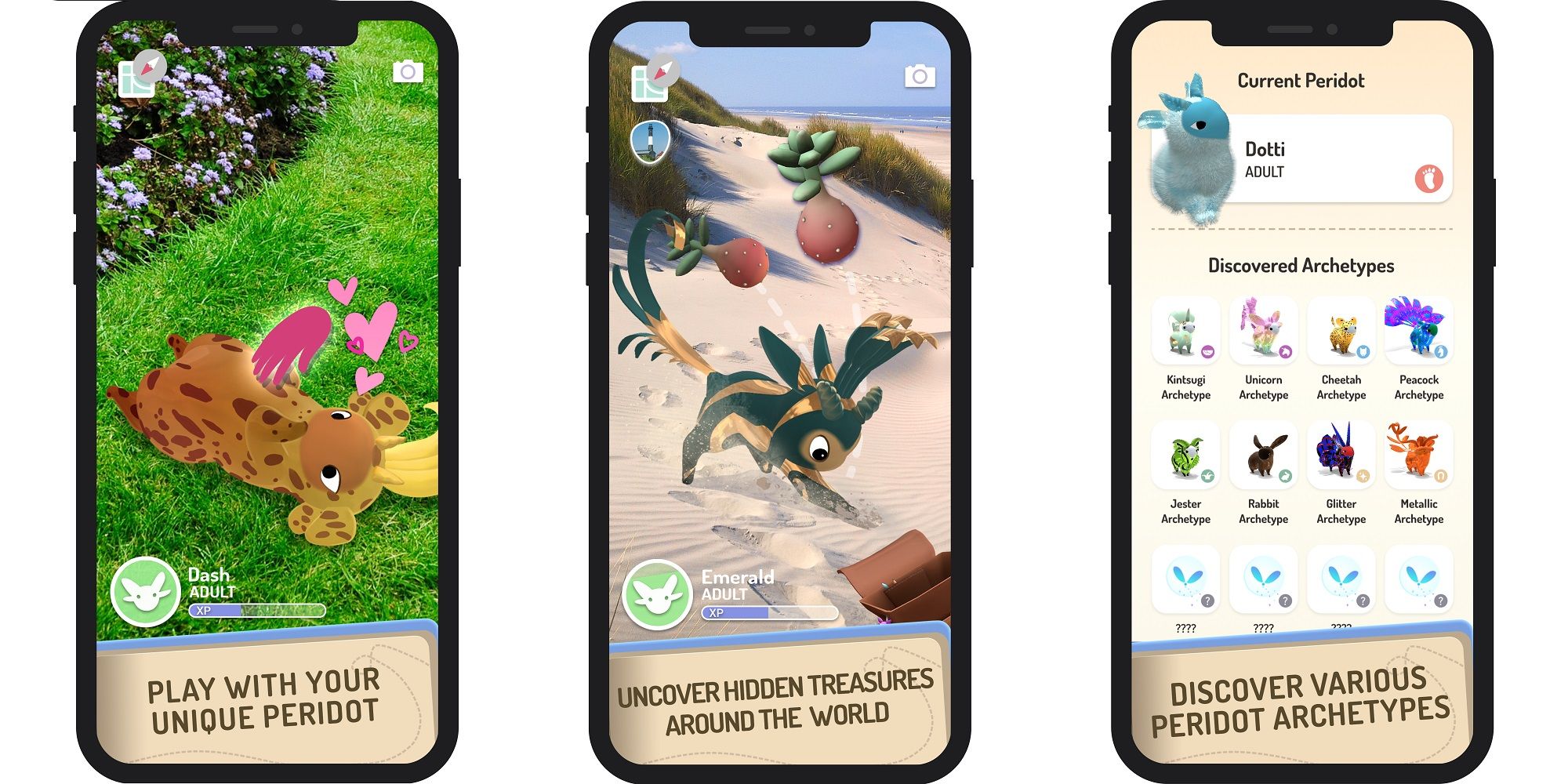 It’s the solitary nature of the Peridots themselves that I find the most interesting – you can use a Summoning Wisp to look at and play with Peridots you’ve deposited at Habitats, but you only keep one Dot at a time, and it seems like you have to return to your most recent Dot to continue the selective breeding process and keep the gameplay loop going.

Fogel says that there is a strong social element to the game, and sharing pictures on social media is so easy they had to disable it for testers. Community Day-style events are also on the cards, which she envisions as being similar to an AR Crufts, where I can only assume players show off their Peridots to each other.

The game has in-app purchases that can speed up Peridots’ growth rates and happiness, and Fogel can’t confirm whether any of the mechanics will crossover into Pokemon Go in the future (“not something I can talk about,” she says). Seeing as Go already has the (admittedly flawed) egg system for hatching Pokemon, revamping breeding in such a big way seems unlikely.

Peridot seems to be the pinnacle of Niantic’s augmented reality software that it has been implementing into titles like Go for years. There is a large focus on playing with your Peridot in AR mode, and the camera recognises the terrain your creature is playing on and obstacles in its way to create a seamless AR experience. Its pet simulator DNA is impossible to ignore, and it looks like the final stage evolution of Tamagotchi (with Nintendogs obviously being the middle evo). Compared with the constant grinding that Pokemon Go expects you to do, I’m looking forward to a change of pace.

Future developments in AI could make your credit score obsolete

Breaking Walls raises $1.75 million to make Away, an animal-survival game

Animal Crossing: New Horizons – So How Much Is Tom Nook Actually Worth?