Numskull Designs is brand that specializes in pop culture. They have most every base covered, from Rick & Morty and Atari, to Friends and Call of Duty, whether its video games, TV or movies, Numskull is on it. And it’s not just the brands they cover that makes them a must for pop culture trinkets, they also have some seriously eclectic taste. Rubber duckies, Christmas sweaters and ornaments, entire collection of themed pins, and even candles inspired by favorite franchises can all be found on Numskull. Now, they’ve taken to expanding their Sony PlayStation section with a new “Since 94” collection of merch. PlayStation is already one of their most expansive pages, but these additions are taking it up one more notch. 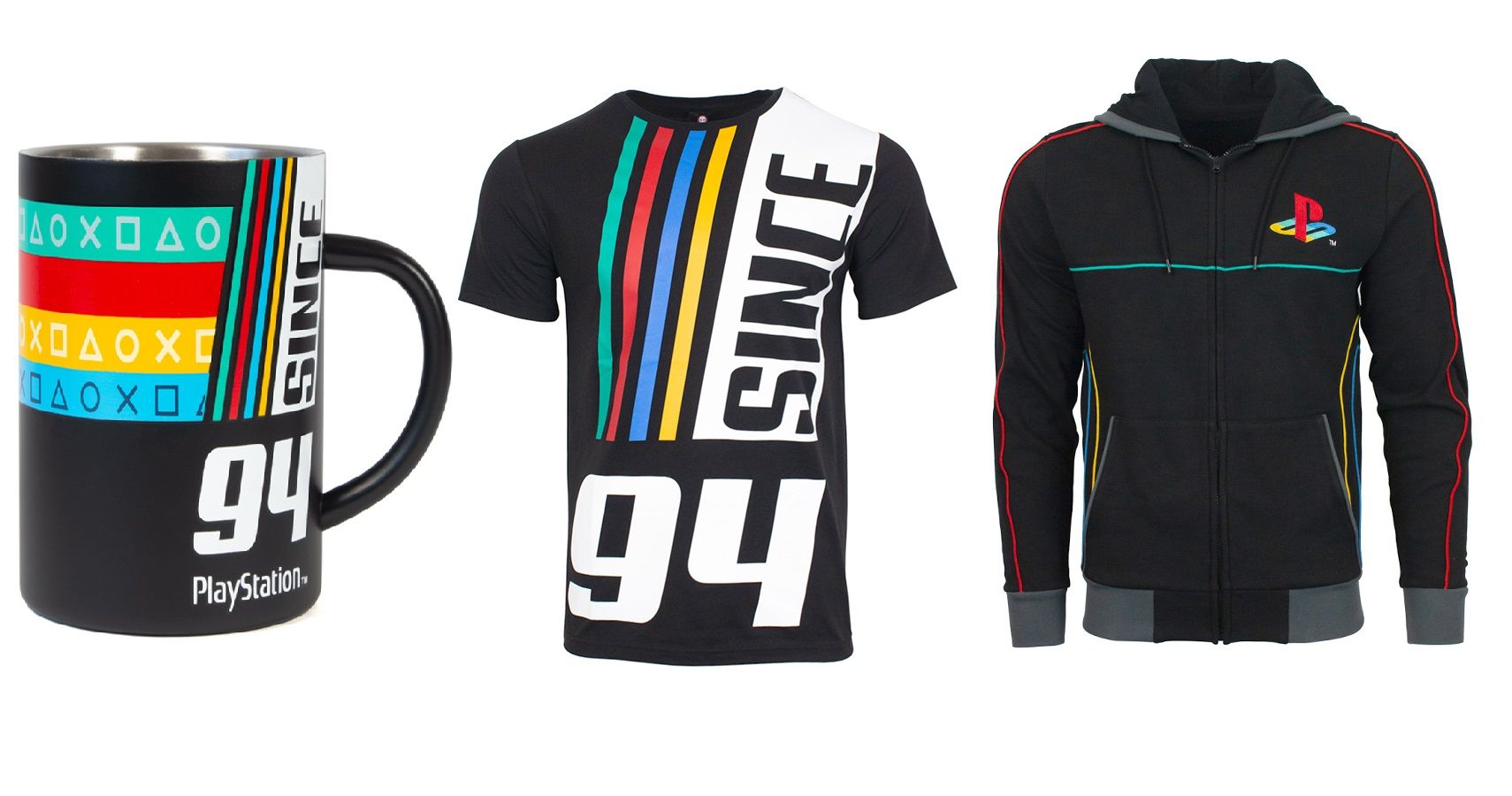 The products are all branded after the original PlayStation logo and carry the slogan “Since 94” with a pop of the classic four colors from the PlayStation logo, red, blue, yellow, and green over a black background. They’re simple designs but that makes for some really sleek and classic looks while also repping your gamer roots. The arrangement almost reminds one of racing gear with the stripes and prominent number. This recent addition to the PlayStation tab of Numskull’s website features seven new pieces, five articles of clothing (two t-shirts, two hats, and a hoodie), one bottle opener, and a mug.

Numskull already has a pretty expansive collection of Sony inspired merchandise; keychains, a memory card bottle opener, gaming stands, pajama jumpsuits, and just about everything in between. These new products just add a sleek new aesthetic to the collection.

The “Since 94” line would make great gifts for any PlayStation purists out there and pair well with the existing merchandise Numskull has out now. Rest your Since 94 mug on one of their PlayStation 25th anniversary coasters, modeled after the iconic controller’s buttons. Even though 26 isn’t really a nice round milestone, like 25 or 50, Numskull recognized the legacy that PlayStation has been creating since 1994 and decided to throw them a little celebration.

Fortnite's First Next-Gen Bundle Is Up For Preorder At Amazon

When AI hurts people, who is held responsible?