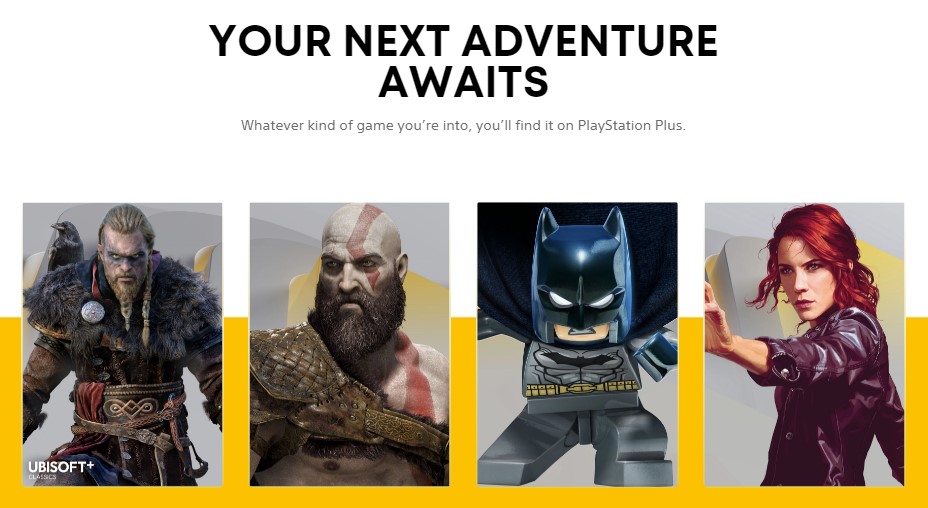 A reader is impressed by the revamped PS Plus but thinks its biggest problem is that it makes PS5 games seem even worse value for money.

Sony’s new PlayStation Plus subscription service reached the UK this Thursday. There’s been a few criticisms regarding issues with the premium tier, but I increasingly see the middle Extra tier as offering very good value. At £10.99 it’s the same as my Netflix subscription and gives me access to a great selection of PlayStation 4 games.

I’ll get access to some high-profile PlayStation 5 titles such as Returnal, Guardians Of The Galaxy, and Spider-Man: Miles Morales. Given that I’m already paying £6.99 to access online gaming with the Essential tier, this only cost me £4 more than I’m already paying anyway.

Some people have compared it unfavourably to the Xbox Game Pass. It’s true that PS Plus doesn’t match Xbox’s offer of free AAA games on their release, but Microsoft are currently selling the Game Pass as a loss leader, i.e. selling it at a loss in order to attract customers to make a long term profit on. They won’t be able to keep this up indefinitely. They’ll need to either raise prices or compensate for the losses through other means, such as increased use of microtransactions.

Sony’s approach of charging a standard price for new games, allowing developers to make back their development costs, but then eventually making the game available to more people through subscription, feels like the right balance. I’d say it’s certainly as good as we could expect from a sustainable business model.

That all being said, while I feel this new subscription service offers good value, I can’t say the same for Sony’s current pricing for new titles. On the PlayStation 4, a new game used to cost me £55. Since buying a PlayStation 5 it’s jumped to a ridiculous £70, which has really put me off buying new titles.

Both Returnal and the new Rachet & Clank looked appealing to me. At £50 I’d have snapped up both of them, at £60 I might have grabbed one of them, but at £70 I just didn’t feel it was worth it so skipped both of them. I’ll now be playing Returnal for a fraction of this cost using the new subscription and will wait for Rachet & Clank to eventually join it.

There might be one or two games I grudgingly cough up the full £70 for (God Of War: Ragnarök) but for the most part I can see myself skipping most of Sony’s new releases, instead hoping to catch them either heavily discounted, or part of this new subscription service a few years down the line.

They’re certainly not making as much money from me compared to if they had more reasonable prices, especially now I anticipate most of them appearing on the subscription service a year or two after release.

Maybe this new subscription service will gradually force Sony to realise that ripping us off with £70 for new games is a bad idea after all!

By reader Daniel from Leicester

You can submit your own 500 to 600-word reader feature at any time, which if used will be published in the next appropriate weekend slot. Just contact us at [email protected] or use our Submit Stuff page and you won’t need to send an email.

How to Plan and Organize a Business Move

Everything Announced During The 2022 Pokémon Day Stream

GameStop Gear Up For Fall Sale: Save On Used Games, Shirts, And More

Caustic Treatment Will Be Apex Legends’ New Control Map, But Should It Be?