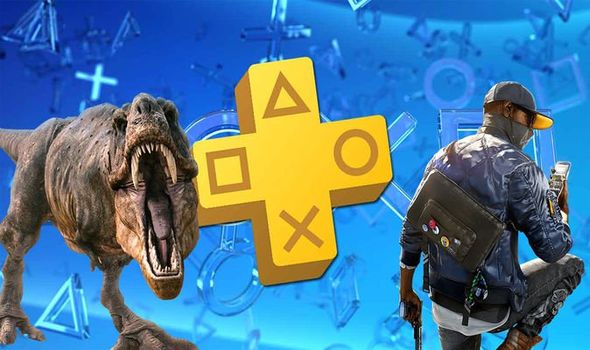 Sony is getting ready to unveil the PS Plus free PS4 games for June 2020.

After a disappointing month in May 2020, the next wave of PlayStation Plus free games will be announced on May 27. The games will be available to download less than a week later on June 2.

In the run up to the big reveal, fans have been having fun predicting the June 2020 free games in an entertaining post over on Reddit.

Two games that are mentioned a lot are Watch Dogs 2 from Ubisoft, and Frontier’s Jurassic World Evolution.

Giving away Watch Dogs would be a smart move by Ubisoft, especially with the third game in the series launching within the next 12 months.

Likewise, Jurassic World Evolution has previously appeared on Xbox Games with Gold, so a PS Plus release seems possible.

Needless to say, lots of Sony first-party exclusives are also mentioned in the PS Plus predictions thread.

With Sony previously giving away games like Uncharted, The Last of Us Remastered, Bloodborne and Shadow of the Colossus, there’s a strong chance another first-party game will make the cut.

Horizon Zero Dawn gets multiple mentions, especially with rumours that Sony will announce a PS5 sequel during its June showcase.

God of War also gets a mention, which makes sense given that it’s part of Sony’s cut price Hits range.

Then there are games like Gravity Rush and Uncharted The Lost Legacy, which also seem like solid choices for the line-up.

Oh, and it wouldn’t be a PlayStation Plus prediction thread without somebody mentioning The Order: 1886. Maybe one day.

In the meantime, PS Plus subscribers can download the May 2020 line-up, which includes Cities Skylines and Farming Simulator 19.

Scoring a respectable 81% on Metacritic, it’s undoubtedly the pick of the month, even if it wasn’t particularly well received by subscribers.

Then there’s Farming Simulator 19, which gives players the opportunity to manage their own plot of land.

The game hasn’t fared to well on Metacritic, but it is something of a cult hit among gaming fans.

Stranger Of Paradise Final Fantasy Origin: How To Defeat Tiamat

FIFA 21: Guide To Every Set Of House Rules

Save over 50% on Microsoft's Surface Duo, a killer phone for gaming and productivity