If you played Dead Man's Switch and Dragonfall before booting up Shadowrun: Hong Kong (and you really should have!), you'll already know how important it is to have a competent Decker on your team. In this campaign, that Decker is Is0bel. She'll be your guiding light through the complex digital world of the Matrix.

Unless, of course, you have other arrangements. Perhaps you want to take the generic Decker along, or you yourself have built a Decker who surpasses Is0bel in the Matrix. In that case, Is0bel is free to become the grenade-slinging beast of your dreams. 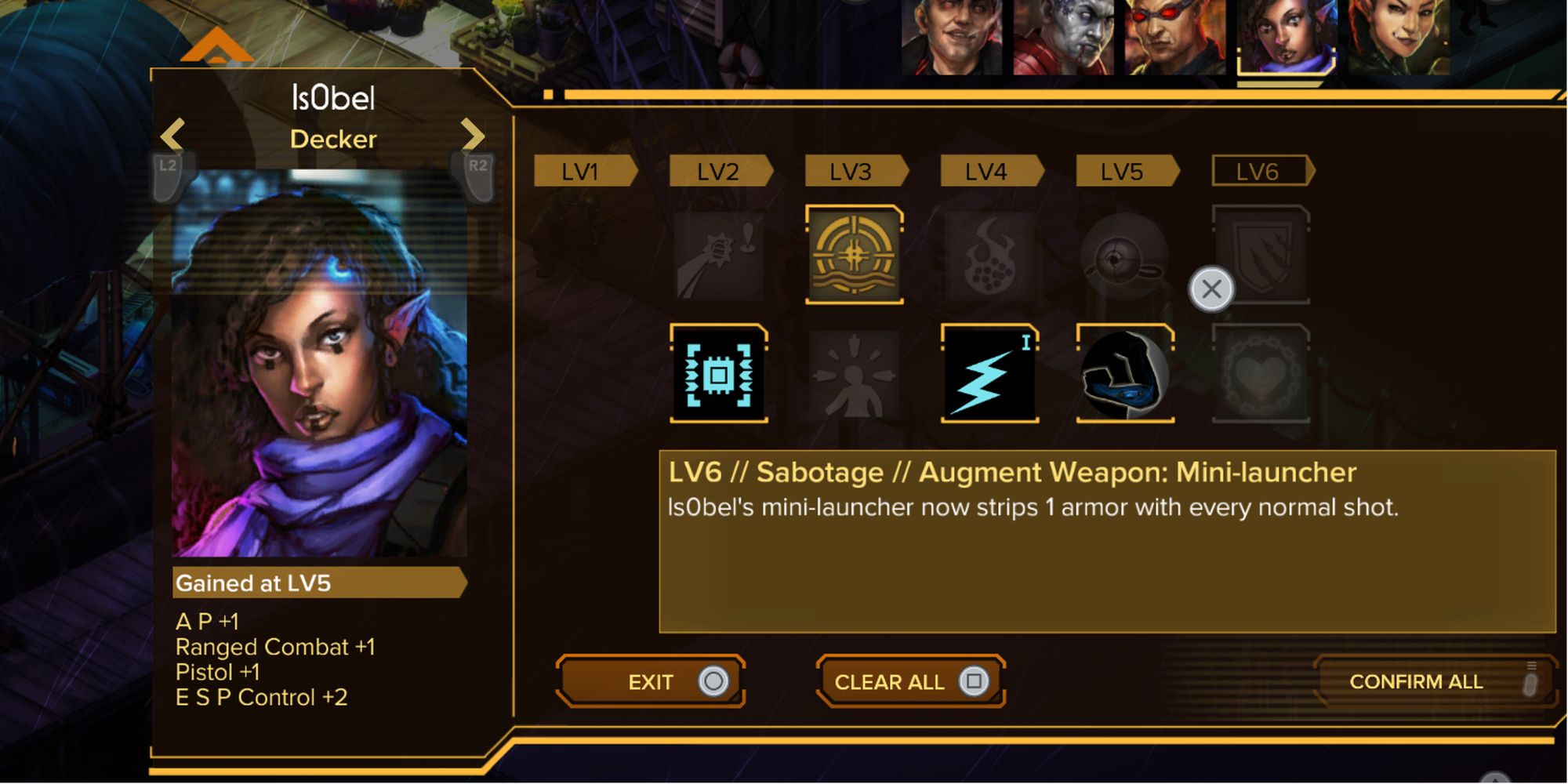 As it was in Dragonfall, your companions in Hong Kong will gain a level for every two missions you complete, all the way up to level six. Whenever they level up, your companions will get to choose between two abilities.

Is0bel's skillset is pretty predictable. She's a Decker who wields a grenade launcher in meatspace, and the possible upgrades you can choose for her reflect this in a big way.

Your ability choices for Is0bel will obviously differ depending on whether you're using her as your primary Decker or if her Decking skills are going to waste. Thankfully, her abilities in combat are useful enough that supplanting her position as the team's Decker is surprisingly viable.

This build assumed that you're making Is0bel your primary Decker. This is why we take Tar Blaster, which is a fantastic utility program for the Matrix. Rooting enemies in place for a turn is quite overpowered, especially when you're put up against melee fighters or can get behind cover easily.

Is0bel's skills with a Pistol are pretty dire, so Mark Target is easily the better choice for the second upgrade.

We don't take Boost Program or Pain Suppression for the following reasons:

As for the choice of cyberware, any AP manipulation is going to be better than inflicting blindness in the long run, even if it's a situational buff.

If you don't plan on using Is0bel in the Matrix, just take the Remote Mines upgrade on the first level up instead of Tar Blaster. Boom, instant dedicated grenadier.

God Of War: Where To Find The The Turtle’s Tribute Treasure