Over the last few weeks, the community has been voting on the theme and items in the next Sims 4 Stuff Pack. The first round decided the theme, with arts and crafts coming out on top. Within this topic, knitting was chosen as the focus. A further voting round decided the clothing, and this latest round was to determine build and buy items.

We were offered over 100 choices and the votes were used to narrow down the options and compile a well-balanced selection. Simmers were asked to vote and could do so via links in-game, on the Sims forums, and on social media. Now the votes are in and these are the winning pieces. 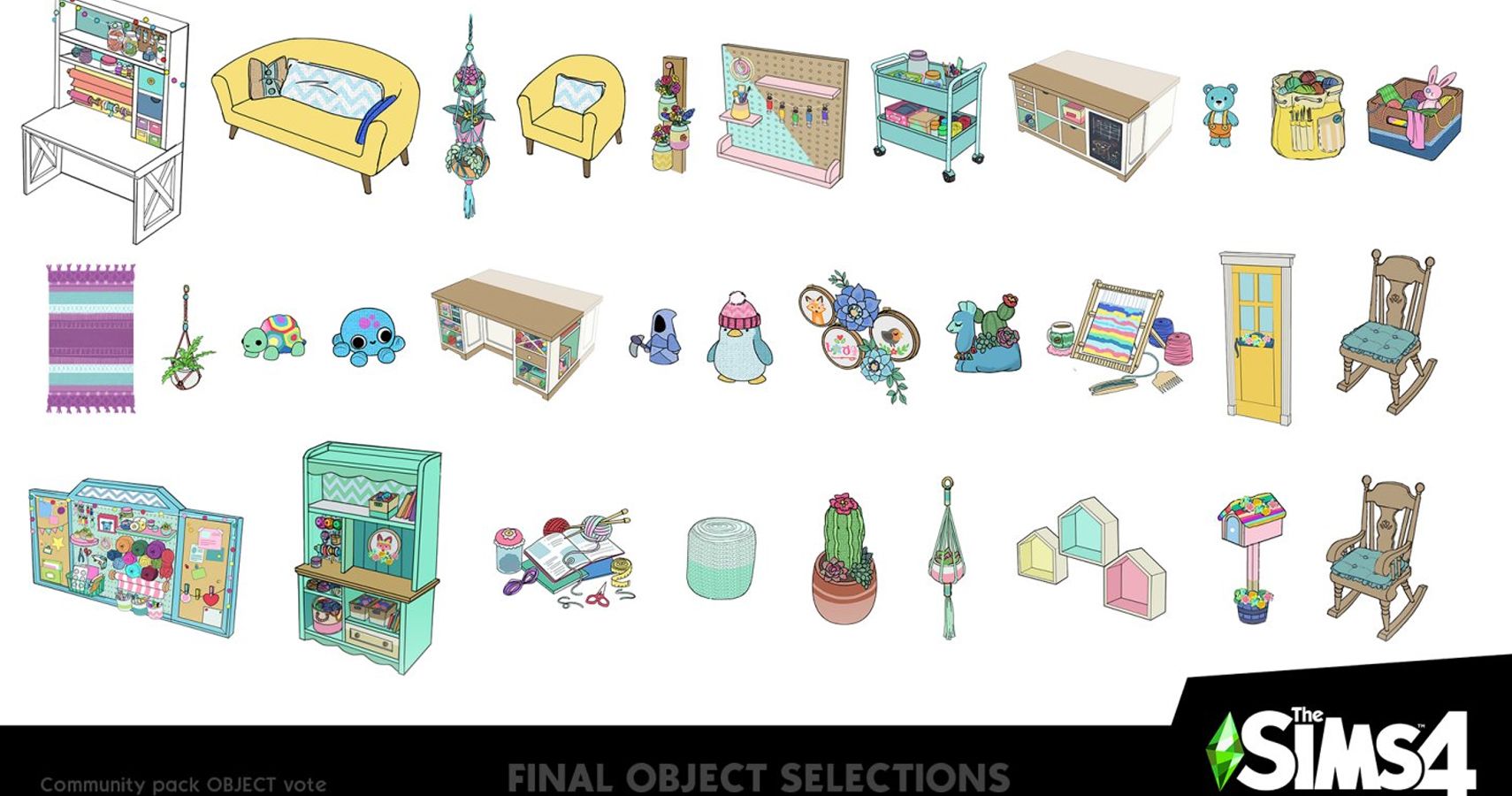 There is quite a wide range of objects and they match nicely together. Many were unsurprised that none of the curtain and window options made the cut. Instead, the major pieces of furniture are fairly limited. As well as the rocking chair, which is the gameplay object, we have a door, double-sided crafting bench, sofa and armchair, display hutch and craft supply unit.

The other choices appear to focus mainly on actual knitted items, something which has received praise from the community. Several knitted toys have made the cut including Grim and a llama. We also have some clutter items, knitted plant pot holders, decor items and a rug. We’ve not entirely sure about the yarn bombed mailbox but we appreciate having another poof. Hopefully, we can sit on this one!

Now that this vote is over, there are two more things to chose — the pack’s name and its icon. The first Community Stuff Pack that was made using a similar voting system was the much loved Laundry Day Stuff.

It was this final hurdle that caused the most disgruntled responses during Laundry Day Stuff’s production. The original theme was Eco Living and many felt that it strayed too far from this in the title (and in fact then gameplay) once laundry was given as an option for the gameplay item. There was also feedback about the icon, which Simmers felt looked like a cupcake, rather than a laundry basket.

Despite the hiccups, Laundry Day Stuff went on to become one of the most popular packs in the game and this new knitting pack looks set to follow in its footsteps.