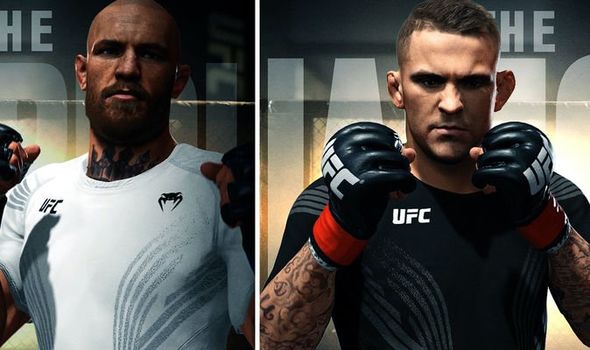 UFC fans are counting down to the fight between Conor McGregor and Dustin Poirier.

UFC 264 will be headlined by the third and potentially final battle between McGregor and his arch-rival Poirier.

The fighters are currently tied at one victory apiece, which means tonight’s battle is for supreme bragging rights.

The duo first battled in 2014, when McGregor knocked out Poirier in the first round. Poirier won the rematch earlier this year, knocking McGregor out in round two.

With McGregor falling down the pecking order, the Notorious one desperately needs a victory to revitalise his career.

And based on the latest prediction courtesy of EA Sports UFC 4, things are looking good for McGregor.

As you can see from the video below, EA Sports has simulated tonight’s fight between Conor McGregor and Dustin Poirier.

The UFC 4 simulation predicts victory for McGregor, who will best his opponent with an early knockout.

You can watch the pre-fight simulation below, followed by the real thing from 1am BST on July 11.

The UFC 264 event will be broadcast exclusively on BT Sport Box Office.

The highly-anticipated pay-per-view event will cost £19.95, and will include a total of eight fights.

Despite the 1am BST start time, McGregor and Poirier aren’t expected to make their entrances until around 5am.

The main event will be preceded by an undercard containing a total of seven fights.

This includes Stephen ‘Wonderboy’ Thompson against Gilbert Burns, with the former hoping to secure a title shot.

Tai Tuivasa against Greg Hardy should also generate plenty of interest, especially as the latter made his name in the NFL.