An NFT-driven, World War 2-themed digital card game has seemingly vanished from the internet after it faced legal action from the developer of KARDS, a game that looks suspiciously similar.

WorldWars was billed as "a unique NFT card-based strategy combat game which is free to play and play to earn" that used units, vehicles, and infantry from the second world war as its theme. However, the trailers released on Youtube show more than a slight similarity to KARDS, a free-to-play digital TCG that has the same theme, and its developer is not happy.

In fact, KARDS' developer 1939 Games alleges that WorldWars has "been using 1939 Games' intellectual property without authorization".

While the card art is different, virtually everything else about WorldWars' cards are identical to KARDS':

In the same tweet, 1939 Games said it has "taken legal action to protect KARDS… from this illegal approach". The threat of legal action appears to have already done the trick, though, as, as of writing, both the official WorldWars site and its Twitter account are offline. The only remaining evidence it ever even existed is on other NFT-themed Twitter accounts and on its Youtube channel.

Even the bits that aren't allegedly direct theft are shameless (crypto bros being shameless? Surely not). From the paraphernalia-strewn table serving as the game's playmat to the same basic commands, and even its logo, WorldWars just looks like a worse, NFT-infested take on KARDS. It isn't even accurate! In a 'gameplay' video, WorldWars seems to list the M4 Sherman, one of the most famous tanks in American military history, as an infantry unit. The M16 Half Track, a half-van-half-tank hybrid? Well, that's a plane, apparently. 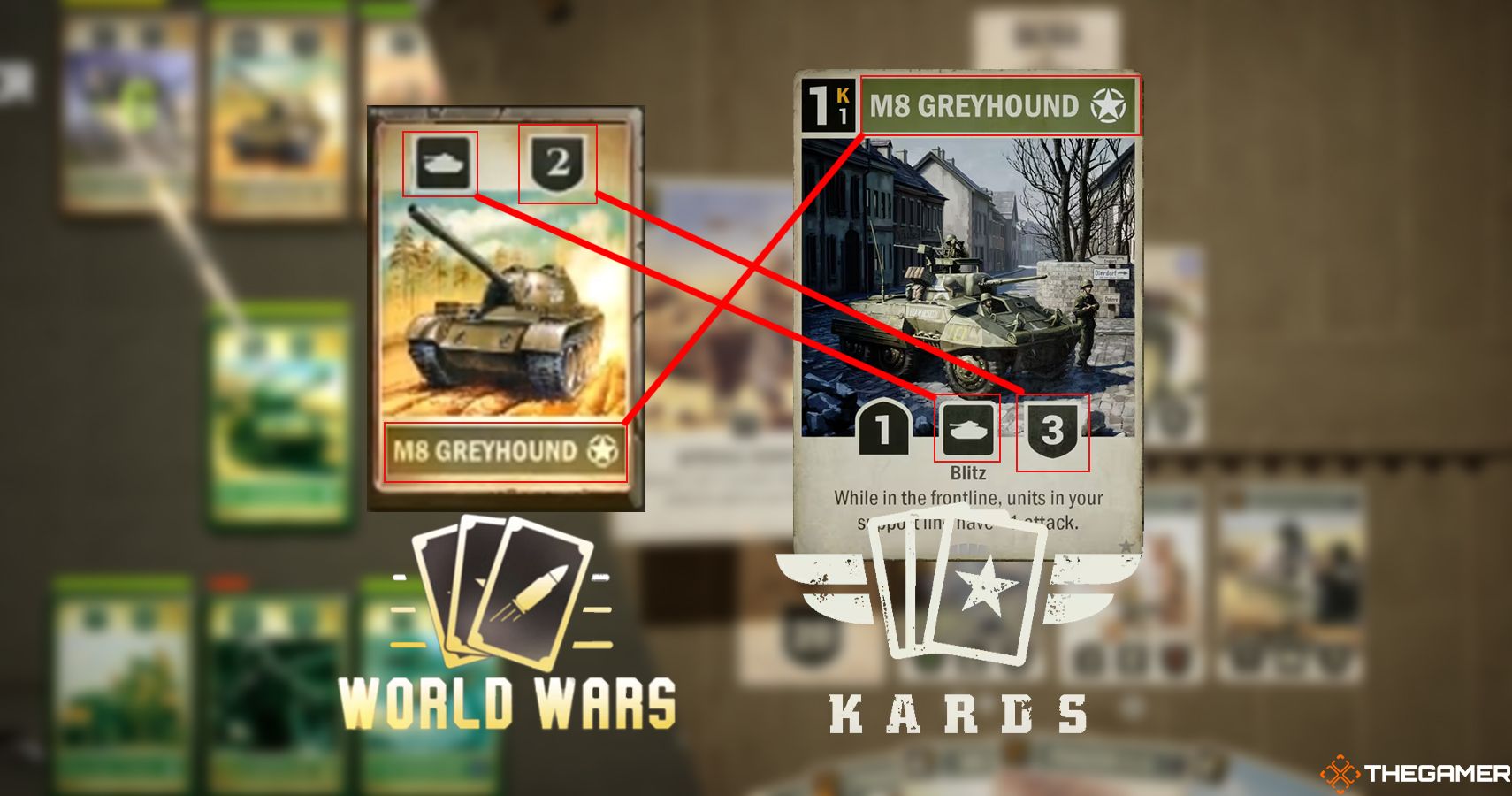 It's sad to see, because KARDS is a great digital TCG that manages to put out frequent expansions and is seemingly always hosting some kind of event, even with its smaller playerbase. It even tries new things with its front line mechanic, where units have to be put in harms way on the front line before they can attack.

We have reached out to 1939 Games for comment on this, and will update if we get a response. As it is, you can play KARDS on Windows and Mac via the official website or Steam.

Cross-Play And Cross-Progression Are Coming To Rainbow Six Siege, But Likely Not On PC

Big Fortnite Secrets To Be Revealed In The Batman/Fortnite: Zero Point Comic Series