An inherent problem with the gaming industry is the intersection between corporate aspirations and artistic ambition. Nobody will deny that games are art – that’s a moot talking point these days. Yet, much like Hollywood, popular music, or practically any other big-budget entertainment industry, big money investors often muck up the creative process. Sometimes, that means dictating the final product to be more palatable.

Other times? It means keeping a piece of art in legal limbo for nearly two decades.

Such is the sad fate of Monolith’s No One Lives Forever, a fantastic first-person shooter with hints of James Bond and other ’60s spy thrillers. But unlike many titles in that genre (and in FPS games in general,) No One Lives Forever is headed up by Cate Archer – a whip-smart and confident female lead in a genre with far too few of those.

The result is a game that plays out very differently from a Bond flick, in that Cate’s libido isn’t made a primary focus, meaning that there’s more room for the action and espionage to breathe. No One Lives Forever is a tight shooter, paced at a quick clip and set in a compelling series of stylish corridors, but it also makes extensive use of different hi-tech gadgetry between shootouts. The result is something that feels a tad bit less gung-ho and more nuanced than many of its 2000 contemporaries.

That sophistication didn’t pay off at market, however. By the end of 2000, No One Lives Forever had only sold a bit over 35,000 copies. While it would go on to eventually move over 350,000 units, the numbers still weren’t quite there. Successful shooters of the era fared a bit better on store shelves, and Fox Interactive was a big company likely hoping for the next big mega-hit. Considering their previous attempt at pitching an original IP, Croc: Legend of the Gobbos, didn’t really connect with audiences, it’s easy to assume the company was feeling a bit burned by this whole gaming industry endeavor. 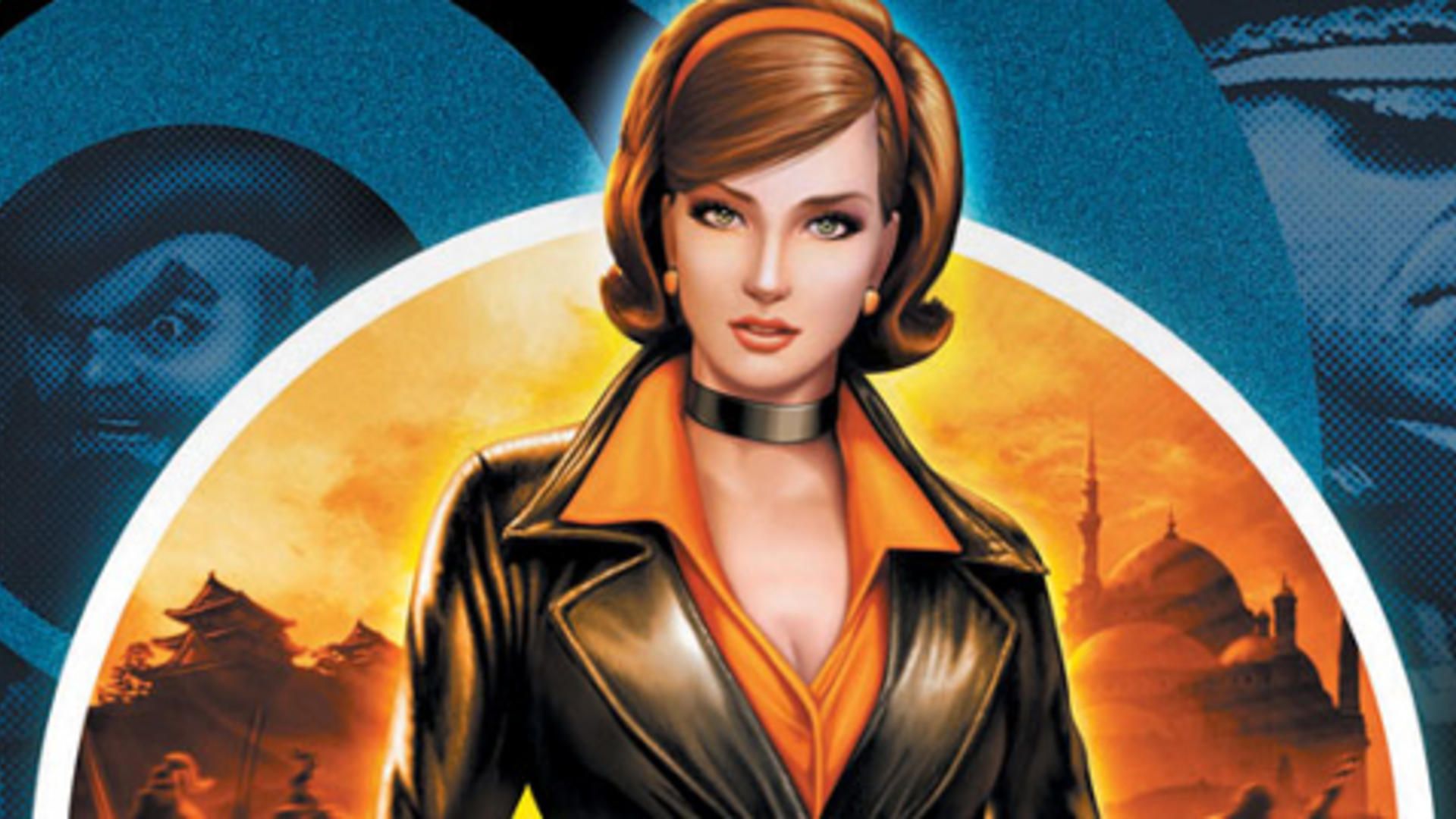 Yet they persisted – No One Lives Forever would see two sequels, No One Lives Forever 2: A Spy In H.A.R.M.’s Way and Contract J.A.C.K. Neither would do remarkable numbers, and by the time the latter game dropped, Fox Interactive was already being folded into Vivendi-Universal. Monolith went on to put two mega-hits in 2005 with F.E.A.R. and Condemned: Criminal Origins, shortly after being absorbed into Warner Bros. Interactive. Meanwhile, Vivendi-Universal got bought out by Activision in the late aughts.

So, where did that leave No One Lives Forever? Not in a good place, unfortunately. In 2013, Activision tried to explain the status of the game in a video from community manager Dan Amrich. Amrich stated that Activision likely pawned off the rights to the IP after the Vivendi merger, and that the legal team “does not believe that we currently have the rights.” As of 2020, both Activision and game designer Craig Hubbard have gone on record as stating that they have no clue who owns the rights.

By consequence, all attempts at putting out a modern release have been effectively stymied. GOG’s Trevor Longino stated in 2013 that the company “looked into it, but it’s not an easy thing to do,” chalking the reasons up to the licensing snag. Meanwhile, Nightdive Studios was able to acquire the source code for the game, and began to actively pursue the license – even going so far as to trademark the games’ titles in 2014. Unfortunately, Warner Bros. filed opposition to the trademark, and Nightdive’s attempts at nailing down a license agreement from the company fell through.

Why? Because, as it turned out, nobody actually knows who owns the rights.

See, as of right now, it’s unclear if 20th Century Fox, Activision, or Warner owns the franchise. Activision could lay claim due to the Vivendi name, Warner could lay claim on account of owning Monolith, and 20th Century Fox could lay claim due to their hand in publishing and funding it. Another twist of the proverbial knife is the fact that the legal rights to No One Lives Forever were agreed upon well before digital records were widely adopted. And given that the agreements are probably buried in a twenty-year-old file cabinet somewhere, neither Fox nor Activision were all too eager to dig through their archives. 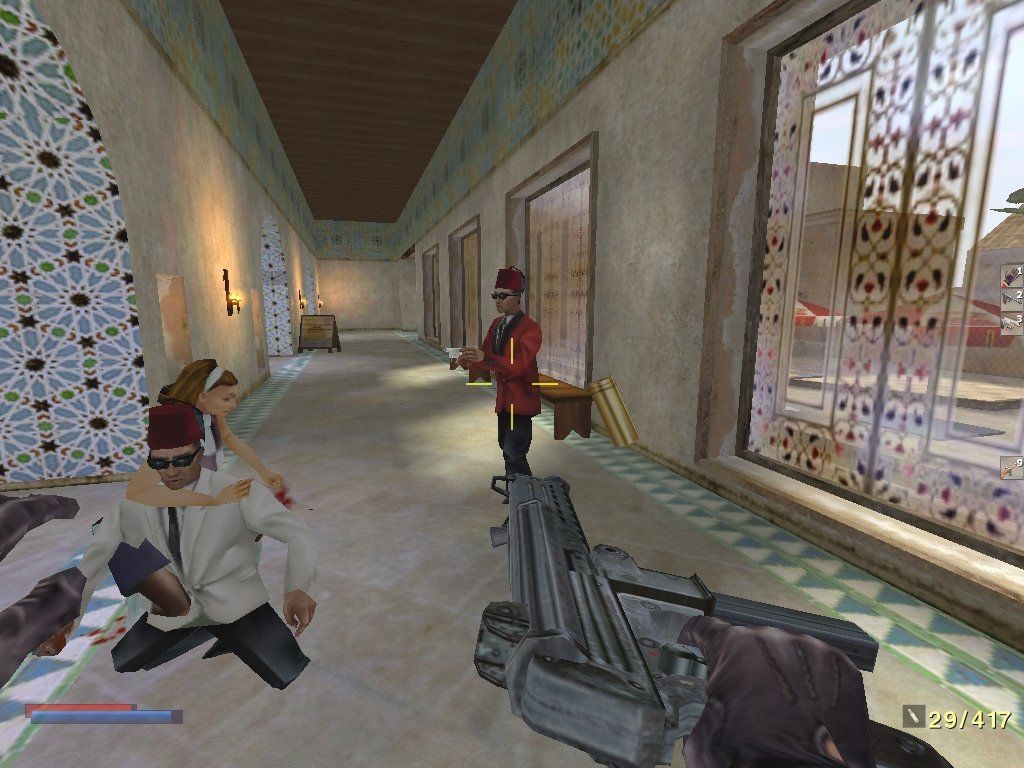 However, Nightdive Studios CEO Steven Kirk remains steadfast in his desire to put the game out. In an interview with NoClip this year, Kirk said the game was at the top of his wishlist, stating, “I’m never going to stop. It’ll happen one way or another.”

This leaves Cate Archer and her thrilling adventures in what could be a perpetual legal quagmire. With no actual knowledge of who owns the rights in full, coupled with an unwillingness to even try and figure that out from the three companies, No One Lives Forever is doomed to languish in obscurity on modern platforms. Add in the wrinkle that 20th Century Fox is now part of Disney, not to mention the persistent (but currently false) buyout rumors surrounding Warner Bros. Interactive, and it seems impossible that modern players will ever get a chance at experiencing this game.

Well – legally, that is. Sad though it may be, the only actual archived forms of No One Lives Forever widely available are pirated copies distributed since the game’s release. Without any legitimate firsthand means to purchase the game, and with the difficulty that comes with installing old PC games on modern rigs, anyone hoping to play the game in its original form (the less said about the PS2 port, the better) has no easy option other than to pirate the game.

Which is, ultimately, a real shame. No One Lives Forever is a quirky, arresting, experimental spy caper with a lovable lead, stellar mechanics, and a rousing narrative. Much of the game’s charm and humor still land in 2020, and the gameplay is as rock solid as Monolith’s games have always been. If you can get your hands on it, it’s one of the best shooters of its era, and well worth diving into. Hopefully, though, experiencing the trials and tribulations of Cate Archer will happen in our lifetime.

After all – no one lives forever.

Deliver Us The Moon Review – Love And Loss In Space

Golf With Your Friends Review – Shoot Your Shot

Can Your PC Run Death Stranding?

Rogue Warriors fined over $400K for match fixing in LPL