I can already hear the barks of dissent from people all over the world. “Let’s Go is rubbish!” they chant. “More like Pokemon for kids!” In case any of you missed the memo, Pokemon is, in fact, a series for kids. We all started playing as young ‘uns. Magical little monsters who shoot thunderbolts out their cheeks and spit more fireballs than a farmer would tobacco – it’s wonderful in the most inherently lovely way, but it’s a series designed to be approachable for four-year-olds who play their 3DS upside down. Let’s Go, unlike some of more recent mainline titles, understands this – that’s most of the reason as to why it’s the best Pokemon game in over a decade.

Pokemon Let’s Go Eevee and Pikachu are cutesy little remakes of Gen 1, specifically Pokemon Yellow. They transpire in the Kanto region, which the vast majority of us probably know like the back of our hands at this point. Mt. Moon, once the dastardly den of far too many Zubat, is now traversable in five minutes with a backpack full of Repels and a mysterious clairvoyance made possible by remembering its winding paths like our ABCs. Pair that with the colossally overpowered Let’s Go starters and the whole experience basically becomes hitting wet tissues with warhammers.

But that’s the beauty of Let’s Go. It’s unpretentious in the most organic way imaginable. It has gorgeous graphics, which are significantly more indicative of the Switch’s proprietary uniqueness than Sword & Shield. The music is amazing, the catching system is excellent, the introduction of overworld spawns was so trailblazing that it’s been adopted in mainline games… It’s just remarkable. It’s the best and most ambitious Pokemon game in over ten years, alongside Pokemon Go and New Pokemon Snap – both of which are also spin-offs, mind. Let’s Go is more akin to a core entry because of its remake status, though. It’s Pokemon Yellow via Pokemon Go, and it’s a testament to the exact kind of brave and brilliant experimentation Game Freak should adopt for future games in the series. 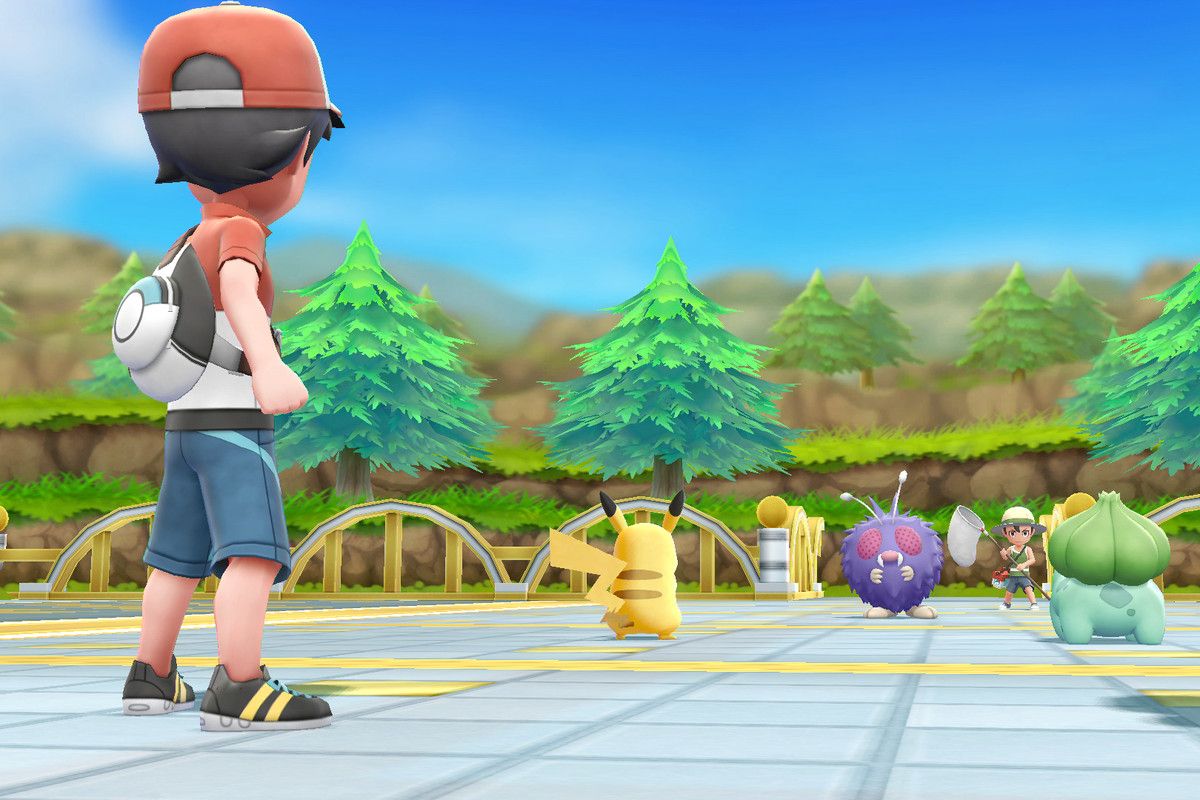 Let’s Go has everything from that special original formula. We’ve got campy gyms and a campier Team Rocket. We’ve got plenty of great Pokemon, too, and I don’t just mean that as a genwunner – I mean it as someone whose first completed Pokedex in 15 years was in Let’s Go. It’s a game of endless enjoyment, where you can actually catch ‘em all just like you did when you were a kid. It’s worth noting that Pokemon Go and New Pokemon Snap are also wonderful in this way – it’s almost as if the games that aren’t completely battle-centric are the good ones, eh?

From the aforementioned overworld spawns to revamped Legendary encounters, to letting ‘mons out of their PokeBall prisons and boasting art direction that makes proper use of the Switch’s improved hardware, Let’s Go did far more for the advancement of Pokemon than Sword & Shield after it, as well as Sun & Moon and X & Y before it. Don’t get me wrong, Gen 7 is my favourite mainline entry since 2010’s Platinum – the last game that was better than Let’s Go – but it’s got nothing on knocking about Kanto with Eevee on your shoulder. That’s not to mention Let’s Go making use of the Joy-Con in a way that resembles Twilight Princess on Wii – true, vintage, endlessly ambitious Nintendo at its finest. It actually looks and feels like a Nintendo Switch Pokemon game. Sword & Shield’s larger environments do too, to be fair, but not in that same magical and mystifying way – bigger is not always better, particularly when it comes to Pokemon.

I know we’re all excited for Pokemon Brilliant Diamond & Shining Pearl, and the Pokemon-but-Breath-of-the-Wild look of Legends Arceus is intriguing. I know you probably want news of Gen 9, or Sword & Shield 2, or whatever other unannounced mainline project Game Freak is secretly working on. Personally, though, I’d love to see Let’s Go Johto. Stick Marill and Togepi on the front as poster Pokemon and you’re all set. I mean, Gen 2’s introduction of Dark Pokemon was the best idea the series ever had, while the Bug Catching Contest has become iconic and sorely missed by longtime fans of the series. HeartGold & SoulSilver are phenomenal Pokemon games – potentially some of the best ones ever made – but it’s been over a decade since they launched. A full-fledged Gen 2 remake designed specifically for Switch with Let’s Go’s visual fidelity, brilliant systems, and sheer, unbridled ambition? That’s way up my alley.

Pokemon Let’s Go is the best Pokemon game in over ten years, and it’s going to retain that position at the top of the pedestal right up until Let’s Go 2 comes out. Yeah, it’s for kids – but we’re all just big, Pokemon loving babies anyway, right? Right.