“Development was pretty much done when I got a publisher. Originally, I had made this game a lot smaller with only a couple of levels, and Dan did three songs for me and I paid him in pizza and snacks and stuff like that.”

Aerial_Knight’s Never Yield is an upcoming runner from Detroit-based developer Neil Jones, aptly set in that very city, albeit 10 years in the future. The game was recently showcased at Nintendo’s Indie Direct alongside a slew of other ambitious and exciting new projects, and upon watching that stream, Jones’ title stuck out to me. The initial feeling I got was nostalgia for those old Xbox 360 indies due to UI, design, and its approach of being a short and snappy, to-the-point, polished ride. It even gave off huge Spider-Verse vibes with its half-toning and comic-y aesthetic. Naturally, I had to get in touch with the developer and find out all about this new game and the man behind it.

Something in particular that resonated with me when watching through that unveiling at the Nintendo Direct was its harmonic, upbeat, rhythmic music, a blending of jazz and hip-hop that felt authentic and right at home with the setting, and this is all from a musician who Jones grew up with, “That’s my homie, Dan,” he tells me, “We’ve known each other forever. He’s done the music for all of my projects and I asked him to come onto this one while we were both working this really crappy day job.” 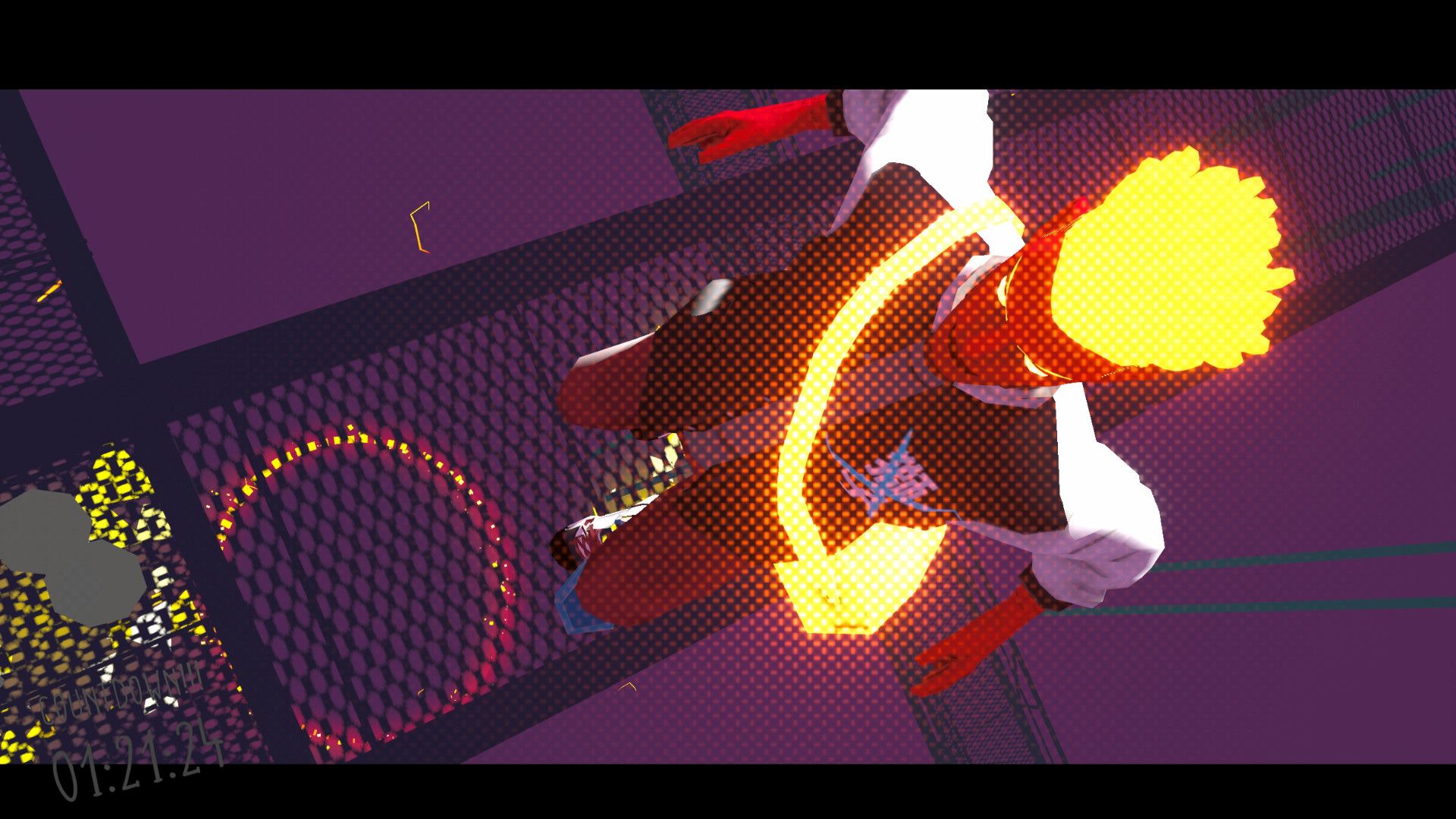 Aerial_Knight’s Never Yield is a through and through solo dev, startup, indie venture, and most of the work was already done by the time the publisher picked it up, so a good chunk of development spawned from that low-funded, spare time, hobbyist approach. Getting a publisher, however, meant that Jones could swap over from paying Dan in pizza-slices to actual money, but the music itself changed a fair amount through development prior to getting that publisher, with Never Yield’s soundtrack reaching its current state thanks to a late-night binge of anime.

“Originally, the soundtrack was completely different. We went with a totally different style and it just didn’t work out,” Jones says, “Then we tried some other stuff and that didn’t work. Eventually, I forget if it was Cowboy Bebop or Samurai Champloo, but we ran across this clip, and I sent it to him in the middle of the night and said, ‘Hey, what if we did something like this? Or, you know, look at this, and then look at the game, and try to make a song with the jazz elements that we already have.’ He came back with this amazing song the next day, and we put it in the level and it fit perfectly.”

As for Jones, the extent of his music background is playing the violin as a kid, but that doesn’t mean that sound isn’t vital when it comes to his developmental method. He told me all about his creative process, “When I design things, I can hear it. And I go by art. I find out where the story’s going, what part of town the character will be in, or what situation they would be in next, and I do art around that. Then I do level design around the art because I want the levels to feel natural. Art, design, and story all meshed together for me. I do the first pass, send it to Dan, and while I’m doing clean-up, he’s making the songs. I’ll ask him to make tweaks or adjust the level to fit more of what he did. Even though it’s not completely rhythm-based where you’re jumping to the beat or anything, it still feels like the pace of the game matches the actual songs.”

It wasn’t just his high-school friend Dan who helped him out, though, as while Jones did 98% of the artwork, his friend Angie helped fill in that last 2%. “I had this awesome artist do the splash art for me: I’m really bad at 2D art. And my friend Angie did the concept art for the character. I was having trouble designing them at first – I had all these rough ideas and sketches and I took it to her and said, ‘Hey, this is what I’m going for.’ She came back to help me with the final design.”

While seemingly an innocuous runner made by one man with help from his friends every now and then, there’s a backstory leading up to its inception, and it’s a common story in the industry, one where black people get rejected and pushed out just because of their skin color. Jones told me that he’d been trying to get into game development for a decade, but at every turn, he was pushed back, and based on Aerial_Knights’ demo, trailer, and the passion going into it, it’s hard to understand why anyone would turn him down, but it’s a horribly common occurrence. The closest I’ve ever come to experiencing it myself is with the LGBTQ+ community, and it’s something I’ve talked about with other developers in that sect, so I put forward a question for Jones that I did with them: is it getting better?

“I don’t speak for all black people or anything like that,” Jones opens, “I speak from my space of trying to be in an industry for ten years and constantly getting rejected. There’s a difference between the LGBT discussion and the black discussion even though there’s a lot of crossover between the groups. Being black, you walk around with it on your skin all the time. There’s nothing you can do to hide it, and you shouldn’t. But there’s a difference in perspective. I support everybody being in games, but being black specifically, we don’t talk about it enough. It’s just recently there are enough changes happening. I don’t know if it’s actually working, but I know that there is change happening. I see a lot more of the black community on Twitter getting jobs, and hey, if that’s the first step, I think that’s a good one.

“If anything, we can just use Aerial_Knight’s Never Yield as an experiment to say, ‘Hey, look at this one person that the game industry didn’t want, or who couldn’t get a job in the game industry, and who has been struggling for ten years to try to make his way in even as an entry-level person and couldn’t. Imagine how many other people are out there who have the capability of doing something like this and want to work at a place but never really get the opportunity.’ So if anything, I hope it gets more people jobs and can be used as an example.”

Next: The PS5 Has A Similar CMOS Battery Issue To The PS4 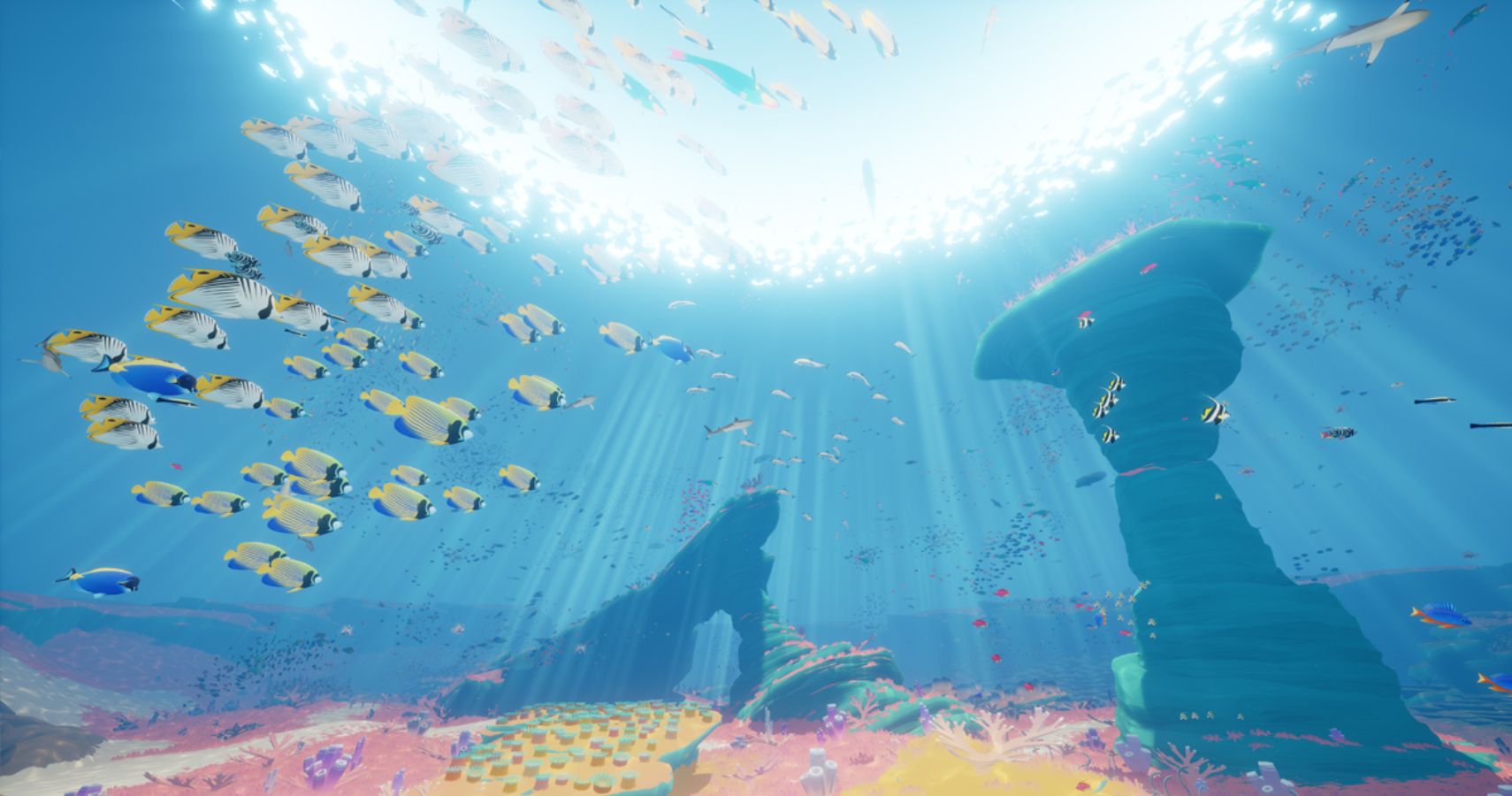 These Limited-Edition Studio Ghibli Steelbook Blu-Rays Are $20 Each

How Valve Put Together The Game Changing Ending For Half-Life: Alyx