The best gift my rapist ever gave me was a copy of Cooking Mama.

He didn’t really give it to me as thoughtful gift or anything. It was just a second-hand cartridge he’d had laying around – one he didn’t even remember the origins of. One afternoon, before one of our dates, he brought it over to my house and pulled it out of the frayed, dirty pocket of his old corduroy jacket. After he left, I holed up in my beanbag and popped it into my DSi for a casual diversion.

A few hours later, I went down to our kitchen and asked my mom if I could help with dinner. In minutes, I was cooking ground beef and adding different spices into it for homemade Sloppy Joes. That was the first time I’d ever cooked, outside of boiling water for macaroni and cheese or ramen. It wasn’t anything fancy, but in that moment, I knew there was something special about this strange alchemy I’d performed. I knew that I wanted to learn more, experiment more, taste more.

It was the first step, ten years ago this year, that I took towards learning to love cooking.

A fun fact about my depression is that it took me until last year to realize I had it. I blame myself, most – I tend to put myself in situations where I’m taking care of other people, and putting my needs, wants, and on occasion sanity to the side. Only once I broke up with my partner of seven years, fell into a very self-destructive relationship with an older woman, then ended things with her and almost killed myself that I realized, “huh, hey, maybe something’s screwy in my brain.”

As it turns out, there is! I have depression, body dysmorphia, and trauma for days, basically. My trauma is, admittedly, something I’d rather unpack in future articles than right here. That means that my depression and eating disorders are the stars of the show today, and folks – they’re bad!

I’ve been struggling with depression since I was very young, but was unable to put a label on it until I had a brief stint in therapy last year. It took a long time for me to realize that regularly wanting to die, thinking I deserved abuse, and shutting down and holing off from people who care about me wasn’t “normal.” Once I was able to realize that I suffer from depression, it became easier to recognize and deal with. Not easy, mind you, but easier.

As far as body dysmorphia, that stems from the fact that I used to be bulimic. From the age of about eleven or so onward, my parents would both make regular disparaging remarks about fat people. To them, being fat was a character flaw, and a character flaw was something worthy of derision. I took that energy and pared it with the anime and manga I was obsessed with most back in the day: Bleach. Everyone in that franchise is super skinny, alarmingly so, and I realized that’s what I should strive to look like. If I did, I thought, my parents would love me even more. So I learned all the classics: the coffee diet, the “I’m not very hungry,” the fingers down my throat and heaving over the toilet. I also used to deliberately work out hard enough to throw up – primarily through running and Dance Dance Revolution.

When I was eighteen, I weighed around 120-130 pounds, and was around 5’9″. My ribcage protruded from my body. It took going to college and meeting my now-ex, who immediately recognized that I was undereating and started asking questions, for me to truly grapple with my disorder. That was the first step to me recovering.

But the second and biggest step would come a little later – with a little help from an old friend. 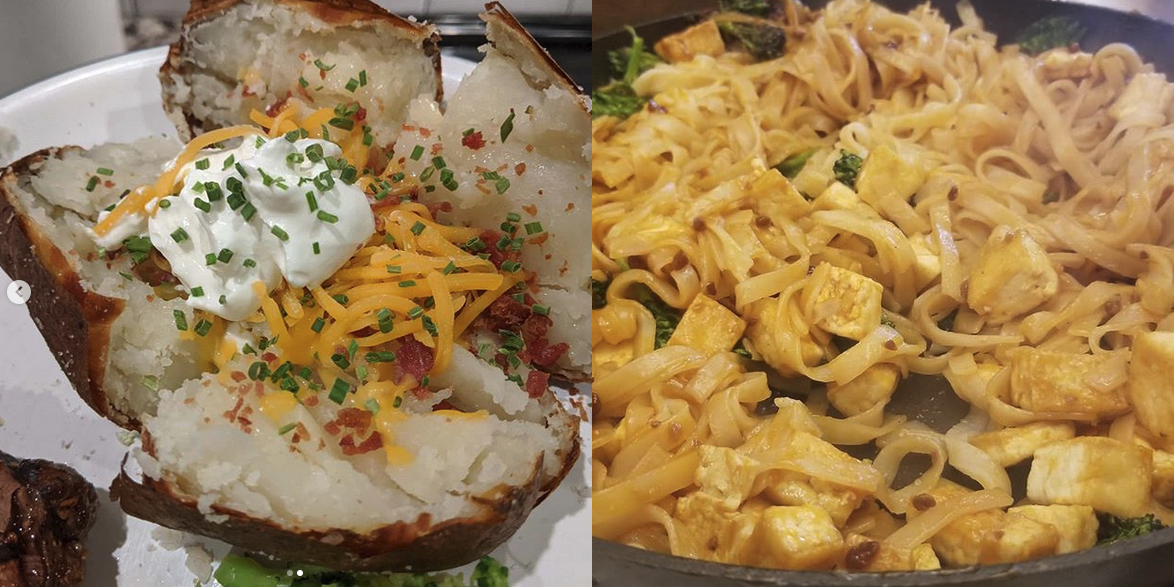 Cooking Mama instigated my love for cooking, really, because of how soothing it is. I tend to favor difficult games, like danmaku titles, hardcore JRPGs, and old-school survival horror – among others (I’m a multifaceted gal.) So a minigame collection geared towards kids, then, shouldn’t be in my wheelhouse. But from that secondhand DS cart onward, the series has always been somewhat therapeutic to me. There’s a deliberate, repetitive nature to it that helps ease my mind and sooth my soul when I’m having a shitty day.

I think a large part of that comes down to the very unorthodox approach to mechanics that Cooking Mama has. A game like Mario Party is a collection of minigames with no purpose to it – you’re playing these minigames to move around a board and best your friends. On the other hand, stuff like WarioWare just gives you minigames and tells you to play them because they’re fun. But Cooking Mama represents an almost lyrical approach to the idea of a minigame. Players are charged with doing a million little menial tasks that, little by little, come together to form a finished product. It gamifies the idea of doing a bunch of incremental steps to accomplish a larger goal, much in the way that Animal Crossing gamifies going into debt, or any shooter gamifies literal murder.

Because of how fun the game makes dicing vegetables and cooking meat, then, I wanted to explore if it was as satisfying in real life. Throughout college, I would cook in the student kitchens whenever I got the chance, and relished any opportunity to help my then-partner in the kitchen during trips to their house. Over time, I really started learning the ins and outs of kitchen etiquette. But those occasional trysts were only an appetizer, really, to 2016 – the year I came into my own as a cook.

When my ex and I moved in together, they became the de facto breadwinner for the household. At the time, I just didn’t make enough money from my freelance gigs, so I had to compensate in some other way. Over time, I started to deprogram my, “somebody else will do it” mentality about basic household chores and really began to take initiative. Vacuuming the house, scrubbing all the surfaces, making beds, doing laundry… I started to revel in “domestic” behaviors. But few things gave more joy than being able to finally, at long last, cook.

Cook every day. Cook for myself. Cook for other people. Just… cook.

God, it felt so good.

And it wasn’t until doing it regularly that I really started to understand how therapeutic it was for me. It’s hard to put into words, but when I’m in the kitchen, I feel like I’m at peace. Cutting up meat and veggies, simmering the ingredients just right, managing three pans full of ingredients at once… it feels like I’m truly in control of something. That control then translates into something that (hopefully) tastes good, and that I can not only enjoy myself, but share with other people. Cooking, for me, is a method to get closer to the people I love, and a way to share my heart with them.

As anybody with depression can tell you, those two sensations are invaluable. To me, being depressed means plunging yourself into the murky tar pits of your brain – reveling in the filth of unhealthy isolation, needless negativity, and self-destructive thoughts. When I’m in that place, a way to exert healthy control over something and a method to share my feelings without having to actually say anything is huge. If I’ve been crying all day, or casually musing on how I want to not exist, the ability to nurture myself and somebody I care about on my own terms is an invaluable tool.

This goes for my eating disorder, as well. Cooking Mama is a franchise that lets you see each individual ingredient you put into something, giving you complete and total knowledge of what you’re cooking with. When you have an eating disorder, it’s really, really difficult to not just look at all food as the enemy. You start to homogenize it, and think of it all as this amorphous threat to your worth as a human being. But seeing Cooking Mama and its methodical approach to cooking made me realize that I could approach eating the same way. If I could build something, little by little, step by step, ingredient by ingredient, I could put my mind at ease. Over time, that was a really helpful tool for me, and now, I’m in a place where I can eat like a normal fucking person most of the time.

Even Better Than Mama? 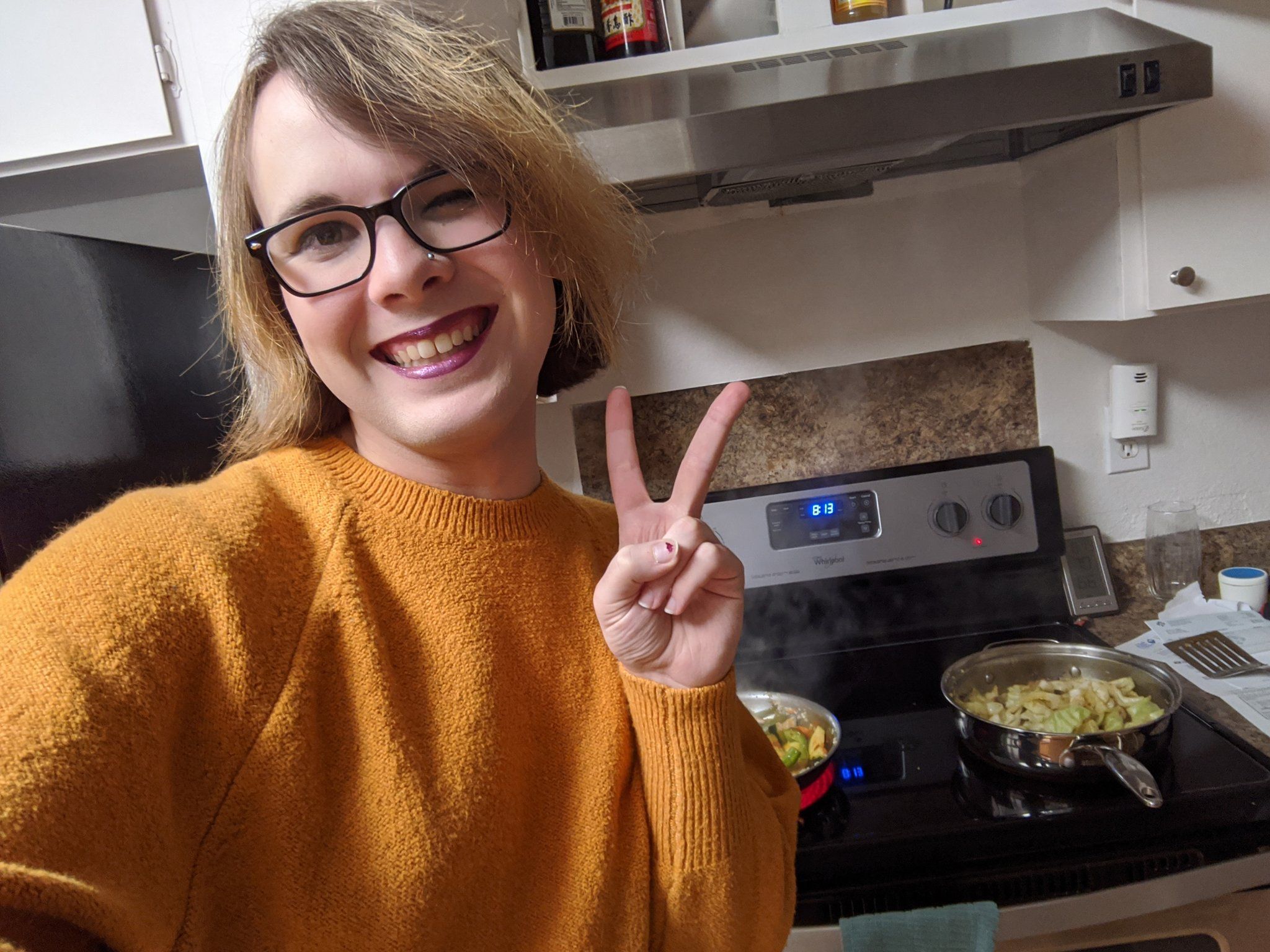 Cooking Mama taught me two invaluable things: that facing my fears could help me work through them, and that food is a beautiful, wonderful thing that too many who have too much take for granted too often. By turning food into a game that I could get better at, the long-running and venerable casual series showed me how to take control of something when I couldn’t control my own mind, and how to truly appreciate how fortunate I am to be able to eat.

On bad days, on days where I want to end it all, on days where I hate my weird-looking stomach and round face, cooking helps quell my anxieties and channel them into something actionable. It helps me express myself, heal myself, and nurture myself – all while feeding into my compulsive need to do things for other people. And I would’ve never known that had my rapist not offloaded a secondhand game they didn’t care about onto me.

But I digress. Cooking is great and Cooking Mama is great. Now, if you’ll excuse me, I have to take some baked mac and cheese out of the oven to surprise my girlfriend with.

I hope she likes it.