Most video games are built on violence. That’s true of the more cartoonish variety, like jumping on turtles in Super Mario, and the more visceral, like stomping on a zombie’s face until it shatters in The Last of Us. Video game stories are becoming more complex and mature all the time, but they’re often still built on a binary winners-and-losers foundation – one where victory is everything and death is nothing. “I’m stronger than you, and therefore I am right,” is a competitive mentality games have long soaked up, with many now trying to wring this out in order to build more layered narratives made up of grey areas, not black and whites. God of War typifies the contrast and evolution in gaming right now.

The earliest God of War games offer one of the best examples of gaming’s penchant for violence, and how it becomes his misguided way of solving problems. It’s lazy to look at the latest God of War game and call the older ones simple mindless violence – they did have some story and heart in them – but certainly those games put killing and gameplay and fun at the forefront with narrative taking a backseat. In those games, narrative was there to guide you through various set pieces and make sure you always had a reason for slicing people to bits, but it never got in the way. The latest game kept a lot of these violent encounters, but approached them in an entirely new way. 2018’s Kratos could still mow down everyone in the room without a second thought, but he no longer wanted to. He wasn’t a bloodthirsty killing machine, he was a father protecting his son on a dangerous journey.

As far as raw gameplay goes, little changed apart from the technological advancements, a closer camera, and the introduction of the Leviathan Axe, but the approach and framing was completely different. Kratos still won his battles, removed his obstacles, and ultimately proved he was in the right through violent means, but it felt easier to become invested in his reasons for doing so. The most recent God of War was a much more intimate story, with the game not only placing narrative as the driving factor in propelling the story along, but also making it much more universal. The original God of War games could never untangle themselves from the fact you were playing as a god of war. There’s obviously a place for these types of fantastical, escapist stories, but 2018’s God of War has you playing as a father who happens to be the god of war. Though the story has magical elements and deals in godly deeds, there are many moments when that all falls away and it becomes so much simpler. 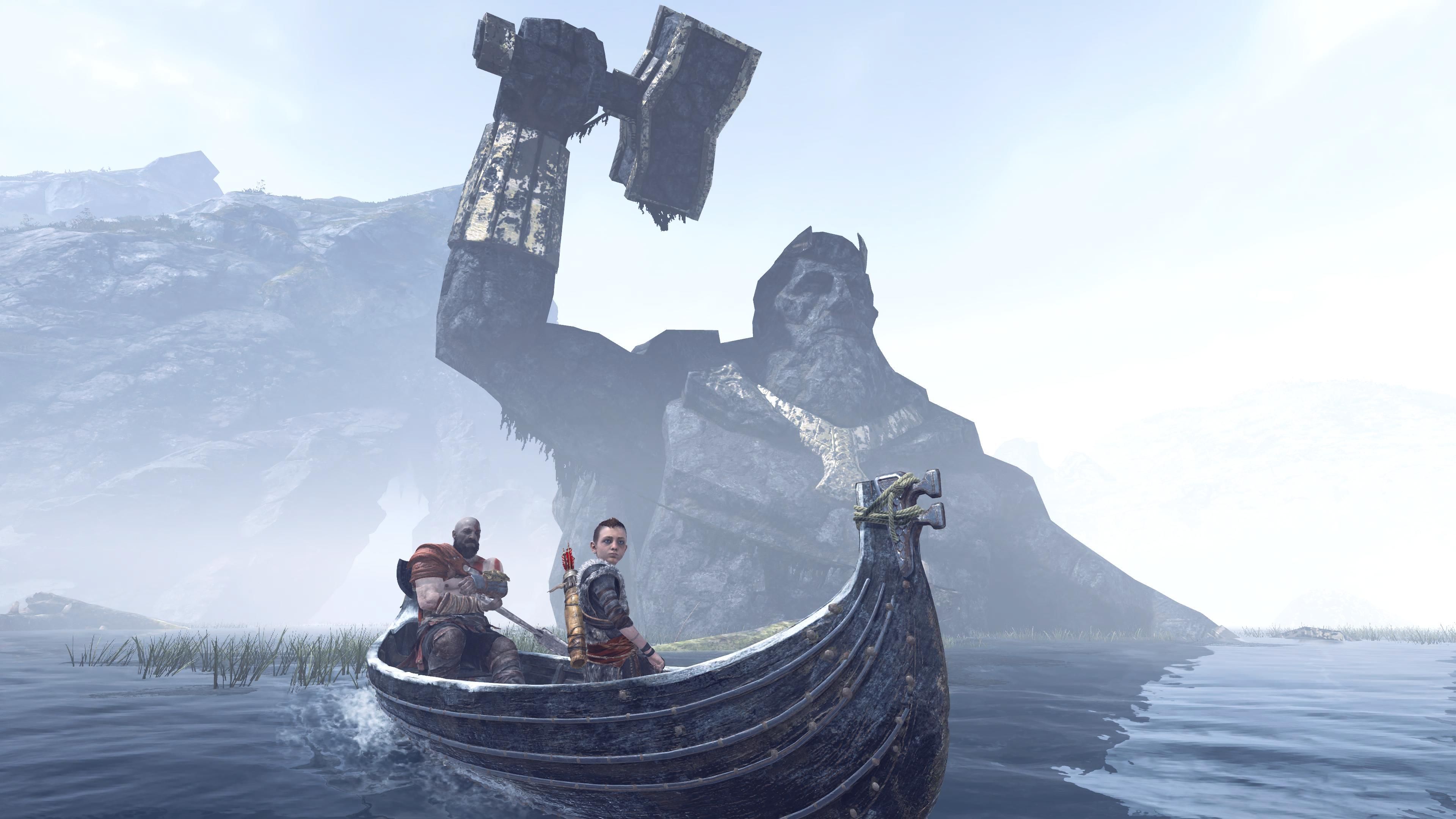 This is important in giving God of War the foundation to become the most peaceful game I’ve ever played, but it isn’t the reason for it. Most of the early bonding we see between Kratos and his son Atreus comes from teaching Atreus to hunt, or to fight, or to control his anger. Kratos may no longer deliberately rush head first into violent situations with a smile on his face and a gleam on his blades, but his every interaction remains tinged with violence. Where God of War’s peace truly comes from is in trusting you, the player, to take control of the story.

Though the first few hours of God of War are linear, once you reach the lake with the World Serpent, you get a bit more freedom. There’s still a clear objective for you to follow, and only a fragment of the map is unlocked at this early stage, but you can spend hours just meandering around the lake, rowing and taking in the sights if you want to. A few days ago, that’s exactly what I did, and it surprised me just how peaceful and relaxing everything was.

I’ve already beaten God of War once – because as we’ve established, games are there to be won – and so I don’t feel any great rush to continue the story or race through the objectives. The first time around, I missed out on all the peaceful interludes available to me, constantly checking what I had to do next and ticking each item off my to-do list. If the issue of ‘winning is everything’ begins with how games are developed, it ends with how we play them. Myself, I’m often too eager to follow exactly what the game wants me to do, hitting checkpoints, completing side quests, running across the map either in the most direct route, or in a winding path that takes me through a load of optional objectives on my way to the next story marker. I never stop to smell the flowers, but with God of War, I’m making a conscious effort to take things slow. 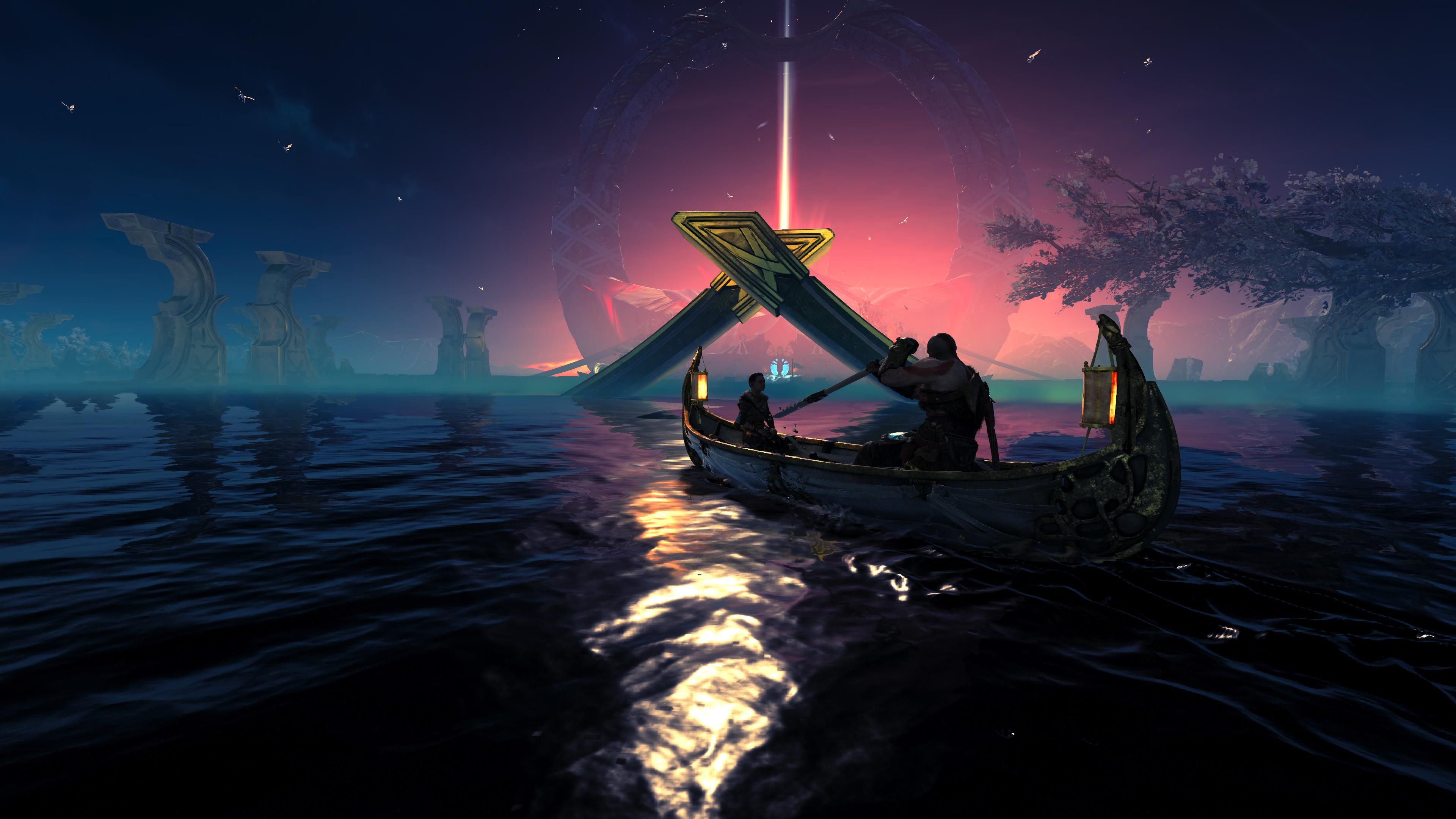 Though I missed it the first time, the game does seem to encourage this style of play. One of Atreus’ defining characteristics is that he’s curious, and so whenever you row him somewhere new, he’ll be interested in what might be on the shore. Atreus’ curiosity acts as the game’s way of giving you permission to wander. Although he will point out if you’re not heading for the objective, he doesn’t constantly try to drag you back in the ‘right’ direction, he’s just checking to see if the detour is deliberate or not.

I haven’t even met Mimir yet. The decapitated narrator recites stories and myths and legends while you drift along the water, and often on my first playthrough, he was cut off by Kratos reaching the objective and running off to chop people down. This time around, I’ll be sure to let him finish his stories while we float on the water without a care in the world. 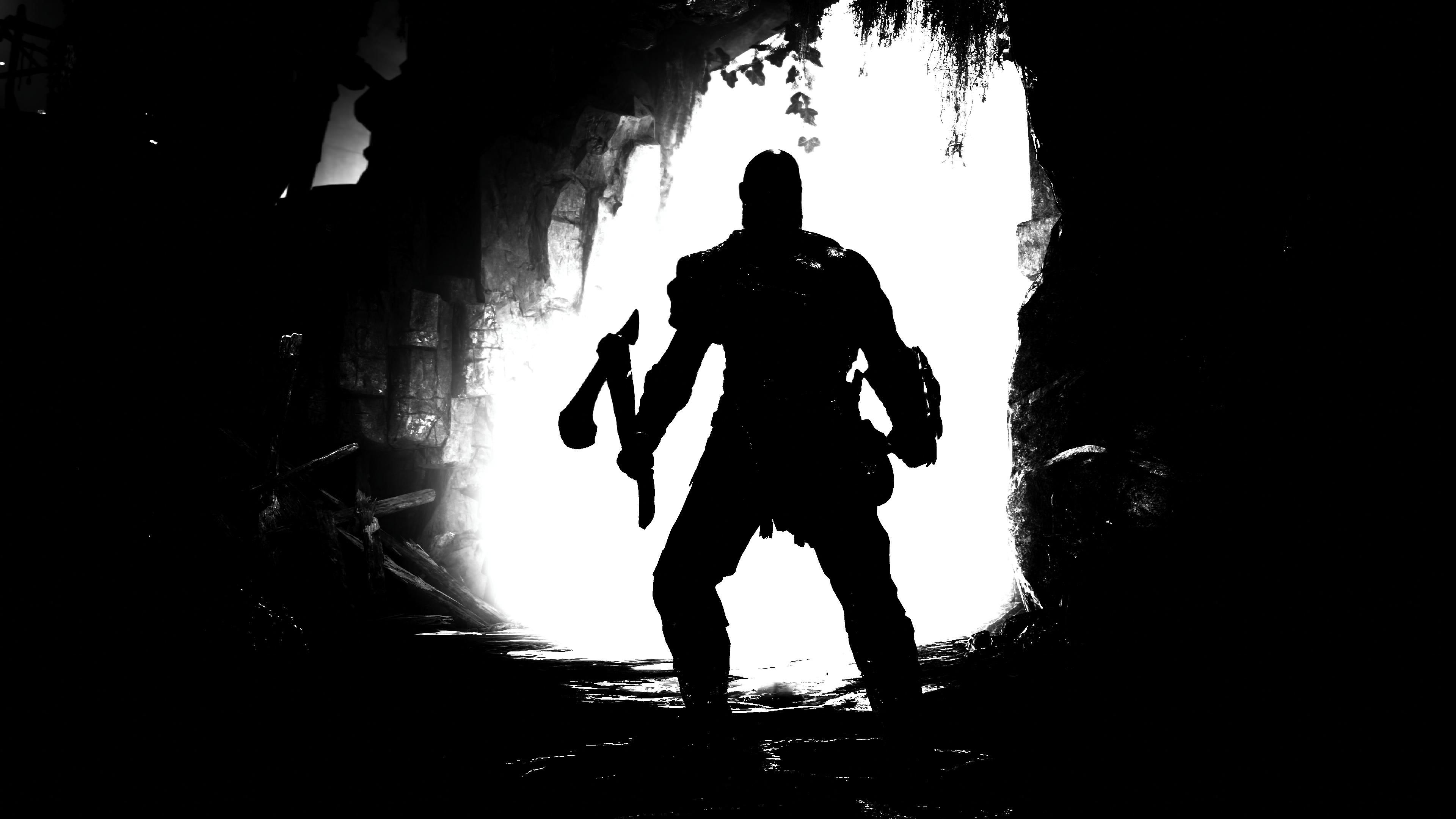 God of War is still a very violent game with death and bloodshed at its core, and a pacifist playthrough is impossible. But when you take a break from clearing the objectives and racing from conquest to conquest, it’s a lovely and peaceful day out on the lake. I’d love more triple-A games to embrace this peacefulness as a core element of the gameplay rather than on optional side activity, but for now, I’ll settle for making my own peace.

Next: Joker In Persona 5 Is An Idiot; Please Treat Him Like One 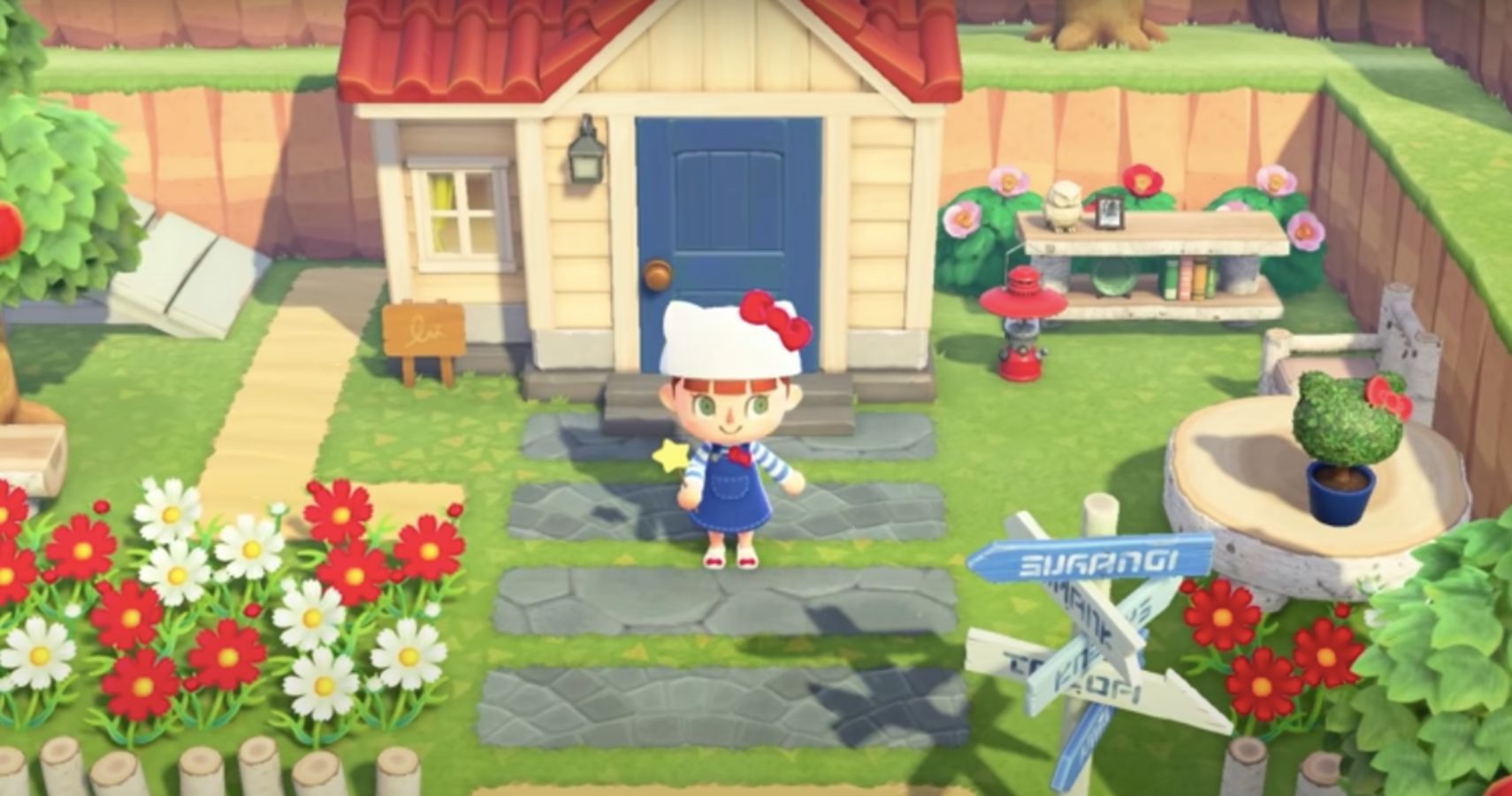 Cross-Play And Cross-Progression Are Coming To Rainbow Six Siege, But Likely Not On PC

Team Ninja Has Approximately 200 Staff Members, And They Are All True Ninja