The upcoming Super Mario 3D All-Stars collection is a real bargain. For a relative pittance, you’ll get two extremely good games, and hours of platforming goodness to sink your teeth into. From a pure value standpoint, it doesn’t get much better than that.

Only… there’s a bit of a problem. See, 3D All-Stars is missing one of Mario’s finest outings. Super Mario Galaxy 2, released in 2010, took everything its predecessor did and kicked it into overdrive. The sweeping improvements to mechanics, art direction, and level design are too numerous to count here, but suffice it to say, Galaxy 2 was a bigger, bolder, and better game than Galaxy in many respects.

At the time of the game’s release, Nintendo marketed the sequel as an expansion pack of sorts – a new set of levels for players who’d mastered the first game. That rings true with the rest of the experience, which trades the narrative heft of the original for a more sparse story than before. The trade-off, however, is that Galaxy 2’s levels blow the original’s out of the water in terms of creativity, variety, and challenge.

Super Mario Galaxy 2, to me, is the Mario franchise at its most confident. 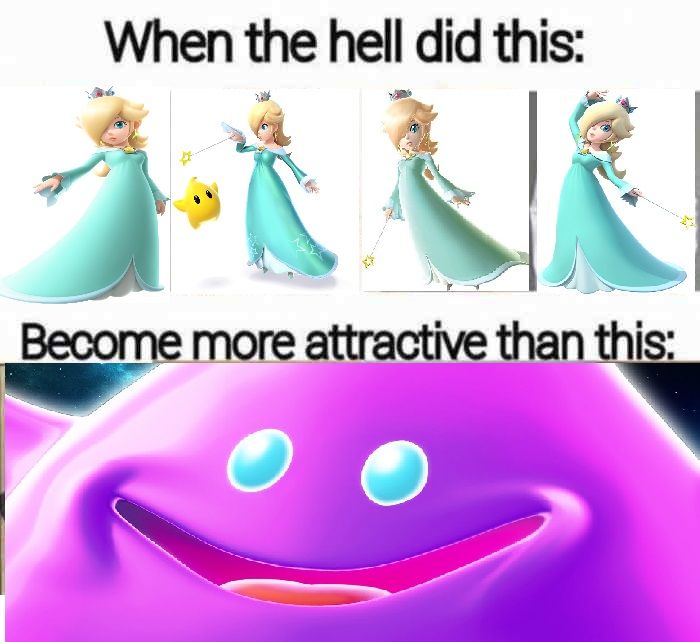 So, why the shaft? It seems peculiar to go from the plumber’s Nintendo 64 3D debut up to his Wii opus, only to leave that story half-told and skip straight along to the Wii U. It’s a strange choice, to be sure, and one that naturally makes me wonder whether or not there are even Switch plans in the cards for Galaxy 2.

For whatever reason, the sequel exists in this weird stasis when it comes to the mainline Mario games. Yes, it came out, and yes, it did well, but in terms of overall series representation, Nintendo’s kind of ignored it. Characters and elements from the game haven’t been referenced or represented nearly as much as the first title. While, granted, a spaceship shaped like Mario’s head and a pleasingly plump Luma lad aren’t as marketable as New Age space queen Rosalina, they’re still fun and quirky elements that deserve more reverence in the scope of the series.

Plus, there’s the preservation aspect of it. Currently, the only two ways to snag Galaxy 2 are by getting a physical copy for a two-generations out of date console, or to download it on a digital storefront living on borrowed time. Considering that, it would’ve been nice for Nintendo to take the effort in ensuring Galaxy 2 clenched a spot on the Switch. It deserves to be there just as much as the included games, and in one particular case, arguably deserves it more.

(Look, I told myself no shading on Sunshine, and I intend to keep it that way. For now.)

Point being – it’s a damn shame to see that Super Mario Galaxy 2 isn’t getting another lease on life on a modern platform. Our best hope, at this point, is an eventual digital add-on release.

Or, y’know, a Virtual Console system that makes sense. Just a thought!

Nier Replicant: Items That Are Safe To Sell

Why IT needs to lead the next phase of data science