When you think about influential space RPGs, Elite is probably the game that springs to mind. But 1986's Starflight made just as much of an impact, even if it didn't become a household name. Published by EA and developed by Binary Systems, a tiny five-person development team based in California, it took three years to develop. Compared to the 12-month development cycle of most games at the time, this was unusual—reflective of how wildly ambitious it was. With just 64KB of memory to work with, the developer gave players a vast, procedurally generated galaxy to explore, with 270 star systems and 800 planets.

Cataclysmic solar storms of unknown origin are raging across the galaxy, threatening to wipe out all organic life. Sound familiar? Mass Effect's Reapers had a similarly nefarious plan in mind. The once-idyllic planet Arth is being destroyed by these mysterious storms, and its rulers send you on a mission to search the galaxy for new planets to colonise—as well as to discover and defeat the source of this galaxy-sized apocalypse. You assemble a crew, choosing from a variety of different races including robots and sentient plant-like creatures, and set out into the cosmic unknown aboard your very own starship.

The remarkable thing about Starflight is that every single one of the game's 800 procedural planets can be landed on and explored. That's nothing compared to the 18 quintillion planets waiting to be discovered in No Man's Sky, but remember: this is a game from 1986. When you locate and scan a promising planet, a tank-like all-terrain vehicle—a precursor to Mass Effect's infamous Mako—can be dropped onto the surface to search for valuable minerals and determine whether it's habitable for Arth's refugees. You'll also encounter hostile alien wildlife, which can be fought and captured for research. 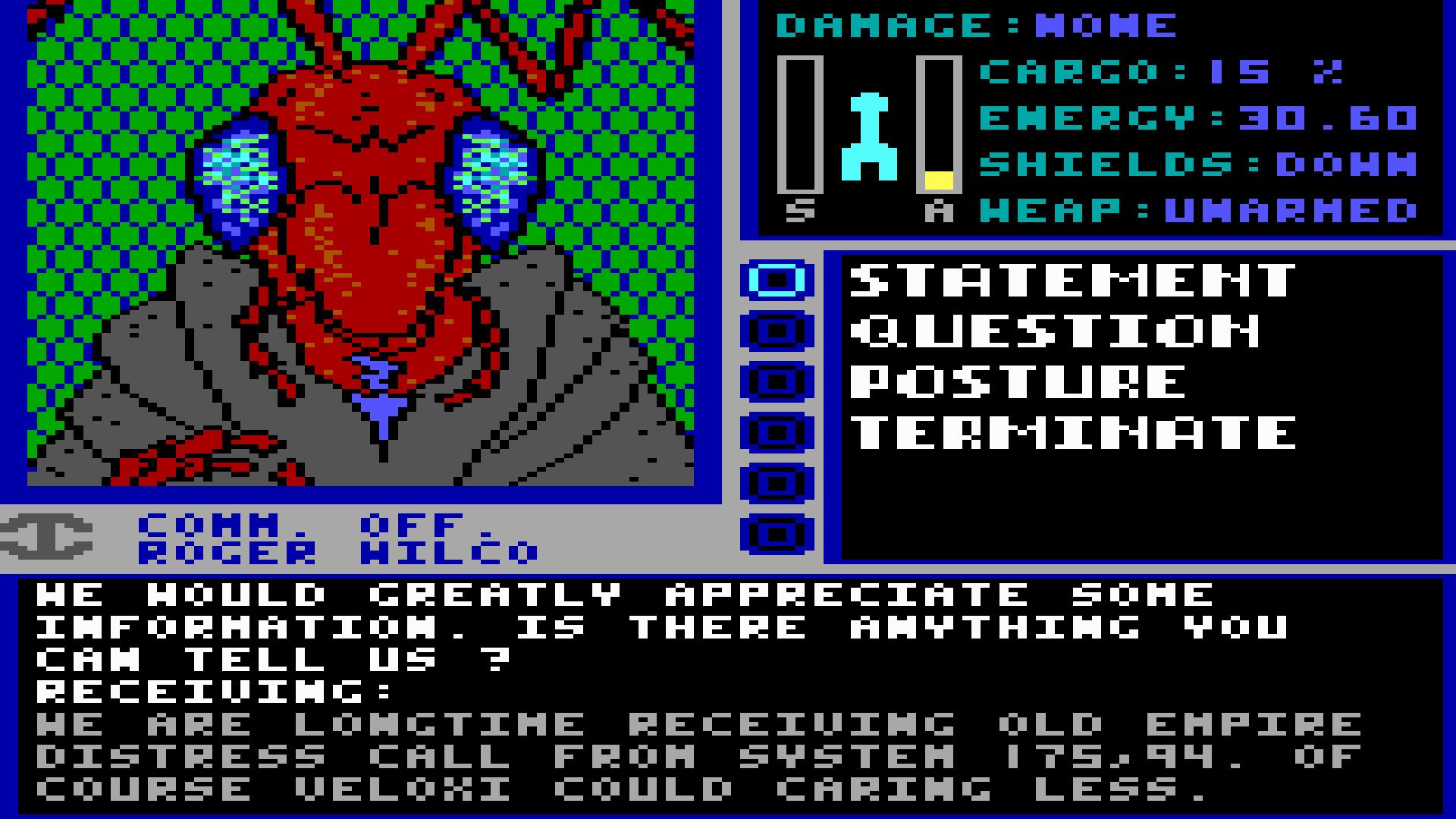 As you explore space you'll also run into intelligent, spacefaring aliens. Some will be friendly, while others can be cautious or even just straight-up hostile. If you have a communications officer in your crew, talking to them will be easier—otherwise conversations can be tricky, and may even result in you being suddenly attacked. You can also communicate non-verbally, simply arming your weapons or raising your shields to get your point across. You can be as peaceful or aggressive as you like, reminiscent of Mass Effect's Paragon/Renegade system. Sometimes diplomacy is the best way out of a sticky situation.

Starflight also forces you to manage your ship's fuel, similar to how you have to keep the Normandy gassed up as you explore the galaxy in Mass Effect 2 and 3—albeit on a much deeper level. Fuel management is a constant challenge here, and you're constantly on the verge of running out and getting stranded. Overall, Starflight leans harder into the logistics of running a ship and exploring space. It's also completely freeform, with no scripted storyline propelling you forward. In many ways, it's a superior RPG to Mass Effect, with layers of customisation, impactful decision-making, and tense resource management. 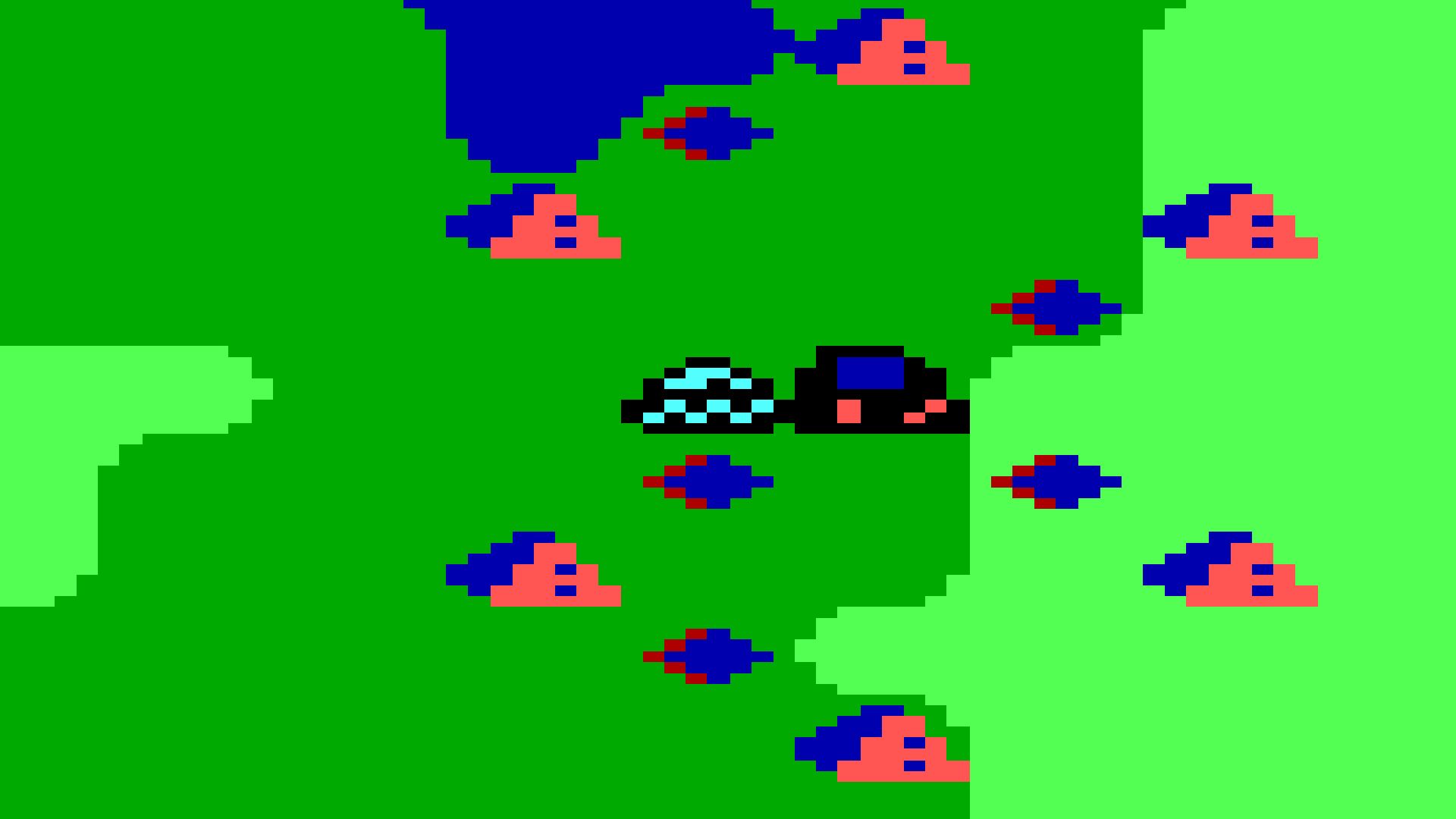 It's also completely ruthless. If a crew member dies, they're gone forever—and if everyone dies, the game deletes your save and kicks you back to MS-DOS. Players used to modern game design should be wary, because it's harsh, vague, and unforgiving in a very '80s way. The lack of hand-holding can also make it feel quite aimless at times. But otherwise it's remarkable how much of BioWare's game is in here, especially since it launched 20 years earlier. Chances are you've never even heard of Starflight, which is a shame, because it was decades ahead of its time and arguably paved the way for Mass Effect.