Legends of Runeterra is shaking up the game with two new game modes, Gauntlet and Lab. In a video detailing upcoming changes, game director Andrew Yip and executive producer Jeff Jew discussed what players can expect for the future of Legends of Runeterra.

Gauntlets aren’t just for Vi anymore; anyone can participate in Legends of Runeterra’s new limited-time competitive mode. Gauntlets are just like they sound (the other type of gauntlet), where players must earn seven wins for prizes and exclusive rewards to unlock. The first Gauntlet for players to compete in is just a standard competitive match. Players can build whatever deck they are most comfortable with and try to take it to seven wins. This game mode is expected to be available in the 1.4 patch on June 26. 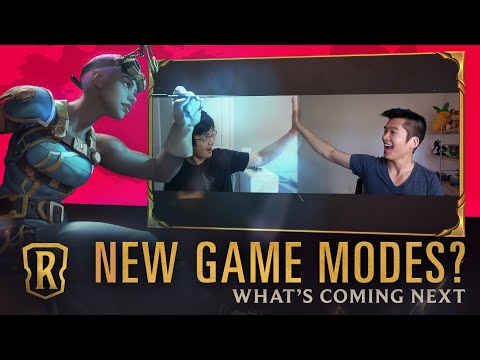 The second Gauntlet that will be available to players will restrict a player’s deck to just one copy of each card. Often called Singleton, this game mode forces players to experiment with cards they might not have usually picked. It also makes relying on specific card synergies much more difficult and much less viable. Each Gauntlet game mode will be available for a limited time, a few days. Riot Games noted that as more game types are released for Gauntlet, the more popular formats will be repeated periodically.

Last but not least, the developers explained that “in August, the next region of Runeterra will debut with new champions and a bunch of supporting cards. Then, every two months will bring a new drop of cards — including more champions, and every 6 months, the next region of Runeterra will join the roster.” Additionally, several major requested features and improvements are planned for implementation this year.

Games Inbox: Are you using video games to relax during lockdown?