If there is one character that Super Smash Bros. Ultimate fans request more than any other, it is Geno. The little puppet with a gun for a hand first came from the Super Nintendo game Super Mario RPG: Legend of the Seven Stars. Fans of the game have begged for Nintendo to add Geno to Smash for years, frequently topping fan polls for the most requested character. After Cloud was added to Super Smash Bros. for Nintendo 3DS and Wii U, there was a glimmer of hope for fans. Nintendo came through, but not in the way fans were hoping for.

Thanks to a live stream featuring game director Masahiro Sakurai, a Mii Fighter costume based on Geno is coming to Super Smash Bros. Ultimate. Sakurai revealed the costume as part of a larger video detailing the Final Fantasy VII fighter Sephiroth. With Sephiroth’s release came a ton of extra Final Fantasy VII content. Mii Fighter costumes for Aerith, Barrett, and Tifa were released for the Swordfighter, Gunner, and Brawler fighters respectively. 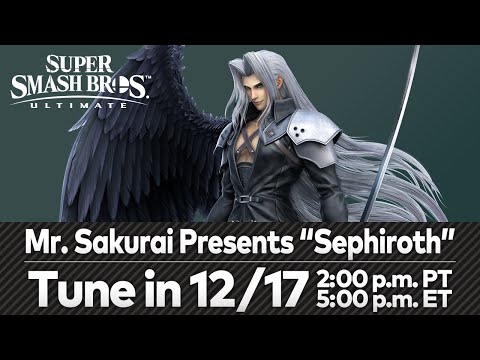 Why do people want Geno in Smash?

Geno, whose real name is ♡♪!?, has one of the more unique stories in Super Mario RPG. The wooden doll isn’t actually a doll at all but is a Star Sprite. While searching for Star Pieces to rebuild Star Road, it joins Mario and the team to stop the villain Smithy.

Fan love of Geno comes almost exclusively from two things, it’s only been seen in one game and they are cool. Geno is a star possessing a puppet with a gun arm, who also happens to be one of the best attackers from the classic RPG. Since Super Mario RPG’s release in 1996, Geno has not been seen other than a tiny cameo in Mario & Luigi: Superstar Saga. Despite this, Geno’s popularity has only grown.

This isn’t Geno’s first time narrowly missing the Smash invite. Sakurai previously considered adding Geno to Super Smash Bros. for Nintendo 3DS and Wii U. While Geno wasn’t able to make the cut then, the recent Square Enix partnership gave fans hope. Unfortunately, the Geno costume more or less takes his inclusion as a future fighter off the table.

Spirit of Competition, the Hearthstone six-year anniversary event, is here