According to the release the experiences are expected to provide users with ‘real and tangible utility’, as well as interactions, within the digital realm. Some of the experiences teased from the esports organisation’s announcement video included entering into a virtual shop to try on merchandise and watching NIP play virtually alongside other fans. 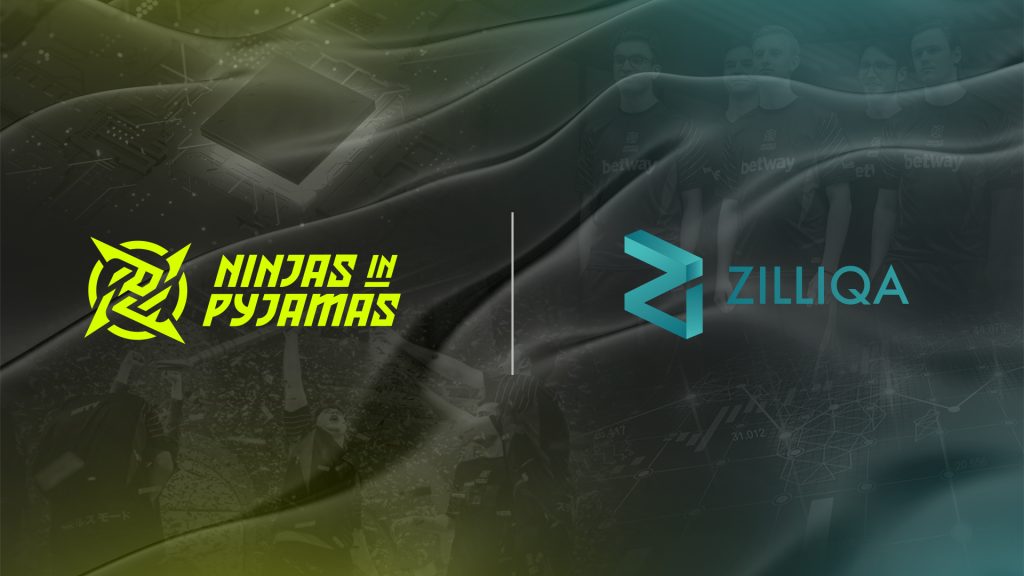 RELATED: Ninjas in Pyjamas joins the LPL, merges with ESV5

The two parties will also cooperate on branding for jerseys and events, as well as pop-up experiences in tournament venues. As a result, Zilliqa branding will be present on NIP’s Counter-strike and Rainbow Six: Siege player jerseys. Additionally, Zilliqa will be present at the PGL Major 2021 in Stockholm.

It’s interesting to note that a ‘significant portion’ of the sponsorship will be issued in ZIL – the native currency for Zilliqa.

Hicham Chahine, CEO, Ninjas in Pyjamas, stated: “During Covid-19, esports organisations were able to switch to online play and marketing initiatives relatively easily compared to traditional sports. But with the world finding its rhythm in a  ‘new normal,’ we needed to consider: how could people remain engaged? Could they use their time online to earn and not just play?

“With blockchain-based gaming companies being infused with nearly half a billion dollars in the first half of 2021 alone, crypto seemed to have all the answers.”

Founded in 2017, Zilliqa is a cryptocurrency company focused on building a blockchain platform. The company had its ICO (initial coin offering) in 2017 and raised $22m (~£16.02m) in Ethereum. The cooperation with NIP marks Zilliqa’s first foray into esports.

Matt Dyer, Head of Growth at Zilliqa, said: “The physical and digital worlds are merging, and it has left no one behind. Esports is a great example of this. Over the past year, aficionados looking for new means of engagement realised how esports could be enjoyed as a remote social experience with peers. Crypto joined in, adding immersive, play-to-earn components to this world.

“Zilliqa didn’t miss a beat and has been amping up our efforts to revolutionise the creator economy. Now that we have the opportunity to make our mark with gaming legends Ninjas in Pyjamas, we have no doubt that this collaboration will bring new people and more adoption into the cryptoverse.”

Esports Insider says: Another esports organisation cooperating with a crypto company is expected, but being paid in crypto for sponsorship might not be. Although the companies did not disclose the specifics of the deal, judging by the recent crypto partnerships in the esports industry, it could be a lucrative one for both parties. Either way, it’ll be interesting to see how NIP fans react to the virtual activations that were being teased in the announcement video.

Far Cry 6 Is Fully Playable In Co-Op, Will Offer “Something Else” After The Story Is Over