Microsoft has announced the line-up of free titles for Games with Gold next month and it’s a decently solid selection of games. Fable Anniversary is the clear standout here, though the other games are sure to have fans excited. It’s a 50/50 split with racing and RPG getting represented, but even the most stringent of players should find some fun.

Project Cars 2 is the newest title on offer, though even it is a few years old. There’s no mention of whether or not this is the deluxe edition with DLC included, but that hasn’t been the case with past titles. Usually, the season passes will go on sale while the game is free, thus giving you the incentive to plunk down some money on a lost purchase.

Still, you can’t go wrong here. Fable is one of Microsoft’s flagship franchises (despite having disappeared for roughly the entire Xbox One generation) and the other titles have a ton of replay value to them. Maybe they aren’t your cup of tea, but there’s no harm in giving something new a try. 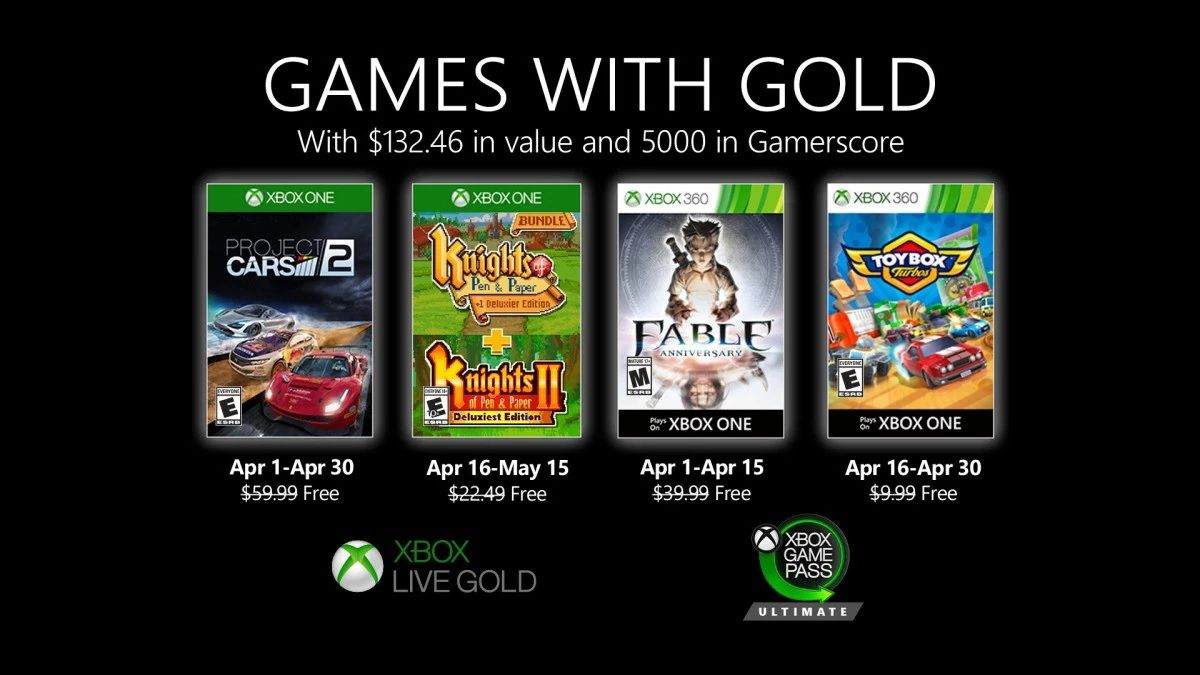 With all of the turmoil going on in the world, it seems like forever since Microsoft last announced its Games with Gold selection. March 2020 has been an exceptionally long month and there doesn’t seem to be an end to this coronavirus pandemic in sight. Maybe the freebies aren’t the best titles around, but now isn’t the time to chastise Microsoft.

If anything, the length of each game is a reaction to people being urged to practice social distancing. What better way to stay inside than to dig into Fable? The game is an epic-length RPG that molds around player choices. It sort of fails to live up to that description, but it was an incredibly ambitious title back when it released in 2004.

Either way, here is when you’ll be able to nab each title. Make sure to grab them before they go or else you’ll miss out. As a reminder, all Xbox 360 titles are yours to keep regardless of your Live Gold subscription.

Assassin’s Creed Valhalla gets a pre-order discount at Amazon

9 Call Of Duty: Warzone Tips To Help You Win