Notably, neither phone appears to introduce many AI-powered features that aren’t already available on existing Pixel devices. (Pixel hardware has historically been a showcase for Google’s AI innovations.) Instead, they appear to nudge the lineup toward the midrange. Affordability seems to be the focus rather than cutting-edge technology, along with a recognition that neither phone is likely to make splashes in a highly saturated market. Reportedly, Google plans to produce less than 1 million Pixel 5 smartphones this year; production could be as low as around 800,000 units for the 5G-capable Pixel 5.

The Pixel 5 might be a successor in name, but it’s an arguable downgrade from the Pixel 4 in that it swaps the Qualcomm Snapdragon 855 processor for the less-powerful Snapdragon 765G. The RAM capacity has been bumped from 6GB to 8GB, which could make tasks like app-switching faster. The Pixel 5 also has a 4,080mAh battery — the largest in any Pixel to date. Google claims it lasts up to 48 hours on a charge with Extreme Battery Saver, a mode that lets users choose which apps remain awake.

Speaking of the battery, the Pixel 5 introduces Battery Share, a reverse charging feature that can be used to wirelessly recharge Google’s Pixel Buds and other Qi-compatible devices. It’s akin to the Qi reverse wireless charging features found in Samsung’s Galaxy S10 and S20 series. 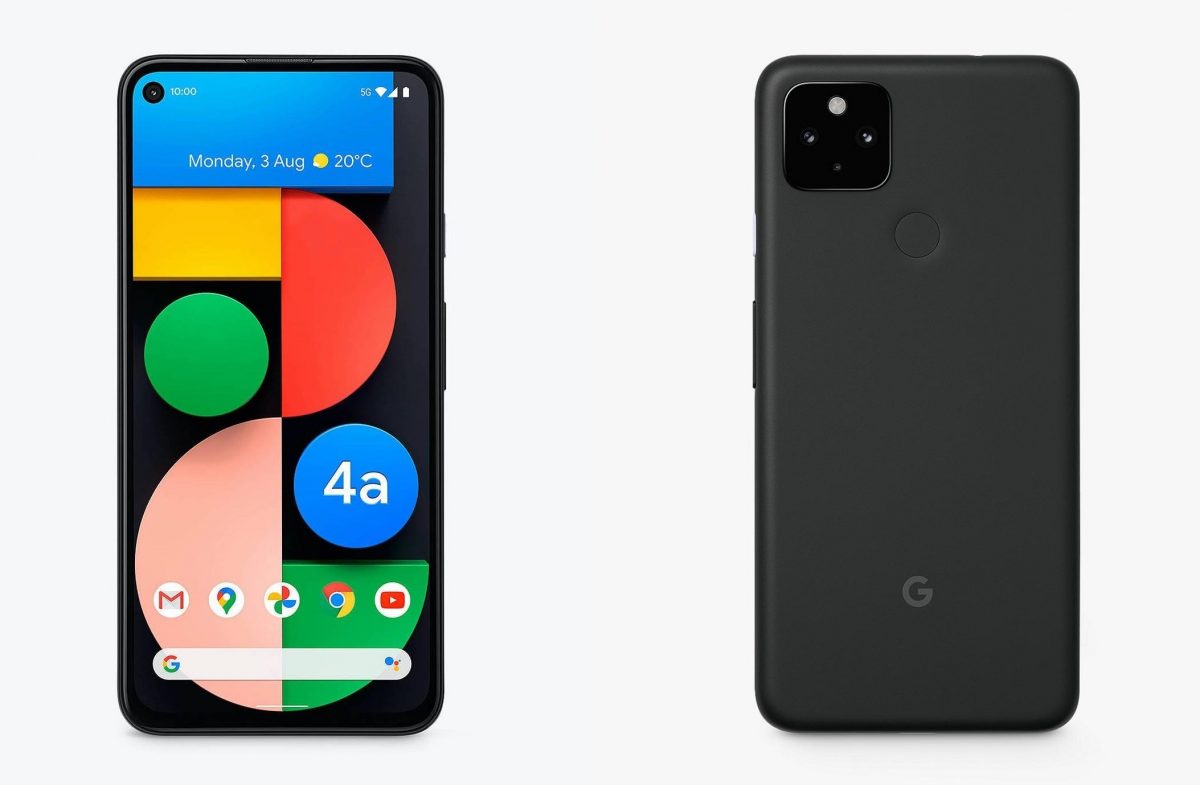 The Pixel 5 retains the 90Hz-refresh-rate, 6-inch, 2340×1080 OLED display (19.5:9 aspect ratio) introduced with the Pixel 4, as well as the Pixel 4’s rear-facing 12.2-megapixel and 16-megapixel cameras. (The 16-megapixel camera might have an ultra-wide lens, rather than the Pixel 4’s telephoto lens.) As for the front-facing camera, it’s a single 8-megapixel wide-angle affair. There’s a fingerprint sensor on the rear of Pixel 5, harkening back to the Pixel 3, and Google has ditched the Pixel 4’s gesture-sensing Soli radar in favor of a streamlined design.

Other Pixel 5 highlights include IP68-rated water- and dust-resistant casing, sub-6GHz 5G compatibility, and 18W USB-C charging and wireless charging. There’s also Hold for Me, a Google Assistant-powered feature that waits on hold for you and lets you know when someone’s on the line. (Currently, Hold for Me is only available in the U.S. in English for toll-free numbers, Google says.) Google’s night shooting mode, Night Sight, now works in portrait mode; Portrait Light illuminates portraits even when they’re backlit; and Cinematic Pan creates a “sweeping” video effect by stabilizing and slowing down motion.

The Pixel 4a (5G) is a tad less exciting, but it sports a larger display than the Pixel 4 (potentially 6.2 inches versus 5.8 inches). It also shares the Pixel 5’s 2340×1080 resolution, processor, and cameras alongside a headphone jack, but at the expense of other components. The Pixel 4a (5G) makes do with a 60Hz screen refresh rate, 6GB of RAM, a 3,885mAh battery, and Gorilla Glass 3 instead of the Pixel 5’s Gorilla Glass 6, with no IP rating for water or dust resistance.