Wanna get some custom images into Animal Crossing: New Horizons? Here’s how you do it.

You’ve probably seen quite a few players with custom designs for their clothes and homes. There’s an in-game app that lets you painstakingly create little 32×32 pixel images, but there’s an even easier way to get custom images into Animal Crossing: New Horizons, and that’s to use this handy website.

It’s called ACPatterns.com, and it basically lets you turn any image you want into a QR code that can be imported into New Horizons. Here’s how it works.

First, you need to find an image you want to convert. While you can technically convert any image you can find, the fact that the site converts that image down to just 32 square pixels means you’ll have better success if you choose a smaller image rather than a larger one. Big pictures just tend to look like a blurry mess. 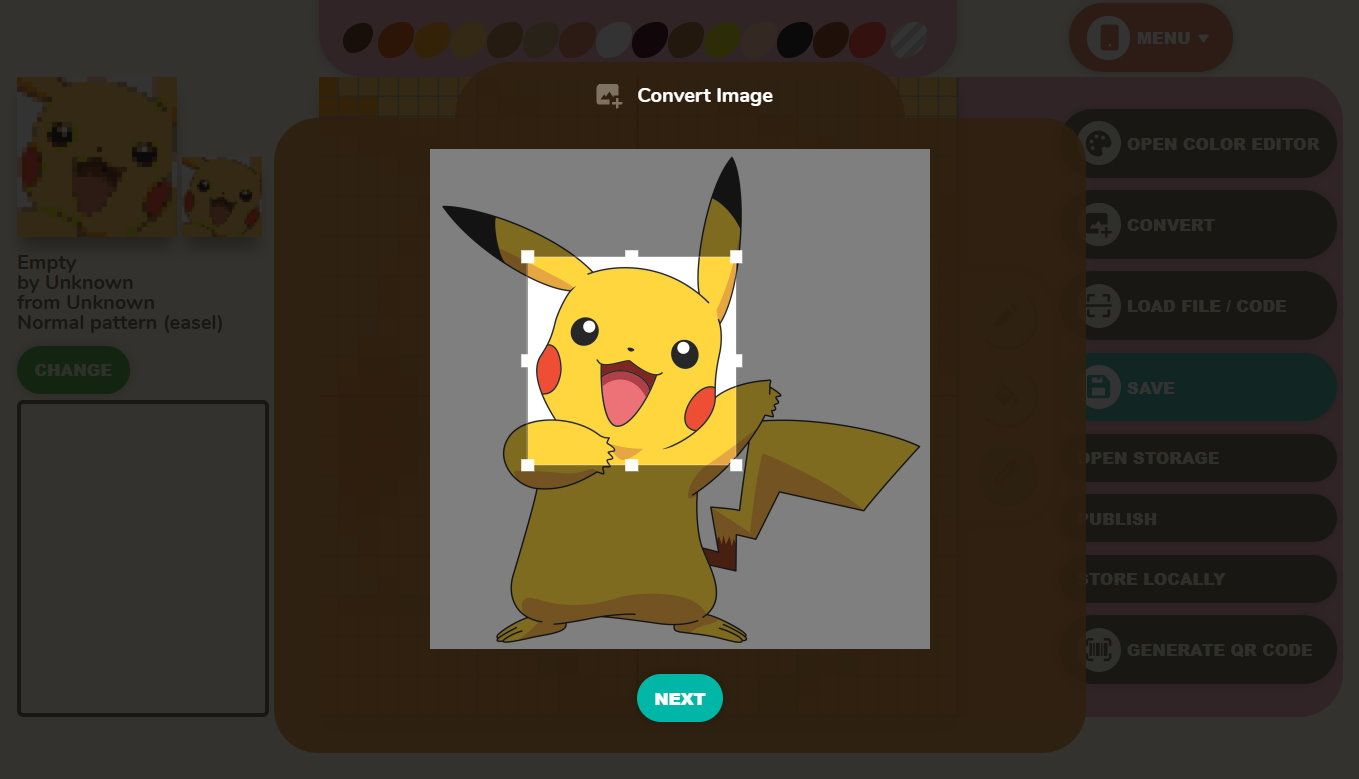 Also, Animal Crossing has a limited color palette, so the fewer colors your image contains, the better.

We’ve selected a pretty basic image of Pikachu for our test image. Once you’ve got an image selected, click on the “Convert” button on the right-hand toolbar and then select the image you’ve chosen. You’ll then have the opportunity to crop the image down. Since the image started at 1000×1000 pixels, simply converting the whole image won’t work very well. Instead, we’ll select a smaller portrait of Pikachu’s face and convert that.

After you hit “next,” you’ll have the chance to mess around with a few other settings that may or may not improve the image quality. Once you hit “convert,” the image is then turned into a 32×32 grid of pixels that can be used in New Horizons.

Next, you’ll need to import the image. To do that, you’ll need the Nintendo Online App and have it linked to your Nintendo Account. Then hit “Generate QR Code” in the lower right-hand corner to bring up your image next to a QR code. In the Nintendo App, head to Animal Crossing‘s Nook Link, go to “Designs,” and then “Scan QR Code.” You’ll then be able to use your phone’s camera to scan the QR code. Once done, simply hit “save” and it will be uploaded to Nintendo.

Finally, you’ll need to download the image to your copy of New Horizons. To do that, head to Custom Designs in New Horizon‘s menus, then hit the plus button to download your picture. Once downloaded, just select which slot you want to save the image in, and you’re good to go.

Now you can use this custom image for all sorts of things, including easels, dresses, shirts, hats, and as a tile for your floors and walls.

Sims 4 Is Getting Aggressive With DLC

Cyberpunk 2077 – How To Get The Fastest Car And Bike

Aghanim's Labyrinth: The best combination of heroes to win it all