Breeds in Biomutant are similar to races in other RPGs. Each breed comes with its own set of attributes that play a significant role in your playstyle. While all Breeds can use every weapon and skill in the game, some are more suited towards specific abilities than others.

Before creating your character, take a minute to familiarize yourself with all available breeds and the advantages they bring to the table. From Primal and Dumdon to Rex and Murgel, here’s everything you need to know about Breeds in Biomutant. 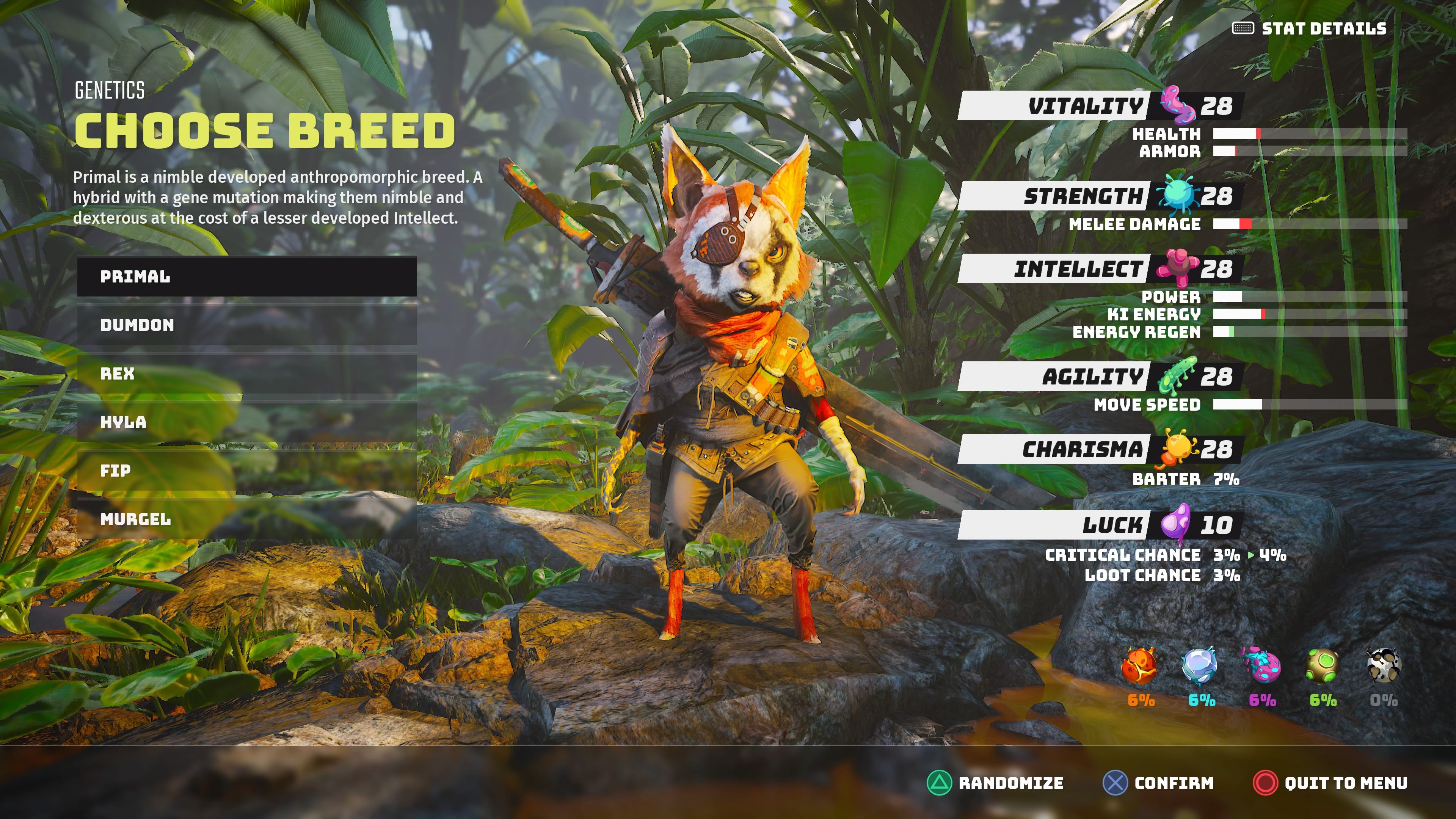 This nimble class makes a lot of trade-offs for improved Critical Chance and faster Energy Regen. Primal characters will see reductions in most other stats – although it’s still a viable breed for players seeking a fast-paced build.

While you won’t have much success with melee-builds, Primal characters can still find incredible success with Ranged Weapon builds. To that end, both Dead-Eye and Commando classes are a solid choice. 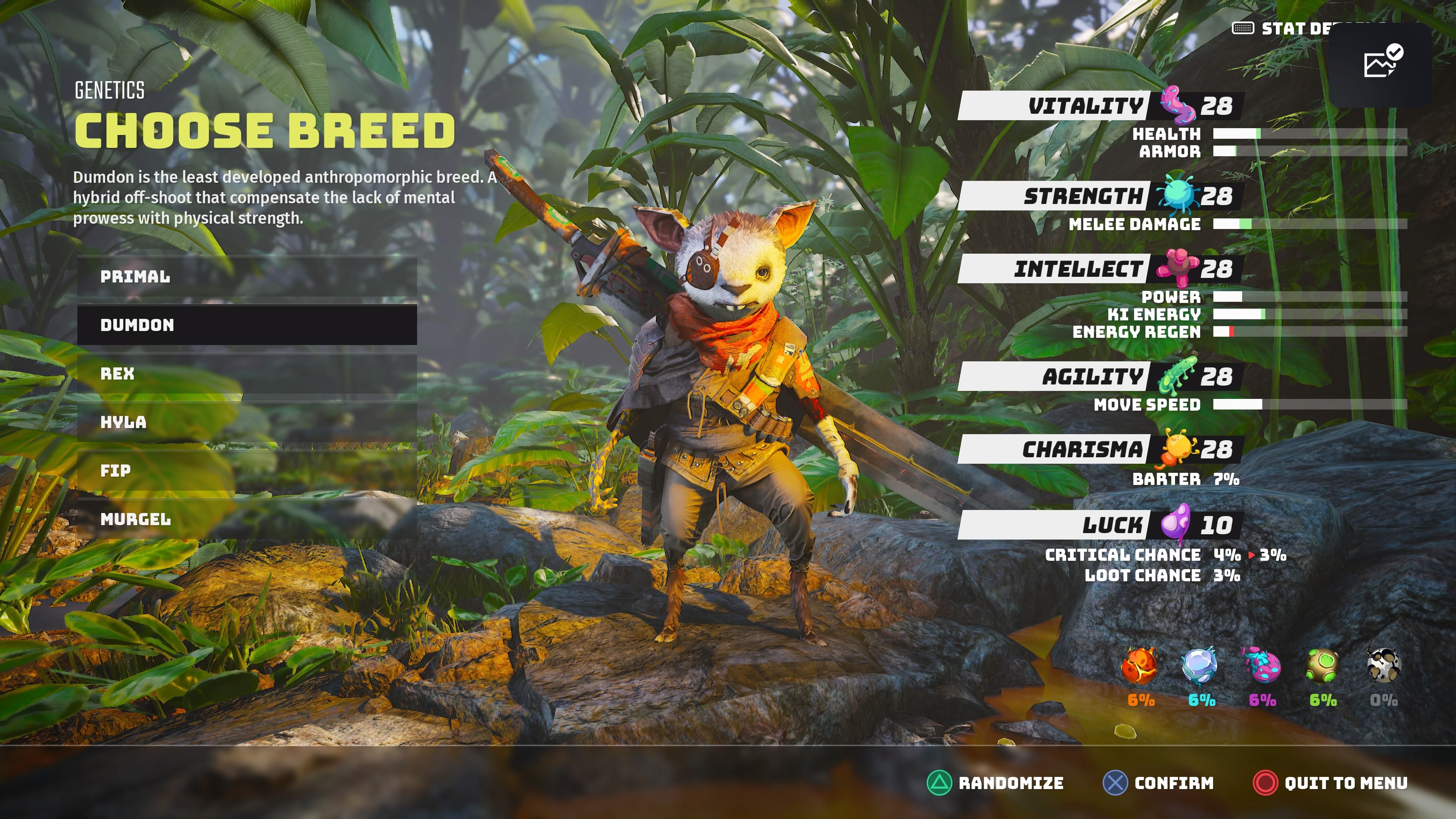 Despite its name, Dumdon aren’t that dumb. They’re not bright, mind you, but they’re still a solid choice for intelligence-based classes. Their true strength, however, is Melee Damage – although that strength is partially offset by reduced Critical Chance.

Saboteur is a great fit for Dumdon, although they’re a surprisingly well-balanced breed that fits in with most builds. 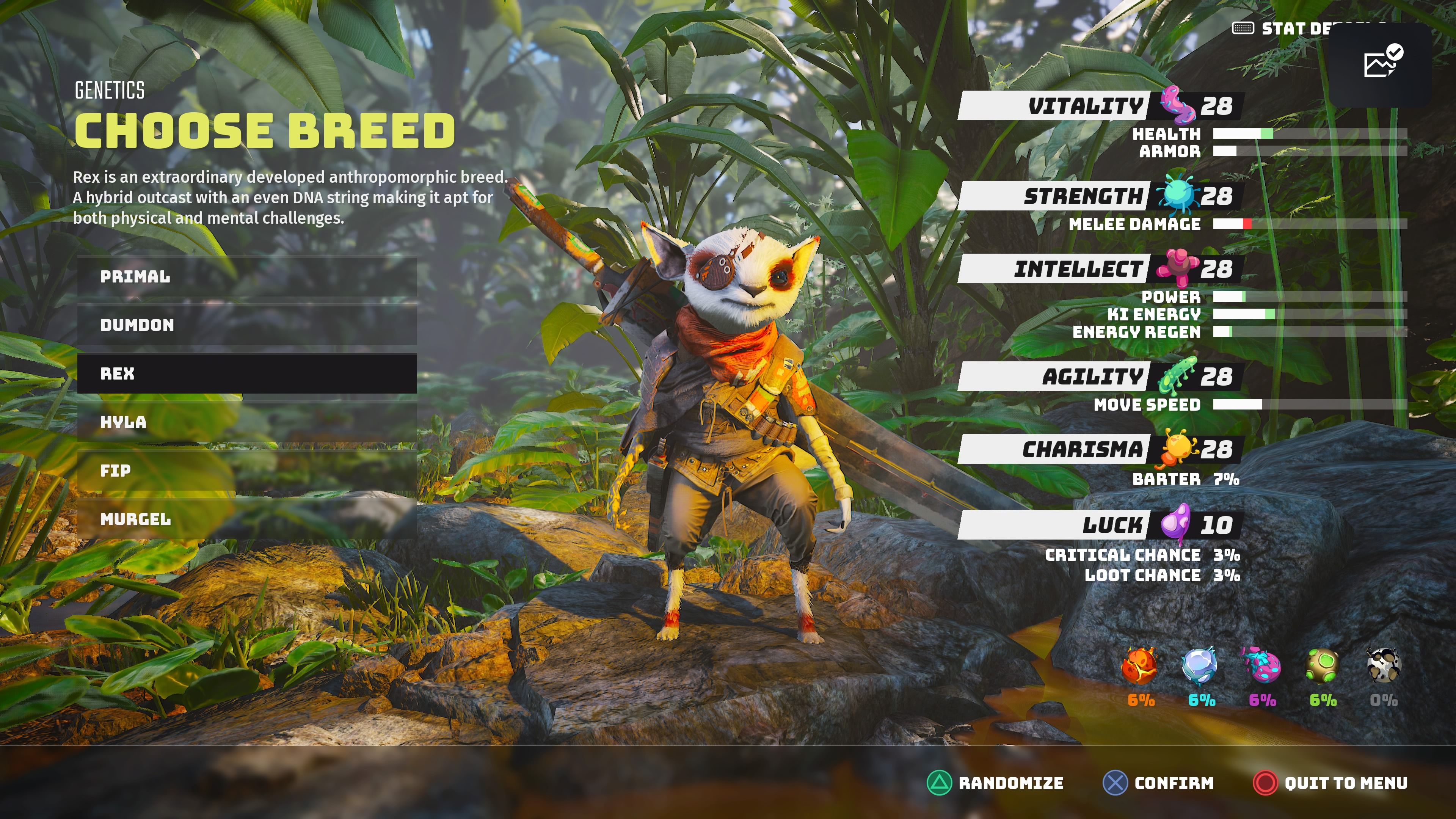 If you’re not sure which playstyle you’re leaning towards, the Rex breed is arguably your best option. This jack-of-all-trades isn’t particularly good at anything, but isn’t noticeably bad at anything, either. You’ll lose a bit of Melee Damage as a Rex, but gain a bit of Ki Energy and Power in return.

As a well-rounded breed, most classes are a good fit for Rex. The only one you might want to pass on is Saboteur, due to its reliance on melee skills. 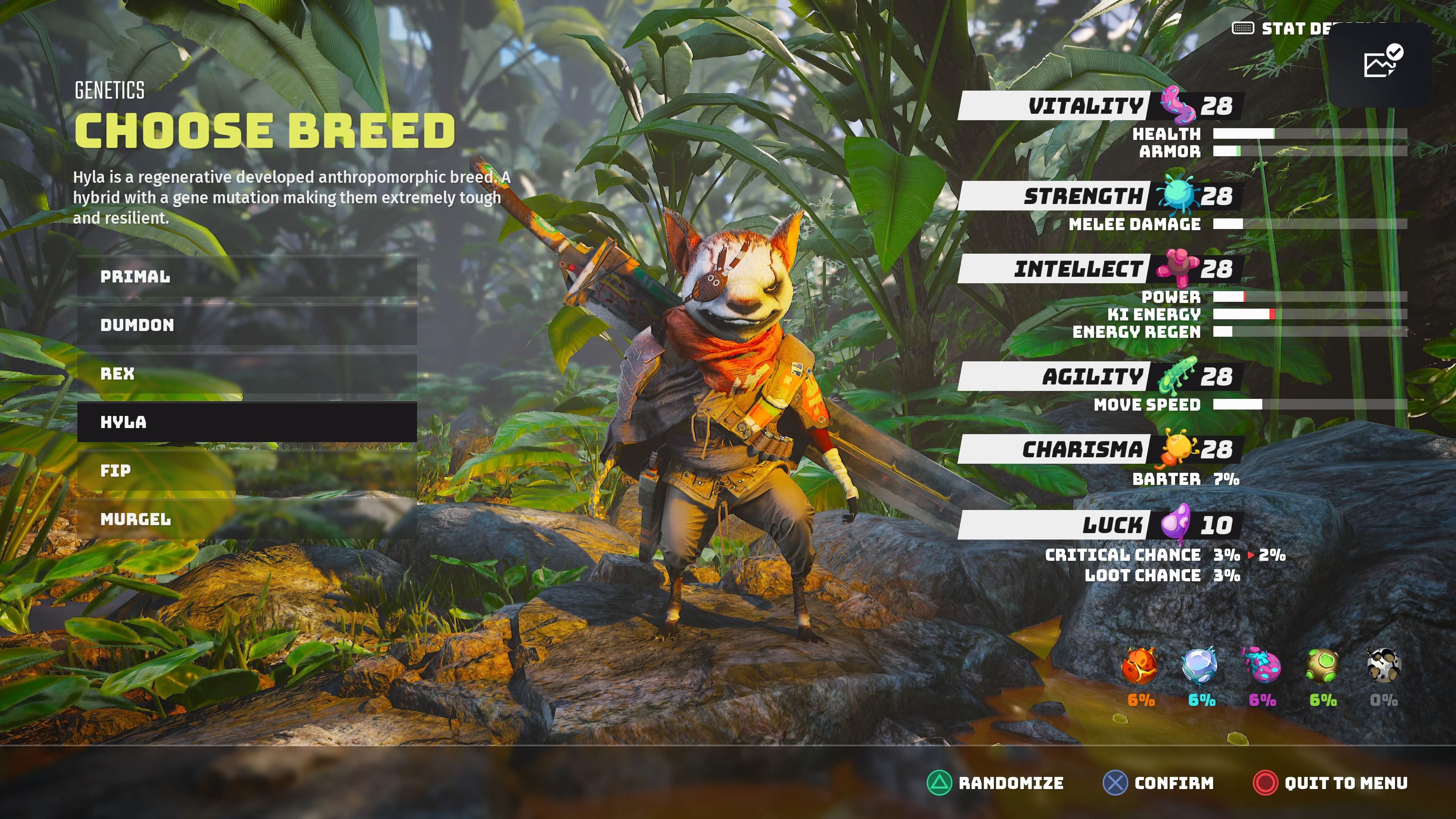 Getting up close and personal is a specialty of the Hyla breed, as it’s the “tankiest” class of the bunch. Trading in some Intellect for more armor, it’ll take a serious punch to knock them out of a fight.

Thanks to its increased resilience, Hylas are a perfect match for melee-based classes such as Saboteur. Ranged classes such as Sentinel and Dead-Eye could also be a good fit, although the reduced Critical Chance doesn’t fit all ranged playstyles. 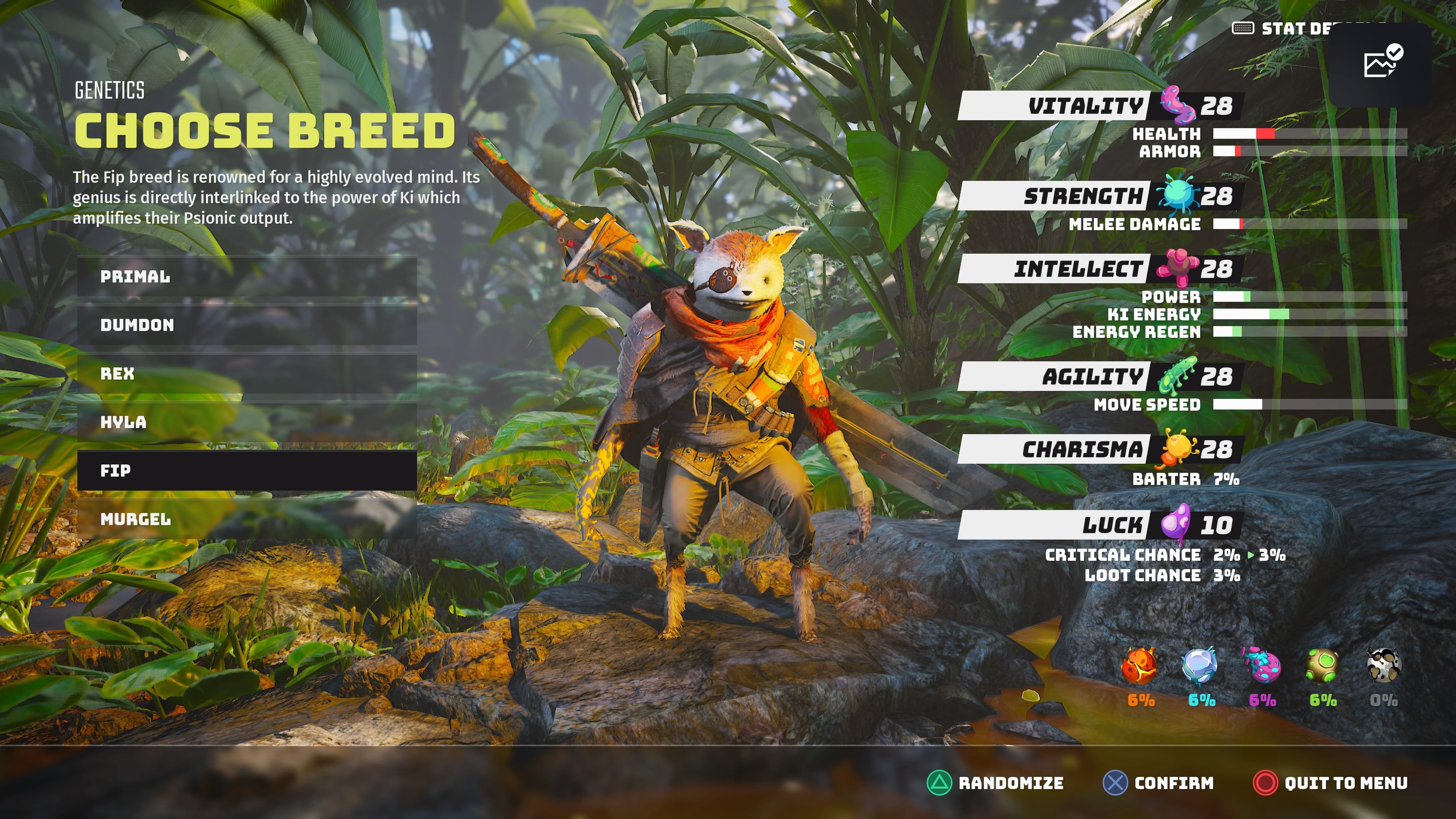 Arguably the smartest of the breeds, the Fip class makes up for poor Health and Armor stats with a massive boost to its Intellect. If you’re seeking a breed that’s fit for a magic-based build, look no further than the wise Fip.

The Fip breed pairs well with the Psi-Freak class, leveraging its increased intellect to cast devastating Psi Powers without draining their Ki Energy. 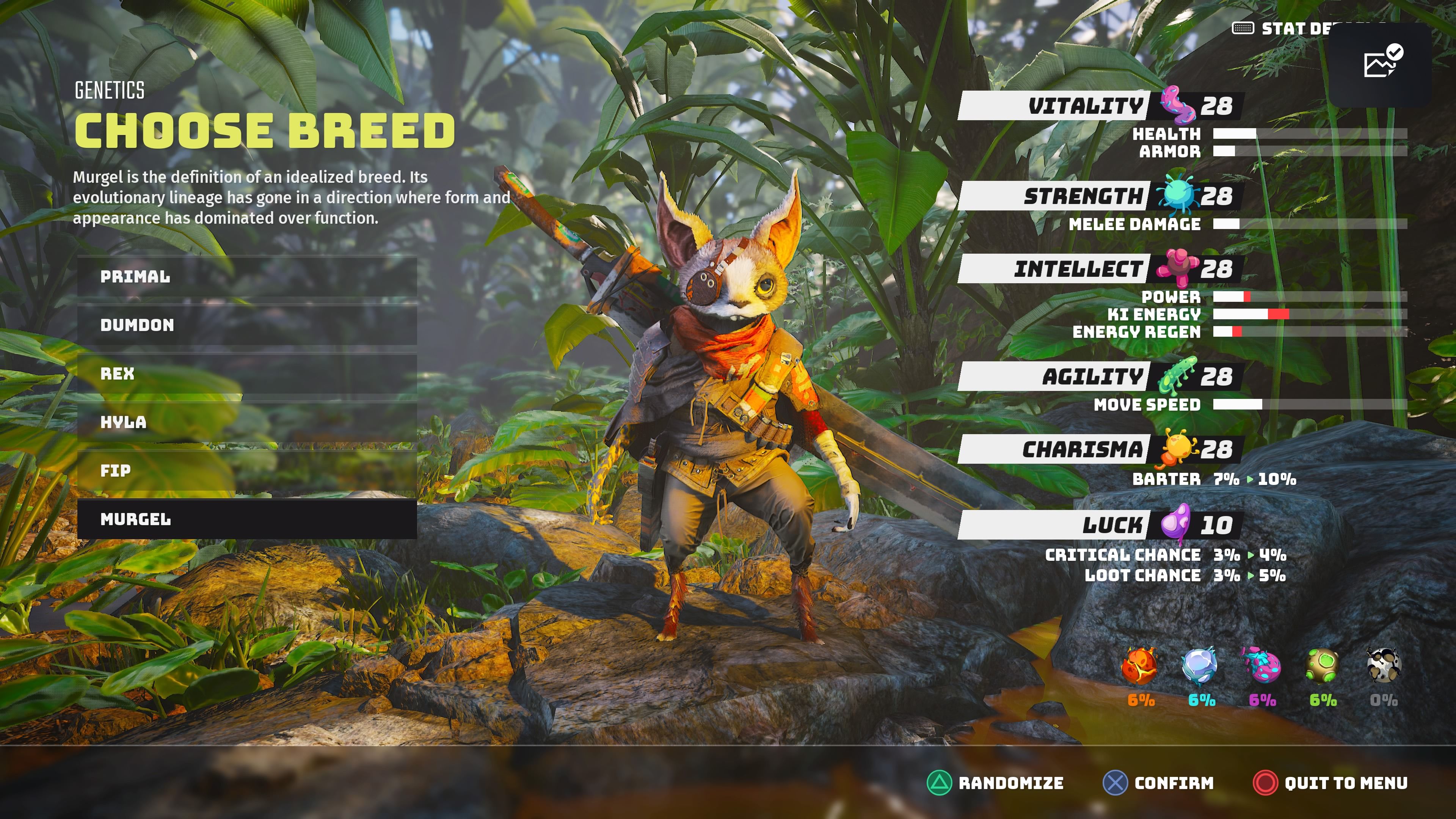 Murgel‘s aren’t the brightest of the bunch, although you’re not likely to find a more charismatic beast anywhere in Biomutant. Anyone looking to do a bit of bartering – or anyone who loves maxing out their Luck stat – will want to take a closer look at the underrated Murgel.

Murgel’s are a good fit for classes that don’t rely on Intellect-based skills. In particular, they can excel at ranged classes such as Commando or Dead-Eye. 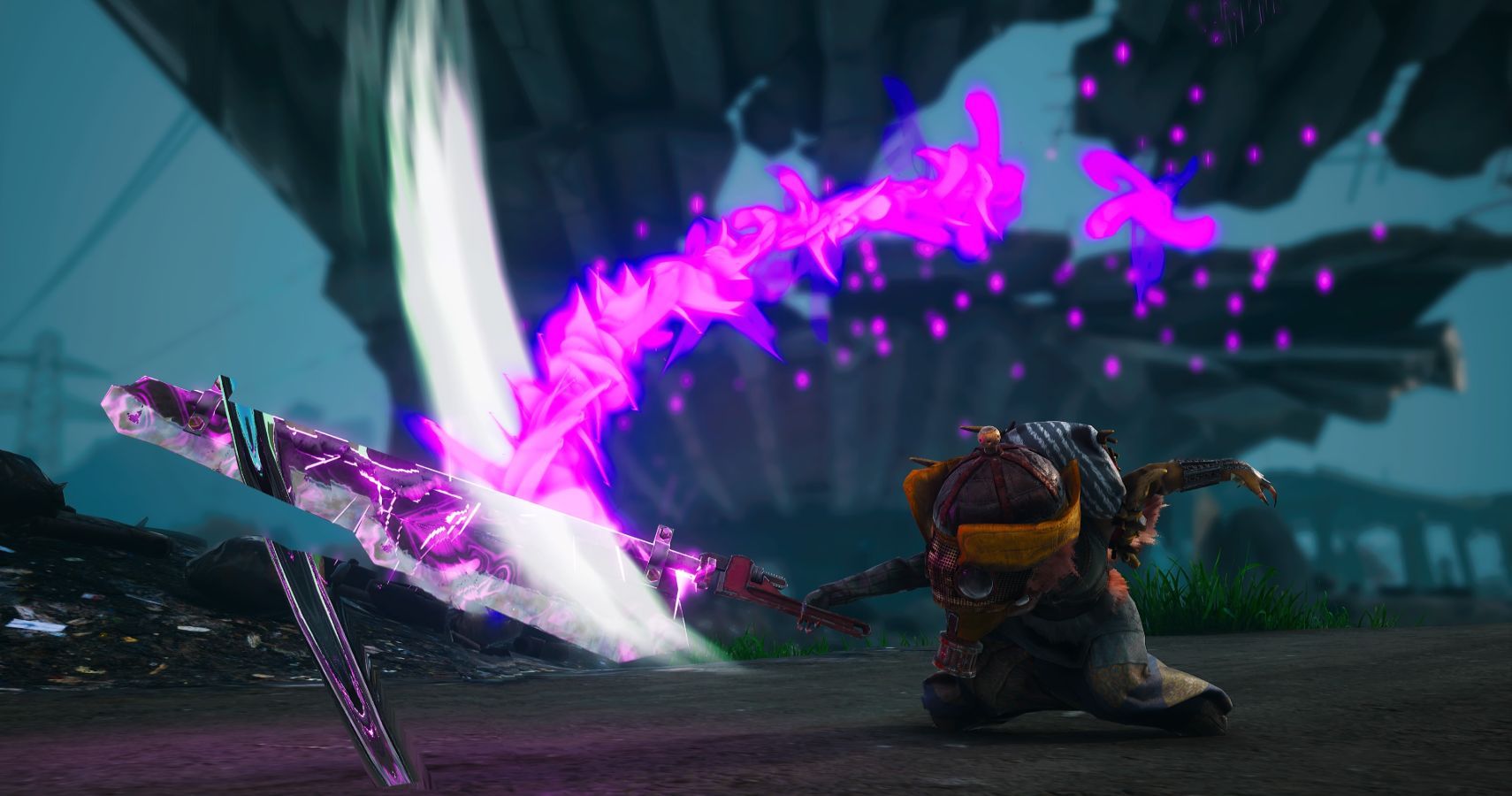 Regardless of your breed, Biomutant will let you use every single weapon and skill in the game. Of course, you probably won’t want to spend too much time at close range as a Primal, but you still have the option to upgrade your Strength and use two-handed slash weapons.

WWE 2K22 gameplay: 10 reasons why ‘stunning’ release could be best wrestling game yet

Warframe: Everything We Know About The Angels Of The Zariman Update

5 Games To Play If You Loved Norco