The Shattered Throne is the first dungeon introduced in Destiny 2. Found in the Dreaming City, this dungeon tasks Guardians with slaying Dûl Incaru before the Dreaming City curse consumes the entire region. Defeating her is the in-game explanation for why the curse resets every three weeks.

Besides the amazing spectacle of this dungeon, players will want to best the Taken enemies within for high-stat armor and reprised Dreaming City guns. Waking Vigil, Retold Tale, Sleepless, and Vouchsafe are all weapons that drop from this dungeon with new perks and a higher infusion cap. Here’s a complete guide to besting Destiny 2’s first dungeon. 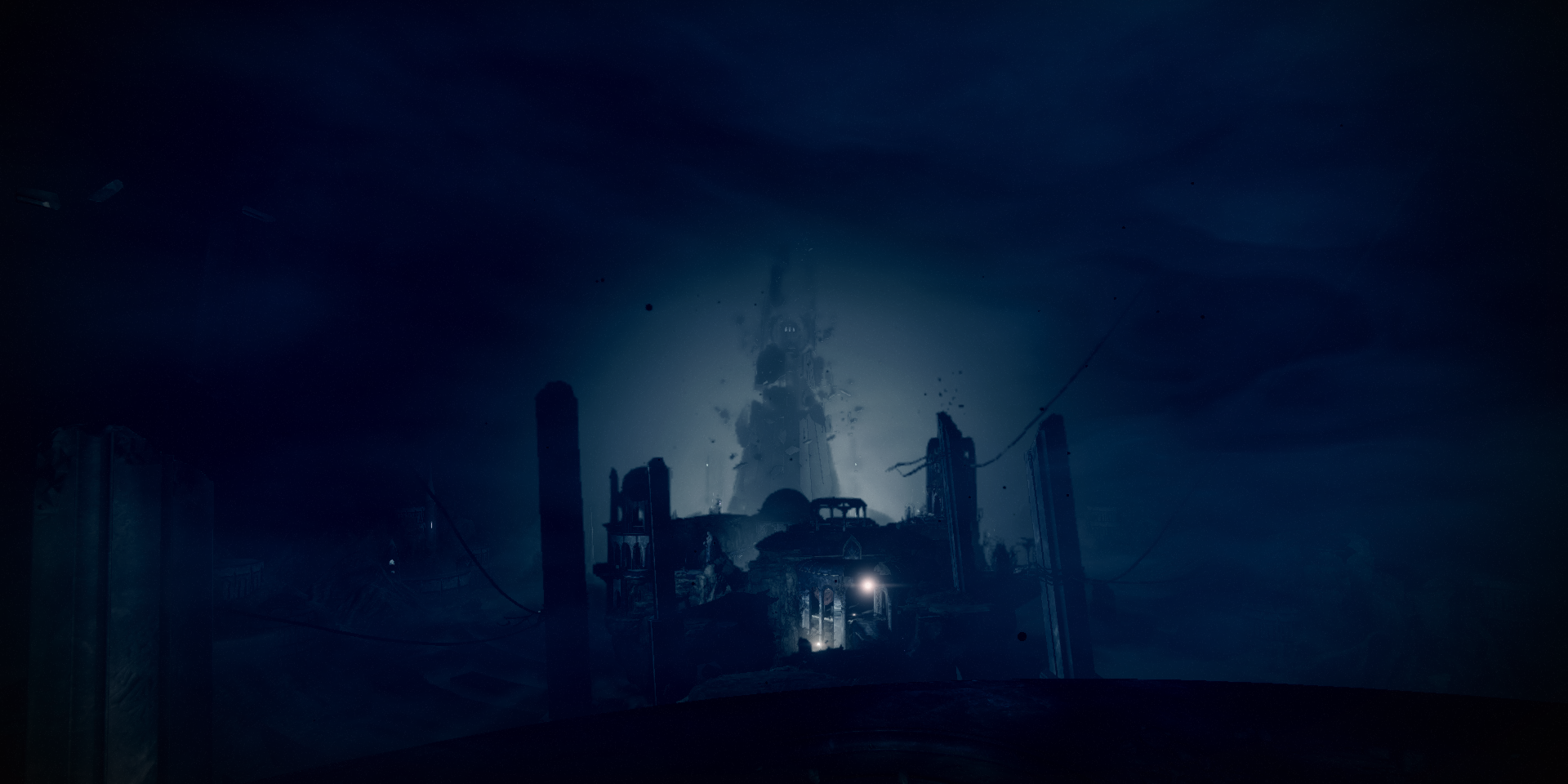 Fireteams will start the Shattered Throne dungeon just outside of the first encounter. Make your way to the Ascendant buildings on the other side of the map. You will have to take out a few Taken Acolytes and a Knight miniboss. Once they’re defeated, you will notice an image appear near the entrance to the opening encounter (shown below). Walk inside the building to start the first encounter. 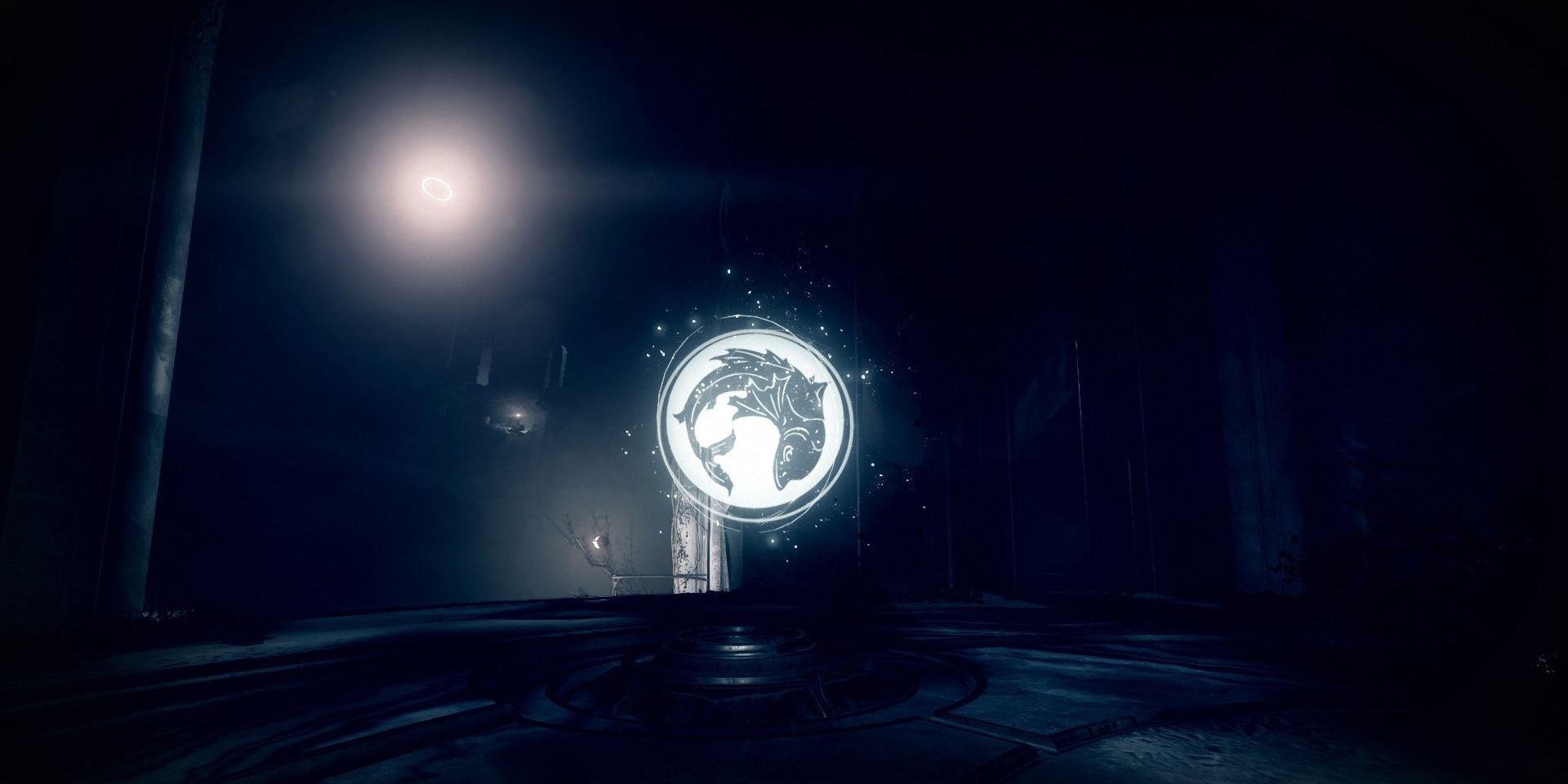 For this encounter, your fireteam must head to specific sections of the labyrinth and kill a miniboss. Every time you do this, an image will reveal itself. This image denotes where you need to go. You can find the first image at the start of the encounter where you fought the first group of Taken enemies.

To make navigating this encounter easier, consult the map below. You start at the bottom of the map. Credit to Imgur user superking101 for the map. 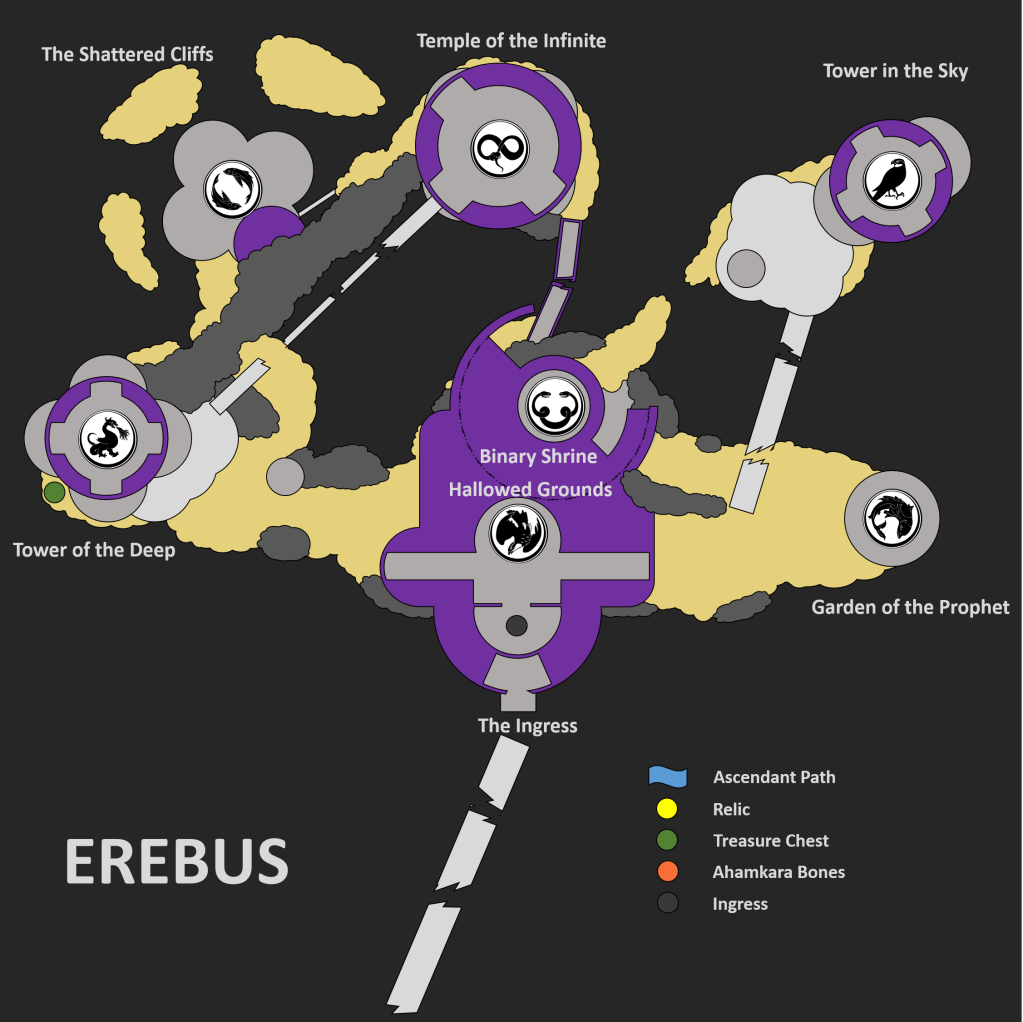 For example, let’s say you start with the “curled fish” image that we showed above. You would head to the right portion of the arena, then kill all of the enemies residing there. Once defeated, that area will project a new image.

Let’s say it projects the “infinity snake” symbol. That can be found at the top of the map, so you’d head to the top portion of the map and kill the enemies there. You’ll repeat this process until every zone has been visited. If you ever get lost, either refer to the map above or keep an eye on your radar for enemy pings. 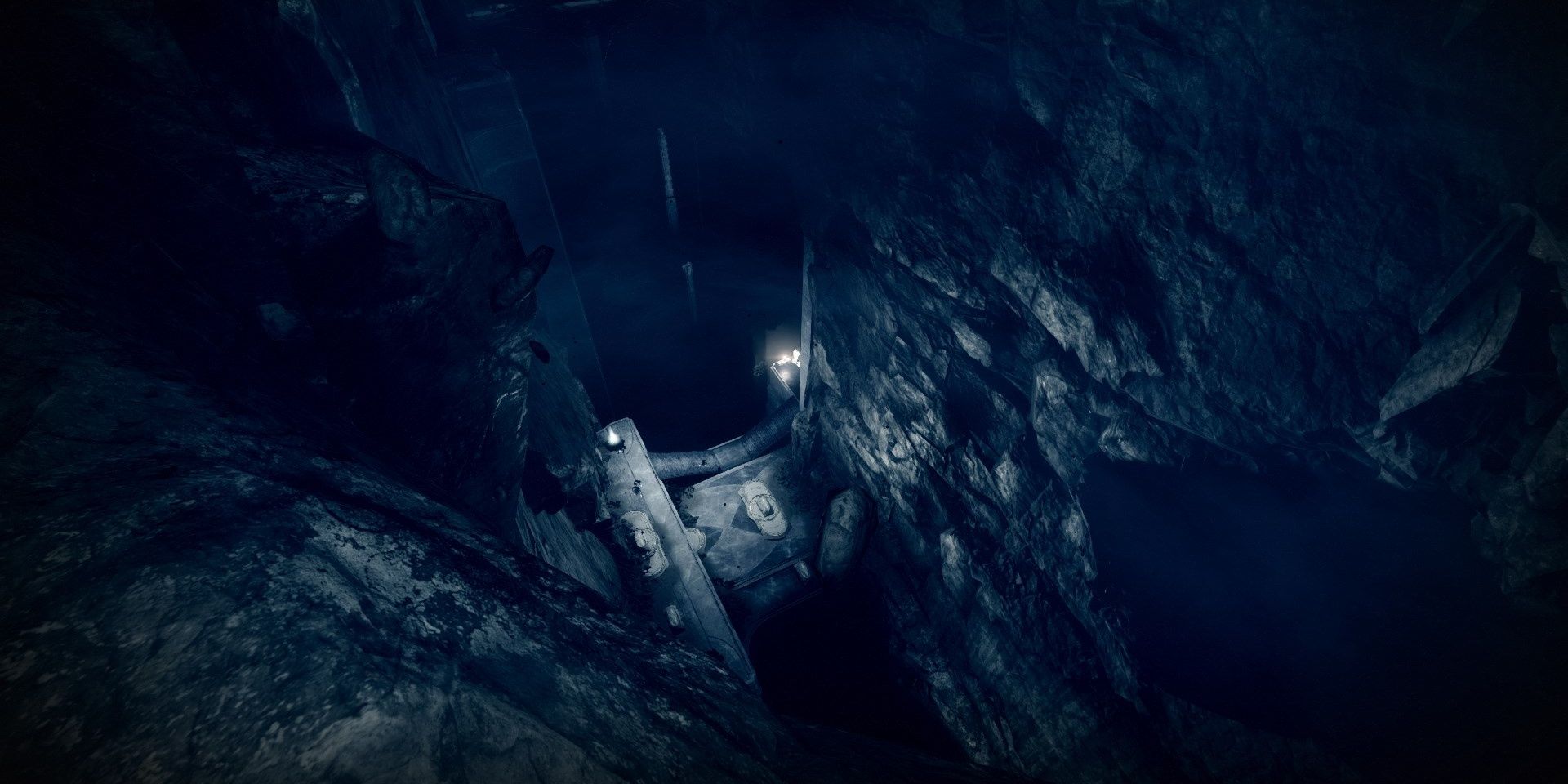 Players will stumble across the Descent as the next section. As the name implies, you’ll need to jump off of a cliff to progress. Typical Taken foes will be waiting below. Push through the enemies, climbing up a set of stairs that lead to a small platform. This platform will have a Taken Captain alongside a few Taken rank and file enemies. Take them out, then proceed to the bridge. 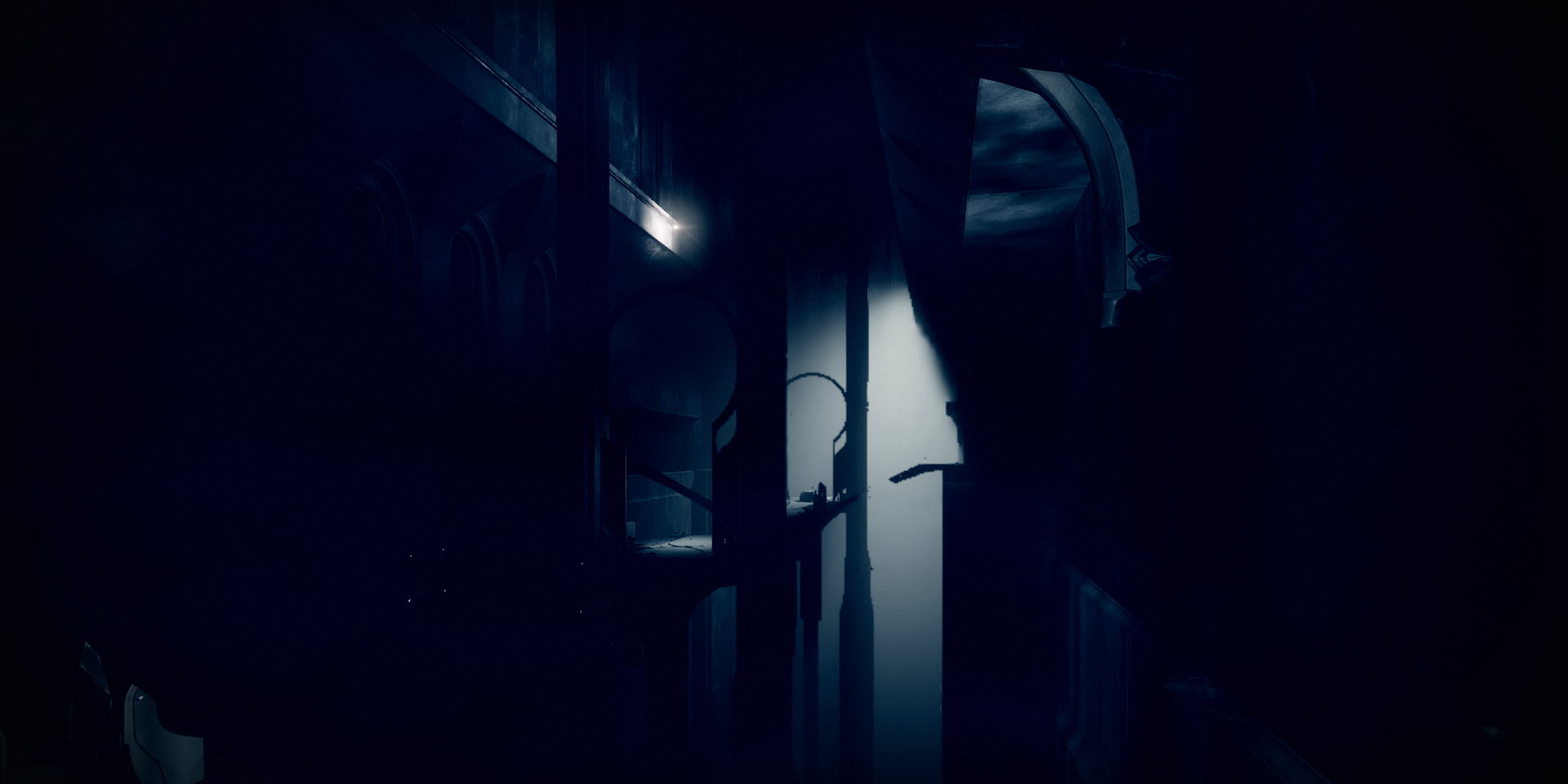 If you’re going for flawless, take this part slow. Along both sides of the room are Taken Hobgoblins and Knights that will snipe you from a distance. Use a Sniper Rifle to take them down. Taken Phalanxes will dot the bridge itself, attempting to push you if you get close. Stay near the entrance of the bridge, sniping all of the enemies you can. Once the coast is clear, push past the bridge to reach the next area. 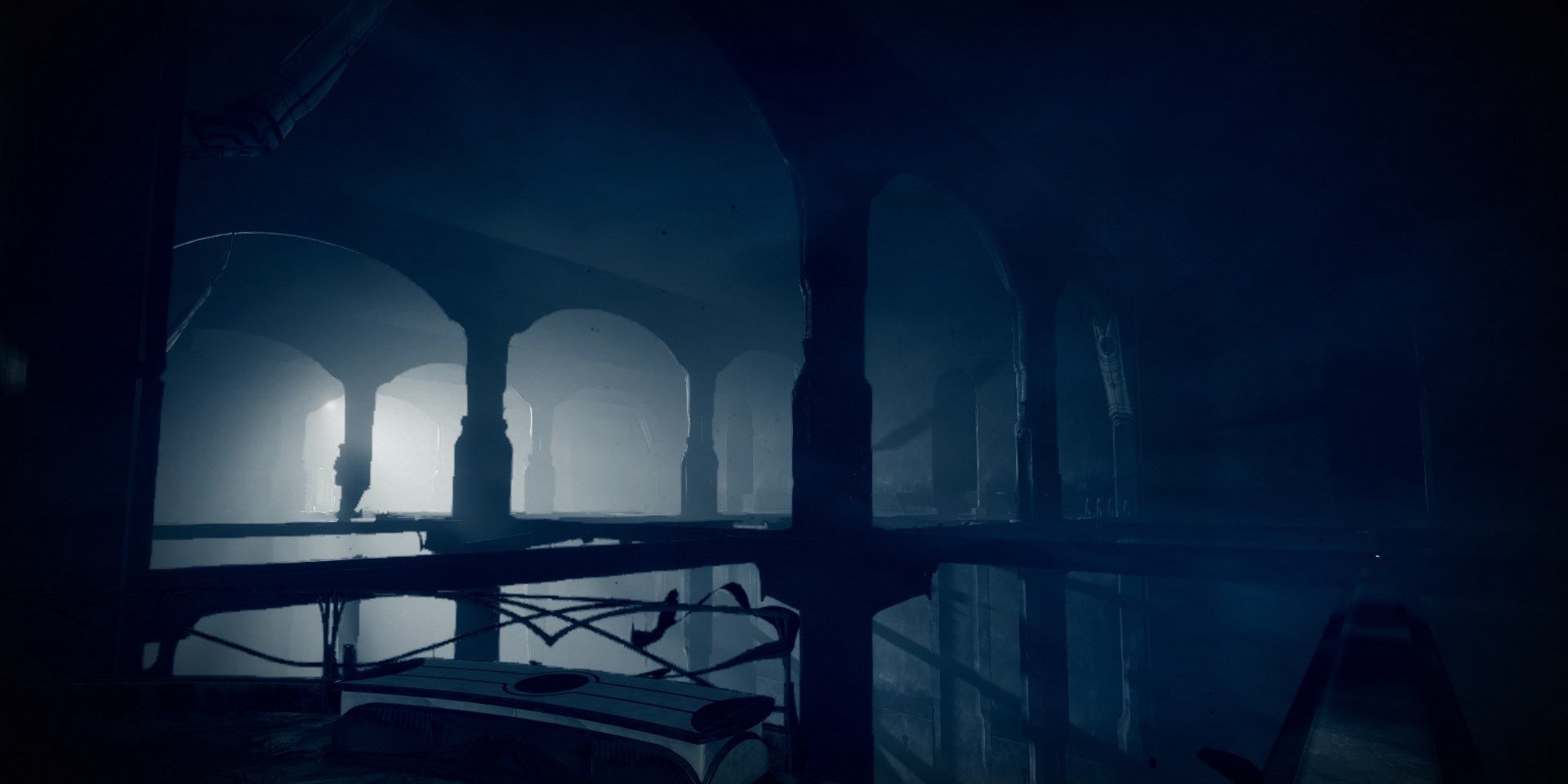 You must follow the narrow catwalks to the other end of the room, all while avoiding Taken Ogre projectiles. These projectiles will push you on impact, causing you to plummet to your death. Bring a long-range weapon to snipe the Ogres as they spawn. They will always spawn on the pillars connecting the room’s catwalks. Kill them as soon as they spawn. At the other end of the room is a hallway filled with Taken Thrall. 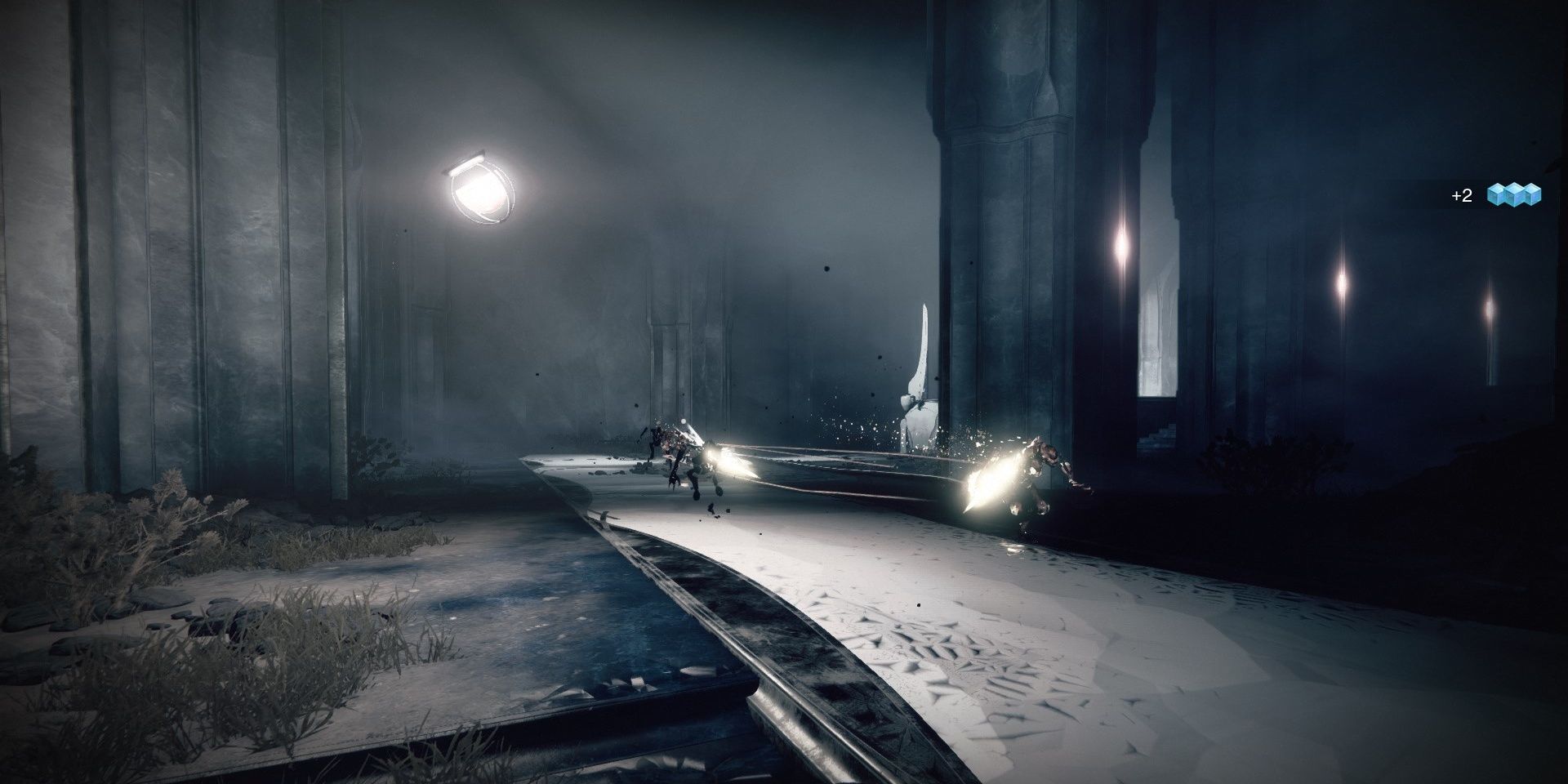 When you pass the fog gate entrance, you will lose your ability to sprint and use class jumps, glides, or lifts. An infinite number of Taken Thrall will begin to spawn, charging you from all angles. You must proceed to the end of the hall and jump off of a platform to progress. Use Trinity Ghoul, Warmind Cells, or any add-clearing weapon to quickly take out the Thrall. This is also a great place to farm kill objectives if you want to checkpoint this part of the dungeon. 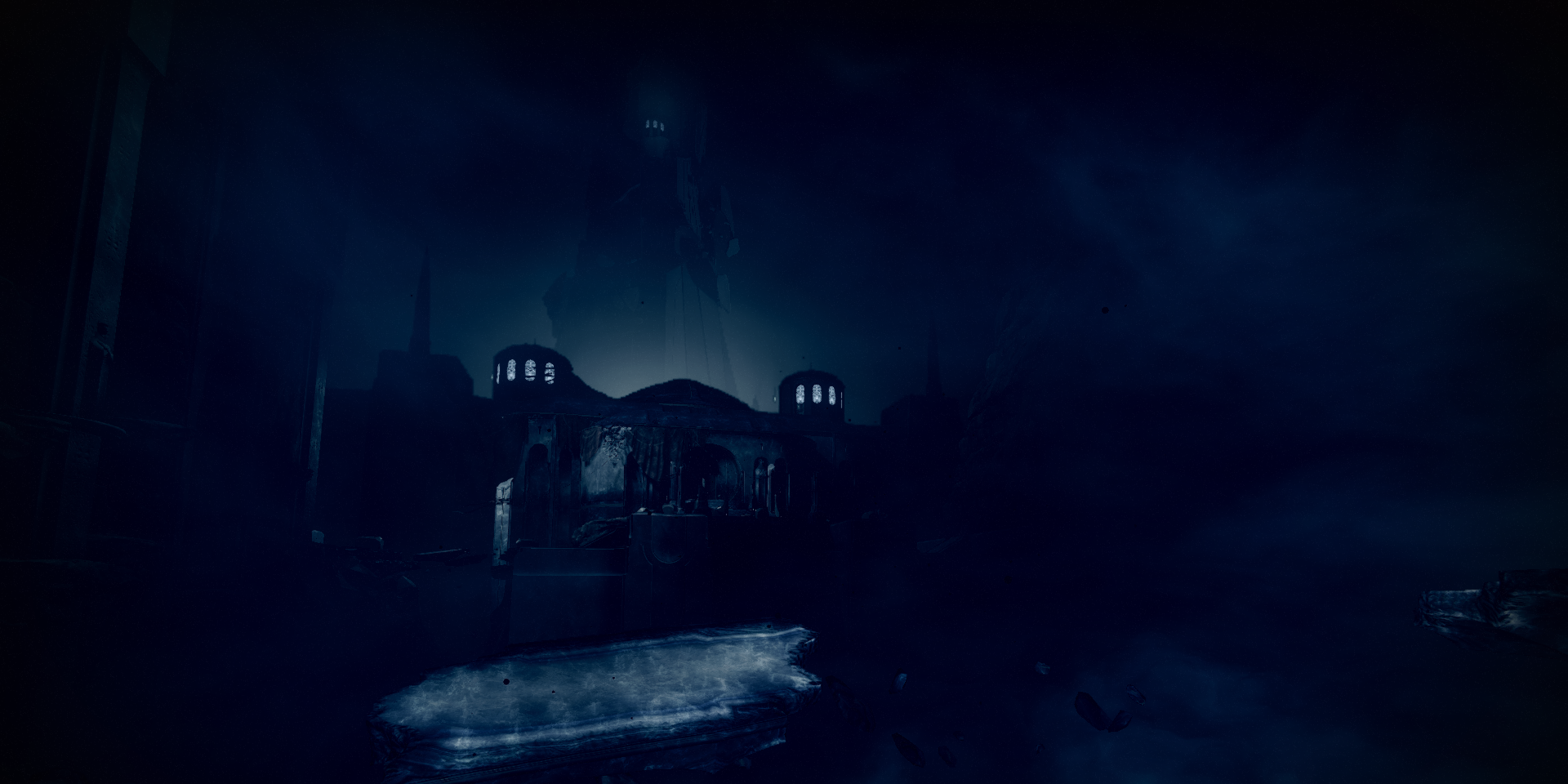 Past the hall will be an exterior section with Taken launch pads dotting the walls and Phalanxes guarding a building. Head to the building the Phalanxes are guarding, kill them, then head inside. At the end of the room will be Vorgeth’s boss arena. 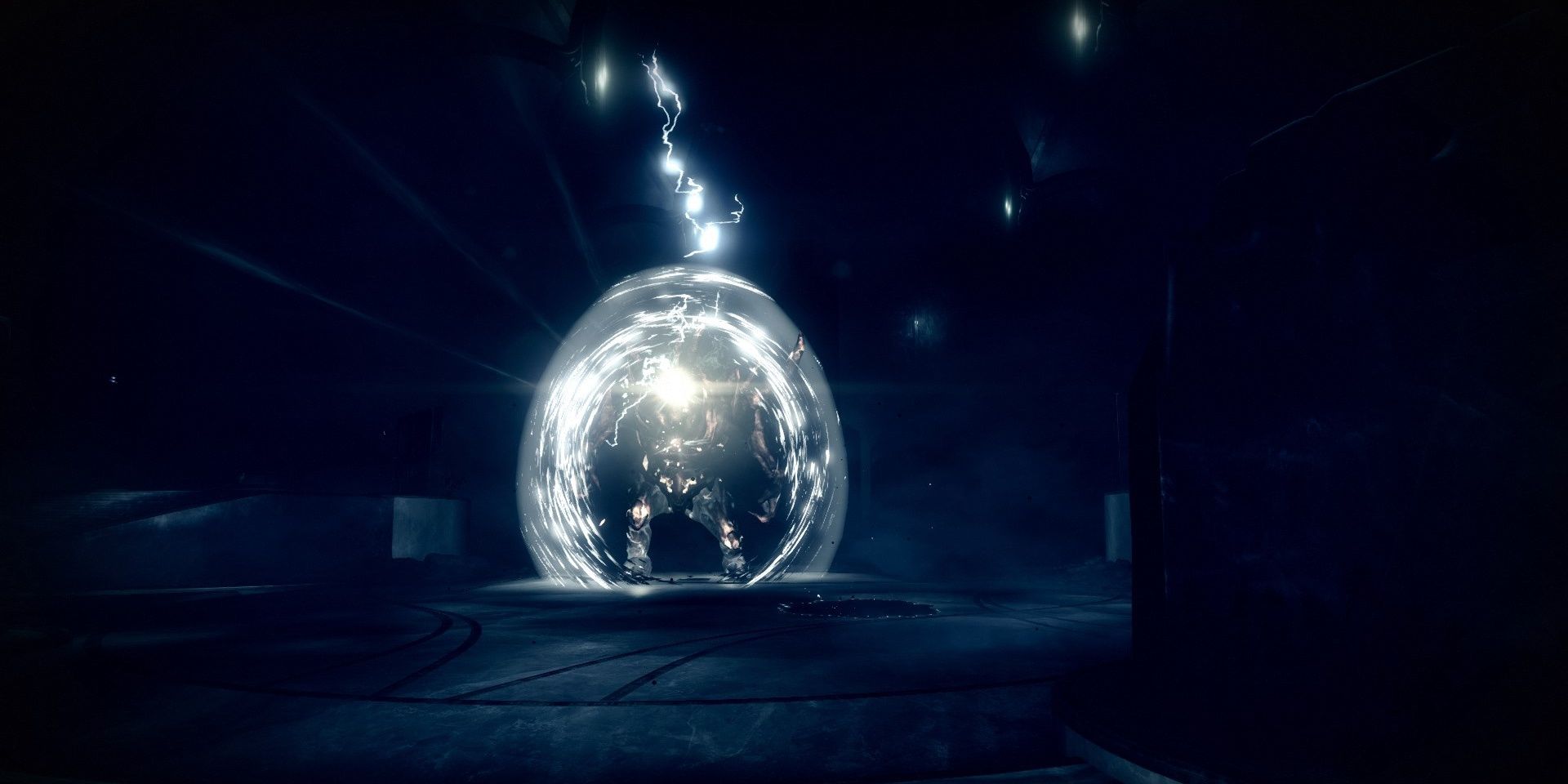 Vorgeth is a Taken Ogre boss that is immune to all damage. To remove his immune phase, you must defeat four Taken Wizards named “Keepers of the Petitions” on four sides of the room. Each Wizard you slay will drop a buff named “Petitioner’s Mark” that lasts 45 seconds. You must obtain four stacks of this buff by defeating all four Wizards in the room. Every time you grab a mark, the buff timer will reset.

After you obtain four stacks of Petitioner’s Mark, head to the center of the room. You’ll need to interact with one of four deposit stations to “dunk” the buff, removing Vorgeth’s shield. You will now have around 30 seconds to damage Vorgeth as much as possible. Partway through this damage phase, Vorgeth will release a dozen projectiles from its back that can easily kill you. Destroy the darts, then focus on damaging Vorgeth once more. If you can’t kill the boss in this window, you’ll need to defeat four Wizards again to strip its shield. You have four tries before you automatically fail the encounter.

Those in a fireteam should designate one player to damage the projectiles that come out of Vorgeth’s back. This will allow the other two teammates to safely kill him. Alternatively, deploy a Ward of Dawn Super. Swords are fantastic for this encounter, particularly Lament. Three players and a Ward of Dawn can easily one-phase Vorgeth.

Solo players that want to go flawless can use Anarchy or Witherhoard to deal constant damage to Vorgeth. Defeating the Wizards can be tricky if you’re solo, so it’s a good idea to bring Warmind Cell mods or use damage resistance mods. Rat King is also a good choice here since it heals you and makes you invisible. 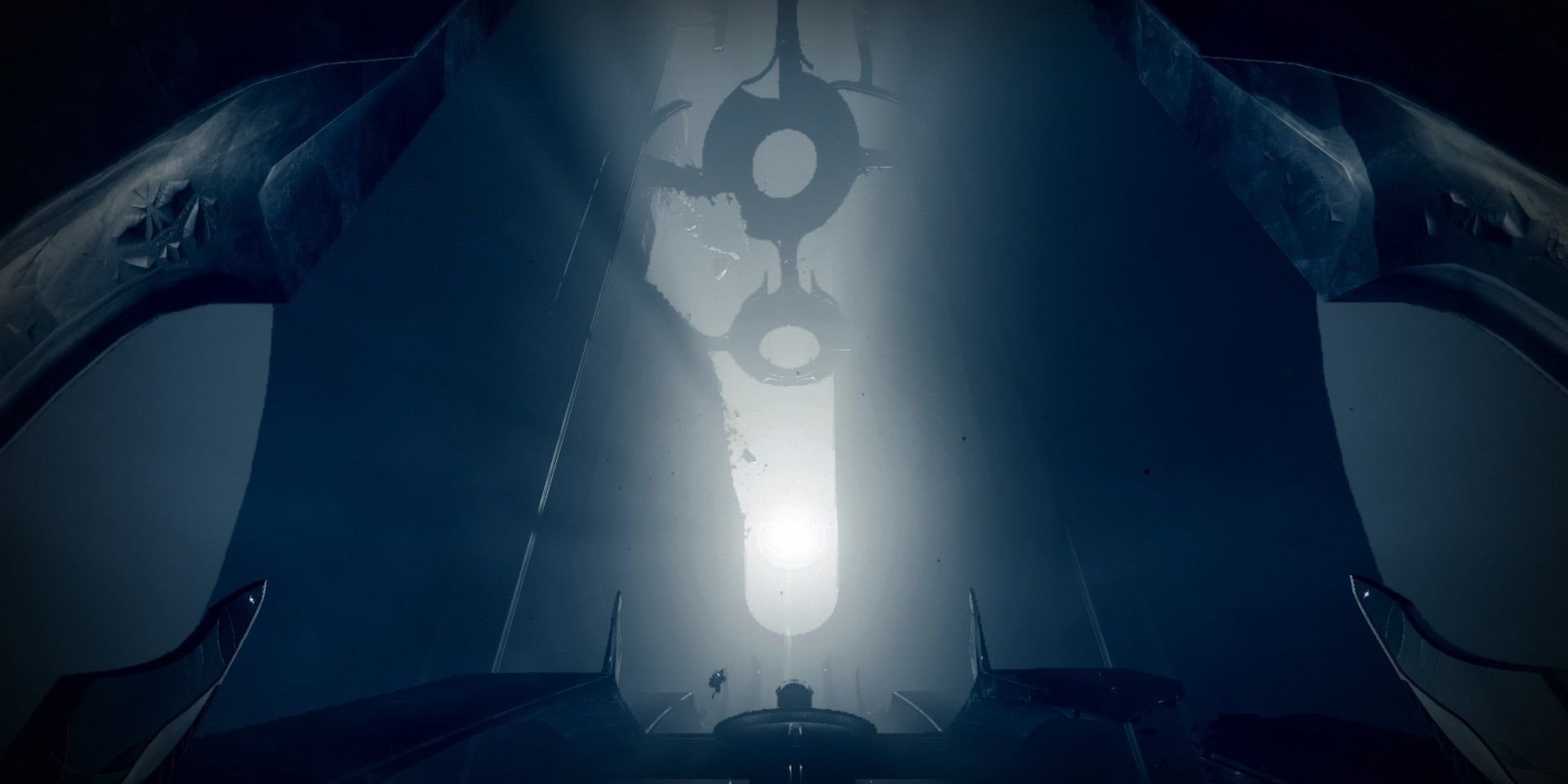 As you leave Vorgeth’s arena, don’t forget to speak to the Awoken statue if you haven’t yet. This statue grants the quest for the Wish-Ender Exotic Bow. Past the statue is a gravity lift that is guarded by four Wizards. Kill the Wizards, then head up the lift. Your goal is to head up any gravity lift you see. Follow the linear path to reach the boss.

Before you reach Dûl Incaru, you’ll come across a hallway filled with Taken Thrall. These enemies will spawn indefinitely, making this a fantastic place to farm Exotic Catalysts and kill bounties. Consider saving a checkpoint of this area if you need a kill farm. Past that room will be an exterior section where you’ll need to stick next to a tower wall. At the end of the path is a short elevator section that takes you to the final boss: Dûl Incaru, the Eternal Return. 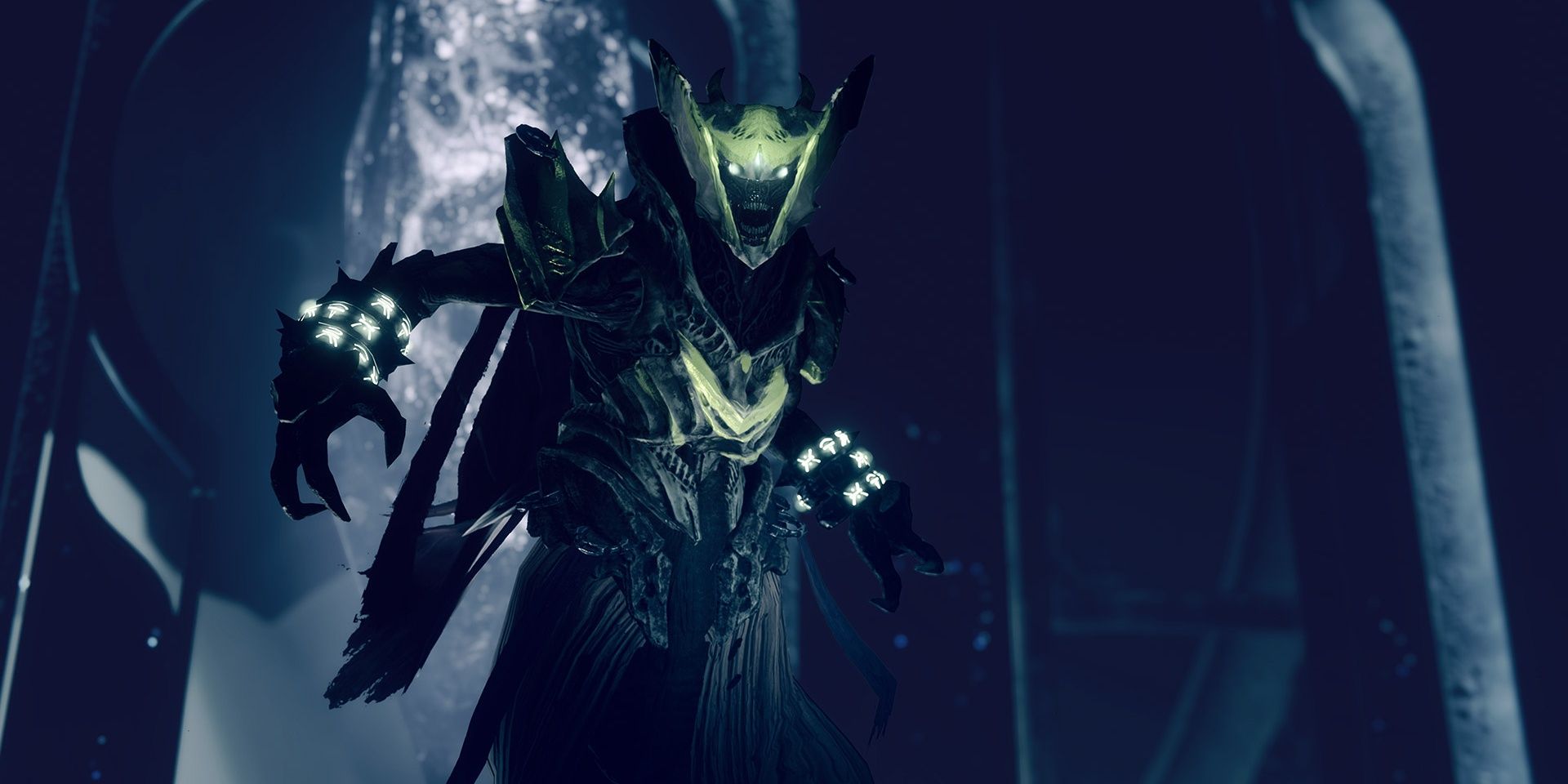 Dûl Incaru is the final encounter in the Shattered Throne dungeon. To beat her, you must obtain stacks of “Finite Thoughts” from Abyssal Champions. There are three in the arena, meaning you can obtain up to three stacks simultaneously. You only need one or two stacks to kill Dûl Incaru, however.

When the encounter begins, use any abilities that can slow, tether, or weaken the Abyssal Champions. Nuke them with any weapons you have. If you can’t kill them fast enough, they’ll despawn for a short time before returning. Taken Psions will also flood the arena from two side alcoves. Use a Shadowshot Super or any Stasis abilities to clear them out. Warmind Cells work too.

Once you obtain stacks of Finite Thoughts, damage Dûl Incaru. Partway through the damage phase, she will create a crystal behind her. You’ll need to destroy the crystal before you can damage her again. If you can’t kill her in one damage cycle, you must purge your Finite Thought stacks by standing in the well at the center of the arena; if the buff expires, it will kill you.

Virtually every Heavy weapon is good against this boss, especially Lament and any Rocket Launcher. If you are a solo player, bring Warmind Cell mods to clear out the Psions as fast as possible. From there, focus on killing the Knights with any high-damage weapons you have. Grab the buffs, then kill the boss. 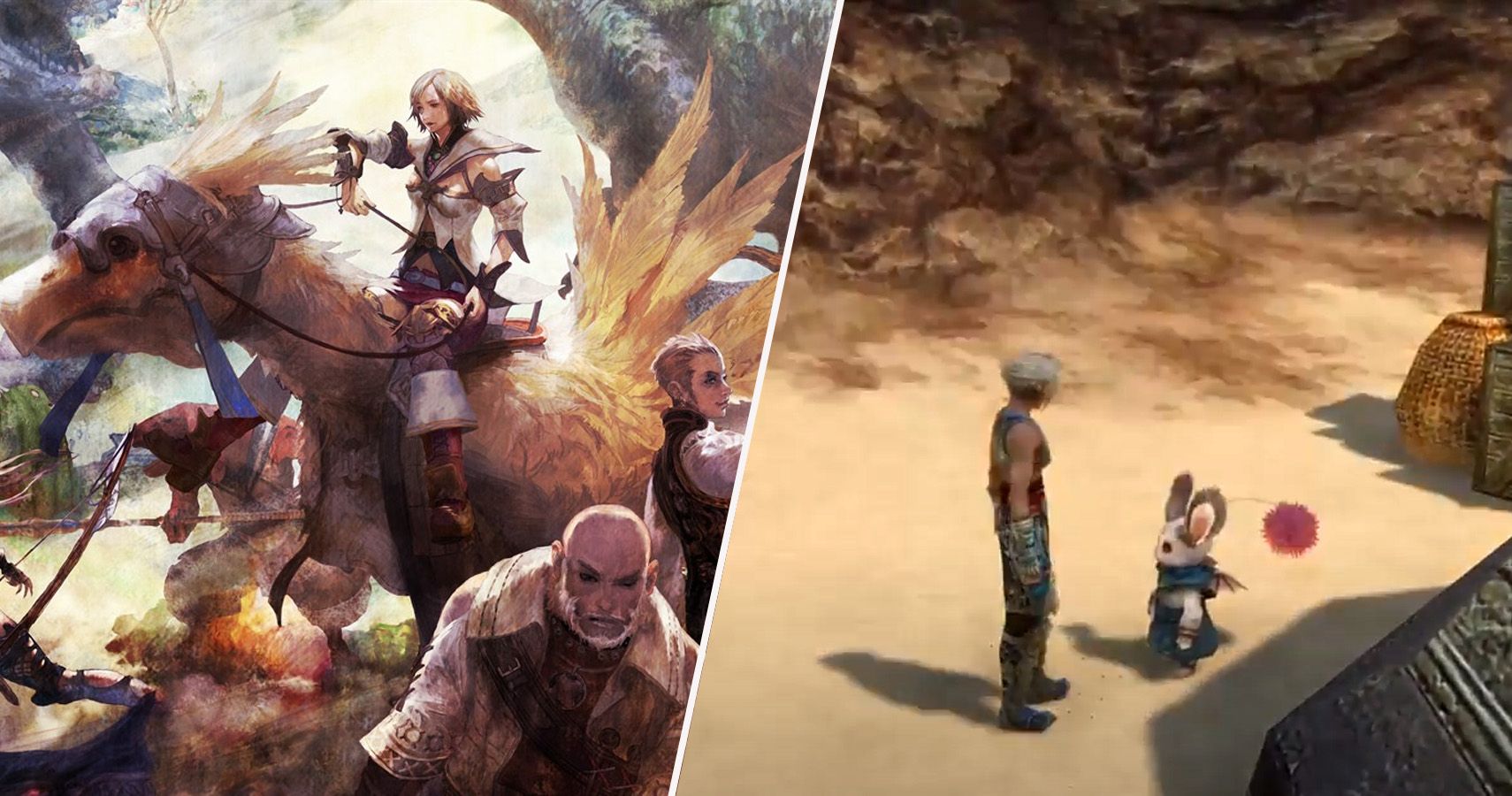 Dr Disrespect's Twitch Ban–It's Been One Week With No Answers

What Can You Do Before Bed to Have Better Sleep