Fallout 76’s Steel Dawn expansion is live now after an earlier-than-planned launch, and everyone has already been digging through all of the new items, armour, weapons, cosmetics, and quests that are available in the latest update. You should jump into the game and start the new Brotherhood of Steel questline ASAP. We’ve been digging through ourselves, and we know what you want to know. Should you side with Knight Shin or Paladin Rahmani in the Over And Out mission?

It’s a big decision. After several new Brotherhood of Steel quests leading you up to this point, you’re finally forced to make a choice between the old order of the Brotherhood of Steel, or the birth of a brand new faction. What should you choose, and what happens? We’ll go over all of that right here.

What’s happening in Fallout 76’s Over And Out mission?

You are working alongside the Brotherhood First Expeditionary Force, and they’ve been sent out to re-establish a connection with the Appalachian Brotherhood, all to work towards a united Brotherhood across the United States.

After working with them for some time, the team ends up receiving a signal which could lead to them contacting the Brotherhood of Steel members in California. The problem is, Paladin Rahmani would rather not contact them, and instead would lead her own unique faction of the Brotherhood of Steel, much to the chagrin of Knight Shin, who is lawful and faithful to the order.

So, who should you side with here, the one who wishes to make a new order, or the one faithful to traditions? 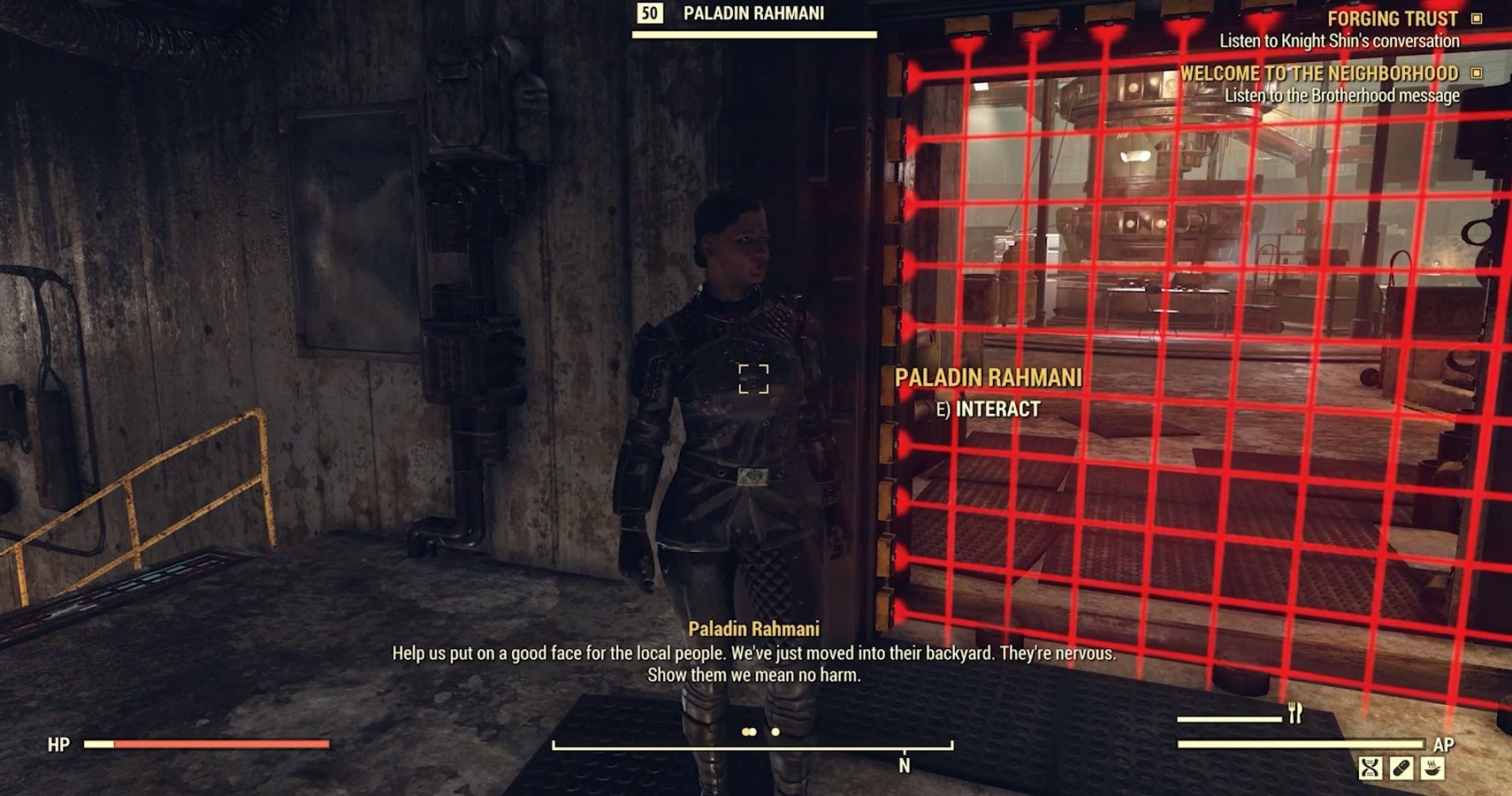 Okay, so it’s actually a little bit more complicated than traditionalism VS modernism. Knight Shin believes that Paladin Rahmani should be returned to Lost Hills and tried for war crimes, which definitely gives her an extra motive to not want to return.

When talking to Paladin Rahmani during the final section of the Over And Out quest, you’ll be given the following options…

Those are pretty bold choices, and you would assume that your decision here will be massive, causing big changes to the story moving forward. You should go with your gut instinct regardless: are you turning in Paladin Rahmani, or are you betraying the Brotherhood? 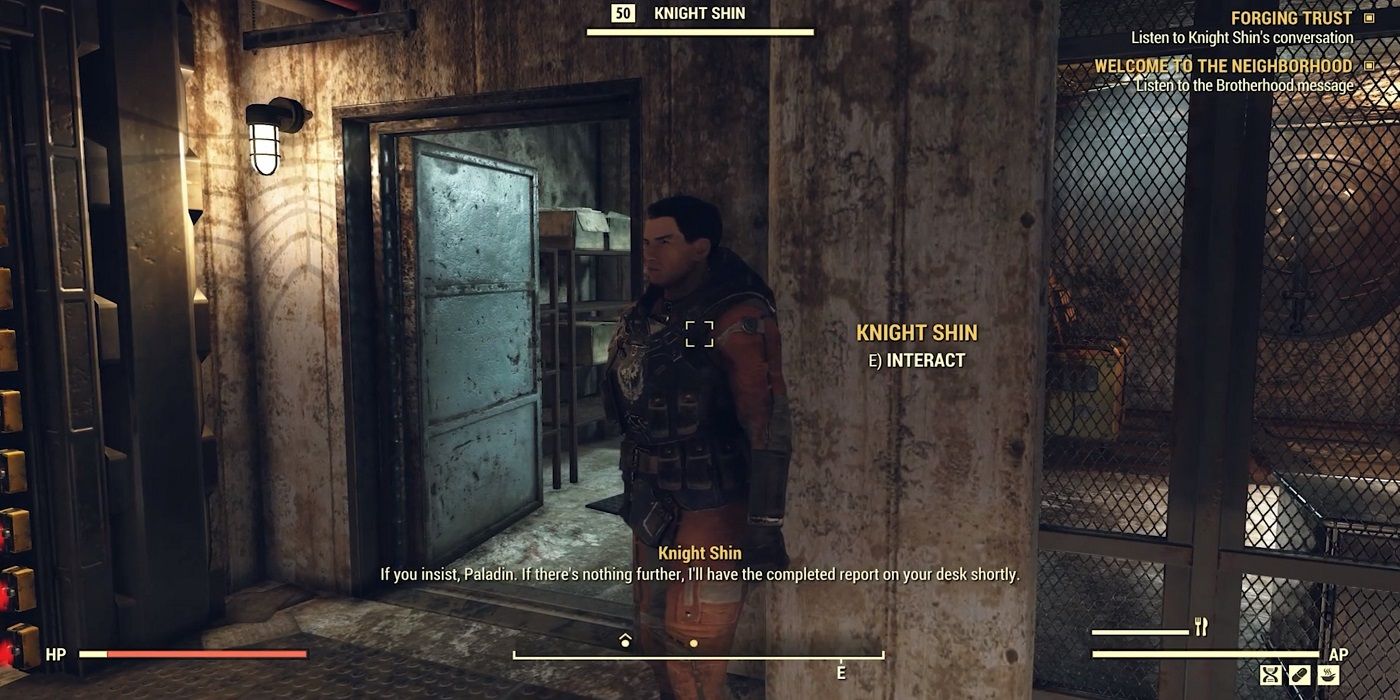 Does it matter what you choose in Over And Out in Fallout 76?

Sorry, what you choose doesn’t actually matter a bit in the short-term. Regardless of what you choose, Paladin Rahmani will act out and destroy the transmitter. A bit of an overreaction, because Lost Hills doesn’t sound quite as bad as The Hague.

Regardless, that’ll trigger the end of the Over And Out quest and will begin a new quest featuring some big beasties immediately after. Good luck…

NEXT: Fallout 76 Should Have Brought Back Labor Conflict Instead Of The Brotherhood Of Steel

Wipe Away The Tears With Kingdom Hearts Tissue Box

The Last Of Us Part 2 Pre-Order Guide: Collector's Editions, Pre-Order Bonuses, And Merch